During debates about actual parts of the world, it has become a recent trend for the AH.com President to annexe parts of it, especially if they are disputed territories, because as everyone else bickers about them, AH.com can slip in unnoticed and take over. Besides, they're much better off under enlightened AH.com rule of course. All such territories are under the rule of the President in the name of Ian who appoints a Protector, Viceroy or other type of leader to administer them. This phenomenon has become known as the Sargon Doctrine seeing as the policy was initiated by Acting President Sargon

They are sometimes collectively known as the AH.commonwealth, and the organisation dedicated to spreading AH.com influence is called the AH.COMINTERN.

Thande came up with this map illustrating the memes of AH.com. Sargon has added the current Territories to it. Note that more may be added if and when other territories are annexed: 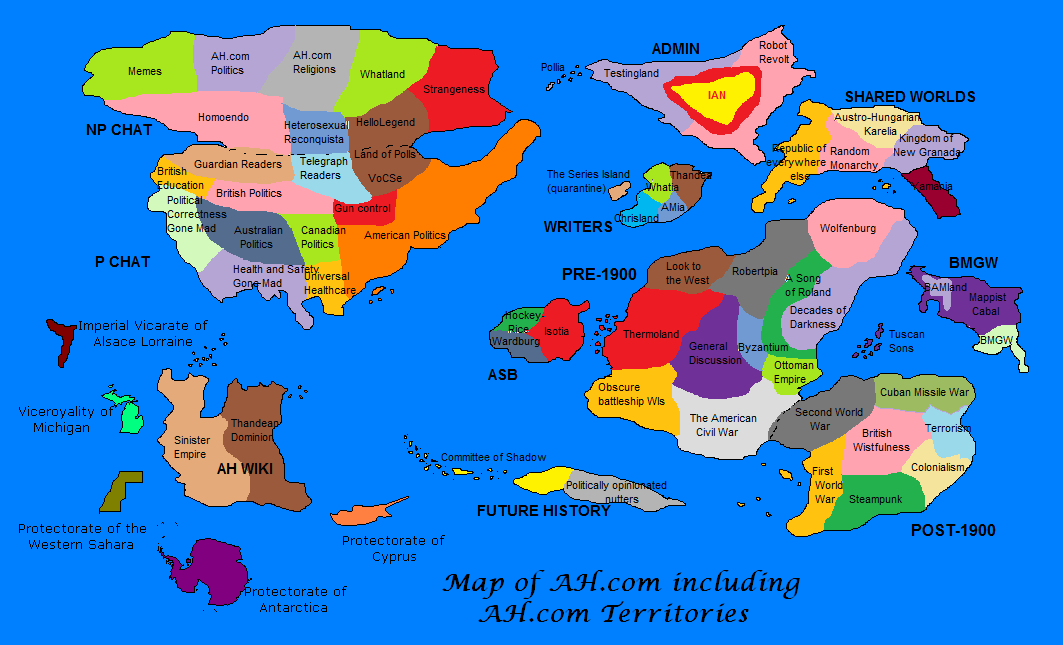 Map of AH.com & Territories Including Planets and Moons 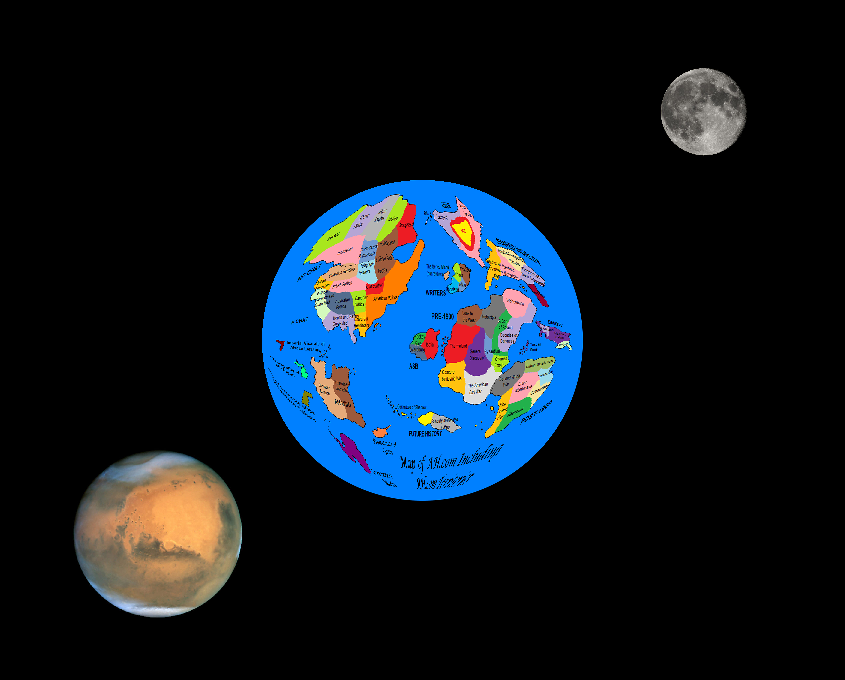 Map of The World According to AH.com

Conversely, this is how the rest of the world looks like to AH.com as prepared by Hermanubis: 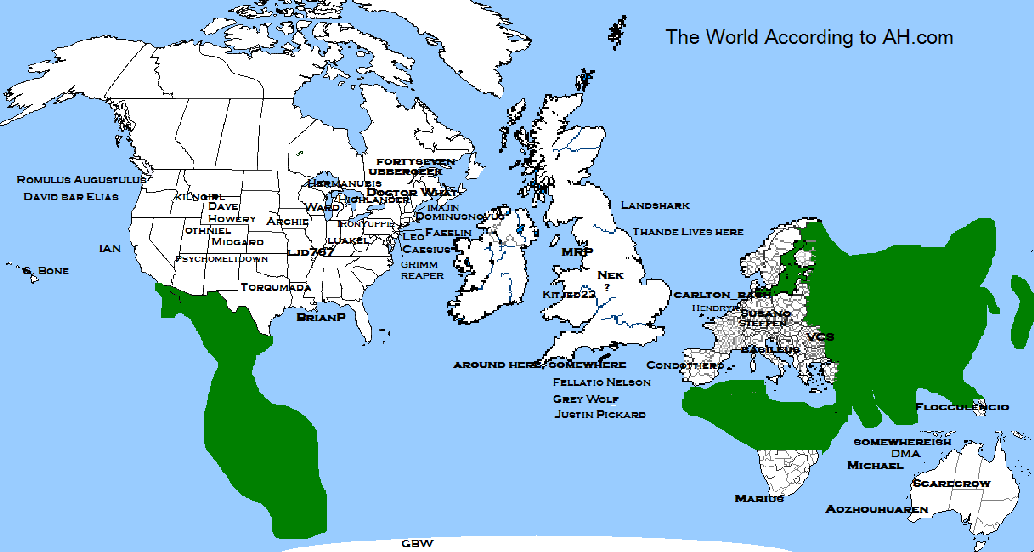