This Mediterranean Island that was formerly under British control has been the scene of many events over the years, yet today is divided into two halves following the Turkish invasion of the place in 1974. The Turkish Republic of Northern Cyprus occupies the northern third of the island, whilst the southern part consists of the Greek Republic of Cyprus. The United Kingdom's military retain two major bases on the island considered sovereign territory at Akrotiri and Dhekelia. The status of the island and the divisions present have caused heated and fracturing debate between Greece and Turkey. The British seem to be relatively ignored by all this, happily playing cricket and enjoying tiffin in their two Sovereign Base Areas, whilst letting the natives argue the rest of it all.

Here is a map showing the division between Greece and Turkey as well as the British Sovereign Base areas: 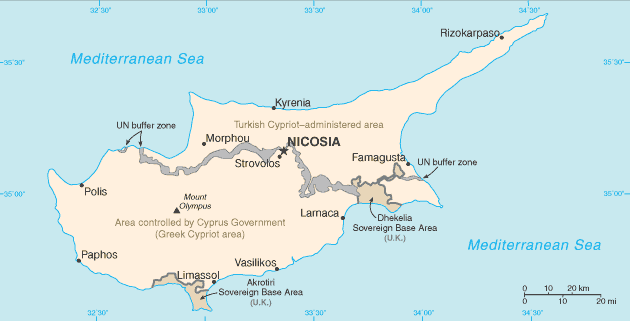 As a place that is disputed, it is of course a prime candidate for AH.com control. With this in mind, and fed up of the bickering that was going on about the place, Acting President Sargon issued an AH.com Presidential Declaration on the 24th December 2007 and annexed it as an AH.com Protectorate, and put Landshark in charge as Protector with Keenir as his Deputy Protector.

Dan1988 is the President and CEO of the company running all TV and radio stations in the Protectorate, and was issued the licence on the condition that he shows Being Human, Doctor Who and Blackadder subtitled and/or dubbed as necessary for local consumption in various languages there. Movie Nights are also shown on the network. The British Sovereign Base areas are also part of the Protectorate, and seeing as Landshark is a Brit, they are happy enough with the deal and we now have places to deploy AH.com Armed Forces from as well. Sargon, in his capacity as High Drungarios of AH.com Naval Forces has established a headquarters there and units of the Imperial Republic AH.com Navy have already arrived carrying AH,com Marines to establish the garrison. Other units have arrived ferried by AH.com's impressive fleet of Byzantine and Ottoman Zeppelins.

Below is a map of Cyprus as viewed from the Orbital Control Platform, pictured under AH.com control with no borders between things, which is of course, much better: 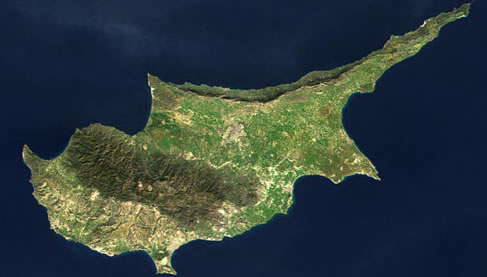