This red planet is the fourth planet out from the sun in Earth's Solar System. It is named after the Roman God of War, and on clear nights can be made out in the sky. A very similar size to Earth, the Martian day is also very similar being pretty much the same as Earth's 24 hours. Space agencies dream of sending expeditions to this barren planet, just so that they can say they are the first to get there. However, they may well be disappointed as they'll find Duck Dodgers reached there 50 years ago and probably wrecked the place dealing with the local Martian, accounting for the current condition of the place.

On the 28th May 2008, this world was announced as annexed to AH.com by Sargon under the Sargon Doctrine since the world can't decide who should own it. Dave Howery has been appointed reluctant King/Caesar of the place, since King of Mars is a cool title, and Caesar seals up the Roman connection nicely. Sargon is Emperor/Augustus of Mars, since an entire planet warrants such a bloated title. Seeing as EvolvedLupine loves Martian Tripods so much, he's in charge of the army of them located there, and he can go off stomping about the place to his heart's content. The local tourist office plans to make loads of money off conspiracy theorists flocking to the place to look at the canals and faces carved in the surface which the AH.com Engineering Corps has so conveniently set about putting in place.

Movie Nights are beamed to Mars, and they have no problems with lag, as given the time taken for transmissions to get there, it makes no difference to them anyway.

The Imperium of Mars was never formally ended when the AH.com Politics RP was ended, and thus in Board culture it survives with all positions intact.

As always, we have an image of the place as seen from Ian's orbital platform: 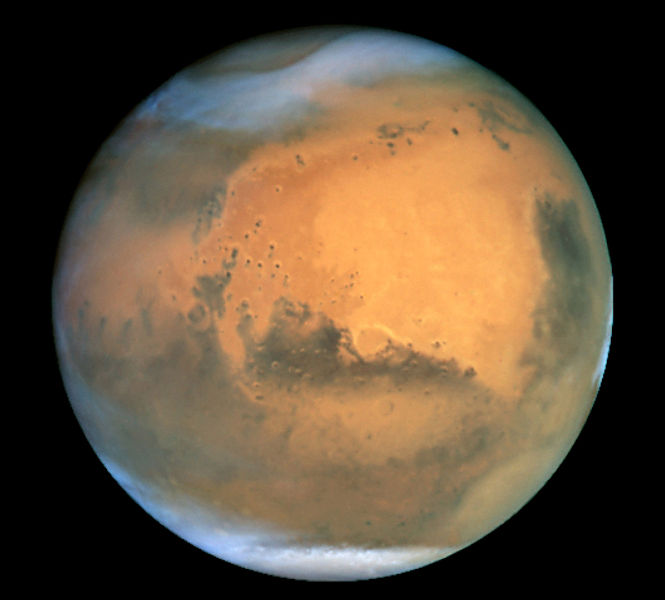