A state in most versions of the US. Michigan is known in the United States for its now failing Auto Industry, and seemingly outside the US not for anything. Its largest city is Detroit, with nearly half the population living in the Greater Metro area. Capital is Lansing, Grand Rapids the second largest city. Sault Ste. Marie is the oldest city in the state.

Unusually, Michigan is separated into two parts by Lake Michigan; the smaller northern part, the Upper Peninsula, is sometimes referred to as 'a colonial possession'. The larger southern part, sandwiched between Lakes Michigan and Huron, sees itself as a peninsula. This is reflected in the state's motto (translated, “If you would seek a pleasant peninsula, look around you”) and a rejected name for it considered by the US Congress, 'Chersonesus' (a Greek name meaning peninsula and used for the Crimea, among others). It is often said to resemble a hand (presumably encased in a mitten).

Below is a map of Michigan:

Michigan has a historical rivalry with Ohio, the two even fighting a war over the Toledo Strip, and this is reflected in the attitudes of AH.commers from the two states towards each other. The rivalry is particularly exemplified by the competitiveness of the universities of the two states.

Since so many Board members come from here, it was only a matter of time before it became annexed under the Sargon Doctrine to AH.com once Thande kicked off a thread entitled Could AH.com take over a country. As a result, it is now considered one of the greatest of the AH.com territorial regions. Movie Nights are beamed into the area satisfying even the AH.com Michigan Militia with the showing of war films full of action.

The Viceroyalty was never formally ended when the AH.com Politics RP was ended, and thus in Board culture it survives with all positions intact.

The obligatory satellite map for AH.com use as seen from Ian the Admin's Orbital Control Platform is below: 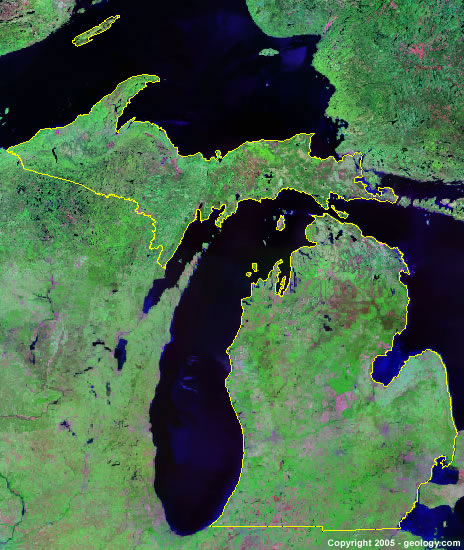 An almost inordinate number of AH.commers seem to come from Michigan. This has led people to theorize that this is caused by something in the water. Also, the seemingly inflated population of Michigan is a clever ploy to cover up the nonexistent populations of the fictional states of “Montana” and the “Dakotas”. See also Montana and North and South Dakota

If you're from here, feel free to add yourself to the list.