This was the very first Parliament in AH.com history, elected on August 8, 2006 and convened on August 9, 2006. Many later parliamentary and governmental practices, such as the President's appointment of the Cabinet were established. Unlike later Parliaments, the 2006 Parliament was largely inactive and passed only one bill, the 2006 Runoff Election Act. This Parliament dissolved on August 21, 2007.

Midgardmetal of the Evil Party served as Prime Minister during this Parliament. 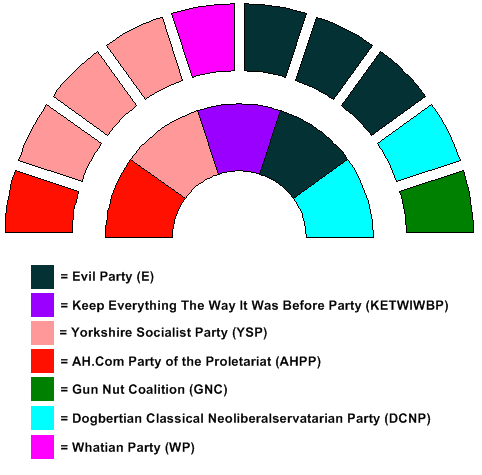