The Yorkshire Socialist Party is an AH.com political party founded by Thande. In his absence the co-chairs are Kidblast and Nekromans. The Party won 4 parliamentary seats in the 2006 elections, reduced to 3 seats in of the 2007 elections but increased once more to 4 in the 2008 elections. It also won a vice-presidency in 2007. 2007 saw a schism between the Real YSP led by Kidblast and the Imperialist YSP led by Nek, but these re-amalgamated before the election.

It should be noted that the name of party does not imply a socialist party based in Yorkshire, but rather a party which subscribes to the ideology known as Yorkshire Socialism. Yorkshire Socialism is different from normal socialism in that it does not oppose nationalism, regionalism or roast beef. In other respects it bridges all sorts of area from the political left, from the religious character of Britain's Christian Socialists of the 19th century, to the 'let's pour all our money into an extensive manned space programme' of the Krushchev Soviet Union.

In 2008 the Zombie Bismarck Party under Krall was amalgamated into the YSP, as the YSP had always supported Zombie Rights, which was the ZBP's most important and defining policy. It should be noted that not all members of the ZBP joined the YSP upon the ZBP's dissolution.

The YSP won two seats in the Landsraad Special election of March 2009, but a month later the party failed to win a single seat in the Alsace-Lorraine Territorial elections, signalling that the party was collapsing. It did not register any candidates in the General Election of 2009, held in August. The party is currently dormant.

As defined by Thande:

What is the Yorkshire Socialist Party?

We stand for freedom, justice, equality, and any other suitably nebulous concepts that don't require us spending any cash.

We stand for worker's rights, for vital public services whose quality is guaranteed by government bodies, but private ownership is allowed to increase competition in non-essential areas.

We stand for a welfare state that supports those who are genuinely disadvantaged and seeking to serve their Realm, yet does not permit the lazy and the treacherous to sponge off the State Treasury. Yorkshire Thrift at its best. And free Yorkshire Puddings for the former group.

We stand for the Preservation of Cool Stuff, such as monarchy, religion and an extensive manned space programme.

Join us now, and let us plant the Red Banner and the White Rose atop the AH.comstag!

WORKERS OF THE BOARD, UNITE!

(By Historyfan 92 to the tune of the Internationale)

For reason in revolt now thunders,

and at last ends the age of cant!

Our flag shall rise above all others

in the good democratic way

United against all opposition

we shall stand together and say:

And the last fight let us face.

And the last fight let us face. 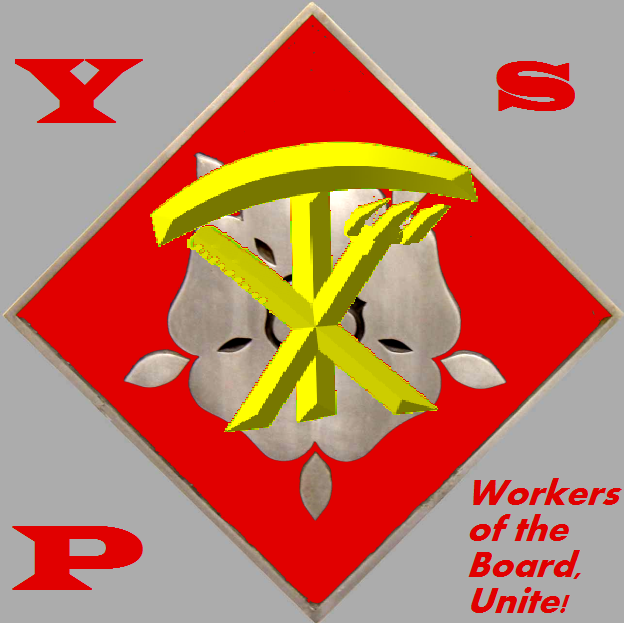 The red field is for socialism. The knife and fork are for the cutlers of Sheffield, the pickaxe for the miners of Barnsley. The crown is a reminder of the party's lack of hostility to monarchism and other cool traditional stuff. The white rose represents Yorkshire. 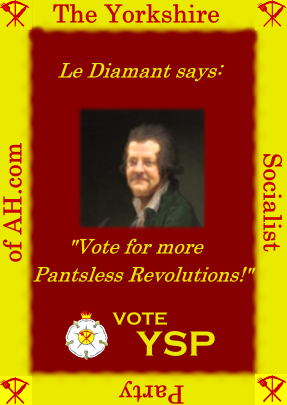 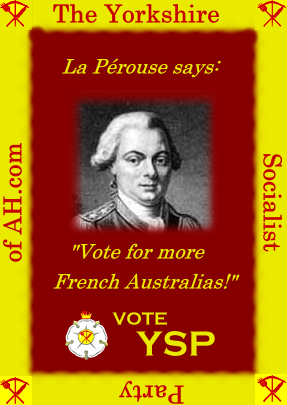 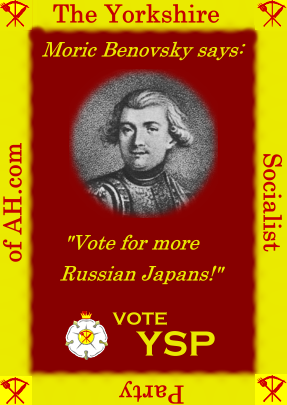 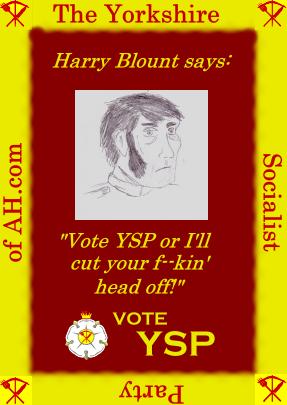 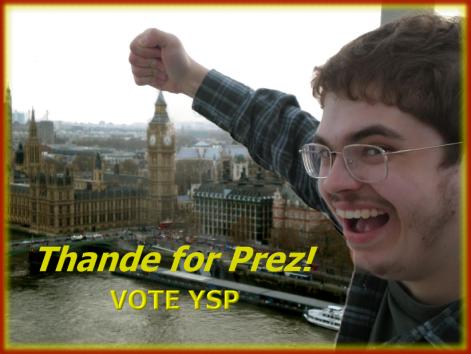 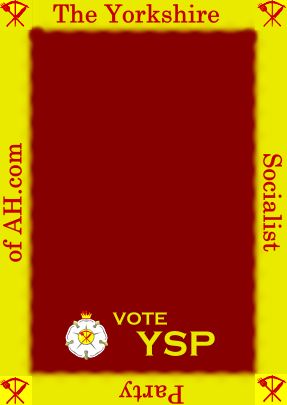