Tex Arkana said:
No way Reagan would have lost Nevada or New Mexico
Click to expand...

Not even against Lloyd Bentsen?

Joseph Weaver said:
Not even against Lloyd Bentsen?
Click to expand...

Nevada definitely not, maybe Bentsen being from Texas would have helped him in New Mexico though

Here's a larger version of the map from here, of the 2009 Pakistan election in my United Front Continued TL

Pakistan still sees a reaction against the PML-Q of Musharraf. But unlike in OTL where the PPP and PML-N were the primary opposition parties, there's also a third major opposition party, the Islamic Worker's Party (IWP), in red, with support both in urban areas and in the rural mountainous north/west regions. The PPP, led by Ameen Faheem, form a coalition with the IWP, just narrowly short of a majority with the two parties by themselves and getting support from some additional minor left leaning parties 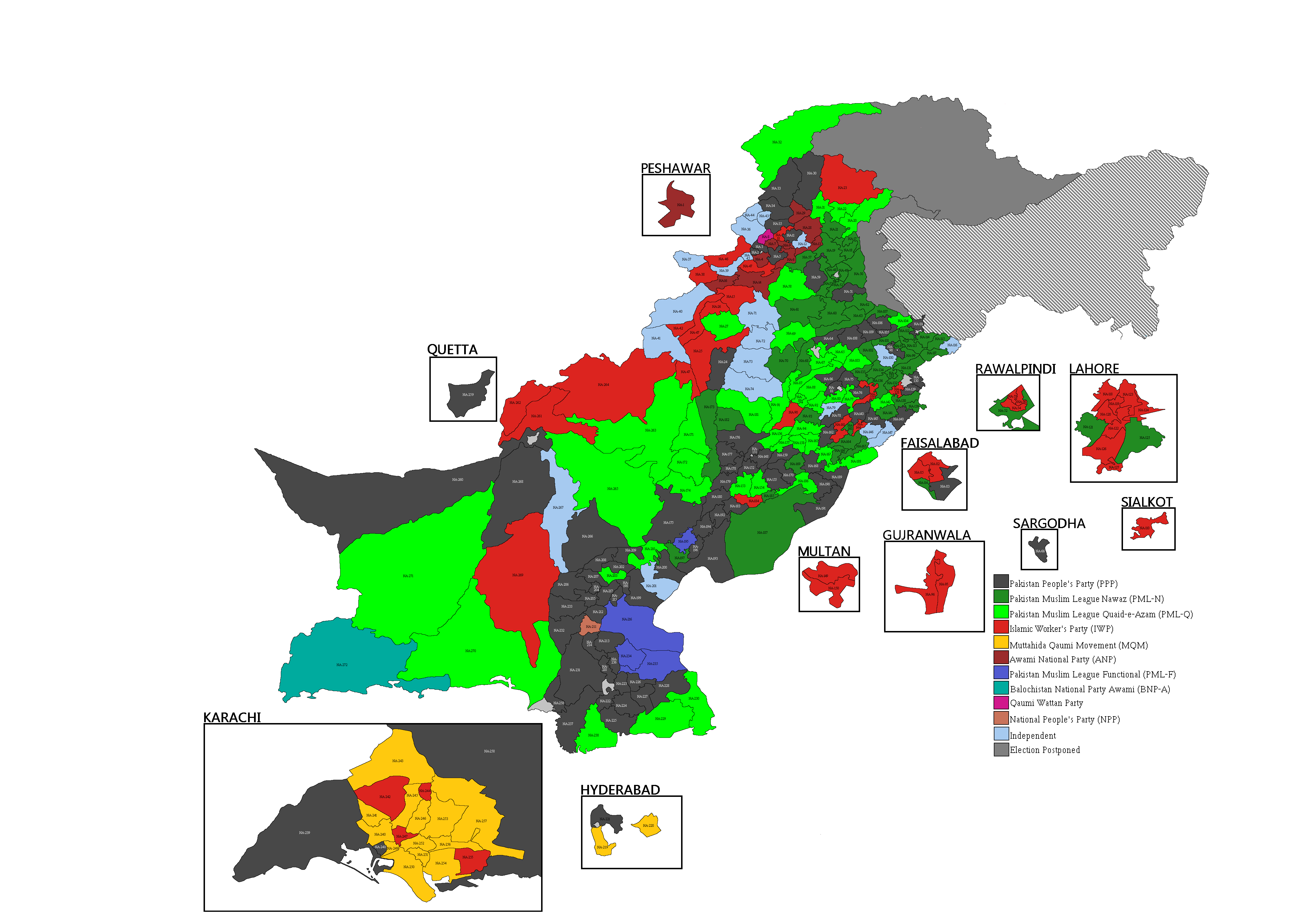