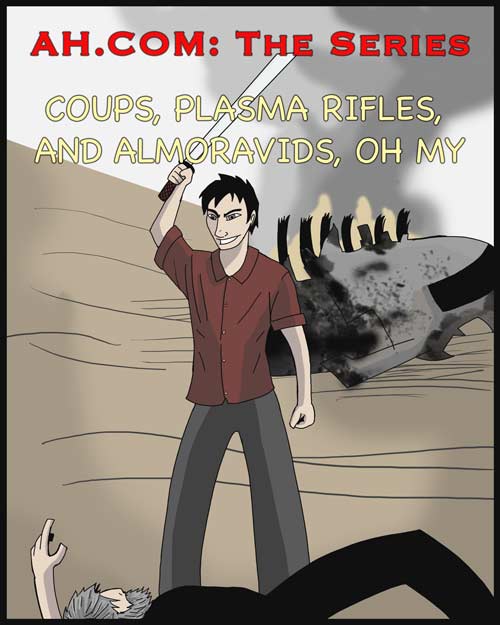 Written by: MerryPrankster (which he could not open his mouth without mentioning for the whole 6 months before it was aired)

The plot revisits themes from earlier episodes such as AFTER CUBA and CLASH OF CIVILIZATIONS. It essentially consists of MerryPrankster launching a coup against Ward for control of the CF.net and briefly succeeding, using his position of power to gain funds by selling plasma rifles to a super-Almoravid nation in their war against the Christians of North Africa (based on Merry's own 'Great North African Crusade' timeline). The AH.commers assisted the Christians and in the end Ward took control back, killing most of Merry's supporters but keeping Merry himself and promoting him to third in command.