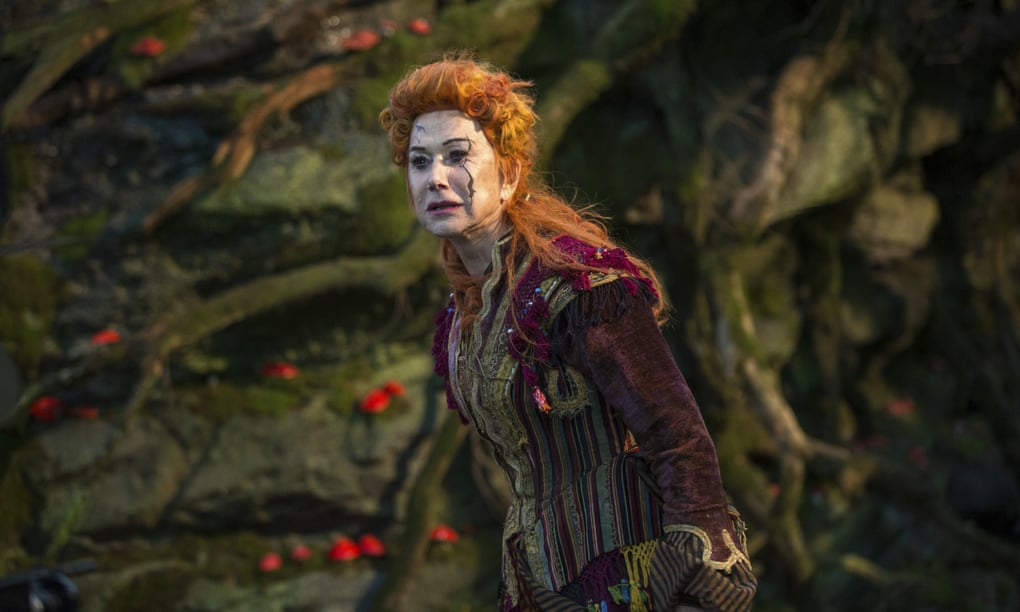 Helen Mirren as the Alternative 7th Doctor in Schism.

Well 8 will stop Alt7 but I wonder how much damage it will do to the TARDIS and of course 8....

Is that who you think will become the doctor next

kirbopher15 said:
Is that who you think will become the doctor next
Click to expand...

I think it's possible. Around this time OTL she was done with Blackadder and had done some serious roles. With an ATL Doctor being a woman you could have the Doctor regenerate as a woman due to tachyonic radiation interference or something. And Richardson would make a good Doctor.

Sorry to disappoint everyone but 9 will be male. I did have MR as a female doctor in "Silk And Steel" but never got round to finishing it. There was "Blackadder Back and Forth" in 1999 which she reprised Elizabeth I so that would have precluded her from this. I hope that when 9 is revealed it will be a surprise
----------------------------------
The Alt-Doctor's eyes glow a furious red.
"Run" shouts the Doctor. He and Mary bolt for the TARDIS. The Alt-Doctor fires a beam of pure energy at the TARDIS which dematerialises in nick of time.

On the TARDIS the Doctor is frantically manipulating the controls to go anywhere but every co-ordinate he tries fails. Its as if the arrival of the AD has caused time and space to start collapsing in on itself.

Back on Earth the AD moves away slowly through the crowds who fail to notice her attire.

On the TARDIS the Doctor is recovering his composure but the mood is tense.

The Doctor turns and says:
"Every world, every time, every decision has an opposite, a doppelgänger. Our universe isn't the only one. Every choice we make is mirrored elsewhere, every event has its alternative conclusion. You could have let me die in 1867 but you didn't because of your compassion. I could have killed the Master but I didn't because of my compassion. She has no compassion. Her family was killed, her world destroyed and it was because of me"

"It wasn't because of you. You can't be responsible for actions in other universes. You're only responsible for what you do here just like I was responsible for helping you in Plymouth. It's not your fault. You had to stop Rassillion from destroying Gallifrey and Camelot and in this universe, our universe you did it. You did nothing wrong"

"But she's here in this universe and that is wrong. Time and space and reality, any reality are balanced, balanced in ways no-one can understand, not even time-lords and when that balance is gone the effects can be horrific. I know she's scarred and hurting but I have to stop her"

"I have to kill her"

"Can Time-Lords be killed?"
"Yes, shooting into both hearts, cutting off oxygen to the brain.."
The Doctor's face is impassive while Mary's is a contorted mass of emotion. She moved towards the Doctor.
"Can you do it though? You have killed before but they were outright evil, Daleks, Cybermen. This is one of your own. Yes she's tormented but surely there's a different way. I hate what the Brethren did when they expelled me but I couldn't kill them. There has to be another way"

"How can I do that Mary? How can I put that right? Time-Lords are incredibly powerful and have the most amazing abilities but we know there are limits. Millennia ago my people used their powers in the most disgraceful ways and we paid a monumental price with the Pythia."

"And it was you who resolved that. Can't you...can't you travel into that universe ad do something"

"That's out of the question. Apart from the huge amount of power that the TARDIS would need we would be causing more damage to both this universe and that one. Plus Rassillon and his forces are still dominant over there. We wouldn't stand a chance...THAT'S IT! Mary you are incredible.

The Doctor grabs Mary by the shoulders and kisses her full on the lips.

Always another way heh? That's the Doctor I like.

The Doctor starts manipulating the controls. Was it still reachable. Yes it was. The TARDIS moves through space-time. As it does so the Doctor opens a panel and types a series of letters and numbers onto a keyboard. The time rotor slows down and stops.

"Where are we" asks Mary.
"The Nuton Power Complex on the South-Eastern coast. It's been a while since I've been here. That nasty business with the Axons in 1971"

The view screen shows an aerial view of the complex. The Doctor pulls up a schematic and starts to calculate how to get in. He explains to Mary that the outer shell of the TARDIS can absorb and deflect many forms of energy including nuclear. The plan is to lure the Alt here and using a combination of the TARDIS and the nuclear reactor send the Alt into a pocket universe and freeze it forever. That would lead the alt-universe to reset itself and hopefully stop those versions of Camelot and Gallifrey from being destroyed.

The Doctor looks at the grandfather clock in the corner of the control room. It's 10.30 PM. There's just enough time.Mary asks if she can help. The Doctor asks her to fetch. a box from a locker on the other side of the room. She fetches it and gives it to the Doctor who promptly aims his sonic screwdriver at Mary and flicks a switch rendering her unconscious.

The Doctor carries Mary over to a chair and slumps her into it.

"I'm sorry Mary but I can't lose anyone else. Please forgive me"

The Doctor kisses Mary on the forehead, walks over to the controls and programmes the TARDIS to land inside the reactor room...

The Doctor enters the reactor room. There are two staff members who are quickly neutralised by Venusian aikido. The Doctor opens his bag and pulls out a set of cables and a small keypad, he sets to work.

In the TARDIS Mary is still out cold. The console flashes an unearthly red.

Back in the reactor room the Doctor has completed his connections and is just about to finish the circuit when he becomes aware that he isn't alone. Turning around he sees the Alt-Doctor.

"You are too predictable" She says. "You and I have the same brain. You must have known that I would suspect your plan"

"There is a certain comfort in predictably. It's something I approve of"

"Approve, such complacency, such arrogance. They were characteristics I used to have, I used to enjoy them. They gave me a spark. Yet I always tempered them with thoughtfulness and care. WHERE WERE THOSE NOTIONS WHEN YOU CAUSED EVERYTHING I CARED FOR TO BE DESTROYED!"

Inside the TARDIS Mary is beginning to wake up. She tries first to open the doors but they are locked. Stumbling to the console she tried everything she can think of but the TARDIS resolutely refuges to budge. The red light is getting deeper. At that point the rotor starts to move...

Also means our Doctor knows what you are going to do AltDoc.

The TARDIS dematerialises leaving the Doctor and the Alt-Doctor alone

"Even your own TARDIS has left you to your fate. I will destroy you"

That energy may be giving you immense power but its also tearing this universe apart. Yes you will kill me but you will also destroy this universe. Trillions, quintillions of lives on Earth, Rutan, Sontara Prime, Gallifrey and every other world, moon and station across time and space. And then what? You can't escape to another Universe not without a TARDIS. I sent it and Alice away. I've trapped you here. You'll kill me and yourself."

"We are in a nuclear reactor. We are as vulnerable to radioactivity as humans are. We're not protected. I'm dying and so are you. Im dying from radiation poisoning and you're dying from both radiation poisoning and cellular damage. Both of us are doomed. And that is the difference between you and me. Your anger and vengeance are justified but that cannot give you the right to rip all of time and space apart. Rassillon also thought that and look what happened.

We are time-lords. We are powerful aliens but we are NOT gods and anyone who thinks they are gods must be stopped. I'm prepared to die for that. Are you?" 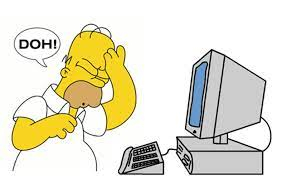 Outside the station the TARDIS has rematerialised. Mary stumbles out of the doors and drops to her knees her sight blinded by lights.

In the reactor room the room continues to break apart. The Alt-Doctor screams and emits a blast of energy from her eyes hitting the Doctor in the chest and knocking the screwdriver out of his hands . He falls to the ground. The Alt-Doctor approaches him.

"This is for Leela, for Arthur, for, Goth, for Andred, for Gallifrey and for me" Her eyes glow red. Suddenly the Doctor rolls over and grabbing the screwdriver presses a button. A portal opens behind the Alt Doctor and a huge gravitational forces starting pulling her in. In desperation she grabs on to the Doctor's leg and tries to pull him in but her strength fails. With a howl she is pulled into the portal. A weakened Doctor is able to close the portal.

As the room regains its form the TARDIS reappears. The Doctor drags himself into it and it takes off. The Doctor is lying on the floor, his moment has come.

The TARDIS lands outside the complex and the doors open. Mary rushes in and the Doctor's last words are:

"There is always a way"

And as the clocks chime in the millennium the Doctor regenerates....

The Doctor goes out saving the day Again.

Hope the Doctor is nice. 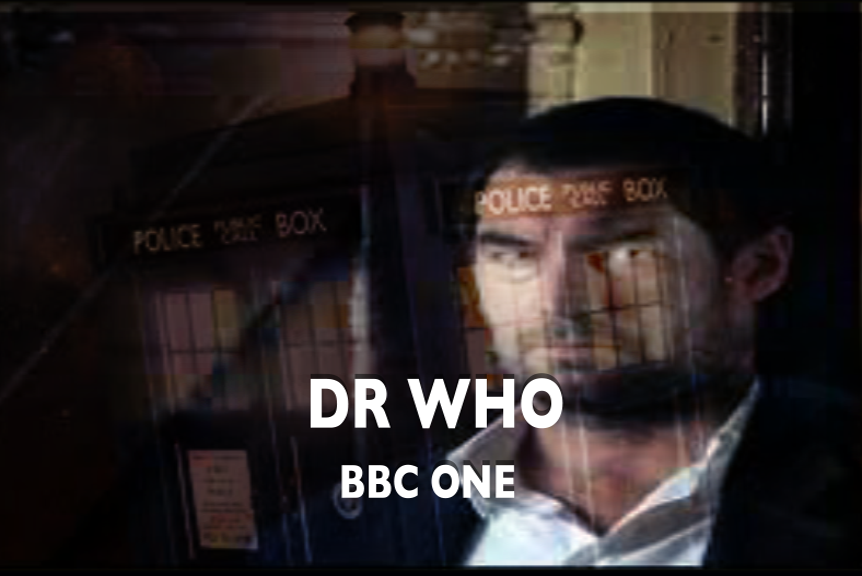 Who is that playing the doctor

kirbopher15 said:
Who is that playing the doctor
Click to expand...

kirbopher15 said:
Who is that playing the doctor
Click to expand...