Would the BBC really walk away from a deal with Disney? Feels more like they would find a way to move forward. The Disney deal gives them access to the American market they will never throw that away even if it means changing Doctor or scripts.

Not 100% sure on Mo Mowlam's ascendency, but she probably would be a decent 'middle candidate' though her health problems might be a concern. Still will be interesting to read about her time in office. Maybe she can win that third term. Maybe she uses Labour's majority to do more radical things that Blair did like Rail Nationalisation or reform of the energy sector, or BT/phone modernisation or, or or.....

Ogrebear said:
Would the BBC really walk away from a deal with Disney?
Click to expand...

Surely they would, when they find out they're trying to make a monopoly.

As we've seen in OTL when America got their hands on DW the results were shall we say mixed (although I didn't think the movie was that bad). Also there has been a lot of pushback against the disney-fied Star Wars and MCU In this TL it was more basic. Disney's profits were under threat due to racist attitudes from "the south"

I'll return to PM MM in the next post. Just for the record ITTL Smith passes in October 1999 with his last public appearance at the opening of the Scottish Parliament.

kirbopher15 said:
If you don’t mind me asking @nezza will what is happening with Disney mean that there will be a new show runner for doctor who ITTL
Click to expand...

Of cours @kirbopher15 .The Disney deal is dead after 1 series. The show runners stay the same until the end of the 9th first series.

nezza said:
Of cours @kirbopher15 .The Disney deal is dead after 1 series. The show runners stay the same until the end of the 9th first series.
Click to expand...

kirbopher15 said:
Ok then and when would that be do you have a year in mind for that
Click to expand...

1.Breakaway
The TARDIS is damaged by an Ion storm forcing it to land in Plymouth 1867. The Doctor is injured and is found by a group of Plymouth Brethren. He's tended to by Mary Carter (Susannah Harker) and unmasks a murderer. The Brethren resent the Doctor for 'bringing evil to our land' and expel Mary for helping him. He and Mary leave in the TARDIS.

2. Pyro
The Doctor and Mary land on a moon which is being used as a testing ground for a new energy extraction idea. Three people have been found burnt to death and it is revealed that the moon is the home of a heat-based lifeform who has ben injured by the tests.

3/4. Coliseum
Landing in Ancient Rome the Doctor and Mary get caught up in a plot to assassinate Nero.

5/6. Interlocutor
The Doctor finds himself as a peacemaker between the Sontarans and The Rutans whilst foiling the Ice Warriors.

7. Knife Edge
Mary is taken ill and the TARDIS land on a futuristic hospital ship. There he finds himself being miniaturised to enter Mary's body and save her life.

8. Pole Position
The Doctor and Mary enter a Galactic race and must foil an attempt to rig the competition

9/10 Arise Auton
On holiday in Japan the Doctor and Mary discover that the Autons have returned and are using Japanese technology to create a new more dangerous form.

11. Gloriana
In Elizabethan England the Doctor and Mary find themselves on the Armada and must keep themselves under as low a profile as possible to avoid changing history

12.Shadows Of Time
The Doctor is troubled. Something is approaching and it worries him. Landing on Earth in 1999 he finds that a dimensional tear has been opened and he finds himself facing a terrifying glimpse of the other side.

"Mary was a miserable bitch. She never smiled. Her character was as different to Rachel's as it was possible to get. She was in many ways a simple with a narrow view of the world and she was comfortable with that. You take her out of that and into the whole of time and space and its a shock and its one she was unhappy with and while she slowly acclimatised she was never happy" 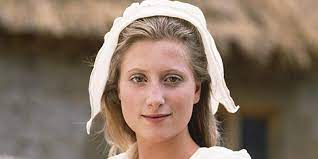 nezza said:
Michelle Gomez as Natasha Nightingale (In this TL Sally Sparrow was a companion of the 4th Doctor)
Click to expand...

I need to find the time , to reread this timeline from the beginning.

unclepatrick said:
I need to find the time , to reread this timeline from the beginning.
Click to expand...

I should have given that post a bit of thought. Real world issue breaking through. Just wanted to say thanks for the support.

nezza said:
I should have given that post a bit of thought. Real world issue breaking through. Just wanted to say thanks for the support.
Click to expand...

No problem . You are doing well with this thread.
Thanks for your hard work

As with Panoptican in 1994/5 all energies were focused on the Millennium Special...well nearly. In April/May 1999 Radio 4 broadcast a new fifth Doctor adventure. Tom Conti and Kate O'Mara reprised their roles for Ouroboros. Set on a deep space station The Doctor and Mel encounter a group of scientists experimenting with utilising the power of a Black hole and finding themselves trapped in a pocket dimension where time is repeating itself.

Back in Glasgow the main focus was on Danny Webb's final adventure as well as keeping the identity of the 9th Doctor secret right up to the regeneration scene on New Years Eve 1999....
Chapter 16: "Bit Insulting Isn't It?"

"I really didn't want to meet him, well to be honest I didn't want to give him the job. It wasn't because he wasn't capable, he was. It was because I felt that to offer him the role and for him to accept it would be an admission he had gone down instead of going up. We met in the Hilton Hotel in late 1997, I danced around the subject for about half an hour before he cut me dead and said "if there's something you want to say then it".

"Between 1999 and 2001 I was Deputy Executive Producer and Executive Producer Designate. Or DEP EPD in BBC speak. I started on Danny Webb's last story. That story and everything surrounding it was just insane. The BBC was determined and even obsessed with keeping the identity of the 9th totally secret right up until the regeneration sequence ended.

The security surrounding that shooting of that story was so tight it could have put Fort Knox to shame. Kevin and Penny acted like secret agents during that time. As far as I know only they and John McCormick who was the Controller of BBC Scotland at the time knew who 9 was going to be. We started making the story in March 1999 and every single day was overseen by security. The script readthroughs were so odd. The actors were only given their lines and every day the scripts were given to Kevin and he locked them up in McCormick's safe I mean it was mad.

The pressure was stupid and particularly from The Sun. Kevin, Penny and John played them for suckers when they 'accidentally released' the news that Helen was going to be in the story"

"This shouldn't be happening, you shouldn't be here" says the Doctor
"But I am here and so are you" says the alternative
"How, what..."
"I am an alternative version of your seventh incarnation. In my universe Rassillon wiped out the resistance and he found Camelot"
"Arthur, Innocet, Andred, Goth..."
"Gone, as is earth"

The Doctor collapses and has to be helped by Mary onto a bench. The alternative stares impassively, face and eyes motionless, she continues
"I escaped in my TARDIS but was pursued across time and space by Rassillon and his guards. Using what power I had left I used my TARDIS to enter a black hole then overloaded the generator collapsing it from the inside and tearing a hole in space/time causing the rift"
"How did you survive?" asks Mary
The Alternative produces a small device from a pocket

"A portable trasmat unit"
"Transmat?"
"Like the teleports the Autons used in Tokyo. Your TARDIS was destroyed?
"It was dying long before that. I had to cannibalise the trans-mat by removing the dematerialisation circuit and incorporating its schematic into my brainwave patterns"

The Doctor's face drains of colour.
"I'm sorry....I didn't think. Is that why you're here, to get my help?"
"No" says the alternative...I'm here to kill you"....
Last edited: Nov 21, 2021
Threadmarks
Reader mode
You must log in or register to reply here.
Top
Share:
Share
Top