A Republican Thread Destroyer featured in AH.com Wars. It was commanded by Commodore Midgard (who had previously commanded the Google Is Your Friend and would go on to eventually command the Overcompensator) and his first officer was Captain Imajin, who would go on to command the Flamewar.

The ship is so named because Baldie's transsexual experience is indeed one item that can derail threads, as we take every opportunity to bring it up… 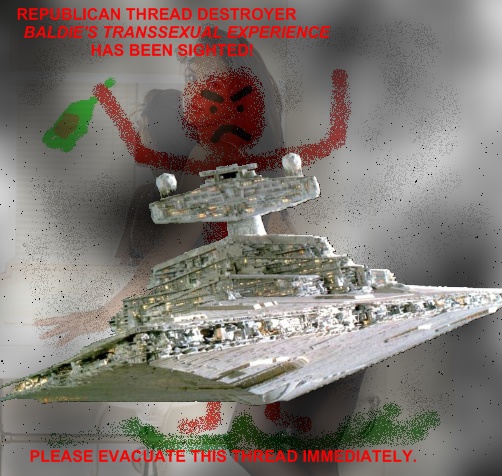