His Imperial Superiorityness' Destroyer Flamewar was a ship in the AH.com Wars universe. An Imperial Thread Destroyer. Originally intended to be the direct replacement for the Devastator in Episode 4, it later also featured in the battle at the end of Episode 6 and was possibly destroyed there.

Commanded by Captain Imajin and Lieutenant Aussey, two decent men who served the Empire because they reasoned, accurately, that monarchies are always cooler than republics. 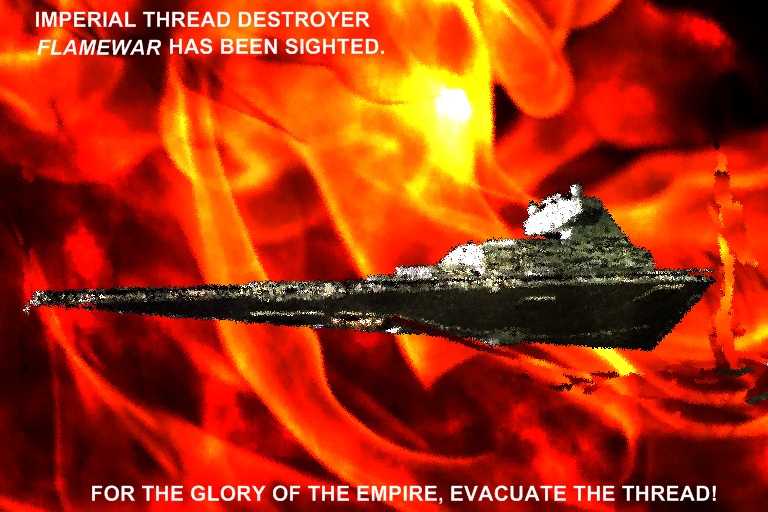