What does it mean on AH.com ?

The term “wank” describes a certain style of timelines and scenarios. In the original version of it, a single country is always successful, steadily expands, and generally does way better than is plausible. Later, the term was expanded to anything that can have success (nations, group persons, etc.) or even every tool that can be used to have success (like certain technologies); currently the meaning can be watered down to mean anything down to “has more success than IOTL”. The idea behind the name is that the scenario's author would masturbate about the subject in question. Wanks are generally named for their wanking subject, for example Ameriwanks (the original wanks), Japanwanks (or Nipponwanks), Socialism-Wank, Magic-Wank (if in ASB), etc, etc, etc.

Lately, the term has come under increasing critique, as many members begin to find it annoying, like a fad that has lasted too long. Also, newbish members display a frightening ability to use the term in their very first post.

A more moderate and less emotive term for 'wank' popularised by Analytical Engine is 'turbo-', as in e.g. “TURBO-AUSTRIA!!!!!!”

David bar Elias and Doctor What coined the term 'nation-bukkake' to describe a “wank squared” scenario.

Thande also suggested that unrealistic feminine-appealing scenarios, such as “Telepathic Dragons Who Are Our Friends”, should be termed 'X-frigs' as opposed to the 'my awesome home country pwns you all with its rocket tanks' masculine 'X-wanks'. 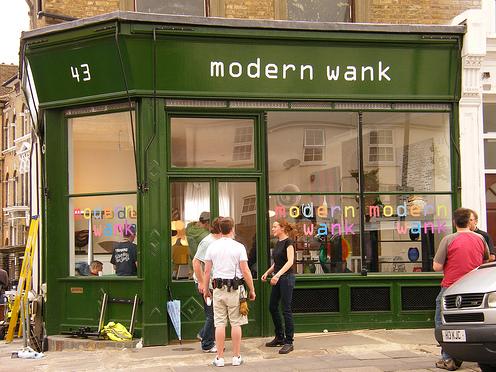 Types of AH Wanks - A growing list of AH wank nicknames by nation.

Alternate History Wank on TvTropes. - This phenomenon has received attention outside of AH.com too.

"Corrupt A Wank" Game - A now inactive thread with a casual game of one board member coming up with an idea for an AH wank, and another member following up that idea by reasoning why the wank would fail.

"Corrupt A Wank" Game 2013 - A currently active thread with a casual game of one board member coming up with an idea for an AH wank, and another member following up that idea by reasoning why the wank would fail.