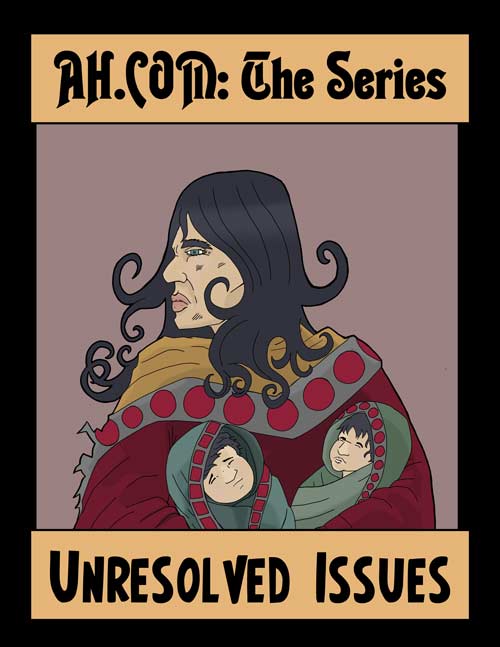 The episode begins with Alyson Hannigan yelling for Doctor What on the docks of the Hub.

Alt. Luakel and Chingo360 quit their jobs at the Multiverse Mart to find their old ship, the IP.net. Atta and Adikor, along with the Atta's children, run into more trouble as they are attacked by a mysterious ship.

On the AH.com ship, Dr. What and Weapon M are planning on a treasure hunt, much to Dave Howery's disapproval.

Alt. Luakel and Chingo360 catch a ride on a ship, beginning their journey to find the IP.net ship, but the ship they are on is attacked, by the CF.net ship and they are captured.

The Fallen, Mike Collins and Straha, are attacking a helpless planet. They make demands upon it and enjoy the spoils.

Ward interrogates Alt. Luakel, who pretends he knows were some treasure is. Skeptical, Ward shifts his ship to the coordinates that Alt. Luakel has given him.

The Mirror AH.com ship arrives to its tithe world to find the IP.net and the Fallen attacking the planet. After a brief fight, the Mirror ship captures Mike Collins and Straha.

Adikor, Atta's bodyguard and loyal servant, manages to find the AH.com ship and tells them that Atta has been captured. Dr. What is given a way to track her vessel and convinces the crew they need to rescue her, they are half hearted in the affair.

A confusing battle begins as the Mirror crew defend their ship, the CF.net tries to capture Atta and the children, the AH.com ship crew tries to rescue the children, defeat the CF.net, and Adikor tries to save his mistress. Not to mention Alt. Luakel and Chingo trying to escape the CF.net ship, Mike Collins and Straha attempting to ger revenge for their captivity, and the general mayhem of all three ships taking heavy damamge in the fight, causing systems to fail and equipment not to work.

Alt. Luakel, Chingo, Atta, and the children flee to the IP.net ship but they are forced to abandon it as the Mirror Psychomeltdown has rigged the ship to blow. Atta is telelported away by the Cf.net ship and the CF.net ship shifts away.