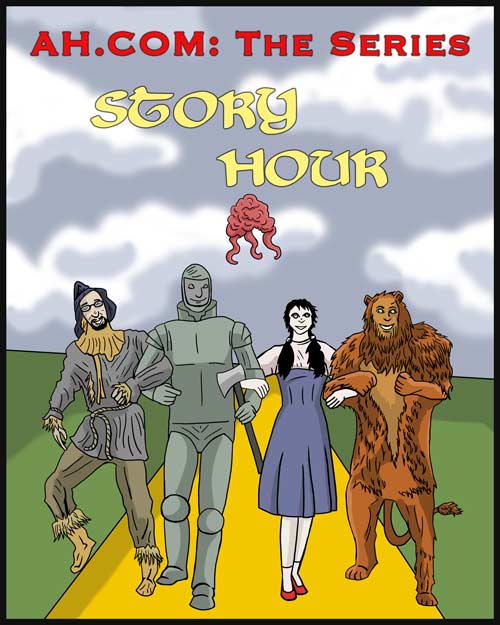 Like many Howery episodes, it takes place in a different context to the usual setting, in this case a story told by IronYuppie to Luakel (as Luakel is six years old in that scene, it later transpires that the storytelling scene was itself a dream sequence). The story is an AH.com parody of The Wizard of Oz, featuring “Luakelene” as Dorothy, Doctor What as the Scarecrow, etc. One of the author's favorite parts was casting a lot of the British members of the board as 'Buttmunches', twisted versions of Munchkins, who were dirty, drunken, smoking, slovenly, and prone to orgies. Most of the Brits still haven't forgiven him for that.