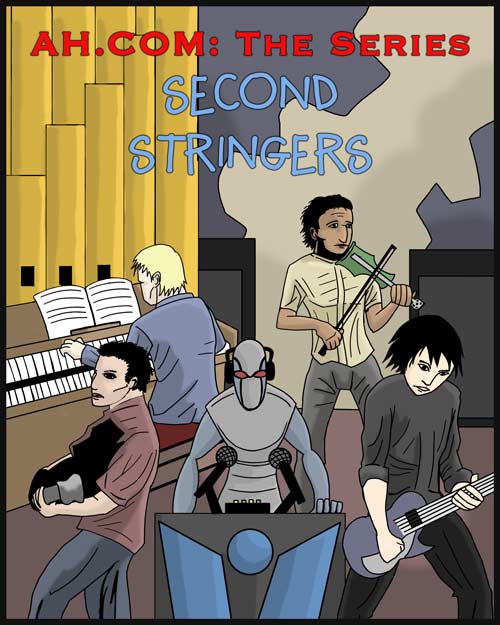 One of the few episodes where the crew doesn't actually get involved in any life or death situations, this was one of the lighter episodes of season 2, featuring the "Crew's Second Stringers" as they go AWOL and try to get their band to perform in the perilous wasteland that is a DMA dominated Earth.

It was penned during the time that DMA had left the board and was originally going to include him as the atheist God-Emperor of Earth. Sadly, due to budgetary constraints, it was deemed impossible to shoot the required amounts of special effects, and a plot about them merely wishing to play their instruments was introduced.

Also contains parodies of famous songs, Don McLean's American Pie in particular, these are a favourite of the author's due to the easy way they pad the word count.

This is an episode Michael actually turned in on time.

This was based on another Halloween episode that was written by Michael featuring the second stringers fleeing the ship before it crashed into the planet.