His Imperial Superiorityness' Destroyer Quoting Wikipedia was an Imperial Thread Destroyer in the AH.com Wars universe.

The name was suggested by… (was it GBW? can't remember)

Captained by Molobo, as one of his offences was quoting huge chunks of Wikipedia that derailed (i.e., destroyed) threads.

The Quoting Wikipedia was intended to replace Star Wars' Avenger. As such, after being shocked by a 'Turtledove Cannon' and failing to stop the Rebels evacuating Coldh, Molobo was strangled by Darth Gaydar and replaced with Lieutenant Gedca. Then, after the QW failed to stop the Century Hawk from escaping from Gaspin', Gedca was in turn executed and replaced by Fenwick.

The QW was eventually destroyed at the Battle of Witchof. 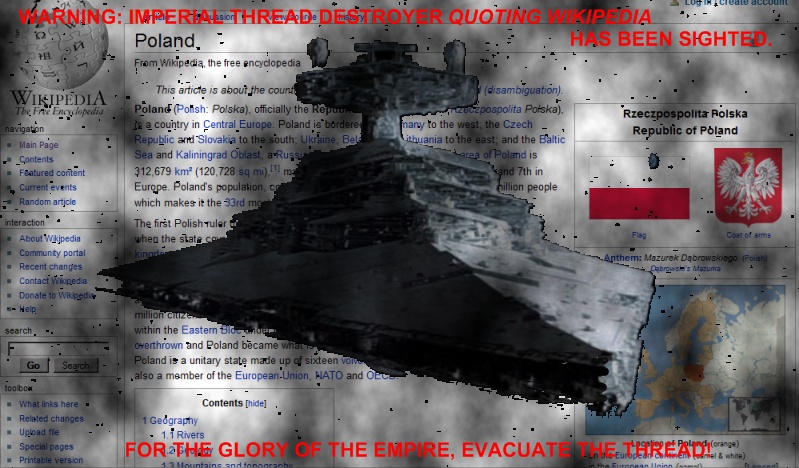