Dinos and Nazis and Deroes, Oh My! 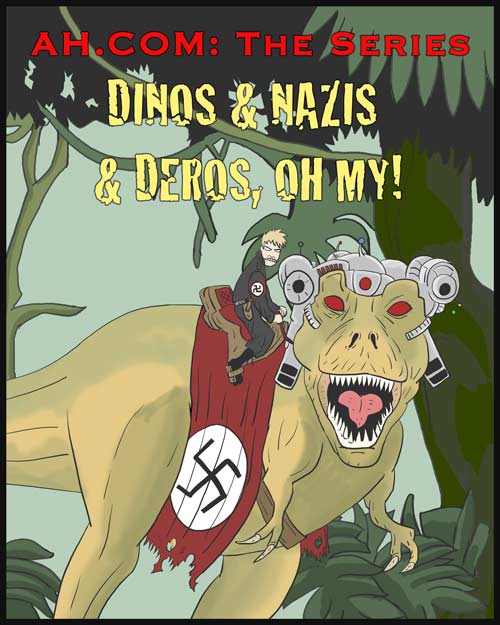 AKA 'the Hollow Earth episode'. The result of Doctor What putting together every conspiracy theory, crackpot 19th century story and Saturday morning cartoon about there being a Hollow Earth together. The episode features a small group of AH.commers, including Doctor What, Matt, Landshark and IronYuppie, crashing their shuttle at the 'north hole' and being sucked inside. There they learn that the inner world has colonies of humans descended from those who also arrived there by accident, but they are under threat from a new enemy: a ship carried the Nazi leadership away from Germany in 1945 to Neuschwabenland, fell into the South Hole and the Nazis have allied with the native 'Dero' lizardmen, who ride (surviving) dinosaurs. The AH.commers help the natives defeat their enemies, with Matt dispatching the Cyborg Himmler and Landshark taking out the 'Emperor from Warhammer 40K'-style Hitler.

The episode divided opinion - some hated it while others loved it, and Thande even says it's his favourite Doc episode of all time.

The Hollow Earth would feature again in the series finale.