Jutting out into the Black Sea, the Crimean peninsula lies on its northern coast. It has been settled since ancient times. Originally a classical Greek colony called Chersonesus (“Peninsula”, also a name considered in OTL for Michigan). It was later part of the Roman and Byzantine Empires, the Byzantines finding it a useful place for monasteries to exile disgraced political and military leaders to. During the Mediaeval Period, the Governor of the region was usually a Khazar under Roman control who was appointed as Tudun of the area rather than as a Strategos.

The Khanate of the Crimea, an Ottoman vassal, ruled the area until the late 18th century. It was in this region that Peter the Great embarked upon his quest for Russia to engage in Imperial Expansion and gain ports in the area, and saw the genesis of the Russian Navy. The peninsula was fought over greatly during the titular Crimean War in the 1850s.

Today, Crimea is a technically a part of Ukraine according to the United Nations, although it is currently under Russian occupation. It is an autonomous region/republic within Ukraine due to its large ethnic minority of Russians and Crimean Tatars. The naval base at Sevastopol is disputed with the lease to the Russians of it due to run out in 2017. The current Ukrainian administration want the Russian Black Sea Fleet out, but the local population, being predominantly pro-russian understandably want it to stay, otherwise they'll have no-one to sell vodka and Russian matryoshka dolls to. 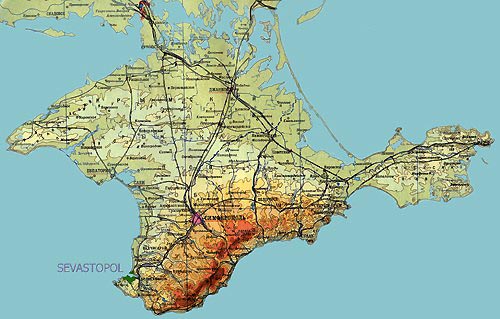 On the 13th of May 2008, Acting President Sargon declared the place an AH.com Territory seeing as it was a disputed area. Battleship Brother Cockroach was appointed as Tudun of the new Imperial Theme and has been instructed to churn out loads of Russian Navy type Kirov Class Battlecruisers. Dacha accommodation is available upon request for AH.com Board members via the office of the President. It goes without saying that Movie Nights are part of the entertainment package available in the dachas.

The Theme was never formally ended when the AH.com Politics RP was ended, and thus in Board culture it survives with all positions intact.

The obligatory image as seen from the Admin's orbital platform is shown below. 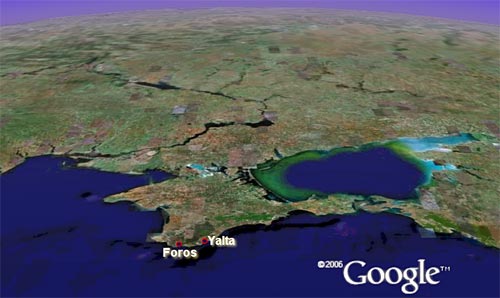 Crimea becomes the site of an alternate Israel in Thande's Look to the West.