Short answer many were rather innovative, though their execution was occasionally lacking. Long answer check out the youtube channel sub brief.

Actually watching his Yankee brief now. He is really the only source in anything Soviet I trust implicitly accuracy wise.

But to expand it seems the Soviets were good on the ideas side if things and could technically make very good boats. But a number of factors seemed to mean that many boats were accident prone or had build issues their counterparts never had to deal with

Can someone help me fill this in:

What Soviet fighter could be introduced instead of MiG-21? One that is more like F-4 in range

Otto Kretschmer said:
What Soviet fighter could be introduced instead of MiG-21? One that is more like F-4 in range
Click to expand...

You need the USSR to see a need for such a fighter. The Mig-21 was meant to act as an interceptor to defend Soviet positions against enemy bombers. Thats a very useful role in the period and I dont see the Soviet air forces not building something like that. However they may decide they need something akin to the F4 to act as a strike fighter, who knows, they may have such a plane already but we dont hear about it.

... that would mean making Argentina comunist for at least 10 years... good luck!

On the topic: it would be very bad for the UK, assuming the People's Air Force of Argentina had Mig-23s and Su-22s

On the topic: it would be very bad for the UK, assuming the People's Air Force of Argentina had Mig-23s and Su-22s
Click to expand...

AHC - design a perfect German medium tank that
1. Has to replace the Pz iv
2. Enters production 1937-39
3. Has to be easier to produce and maintain than Pz IV
4. Good modernization potential

As someone said earlier, have Argentina be very close to the Soviets. But that would change the dynamic in South America significantly, that I can't see the war as OTL happening. Because after all the US State Department gave Argentina the (false) impression that the US would back Argentina in the war or at least stay very neutral (not like they did in the end), South American Anti-Soviet collaboration and all that, I don't remember the exact terms used offhand. Because after all, Argentina is the more important partner if it comes to war against the USSR than the UK...

And then the whole dynamic in South America would be totally different with a Soviet (aligned) Argentina in place. I'm not really that familiar with the area and time, but I'd expect 'containment' of some kind, with a significant US backing of Uruguay, Brazil and/or especially Chile, making even a no-longer Soviet aligned Argentina someone that both the US and UK would watch warily. (Quick checking shows that what I though of was probably a less effective initially, leading into a very different 'Operation Condor'.) And in such a climate I can't see the steps leading up to the Falkland War to happen. No decommissioning without replacement of HMS Endurance (or at least replacement with some kind of warship on station), more of a reaction when Argentina moves in on the South Sandwich islands in the late 70s...

And even then, I'd expect the internal politics of Argentina to be different - though admittedly, a failing regime making one last external throw of the dice to safe their own position might still happen in some kind.

So: If an ATL Falkland War happens, where Argentina uses near exclusively Soviet equipment (though I can see them still using the ex-western ships they had) it'd very likely be a proxy war between the two blocks, unlike OTL. Though I'm certain the Brits would object to be put in the position of the 'proxy' in this case.

Otto Kretschmer said:
AHC - design a perfect German medium tank that
1. Has to replace the Pz iv
2. Enters production 1937-39
3. Has to be easier to produce and maintain than Pz IV
4. Good modernization potential
Click to expand...

Otto Kretschmer said:
Challenge - make the US and iran two most powerful states in the world
Click to expand...

How about develop the timeline as an outline and submit it for peer review?

Substitutes for A-4 Skyhawk and Super-Etendard.

There is no Russian aircraft for CATOBAR aircraft carriers in the time period.

So what replaces the Cinco de Mayo air-group?

Unless one gets a Buccaneer, one is screwed.

How about the Mirages and Kfirs? 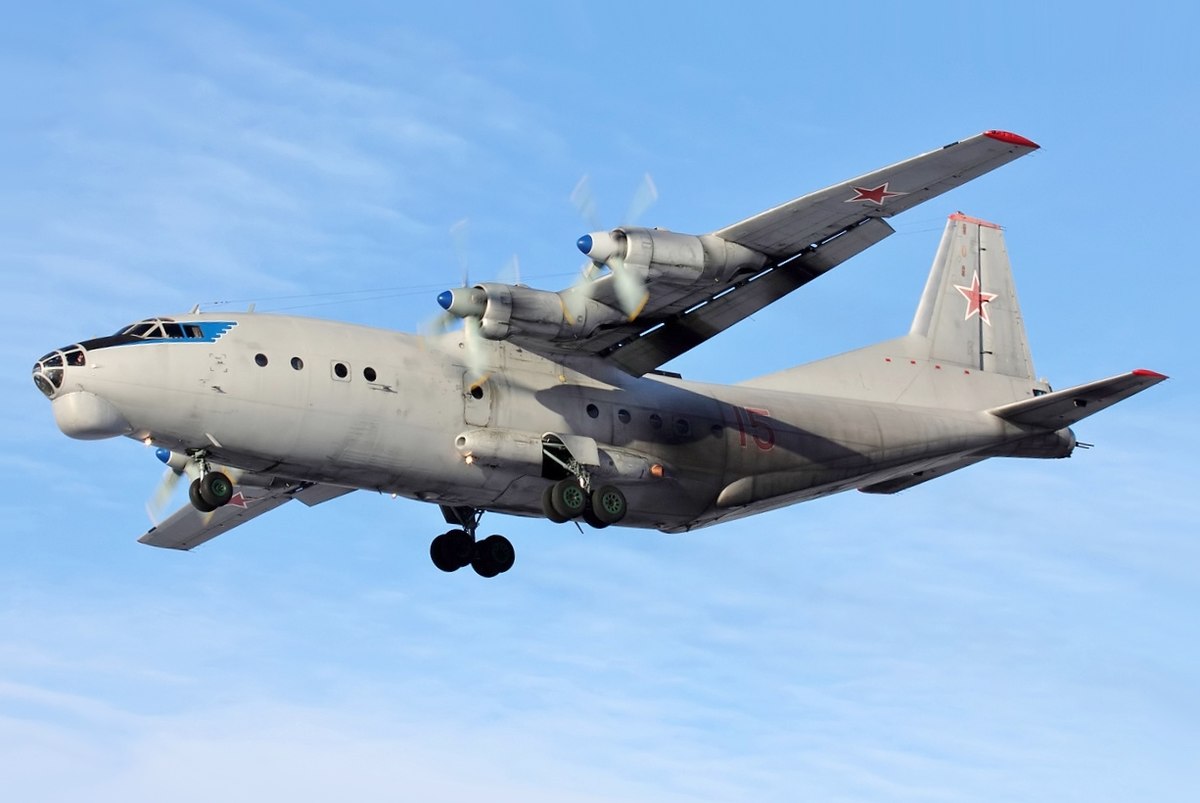 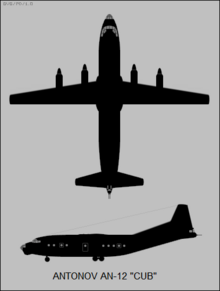 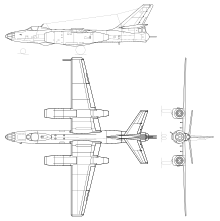 Problem is that it cannot reach the Falklands... either.

For Grins and Giggles try a Yak instead.

Better stick with the Sud. This turkey cannot reach the Falklands and stay either.

In other words, state a thesis and figure out the parameters and be surprised by the results.

Otto Kretschmer said:
Challenge - make the US and iran two most powerful states in the world
Click to expand...

Pretty hard to do after 1900, but before 1900 is pretty easy. Have an Afsharid wank that culminates in Persia modernising, while the American Revolution still happens on schedule and the United States still forms. Afsharid Persia rules from Mesopotamia to the Indus and they maintain borders in Central Asia and the Caucasus. They're propped up by the British as an ally against the Russians enabling them to hold their own and play their own "Great Game". With their links with Europe, they're able to modernise with some difficulty to at least Russia levels by the early 20th century and form a cohesive ideology of Persian pan-nationalism and loyalty to the Afsharid shahs. Meanwhile American history still results in the westward expansion of the US, industrialisation, immigration, etc.

There's still one great war in the 20th century, like the one where the Anglo-German alliance defeats the Franco-Russian alliance after an exhausting war. Russia collapses into civil war for over a decade and the RSFSR (the Soviet Union is never organised) is even weaker TTL thanks to failed industrialisation and how Japan annexed their Pacific Coast/set it up under puppet states. The US stays neutral until the very end when they annex a few islands in Bering Sea and part of the French Caribbean, and Persia likewise does so, content to sell oil, food, and other supplies to both sides, only intervening at the end annex a Black Sea port from Russia. World War II is more of an inter-European war over the collapse of Austria-Hungary in a great depression, where France, Italy, Britain, and the RSFSR attempt to pick up the pieces of Central and Eastern Europe and prevent German hegemony. The war doesn't go well for Germany and their Hungarian allies, who keep some of their gains from the first war but fail to secure true domination over Eastern Europe. Naturally, this war is very costly and another generation dies, all while the Persians and the Americans sit on the sidelines selling supplies

Decolonisation still happens on schedule, crippling the colonial empires of Europe. Germany spends almost 20 years bogged down in what's basically Vietnam on steroids. Japan never develops its booming economy TTL, remaining a local power at best (especially thanks to the lengthy Korean War of Independence), while a renewed Nationalist China (lacking Manchukuo, a communist state and ally of the RSFSR) ends up fighting a lengthy and costly war with Russia. India remains to Persia what Latin America is to the US, albeit with a crippling sectarian divide between Muslims and Hindus TTL deliberately fanned by Persian intervention. European integration never really takes off thanks to very hostile Franco-German relations

By the end of the 20th century, it's clear that there are two great powers in the world--the Imperial State of Persia and the United States of America. Any potential third player, like Imperial Germany, the RSFSR, or China remains far behind. Persia is an energy and resource superpower whose critical weakness is oil, their smaller population, and weaker economy. The United States is superior in most other regards, but it has its own internal issues and has the resentment of many parts of the world for constant interference.

If P-51 does not get a good engine, what does US use as a high altitude fighter?

Only P-47N or something else?

A modified P-40 variant may work, but yeah some variant of P-47 seems very likely to do the job.