eldandythedoubter said:
Okay then, so koto labs pitches the wonderswan project to NEC and Sega and they make the Neptune instead of the nomad in 1998?
Click to expand...

I never mentioned koto labs, just a similar idea happened with Sega and NEC, at least they learning their lessons of game gear and turboexpress respectly

eldandythedoubter said:
Okay then, so koto labs pitches the wonderswan project to NEC and Sega and they make the Neptune instead of the nomad in 1998?
Click to expand...

Now, back to Contra 2. So, any other names for Ray Poward Jr? So far we got a vote for Karl Urban.

I'm okay with Urban getting the part. We'll find something else for Evans to do later.

So what’s our budget for Contra 2?

Ryan Kelman said:
So what’s our budget for Contra 2?
Click to expand...

Considering how much they made off the original film, at least $200 million, due to the big names knowing the worth of the movie now.

eldandythedoubter said:
Considering how much they made off the original film, at least $200 million, due to the big names knowing the worth of the movie now.
Click to expand...

150-200 is possible, this would be treated and pushed as Columbia Action Blockbuster to get the market and word of mouth in the summer

Yep, $200 mil is the working budget and I imagine that for the most part, this will be a much more effects-heavy movie. We'll keep McTiernan on as director, which will butterfly away The 13th Warrior as there's no other listed directors consider for that film in OTL. We'll also be keeping the writing team of Fred Dekker and Shane Black.

So the plot is Dr. mandrake bringing in the vanguard of the aliens to attack Contra barracks?

eldandythedoubter said:
So the plot is Dr. mandrake bringing in the vanguard of the aliens to attack Contra barracks?
Click to expand...

Ryan Kelman said:
I think so.
Click to expand...

If we're follow more the Plot of Contra III, would make sense that beggining

eldandythedoubter said:
So the plot is Dr. mandrake bringing in the vanguard of the aliens to attack Contra barracks?
Click to expand...

Pretty much. There's the intro of Ray Jr. and then we roll out into the main plot of fighting through waves of aliens to get to Dr. Mandrake. The big set pieces for the movie will most likely be against the Mach 777 and the Doctor Spider. 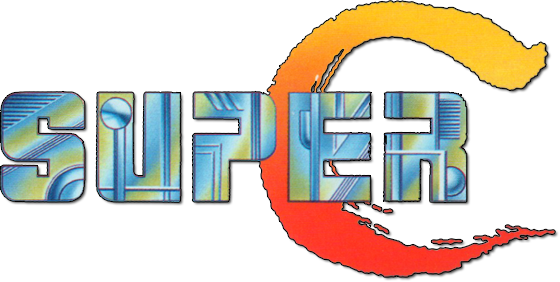 Directed By: John McTiernan
Written By: Shane Black/Fred Dekker
Produced By: Orion Pictures
Distributed By: Columbia-TriStar
Based On: Contra by Konami

Release Date: August 27, 1999
Budget: $200 million
Box Office: $617 million​
The awaited sequel to the first Contra sees Arnold, Sly and Thurman return, joined by Karl Urban as Ray Poward Jr, the son of the original Ray Poward. The movie is set years into a war between the Contra Team and the alien forces, aided by Dr. Mandrake. The film continues the action spectacle of the first movie, though adds to the characters of Sheena and Ray Jr. Sheena is now a battle hardened member of the team while Ray is the rookie and has to deal with the loss of his father and living up to his legacy. As Urban's first major film role, he manages to draw on that to play the role very well, giving a small bit of depth to an otherwise popcorn movie. The main criticism is that the characterization doesn't extend to Bill and Lance, who come across as Arnold and Stallone doing rather standard action hero characters (Schwarzenegger especially getting criticized as playing Bill Rizer as if he was just Dutch with the serial numbers filed off) though both are good enough actors to carry through their scenes.

The film's major set pieces were a fight against the Mach 777 and against the Mandrake Spider. The Mach 777 fight saw the team face off against a mech robot piloted remotely by Dr. Mandrake, resulting in another Probotector battle. The Spider Mandrake battle is the climax of the film, where the team has managed to break into Mandrake's hide-out, forcing him to inject himself with alien DNA and mutate into a spider monster to combat the Contra team. The team kills the Mandrake Spider, seeing a message from the leader of the aliens, Gava, revealing that the he is coming to Earth.

So, Contra 2 was a step down financially from its predecessor, but this was mainly due to them pushing it back to avoid releasing alongside the new Star Wars film, resulting it entering in late August. The film managed to remain successful in spite of that and plans for a third Contra film are still on the table. It also destroyed Universal Soldier: The Return in the box office, leaving it with only a scant $1 million and killing off any chance of a franchise for that (and Bill Goldberg's acting career) and the film was the #3 highest-grossing in the box office, just below The Sixth Sense.

Well we're good on the movie end, time to bring it back to the gaming end. I have a pair of Sega console specs this time

Dimensions: 3.25 backlit LCD Screen. On the top of the console is the cartridge slot, a plugin for and AC adapter, and a plugin for both link cables and connectivity to the future home console. These cables can connect up to 4 Neptunes per game and transfer data appropriately. On the bottom is the volume slider and a headphone jack.

Game Storage: All ROM Carts are manufactured with an DD megabit chip manufactured by Sandisk and NEC. This will allow carts to go up to 10 MB of data. Games will be priced at $35 maximum.

Soundchip:NEC 78K/4 with 4 channels to emulate: percussion, bass, drums, and voice if needed.

RAM: 512 Kilobits to be split between video and general purposes.


Battery Life: Up to 20 hours when run with the backlight and max volume. A rechargeable battery pack will be sold separately that can run for about 15 hours on one charge.

Potential Launch Date: September 9th, 2000 in Japan, 2001 in other territories


Media: Gigadisc format for games able to hold about 1.5 gb of data on a single layer disc and 3 gb on a dual layer disc, along with backwards compatibility for all Sega Saturn Games.


CPU: NEC V850 series chip codenamed “Triton” and clocked at 250 MHz for Neptune games along with a Saturn Mode activated upon menu selection.


Controller Input: A dual stick analog pad with 4 face buttons underneath the right stick, a d-pad underneath the left stick, two triggers on the back, and a select and start button on the bottom. In the center are two slots for the “VMU”.


Connectivity: A removable 56K Modem installed on the console, along with a 128K Broadband Adapter sold seperately

Megafighter3 said:
he box office, just below The Sixth Sense.
Click to expand...

Amazing work, the movie seems very fine and set the stage for the big climax in 3, nice work.

Either Crash Bandicoot or other movie, we got a free space with wing commander booted out

I think was a little early talk a new console, but by 2000 Sega might have got a cheaper DVD deal for it

Let’s go with Crash, what do you think @Megafighter3?

Ryan Kelman said:
Let’s go with Crash, what do you think @Megafighter3?
Click to expand...

Crash in 1999?
Threadmarks
You must log in or register to reply here.
Top
Top