Here's my Fair 50 States, a map that I made in August/September of 2016 during my pre-election anxiety. So I made this map with only the 2008 data of DRA, and then updated it in the coming months when 2012/16 PVI was released. In this regard then, it reflects a regular redistricting process, where you map with old data and then your districts are shuffled as the coalitions change. This is best seen in the south, where I drew LA/AL/SC to have one swing seat centered on the main metro, the BVAP seats, and then the rest as geography demanded. However, when the 2016 data released, the Orleans/Metairie seat lurched leftwards because Katrina artificially lowered the cities AA totals. Since I made the map, I have updated states as I draw new maps that reflect my previous criteria better, but I always try and ignore PVI.

But, the above wasn't what I based the map on. I drew districts to preserve communities of interest, and so here was my hierarchy of criteria:
- VAP or Minority access seats. They get to avoid the rules minimizing cuts. Native reservations as also ignore the cut rule and need to be kept whole in nearly every circumstance.
- Minimize counties cut. Counties are defined as the simplest measure of communities of interest in 90% of circumstances, with exceptions for geography like CA's central valley or with cities that cross county lines like Columbia South Carolina and Arlington Texas. Another exception is New England towns which supersede counties.
- Try to base multi-county districts off of metro regions and commuter areas.

To my surprise when I finished the map and PVi was released in every state, the partisan balance was exactly 218 D 217 R. Of course that doesn't really matter because the median district is D+0.3 Wyoming valley based PA-08. There are also more Democratic districts within the <D+5 competitive band then Republican districts within the <R+5 band. I don't have the exact numbers but I recall the total number of said districts to be between 90-100. Also, one can really see the geographic biases of our nation written large on this map. Dems probably need a D+4 year to win a majority in MI, a D+2 in PA, D+6 in WI, and D+3 in MN, reflecting their geographic disadvantages in the Midwest. In Contrast, A D+3 year probably gives the Dems 17 seats in Texas to the GOPs 19, and a D+4 year of course leaves the GOP with only 8 seats in CA. Dems do better in the West/Southwest/New England then their PVI would normally allow them, and the GOP does better in the Midwest/Inland South/Florida. The Black Belt keeps the Deep south mostly in line with what one would expect from PVI, and the Mid-Altantic's Urban/Rural divides keep the states district counts within the expected range.

Overall the things that I found the most interesting during this project were: The reorientation of WI-06/07/08, The VA BVAP seats shifting westwards which allows a Chesapeake/VA Beach/Norfolk bits seat to form in the Tidewater, the LA BVAP seat without New Orleans (one can draw two BVAP seats...), and the South Brooklyn seats - keeping the Hasidim in one seat made the Staten seat barely D+ wheres the Hasidim seat is only barely R+ since you run out of compact voters and have to start grabbing from the dem-voting groups.

Also USAtlas colors because that's what I made this for. 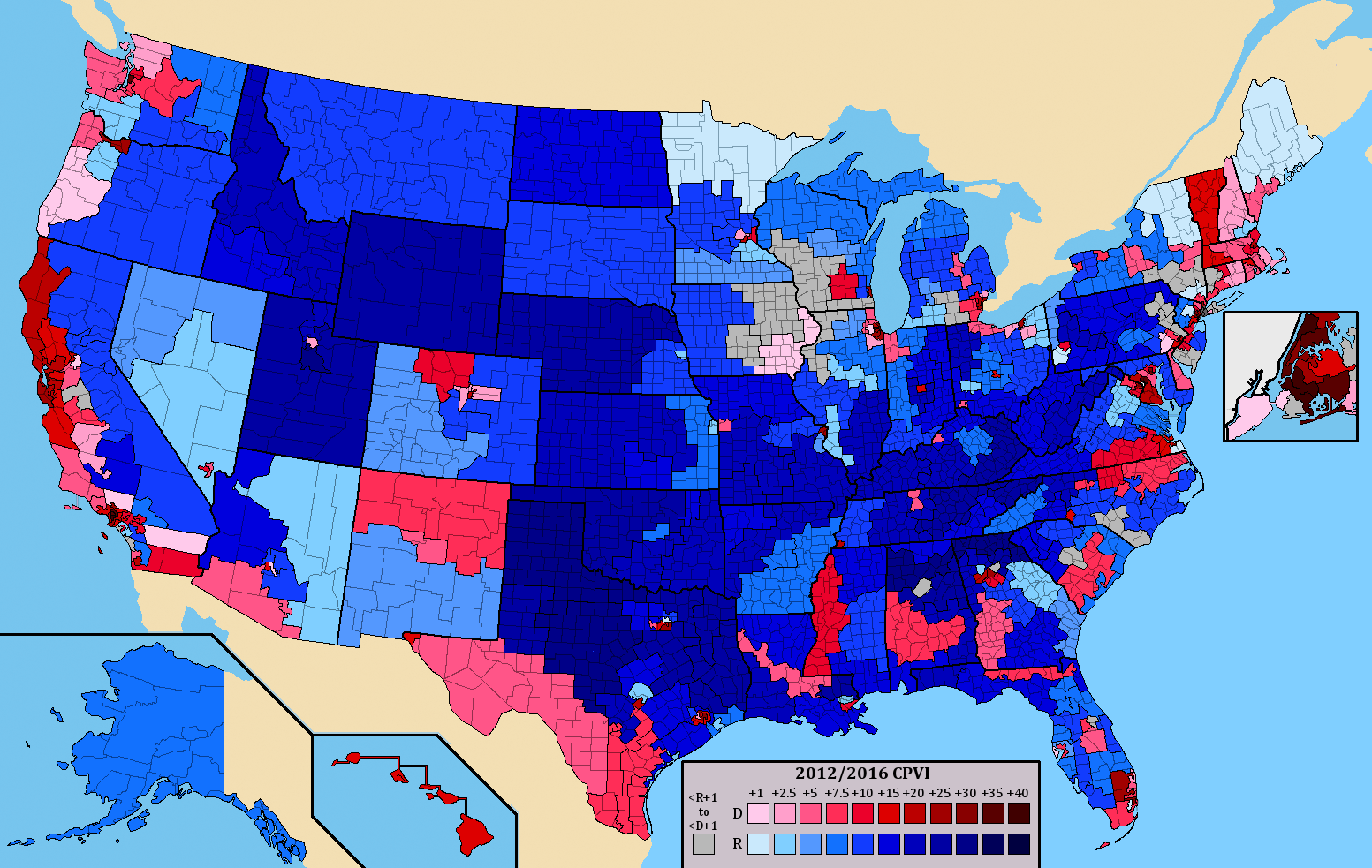 ​
And here is one that makes the district lines white, if they are hard to see on the previous map. 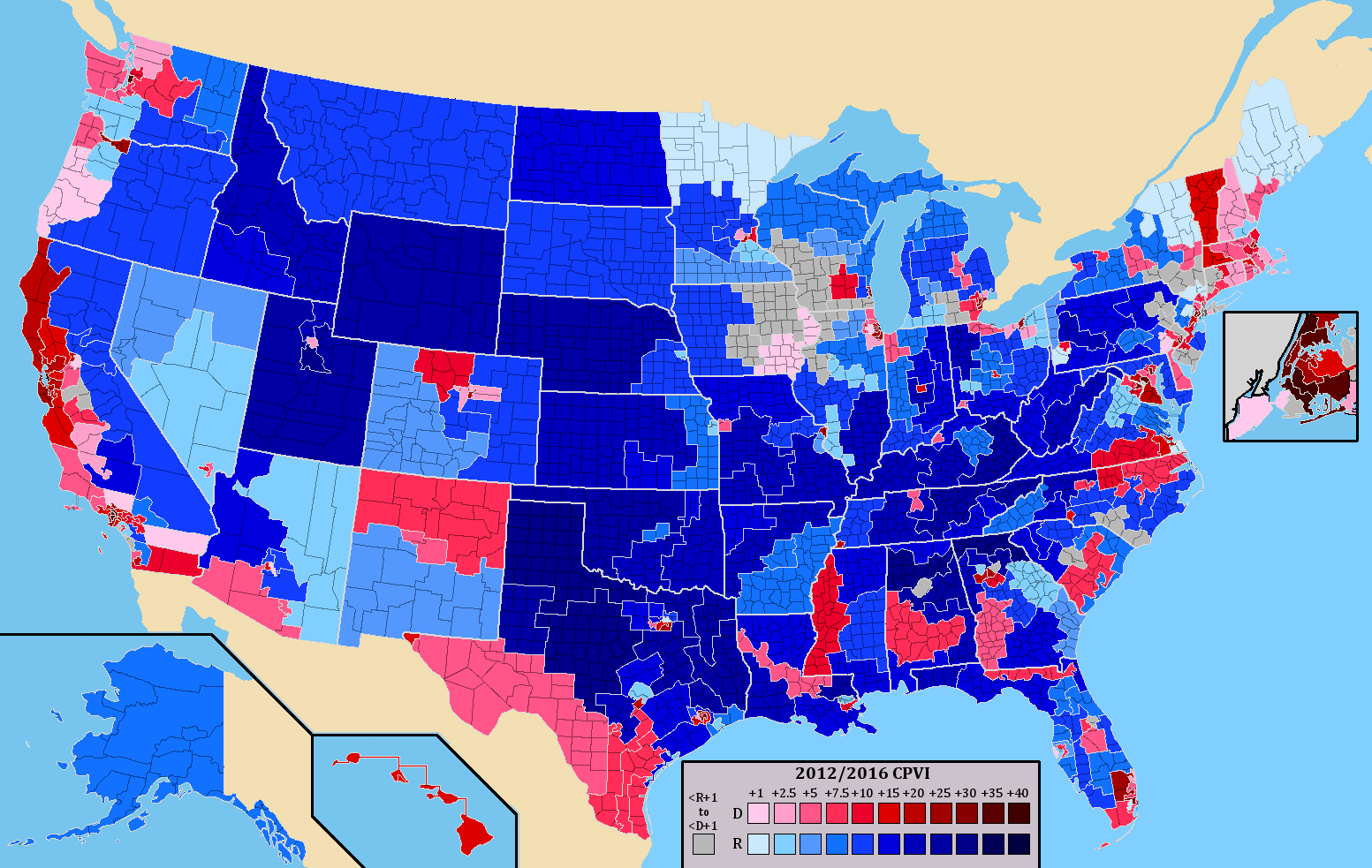 PierceJJones said:
View attachment 437544 Hello I have been a lurker here for some time now. (About a year) and I want to show off a map i made about a month ago. If you want the story in a similar format to "Bitter Victory,Sweet Defeat" if you remember that one from March of 2017. Then just respond to me.
Click to expand... 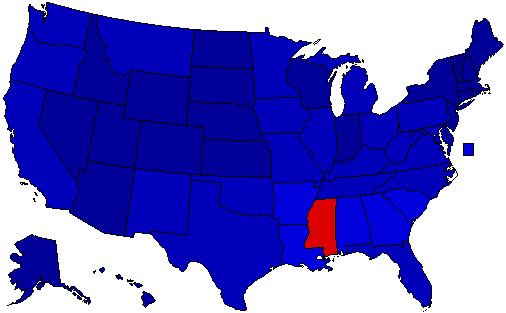 I envisioned this happening in 1968, for some reason.

I envisioned this happening in 1968, for some reason.
Click to expand...

Not even Alabama or South Carolina?

killertahu22 said:
Not even Alabama or South Carolina?
Click to expand...

McCarthy's hardline anti-Communist stance and relative silence on civil rights allows him to win those states narrowly over Bilbo. I think McCarthy would have won in such a huge landslide because outside of his extreme position on Communism, he was mostly a standard Republican for the time, whereas Bilbo's views would have been seen as more radical than McCarthy's considering he was well to George Wallace's right on civil rights. 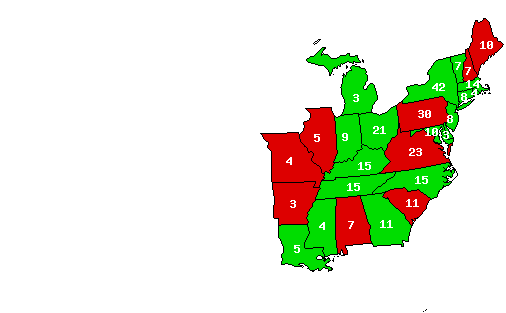 Despite being an unpopular president, Buren was still able to give himself a relatively respectable defeat. He managed to at least keep the popular under 5 percent of a defeat, and still hit (albeit literally on the dot) triple digit electoral votes. His relative closeness made him consider the idea that one day, he would able to pursue the presidency once again. His campaign against Harrison's age turned out to be a bit false, as Harrison (although with serious concerns) made it through his four year term after his campaign team convinced him to not give a 2 hour long inauguration, and he limited it down to 30 minutes instead. Due to his health getting dangerously close to failing on multiple cases in the term, Harrison confirmed in January 1844 he will not run for a second term, leaving the field open

The electoral constituencies of the alt-election of 1991 in Yugoslavia (part of an AH project I'm just starting). These are the constituencies to the Federal Chamber (lower house) of the Federal Assembly of Yugoslavia. It is formed by 300 deputies elected from 32 constituencies through closed-list proportional representation, employing the D'Hont method. The threshold would be 3% with an exception for minority lists (e.g. Vlachs in Zajecar, Muslims in Kraljevo).

All republics with the exception of Montenegro are divided into several constituencies, from 2 in Slovenia to 9 in Serbia proper (14 if you add the APs). No constituency elected less than 4 members nor more than 14, the average size was 9.38 MPs per constituency, the median was 9. One MP per 78,558 citizens (no electoral register to work with). 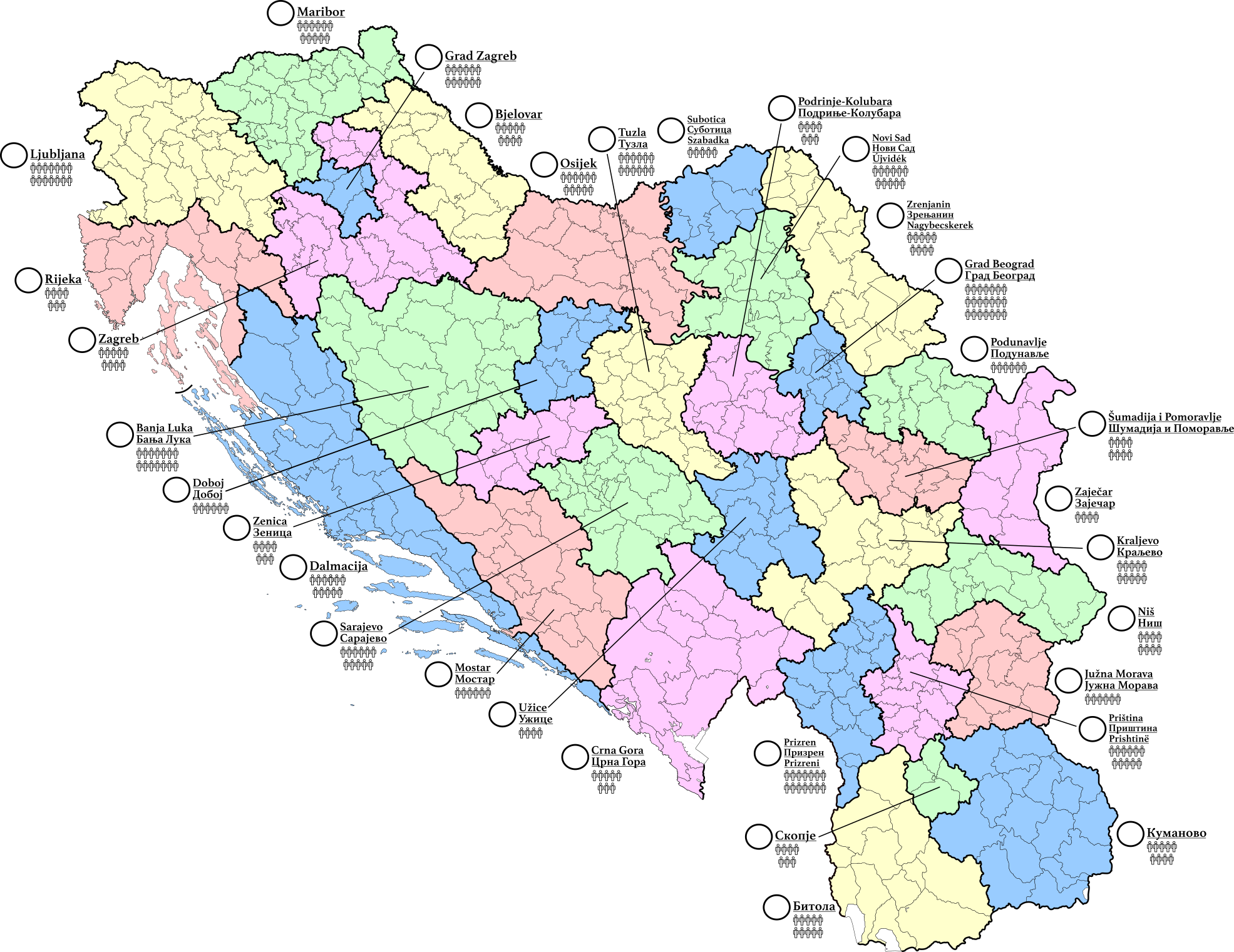 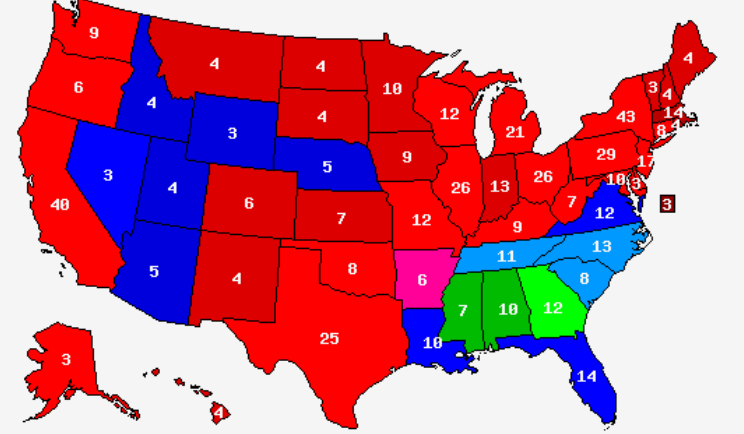 Wallace wouldn't likely have run if Goldwater was nommaited. George Romney would have been more likey to be the thrid party candidate in this senenrio.

PierceJJones said:
Wallace wouldn't likely have run if Goldwater was nommaited. George Romney would have been more likey to be the thrid party candidate in this senenrio.
Click to expand...

No disagreement here. I just used Wallace because he’s the only 3rd party candidate other then Anderson in president elect which I got the map from and transferred to us election atlas’s electoral map maker.

Omar04 said:
No disagreement here. I just used Wallace because he’s the only 3rd party candidate other then Anderson in president elect which I got the map from and transferred to us election atlas’s electoral map maker.
Click to expand...

killertahu22 said:
there should be an option to just enter whoever you want in President Elect
Click to expand...

You can create an "OC" using the "Rate Candidate" option. Here's me playing as Henry Wallace. 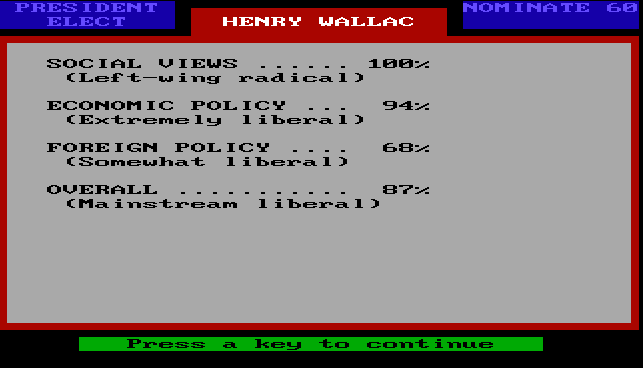 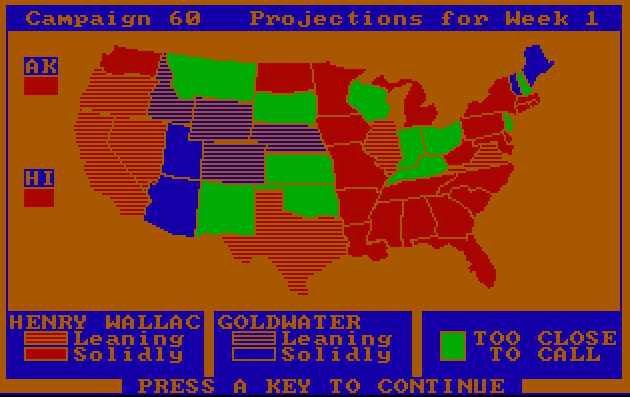 Adam The Nerd said:
Give me an idea for an ASB scenario I can make quickly
Click to expand...

Is that that ASB though?

killertahu22 said:
Is that that ASB though?
Click to expand...

Good point, although it would be badass to see unbought and unbossed Shirley Crisholm run as the nominee in an election.

Bomster said:
Good point, although it would be badass to see unbought and unbossed Shirley Crisholm run as the nominee in an election.
Click to expand... 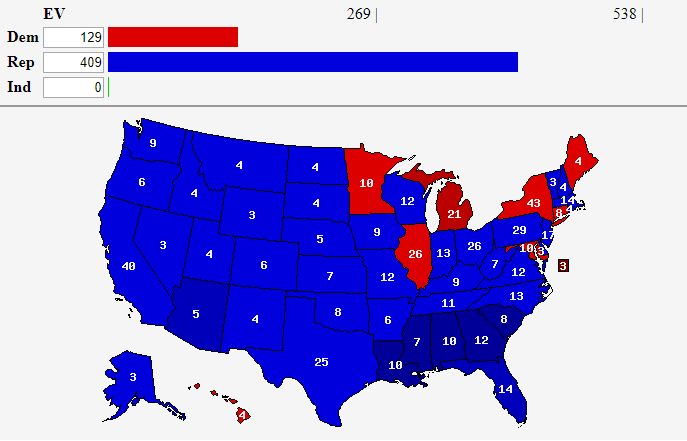 Here is, for better or for worse, how I see that election happening if it happened in an alt-1968 where Goldwater didn't run against LBJ for some reason

Here is, for better or for worse, how I see that election happening if it happened in an alt-1968 where Goldwater didn't run against LBJ for some reason
Click to expand...

Oof, was hoping she would win.

Bomster said:
Oof, was hoping she would win.

She wouldn't win, especially not after the backlash from the CRA

Maybe if we transported both of them to, like, 2004. That'd be ASB for sure 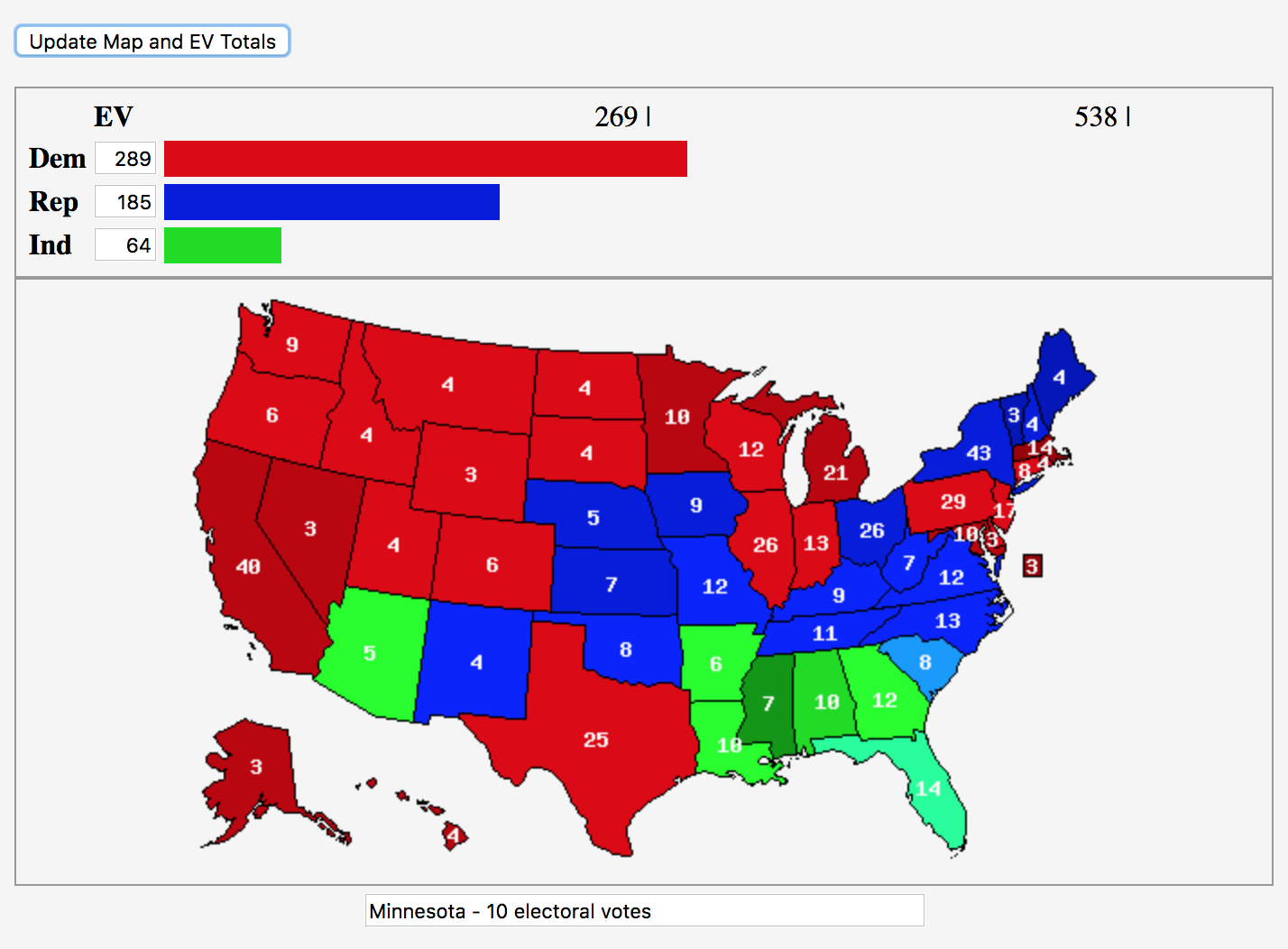