That Wacky Redhead : Artworks and Illustrations

All images included on this page were created for That Wacky Redhead and are canon to the timeline unless otherwise stated. 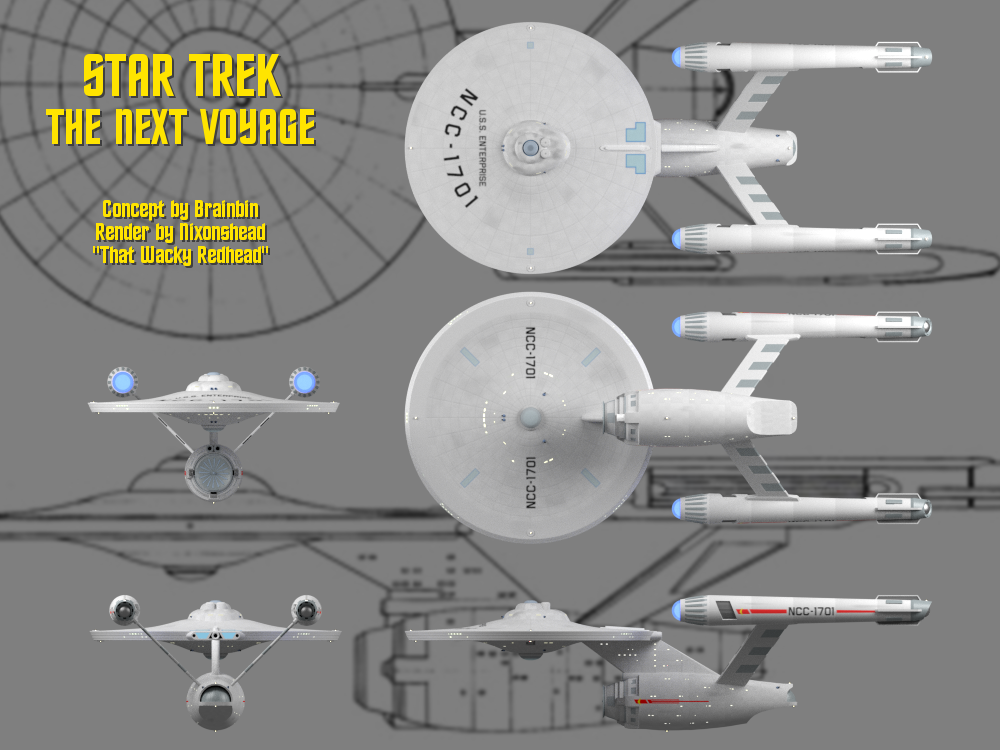 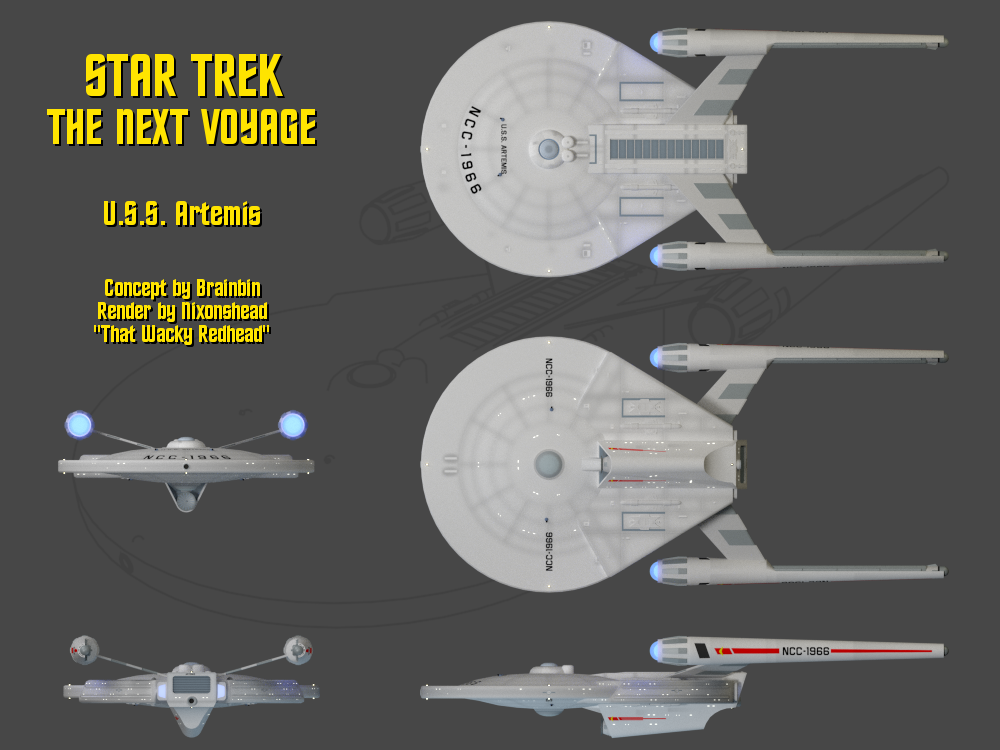 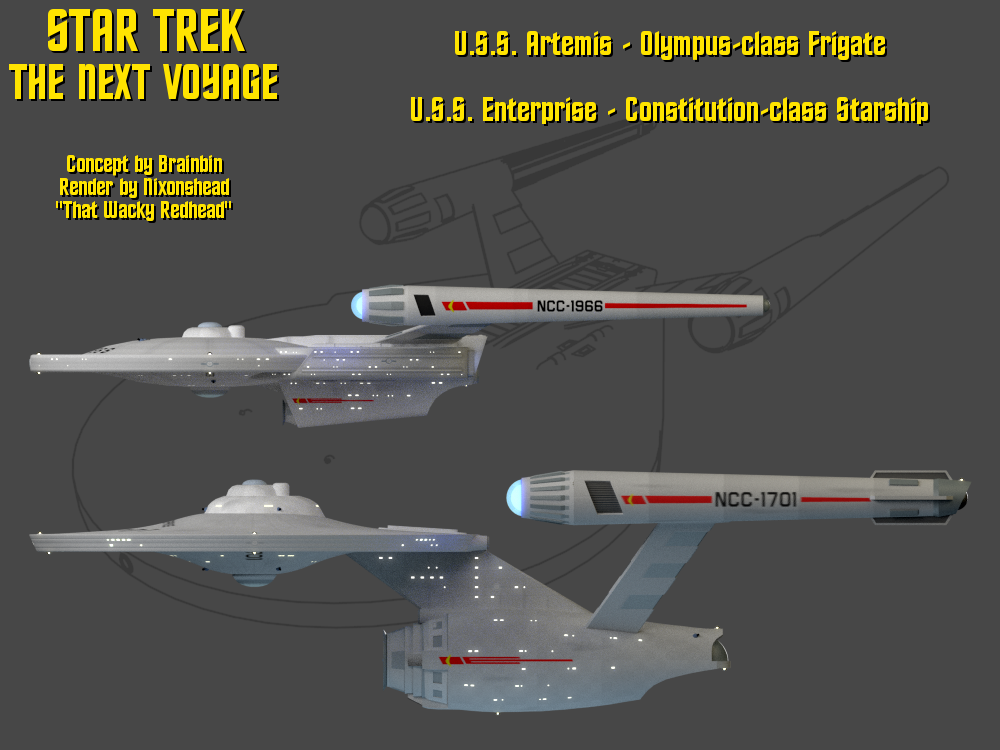 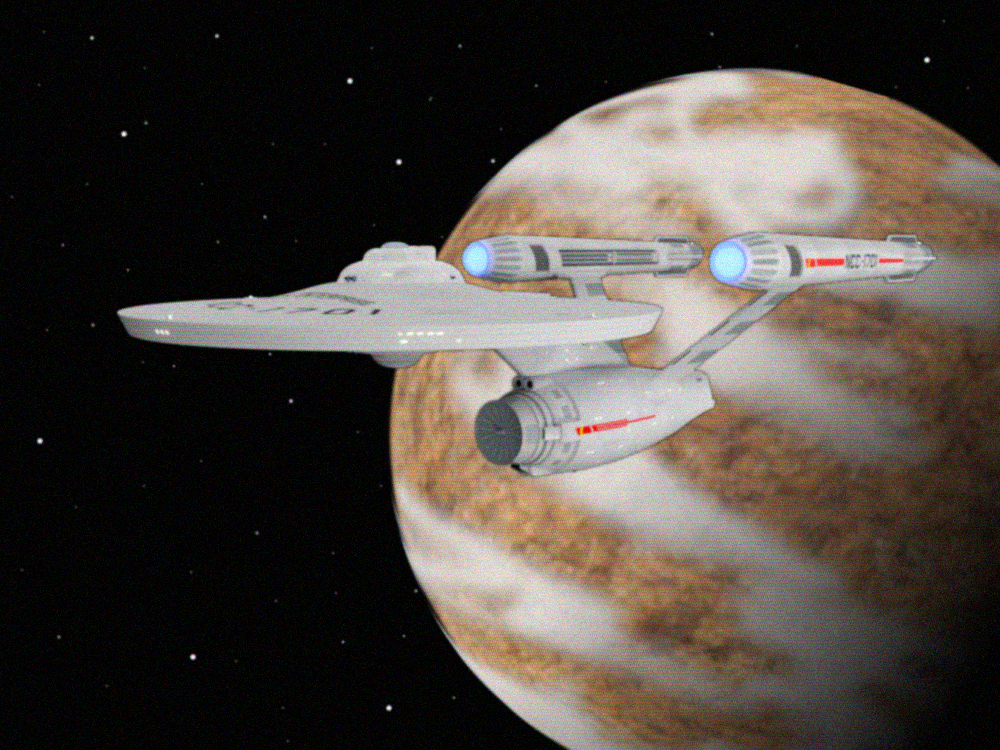 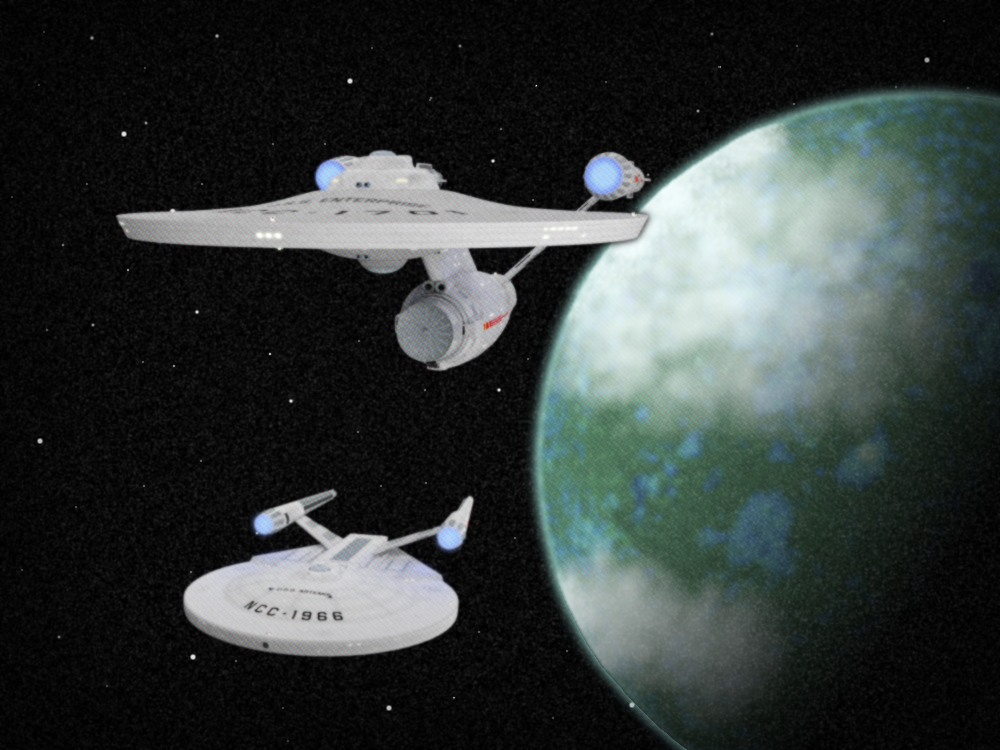 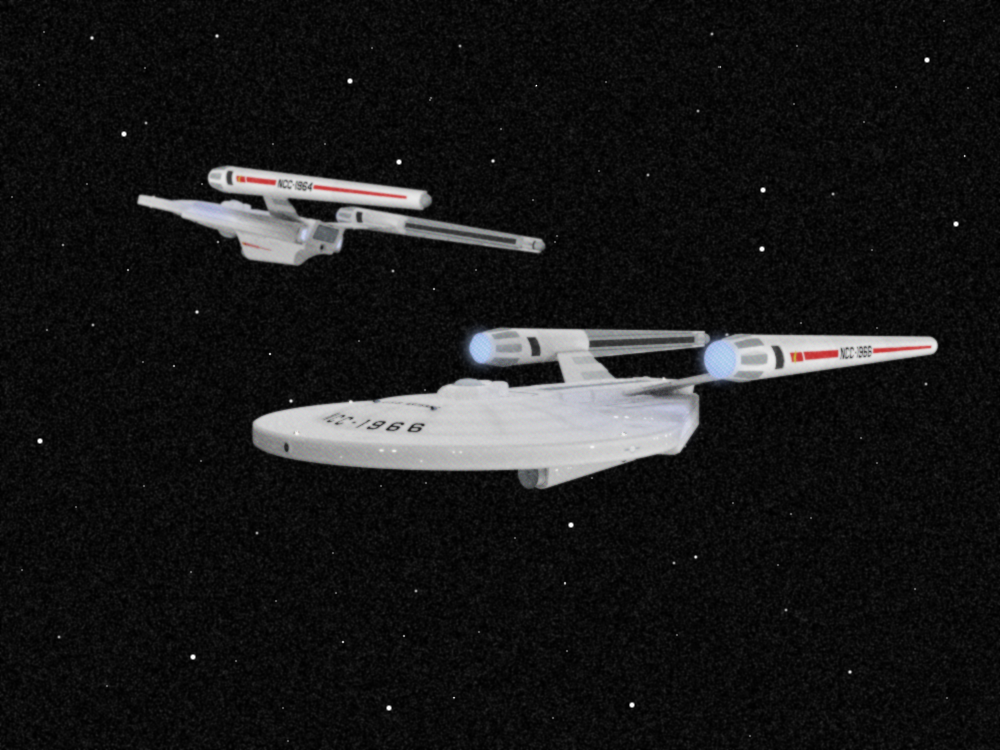 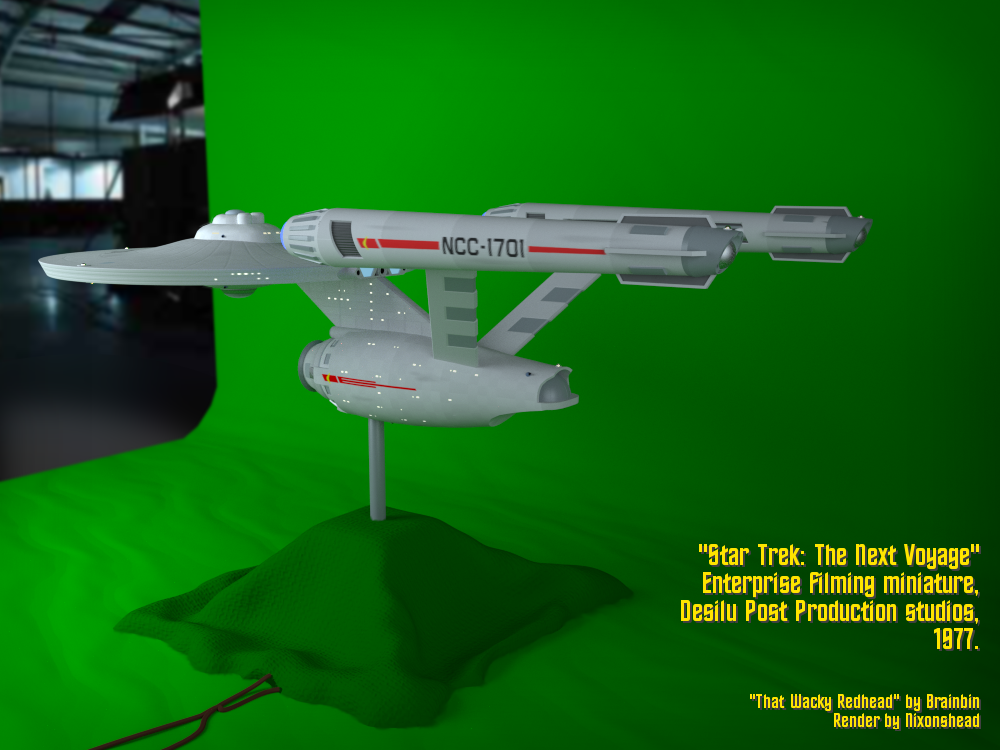 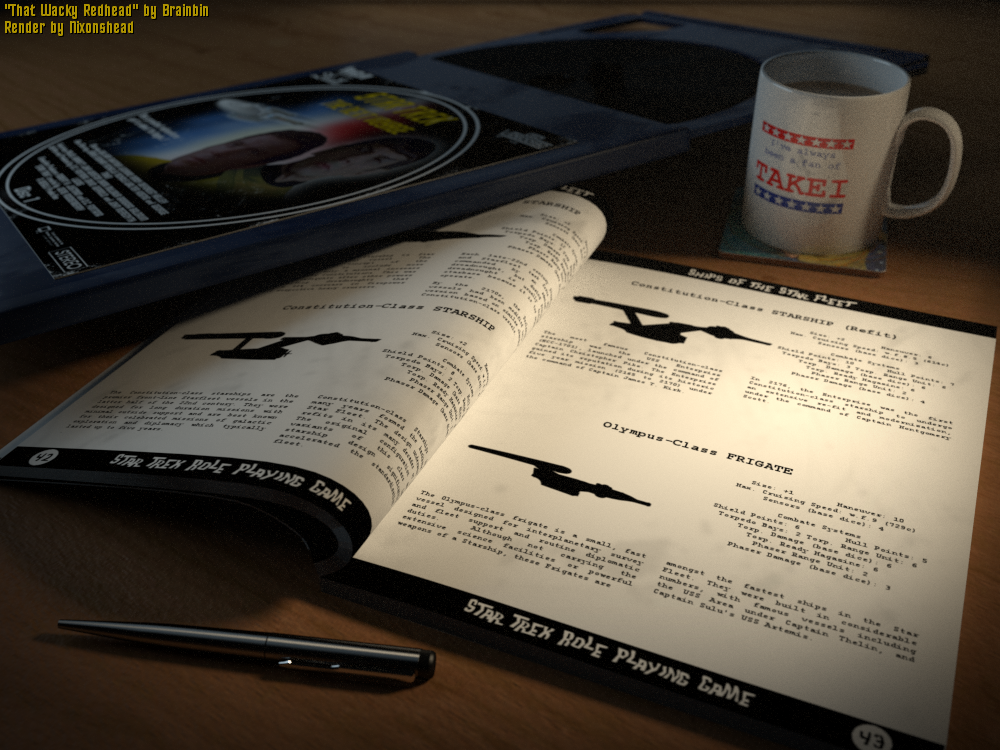 The Black Prince multi-stage rocket was devised by the nascent Commonwealth Space Agency (CSA) in 1975, and began launching from the Cooktown Space Centre in Far North Queensland, Australia in 1977. Successive iterations were introduced in 1979 and 1984. The importance of the flagship Black Prince rocket is that, starting from 1979, each of the three stages is constructed by one of the three core member nations of the CSA: the United Kingdom, Canada, and Australia. (The other member nations of the CSA contribute primarily payloads.) 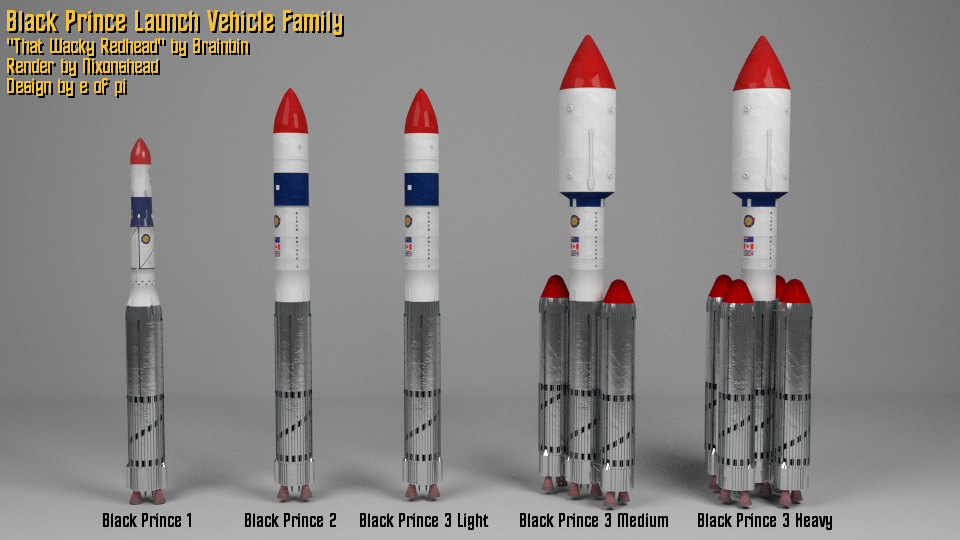 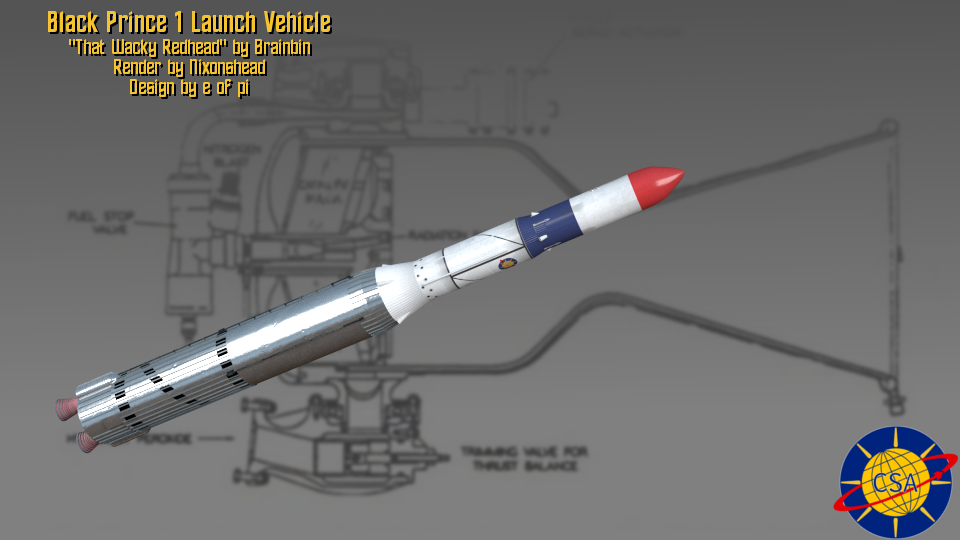 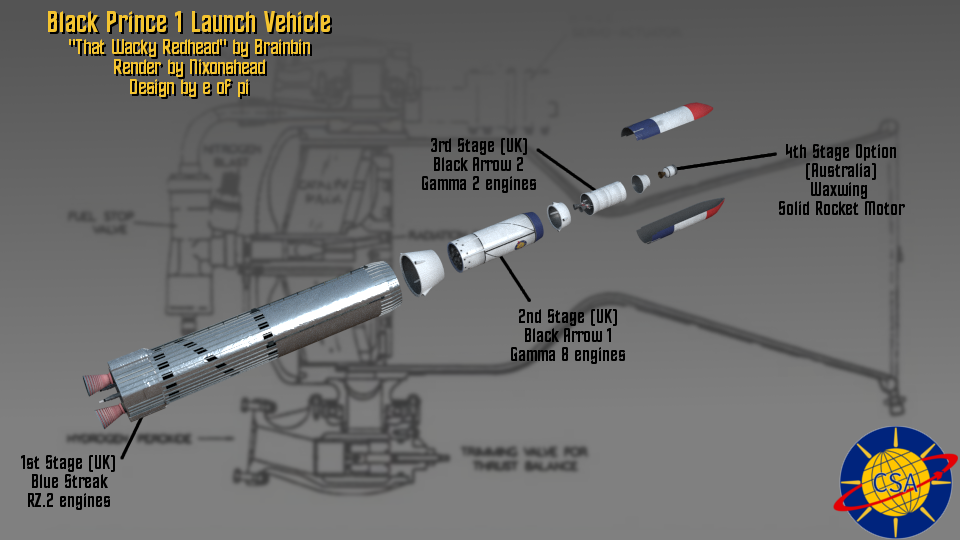 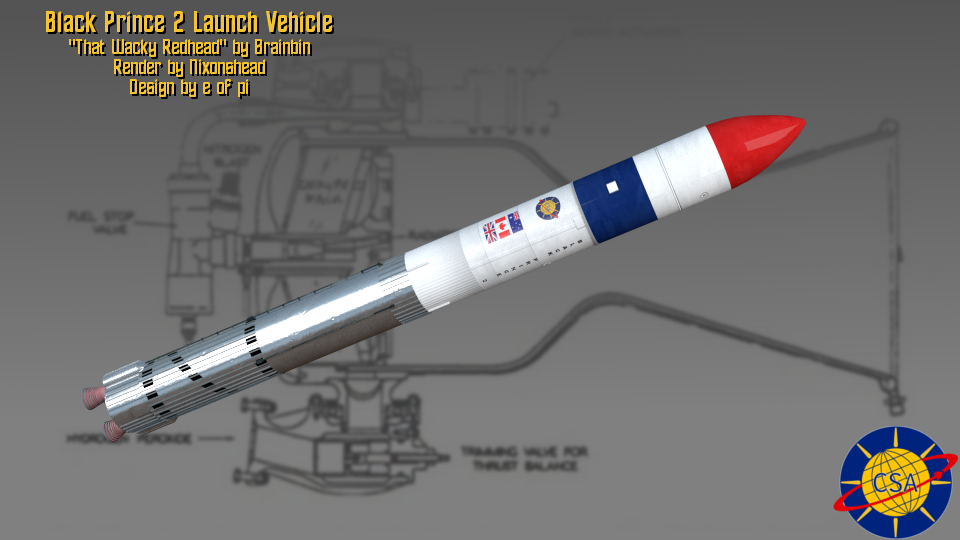 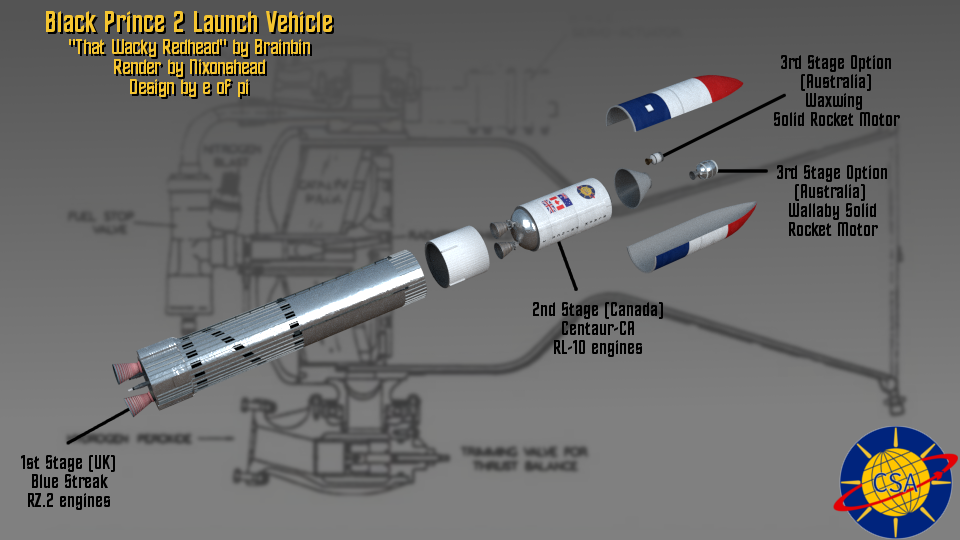 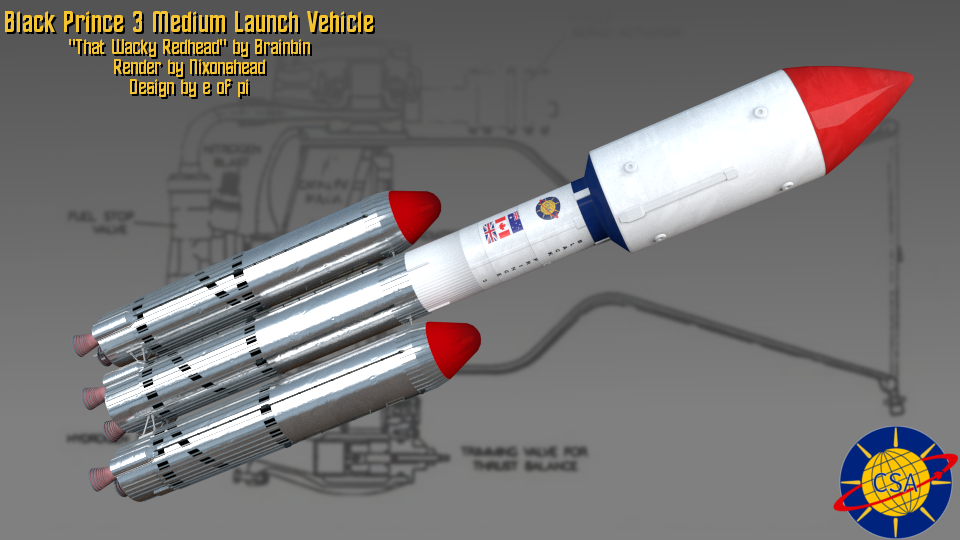 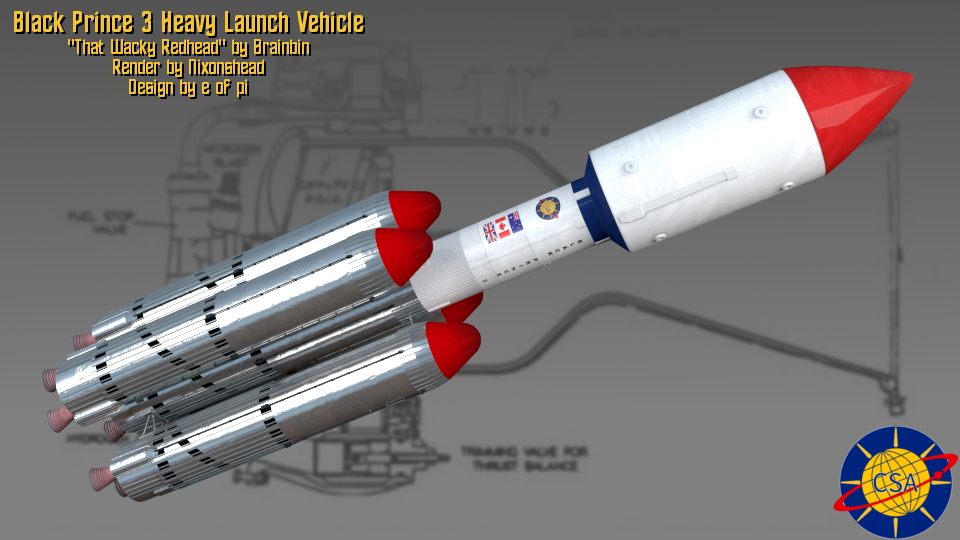 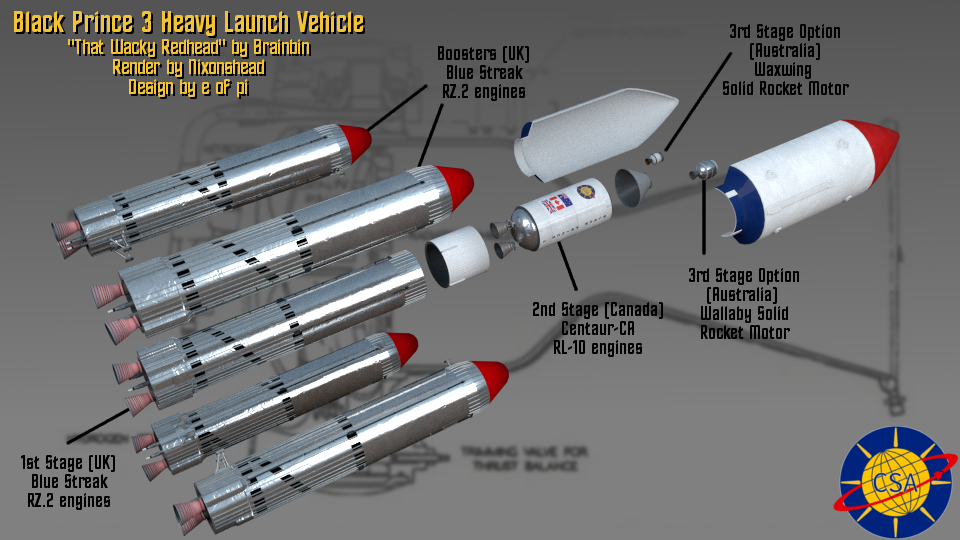 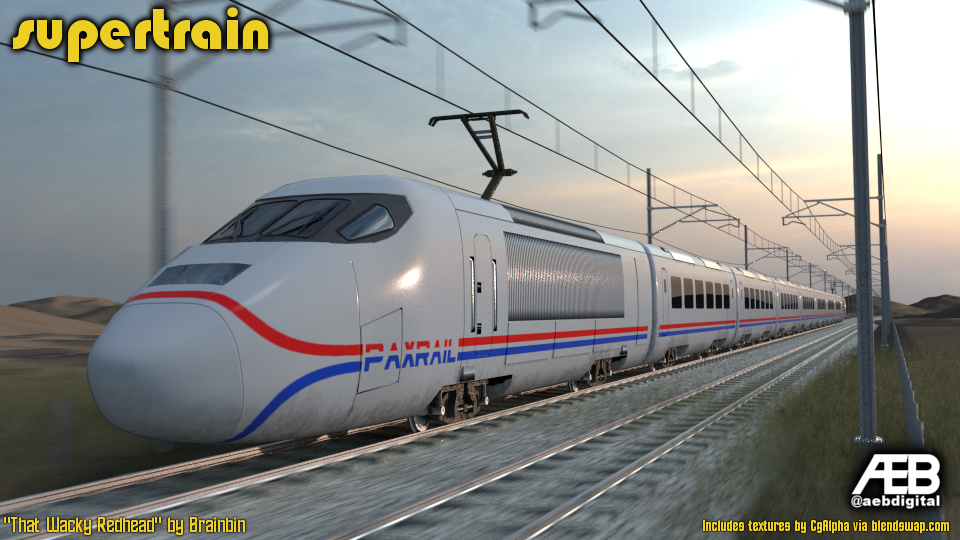 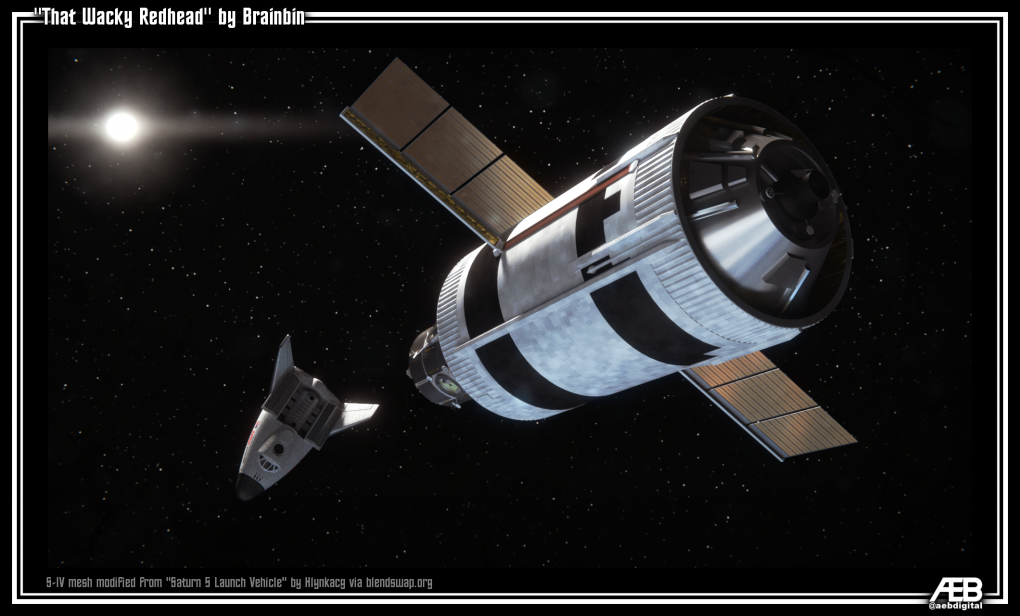 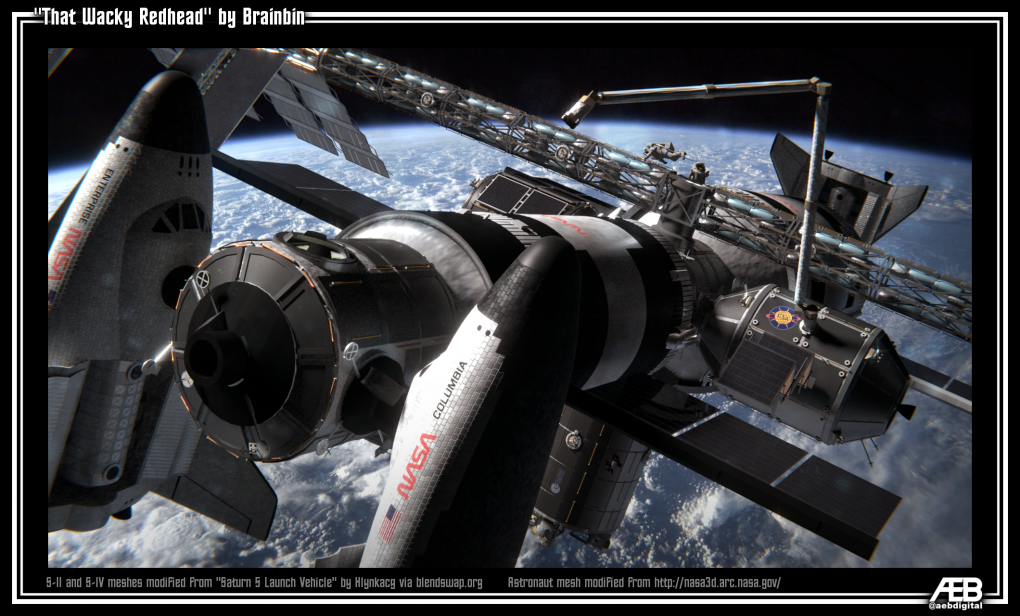