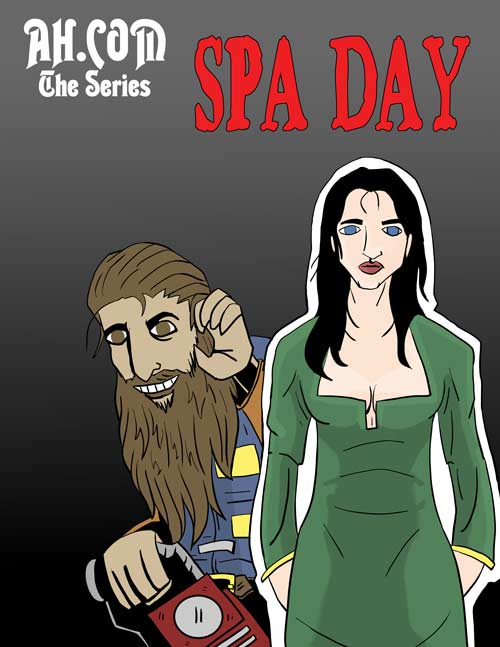 The crew is docked at the Hub, Doctor What and Grey Wolf take the time to partake in a little libation at the Pub, while a majority of the crew is still on board. Keira Knightly and IronYuppie both head off to a day at the Spa, leaving behind a forlorn Dave Howery.

Landshark finds a blind Kit in the Teleportation Room and is frustrated by the inability of people to contain themselves. He leads Kit back to the Med Bay, but is confronted by Dave Howery.

Landshark and Dave fight it out, Dave gaining the upper hand. Dave is then knocked unconscious by Weapon M, who has just returned to the ship. They arrive to the Med Bay to find that Torq has also become blind.

Meanwhile though all of this, Doctor What has met a girl at the Pub, Strategygirl, who brings him back to her hotel room. Suffice to say, she does things to him that cause him to whimper and weep as she leaves.

In the Tag is is revealed that Ward and Grimm Reaper are responsible for the blindness caused on the AH.com ship, hiring Mirror Thande to make a chemical that would cause the blindness. Ward also hired Strategygirl to seduce Doctor What, simply to mess with his mind.

What she did to him and why Ward does not look at her, are never to be known.