The Falling Rain: A Graphics Timeline 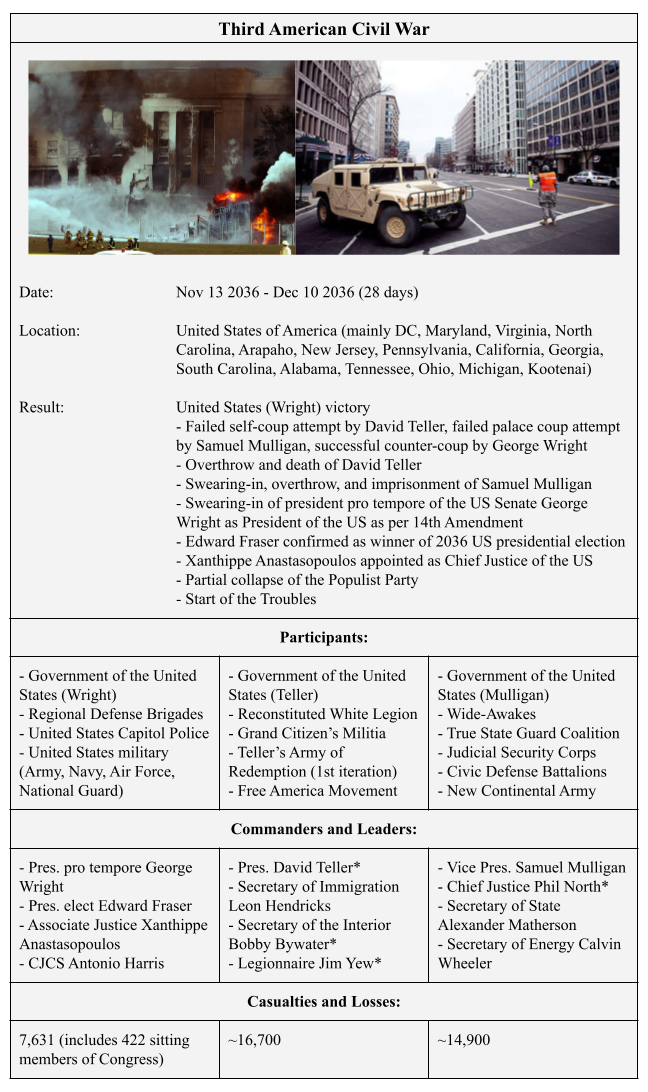 "At what point then is the approach of danger to be expected? I answer, if it ever reach us, it must spring up amongst us. It cannot come from abroad. If destruction be our lot, we must ourselves be its author and finisher. As a nation of freemen, we must live through all time, or die by suicide."
- Abraham Lincoln, 1838 Lyceum Address​
Last edited: Nov 18, 2021
West Sudan 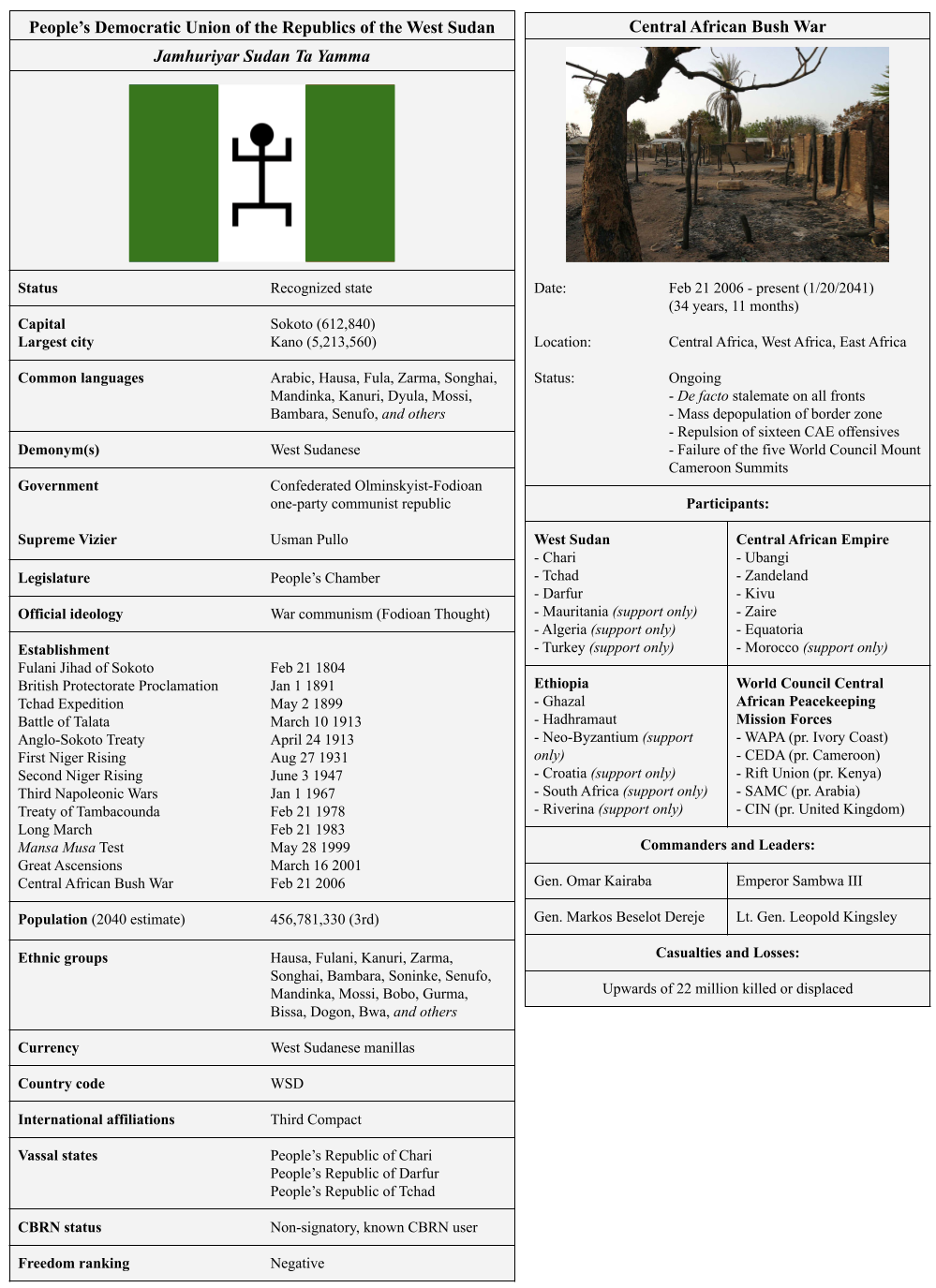 ​
Here's another of this world's villains, and the second of the five major ongoing conflicts in the world! Still not quite sold on the flag design for West Sudan, have to think about it some more.

Are the Third Napoleonic Wars the same as the Second European Civil War?

And when did the Second Napoleonic Wars happen?

TheBeanieBaron said:
Are the Third Napoleonic Wars the same as the Second European Civil War?

And when did the Second Napoleonic Wars happen?
Click to expand...

The Second Napoleonic Wars are a series of wars that Napoleon III wages in Europe and around the world that generally last from 1859 until 1873, and include the Austro-Sardinian War, the Polish Independence War/Crimean War, the Franco-Mexican War, the Sicilian War, the First Franco-Prussian War, and the French Civil War of 1871-1873, among other conflicts.

The Third Napoleonic Wars, by contrast, are waged from 1967-1978, and involve the return of the "Free France" government, run by Napoleon VI, from Africa back to Europe, and the wars mainly see France lose all of its colonial possessions in exchange for recovering the mainland, all except for Wehran.

France has a rough time in this world - there are seven republics, four empires, the Orleanists come back for a moment, and then there's the dictatorships of Sorelian France and Gallicist France during the European Civil Wars. France is a major power in the world, but not a Great Power.
Threadmarks
Reader mode
You must log in or register to reply here.
Top
Share:
Share
Top