THE BEATEN PATH: One Bicentennial and Counting

what about local state senate and house control?

I'm interested to see how the United States Senate turns out in 1978.

Wolttaire said:
what about local state senate and house control?
Click to expand...

Likely not, if only that I’m one person and don’t have the resources/energy to go through all of that - rest assured anything of consequence will be involved, though.

Enigma-Conundrum said:
Likely not, if only that I’m one person and don’t have the resources/energy to go through all of that - rest assured anything of consequence will be involved, though.
Click to expand...

On the edge of my seat to find out the ramifications of the 1978 Midterms & can Reagan push full-steam ahead ?

49ersFootball said:
On the edge of my seat to find out the ramifications of the 1978 Midterms & can Reagan push full-steam ahead ?
Click to expand...

You have to remember that Reagan is also excellent at Clinton-style triangulation - he did it well in CA. He was never the flaming conservative firebrand every Republican elected after he left office thinks he is. It’ll be rough, though - people like Tip O’Neill don’t play the way the CA Dems do.

Oh, this is very interesting. Can't believe I only stumbled open it now. Keep up the good work, hopefully the Liberals can keep gaining support.

Enigma-Conundrum said:
You have to remember that Reagan is also excellent at Clinton-style triangulation - he did it well in CA. He was never the flaming conservative firebrand every Republican elected after he left office thinks he is. It’ll be rough, though - people like Tip O’Neill don’t play the way the CA Dems do.
Click to expand...

He was also the smooth political operator & was aggressive.

SuperFrog said:
Oh, this is very interesting. Can't believe I only stumbled open it now. Keep up the good work, hopefully the Liberals can keep gaining support.
Click to expand...

Enigma-Conundrum said:
We’ll get there eventually! It’s still 1978 and the primary field won’t take shape for a bit, have patience.
Click to expand...

The situation I can recall that brought me to run for Congress was watching Edward Brooke lose his primary. I was in contact with the Senator, and no matter how much I talked to him, he was firm when it came to staying in the Republican Party as “the voice of reason.” Reagan’s partisans were not in favor of moderation, though. They were there to take control, to not give a single inch to the centrists. This made Brooke, one of the most liberal Republicans, a high target on their list. Ultimately, when Brooke lost to a radio host named Avi Nelson, another one of Ronald Reagan’s ideological troupe, I made the decision to reach out to the state Liberal Party. The Senator had a noble aim in bringing reason to the Senate, but he had attempted to do so through a vessel filled with non-reason. I wished to do what he failed to do, but aligned with similarly disgusted moderates.

REFLECTIONS OF A RADICAL MODERATE, written by Fmr. Sen. Elliot Richardson (L-MA) in 1994


Anderson suffered his first big political setback in 1978. It was no secret in the halls of Democratic-Farmer-Labor meetings that Governor Anderson deeply wished to be a Senator, and when Hubert Humphrey died, many thought this was his chance. In his power to appoint Senators, he appointed Muriel Humphrey, thinking the late Happy Warrior’s widow would not be long for Washington. Needless to say, this was not the case. Humphrey threw herself deeply into resolving her husband’s last political affairs, as well as pushing for even more progressive goals (she often stated that she was probably left of Hubert, anyways). When the second Senator Humphrey announced her intent to run for renomination, Anderson promptly saw where the winds were blowing and changed his plans to become a bid for re-election.

Now, I’m going to briefly diverge from recorded history to entertain a thought exercise full of what-ifs. This what-if is that it may be Anderson’s stifling that allowed the DFL to become a multistate endeavor in the 80s. Internal polling from Anderson’s office demonstrated a very tepid reaction to his bid for the Senate at best. In addition to this, if he did so, Rudy Perpich would’ve taken the Governor’s Mansion. Yes, “Goofy Rudy,” a candidate known for his deep flaws, would’ve had to defend the Governorship from Al Quie. Anderson himself, a veritable titan of Minnesota, barely defeated Quie. This many defeats in one good Democratic year would’ve demonstrated the DFL as an untenable party model, one that other similar states should not adopt. Instead, the first election for the DFL without Hubert Humphrey only cemented its efficacy, and we are where we are today.

TOO MUCH DEMOCRAT, NOT ENOUGH FARMER-LABOR: A History of Minnesota’s Unique Party, published in 2006

After a long recount battle, the results have been certified: by 348 votes, Bill Roy has defeated Elizabeth Dole.

Rep. Roy ran against Sen. Dole, who was appointed to fill her husband’s vacant seat. While Sen. Dole was initially heavily favored for re-election in the deeply Republican state, one rally has been cited as ultimately causing a shift against her. At a Wichita rally, Dole made a speech characterized by observers as “bizarre,” in which she claimed, among other things, that her opponent “believed in a godless America.” Roy went on to rebuke this, stating that “I believe in God, Senator. I believe in a God who calls on us to take care of those less fortunate than ourselves, a God who wishes to provide us with the freedom and opportunity to do what’s right. The fact that you’d invoke his name and doubt my belief as a political cudgel against me is nothing short of shameful.” Although Dole claimed that her comments were meant to call attention to Roy’s pro-choice stance on abortion, the damage was already done.

However, by the end of the night, it was still uncertain who had won. While Roy held a razor-thin lead of 521 votes, this was well within the range for the Dole campaign to request a statewide recount. The recount was immediately legally challenged by the Roy campaign, who argued that there were no irregularities that required a statewide manual recount. Ultimately, the state Supreme Court ruled in favor of Dole, allowing the recount to continue. Despite this, it wasn’t enough to save Dole, who only saw Roy’s minuscule margin shrink by 173 votes. 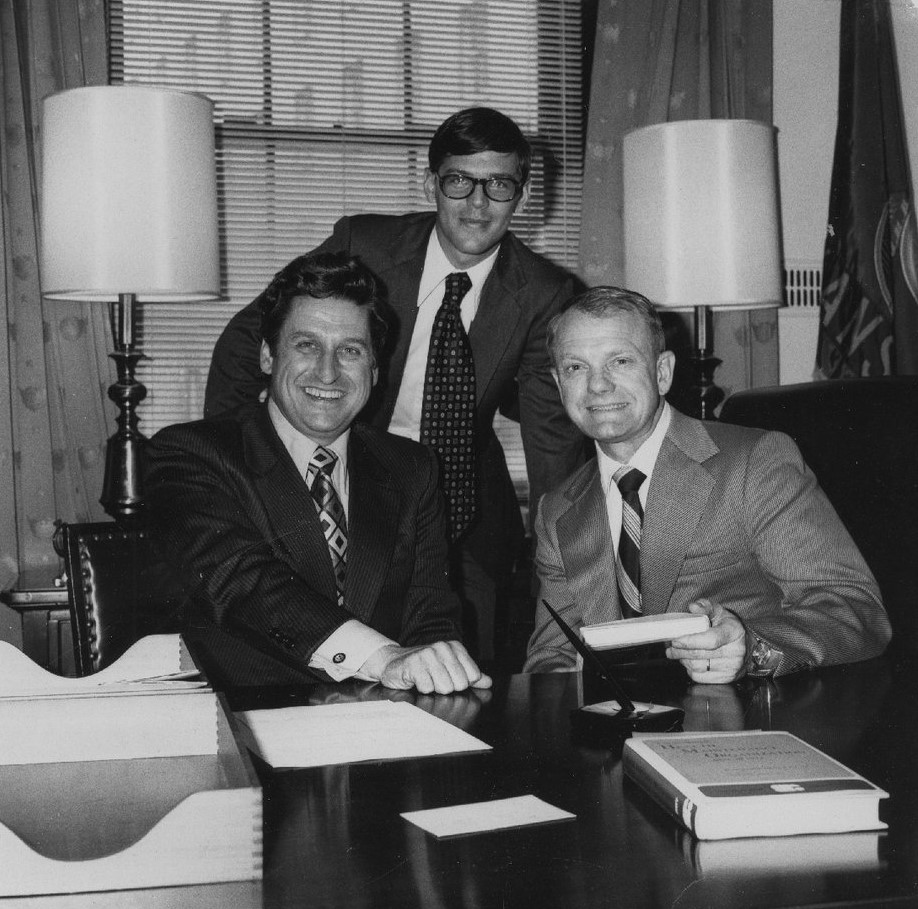 ...this has been attributed to Mr. Ingram’s vocal support for the state legislature’s ratification of the ERA, which, as in most of the ERA-ratifying southern states such as Florida, proved an unpopular opinion...

...a Thurmond campaign strategist, Lee Atwater, responded to our request for comment saying “Well of course Thurmond won! He’s been representing this state’s values for decades, and voters love that. You don’t become a state fixture by remaining out of step with it, which the more radical Democrats obviously have not learned."

...John Dingell, a leading liberal Democratic Congressman who’s widely been viewed as a top recruit for Senate Democrats, has successfully unseated incumbent and Senate Majority Leader Robert P. Griffin. Griffin responded by saying “well, we did the best we could, but the people of Michigan have made their decision, and I respect that.” Dingell defeated Griffin with nearly 54% of the vote… 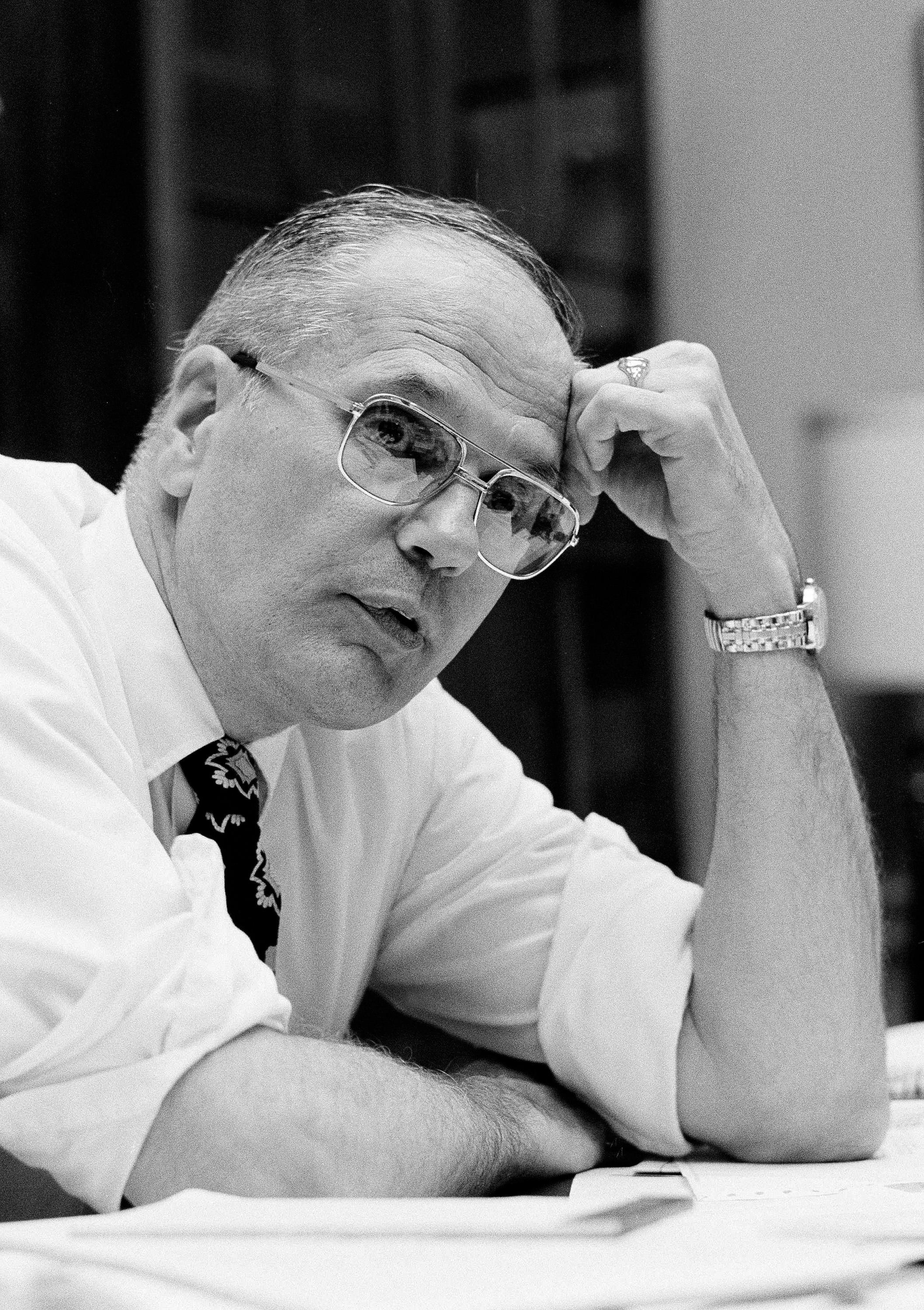 Above: Sen. John Dingell (D-MI), "The Funniest Man In Washington," known for his liberal principles and sharp wit.

...Denton ran a deeply religiously themed campaign, with heavy backing from the Moral Majority and the President's vocal support. Denton’s 1% margin of victory, despite polling behind Donald Stewart for the entire race, demonstrates the growing troubles for southern Democrats as they become associated with an increasingly liberal national Democratic Party… 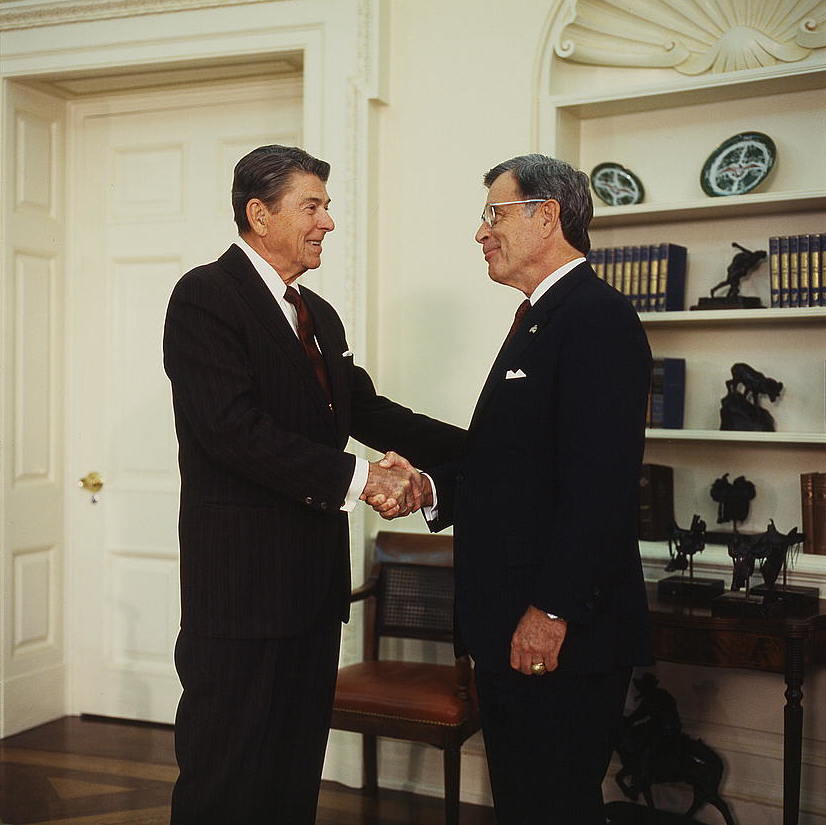 Above: Senator-Elect Jeremiah Denton (R-AL) meeting with President Reagan. Denton would prove to be a frequent ally of the President, especially on matters of faith.


COMPOSITION OF THE US SENATE - 1978 MIDTERMS

Will any Democrats be defecting to the Liberals? I can see OTLs New Democrats fitting in well there.

Sad to see any the DFL shall fall

SuperFrog said:
Will any Democrats be defecting to the Liberals? I can see OTLs New Democrats fitting in well there.
Click to expand...

The thing is, the Democrats have two safeguards against this.
1. The states New Democrats tend to reside in are not states that the Liberals do well in. People who flip only do so if they’re pissed and if they think they can win. Mathias won in Vermont, so Jeffords felt confident. That sort of thing. Meanwhile you have a deeply southern DLC, and the south tends to be actively hostile to the Libs - they’re the old type of eastern Republican, the ones the South would literally never vote for. You’re not going to see Al Gore lining up to jump out of the Democratic Party.
2. The Democratic leadership has time to prepare for this. They saw the Republican revolt, and they’re not anxious to repeat this for themselves, so they’re doing basically all they can to prevent it. In this case, you have leadership members reaching out to independently-minded centrist Democrats and keeping them onboard and the Liberal bloc themselves to try and keep them to focus on their Republican counterparts.

However, you may see OTL Democrats running for office AS Liberals. See Lanny Davis, who ran for the House district he represents as a Liberal ITTL as a Democrat in 1976.


Wolttaire said:
Sad to see any the DFL shall fall
Click to expand...

On the contrary! MN isn’t going anywhere, and the lack of a “DFL Massacre” totally changes the perception of the party and the attitude of its leadership. Not giving anyway any other details of this yet, though.

Kicked
Banned
How in the world did Brooke lose the GOP Primary ?

49ersFootball said:
How in the world did Brooke lose the GOP Primary ?
Click to expand...

OTL he got primaried by Avi Nelson and won 53-47, mostly due to a last-minute campaign surge by “establishment” conservatives (RNC chair Bill Brock, for one) who worried that Nelson was unelectable. It’s not unreasonable in a scenario, with this bad a conservative split in the GOP, that said conservatives are simply unwilling to help someone they don’t particularly love to begin with and think will Lib-flip on them anyways.
Last edited: Jan 10, 2020

I’m more curious about John Warner, given that he lost the primary IOTL after all and was saved by a plane crash.

Electric Monk said:
I’m more curious about John Warner, given that he lost the primary IOTL after all and was saved by a plane crash.
Click to expand...

Did I seriously put Warner. Dammit I did. Okay well I intended to put Obenshain down, but when I copied my Senate list over I kind of forgot to do that. Basically, it’s fixed, and Obenshain won that race free of plane crash.
Threadmarks
You must log in or register to reply here.
Top
Top