There's something wickedly amusing having Junqueras being the prime minister of a Carlist king...
United States: Great Mormon War (1885-1887)

It went badly for one of them...

Kurt_Steiner said:
There's something wickedly amusing having Junqueras being the prime minister of a Carlist king...
Click to expand...

Time is a great healer...

Yes. He had a "last stand" but I've not decided if that means he died or was just captured or something. I have a vague idea for something I might do with him but he's not terribly important TTL.

@Rattigan Thank you for that info dump.

Very informative indeed. Did you ever publish a map of the USA/North American nations? I cannot remember.

Ogrebear said:
@Rattigan Thank you for that info dump.

Very informative indeed. Did you ever publish a map of the USA/North American nations? I cannot remember.
Click to expand...

@Analytical Engine did a map for me that I posted at the top of this thread, which does show the different US states. I'm afraid a map just of the Americas might be slightly dull as most of the country borders are as OTL. I've got a couple of posts in mind about Cuba in the pipeline though...
Cuba

Spain, officially the Kingdom of Spain and also known as Cuba, is a country located in the Caribbean comprising the island of Cuba as well as isla de la Juventud and several minor archipelagos. It is situated east of Mexico, south of the Bahamas and the US state of Florida, west of Haiti and the US state of Dominica and north of the West Indies. Havana is the largest city and the capital while other major cities include Santiago de Cuba and Camaguey. The island of Cuba is the largest island in the Caribbean and the second-most populous after Hispaniola, with over 12,000,000 inhabitants. The name of the state remains controversial, with it still being referred to in official documents as “the Kingdom of Spain,” even though the designation “Cuba” and the demonym “Cuban” have become more common in recent years. The name remains a source of occasional tension with the Republic of Spain (see Cuba-Spain Naming Dispute).

The territory that is now Cuba was inhabited by the Taino people from the 4th millennium BC until Spanish colonisation in the 16th century. From then on it was a colony of Spain until the Spanish Revolution and the Anglo-Spanish War in 1866-1870 resulted in the flight of the royal family from Iberian Spain. They made their way to Cuba, where they were greeted cautiously but positively. Under the Treaty of Lisbon in 1870, the Bourbon monarchs renounced their claim to Spanish territories in Europe but never made such an announcement with respect to their Caribbean territories, instead moving there permanently and founding the state that they called the Kingdom of Spain. For the remainder of the nineteenth century, Cuba endured a fragile development into a constitutional monarchy, with territorial losses consisting of the annexation of Puerto Rico by the British Empire in 1870 and the sale of Dominica to the United States in 1873.

After the flight of the Royal Family until the end of the nineteenth century, Cuba was in practice governed by a series of loyalist Spanish-born generals. The first Cuban-born prime minister, Juan Bautista Spotorno, was appointed in 1902, an important moment in the development of the country’s fragile democracy. Nevertheless, under the dual influence of a disinterested monarch, Alfonso, and economic dislocation in the 1920s, the economic system gradually turned towards Gerardo Machado. Machado instituted an authoritarian regime which persisted until it was overthrown in 1941 by a coup led by the King, the United States and the British Empire. In 1945, a democratic constitution was promulgated. In the postwar years, the country has developed a substantial tourism and entertainment industry, with Havana being christened the “Entertainment Capital of the World.” In addition, the island is home to the largest film studios in Latin America and the Hispanophone world, located around Santiago de Cuba and nicknamed “Caliwood.”

Cuba ranks among the top ten wealthiest countries in the world in terms of GNP per capita. It currently has an advanced, mixed free-market economy with the main industries being gambling, tourism and entertainment. The country also has significant industrial and educational sectors and remains a soft power leader in the Hispanophone world. Cuba is ranked the third most developed country in the world by the Human Development Index and performs well in several national performance metrics, including freedom of the press, economic freedom and civil liberties. Cuba is a founding member of the Comunidad Hispana and a member of the G20.

Cuba sounds like a fun place to go on holiday!

Place does seem to punch high above its weight economically- guess its those lovely tax $$$ - does the place have any rep for money laundering/mob activity?

Ogrebear said:
Cuba sounds like a fun place to go on holiday!

Place does seem to punch high above its weight economically- guess its those lovely tax $$$ - does the place have any rep for money laundering/mob activity?
Click to expand...

As in OTL there certainly was a lot of *interesting* American (and others) money floating around Havana in the 1950s that invested in the casinos and resorts and there's a fair bit of that still around. That being said, if it's rep is a bit dodgy it's not particularly unpleasant - think of something a bit like OTL Las Vegas or Macau, perhaps - and it's not like it's a dangerous place for people to go.
Cuba: Monarchs 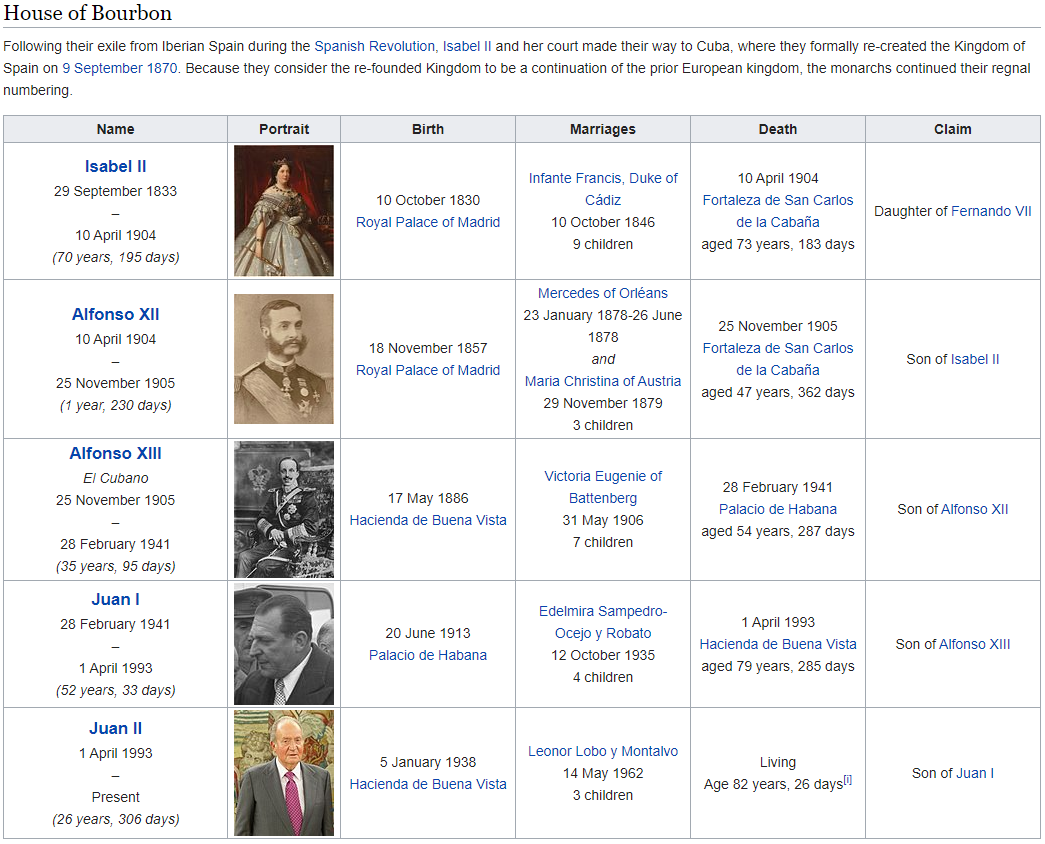 No Felipe "El Preparao" yet?

I thought that update might appeal to both of you.

Couldn't resist it when I noticed that he was the first one to be born in Cuba...


Kurt_Steiner said:
No Felipe "El Preparao" yet?
Click to expand...

He's too busy enjoying his marriage to Eva Mendes to assume the throne, just yet.

More seriously, I think that the experience of TTL's Bourbons (fleeing their country, refounding the kingdom after a brutal civil war and delicately securing it over decades) would have placed more of a taboo on abdication than OTL. Secondly, the 07/08 financial crisis that caused Juan Carlos to abdicate OTL has been butterflied away so he doesn't really face similar public pressure.
Cuba: Spanish Naming Dispute 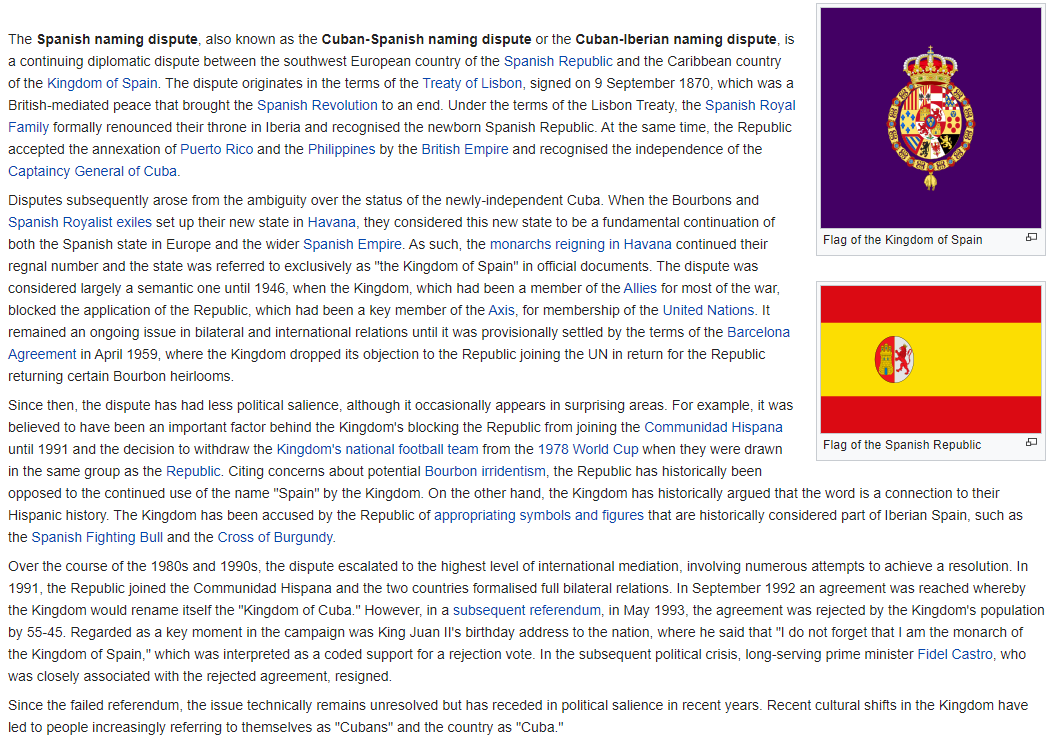 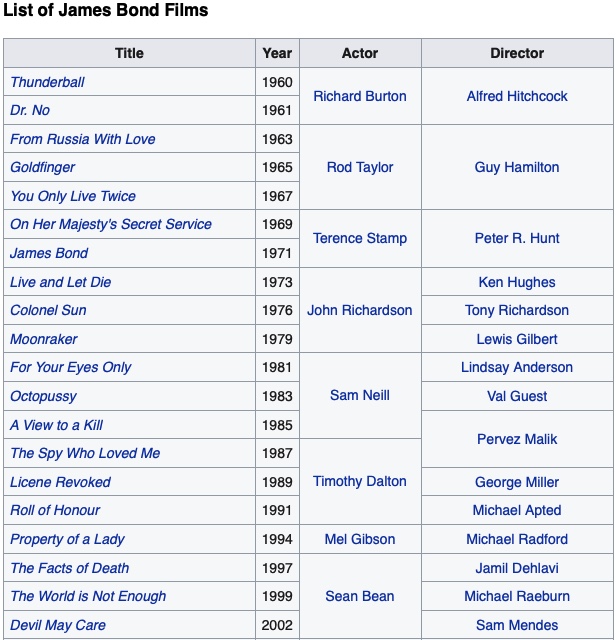 I had some kind of brain fart and thought that Ryan Gosling was Ryan Reynolds. The idea a Bond acting like Deadpoll made me go full LOL.

Kurt_Steiner said:
I had some kind of brain fart and thought that Ryan Gosling was Ryan Reynolds. The idea a Bond acting like Deadpoll made me go full LOL.
Click to expand...

Probably would have been more watchable than some of Gosling's movies were...

I wonder what was Pierce Brosnan doing intead of "Bonding".
Threadmarks
You must log in or register to reply here.
Top
Top