Welcome to the second edition of Alternatehistory.com’s Telephone Map Game!
Links to the First Edition and the Second Edition.

What’s a Telephone Map Game?
A Telephone Map Game is a turn-based Map Game, inspired by the children’s “Broken Telephone” games.
The game starts with Player Nº1 making an Alternate History map. It can be from anywhere in the world and any timeframe. Then, when the map is completed, Player 1 sends the map to Player 2, and to nobody else. Then Player 2 makes another map, which could be considered to be in the same universe as Map 1 (No need to be in the same date, the map could be set centuries before or later, or just a few months). When finished, Player 2 sends their map to Player 3. Now Player 3 does a map which could be in the same universe as Map 2, however, Player 3 doesn’t know what Map 1 looks like. The process repeats until a substantial amount of players have finished the turns, and then the whole process is revealed, looking at how the concept changed from the first to the last map.

My ideas for the third edition:
Honestly I don't have many ideas to change the current format of the game - We could try and make less branches (Pro's: easier to manage for me, will allow for more divergence between the start and the end of the list. Con's: Longer waiting times for the people towards the end of their list), but I'm completely open to more ideas.

Anyway, leave your claims below! Remember that upon creation of the lists, those will be randomized, so claiming first or last doesn't make a difference! This post will be updated when the lists are created. 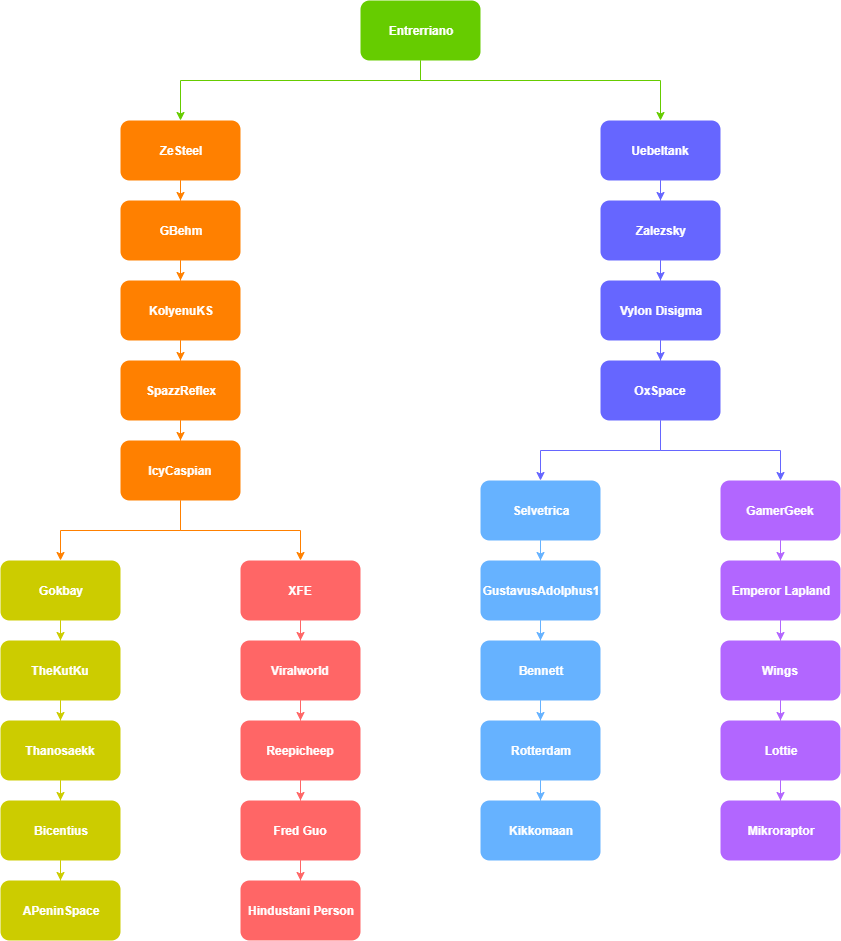 Banned
Is it possible to get the a late entry? I’ll be away from New Years to the 17th or so

APeninSpace said:
Is it possible to get the a late entry? I’ll be away from New Years to the 17th or so
Click to expand...

Oh, yeah I will put you towards the end of the list, which will most likely be after that date.

Also guys please try to make entries this time. If you aren't sure you will be able to please think before you claim, and if something happens, tell us at the start of your turn and not towards the end.

I claim as well

I'll claim. I will be busy middle-December but the turn might get to me at a free time so yeah.

Donor
Here's my idea: Have maybe 3-5 distinct branches, but players can, if they want to, be part of two branches.

APeninSpace said:
Is it possible to get the a late entry? I’ll be away from New Years to the 17th or so
Click to expand...

Claiming. I'd also like to get a similar mid/late entry--maybe my turn could be somewhere during/a week or two after the week of Christmas? My Uni entrance exams would kill me if otherwise.

I’ll claim as well, any time after dec 7 if possible.

Third time, let's go!! I claim.
Threadmarks
You must log in or register to reply here.
Top
Top