Fight and Be Right 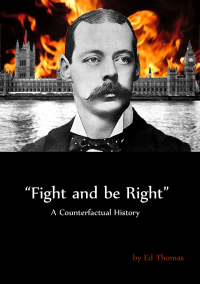 The late 19th Century, particularly the British political scene in the 1880s, 1890s and early 1900s, concentrating on an alternate political career for Lord Randolph Churchill.

The title is based on an OTL quote by Churchill, in reference to the reaction of Irish Protestants if the British government acceded to straightforward Irish home rule: “Ulster will fight, and Ulster will be right.”

In the summer of 1876, the Marquess of Blandford's maid loses several letters written by the Prince of Wales to his lover the Countess of Aylesford. OTL Randolph Churchill convinced the Marquess to use the letters in an attempt to blackmail the Prince, causing a major royal scandal and the banishment of the Churchills from polite society for several years. ITTL, the scandal is avoided, the Churchills stay at the centre of the London social scene, and Randolph's continued friendship with the Prince of Wales gives his career an early boost…

The Timeline follows the political career of Lord Randolph Churchill from his early days as a minor Conservative MP through his rise to power and eventually his political downfall and death. Thanks to Churchill's intervention, British politics diverges significantly by the mid 1880s; by the turn of the century, the entire world is a very different place indeed…

And much, much more…

Included for completeness sake. Outside of a few small, later updates, most of the timeline is available in the downloadable .pdf e-book prepared by the author.

Chapter Overview for Fight and Be Right

Tread carefully. These overviews are best viewed and read after having read the timeline. There are bound to be spoilers.