An Imperial battle station in AH.com Wars. Parodying the Death Star, the idea is that the original construction invoice transposed two letters. The spell checker didn't pick it up because, well, tsar is a word.

Thus, the Imperials built a battle station in the shape of Russian Emperor Nicholas II.

The Death Tsar is actually rather larger than its Star Wars counterpart, being large enough for an atmosphere to cling to its surface. The equivalent of the exhaust port from the original film was mounted right at the back of the craft's “nostrils” and many Rebel pilots were downed in the 'trenches' between skyscraper-sized nose hairs mounting laser turrets.

After destroying the planet Canada, the Death Tsar was destroyed by Luakel just before it was about to fire on Yeravinalarf IV. 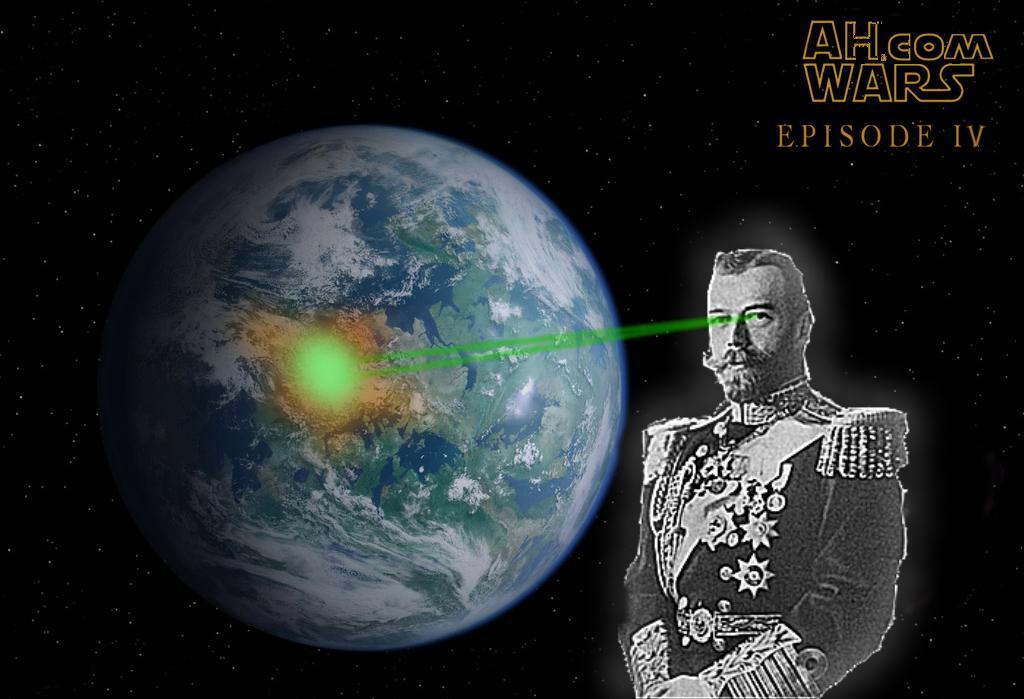 The Death Tsar on the official poster of AH.com Wars Episode IV: An Old Doubt.