Royal and Imperial Society for the Promotion of Nipponoscepticism

The RISPN is an informal group started by Thande to protest the ignorant worshipping of distorted Japanese culture by 13-year-olds. Its supporters can broadly be defined as Flocculencio due to the East Indies thing, Cockroach for his incisive rebuttal of katana-related delusions via threatened application of 1912 pattern cavalry sabre to the katana-fanboy, and Ofaloaf.

The phrase “Royal and Imperial” is a reference to Thande's timeline Look to the West and denotes a transatlantic relationship (Britain is Royal and America is Imperial) to highlight the fact that the RISPN is drawn from both sides of the ocean.

As designed by Thande.

The RISPN now also has its own motivational poster. (There should also be “Death to mecha, death to radioactive dinosaurs, death to giant robots, death to little girls in puffed skirts with stupid magical powers, death to ripping off everyone else's mythology, and death to pretending to have been on the other side in WW2”, but there wasn't room). 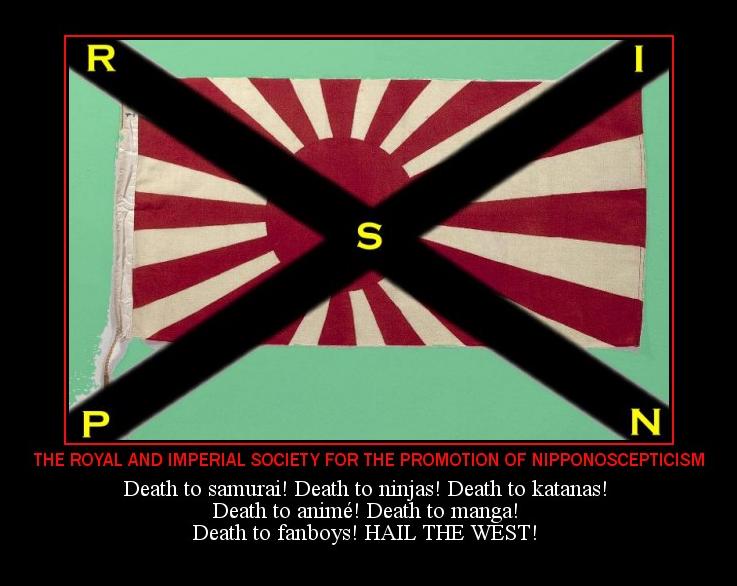