Rába 38M Botond in 1941, near Sopron and the austrian border

A propaganda map of the German Empire of 1919 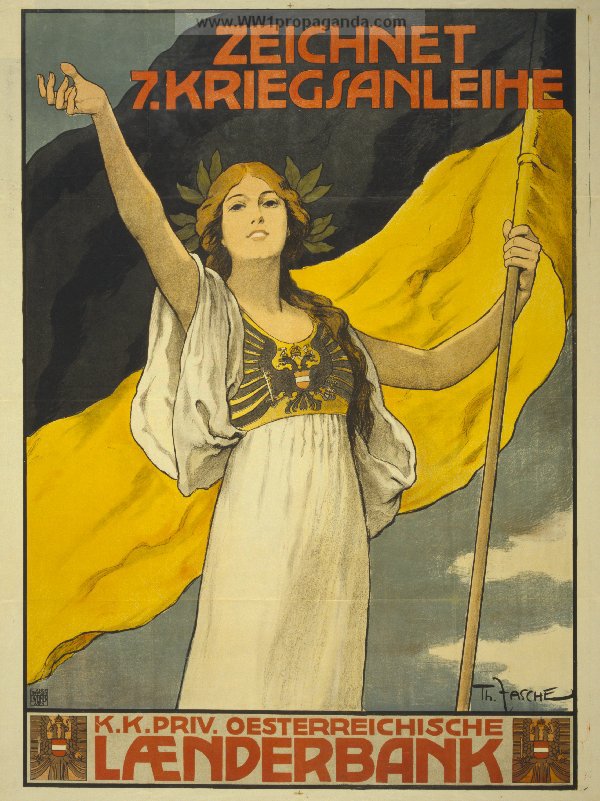 Austria-Hungary propaganda poster announcing the seventh war bound drive to give more support, despite the crumbling of the empire and the reforms made later. 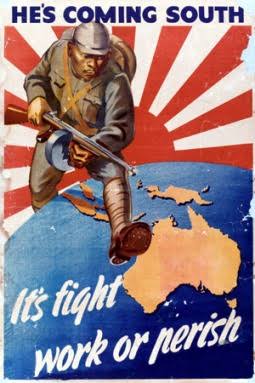 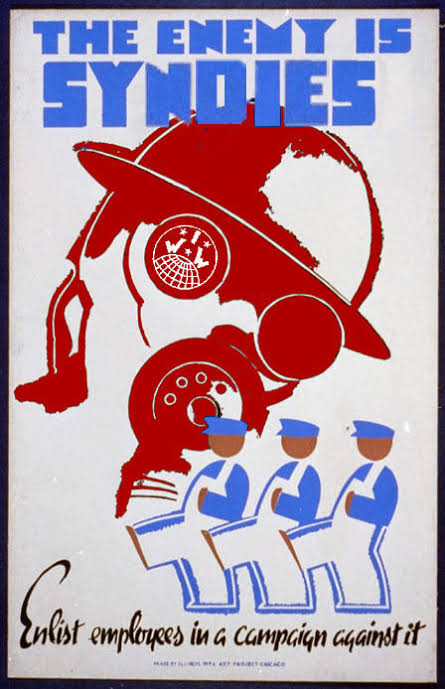 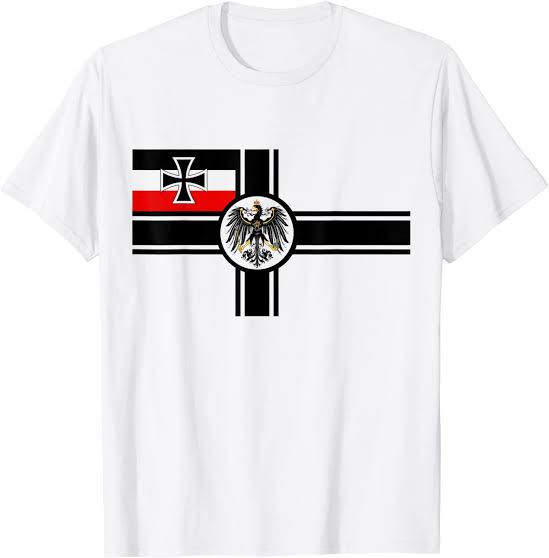 Jawaharlal Nehru, visiting Pondicherry a few months after the de facto transfer of the german territory to the Republic of India, who reunified the region after a pact with the british and the less-radical members of the Bharatiya Commune 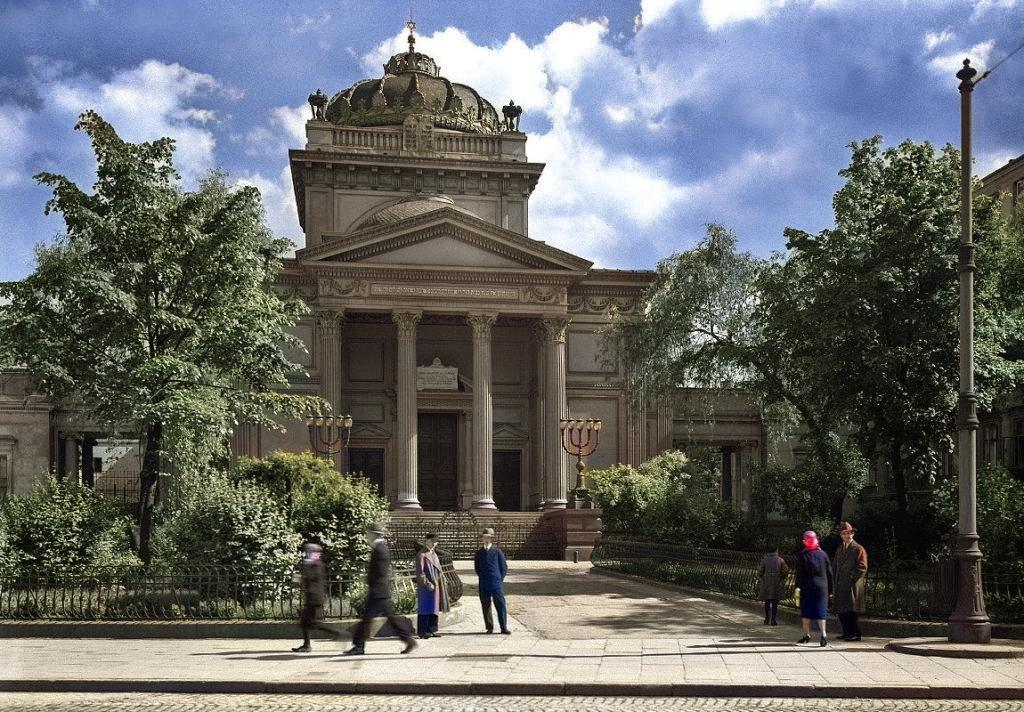 The Great Synagogue of Warsaw, 1944 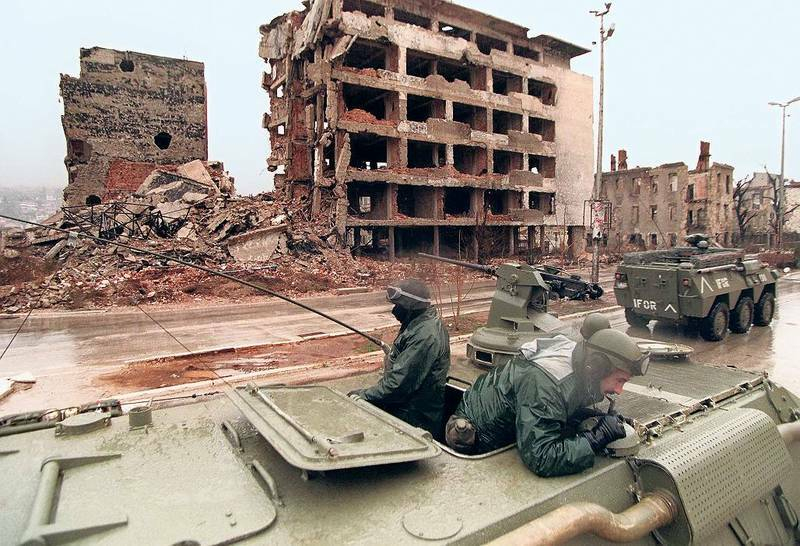 soldiers of A.O.K. 14 during the collapse of the united Baltic duchy 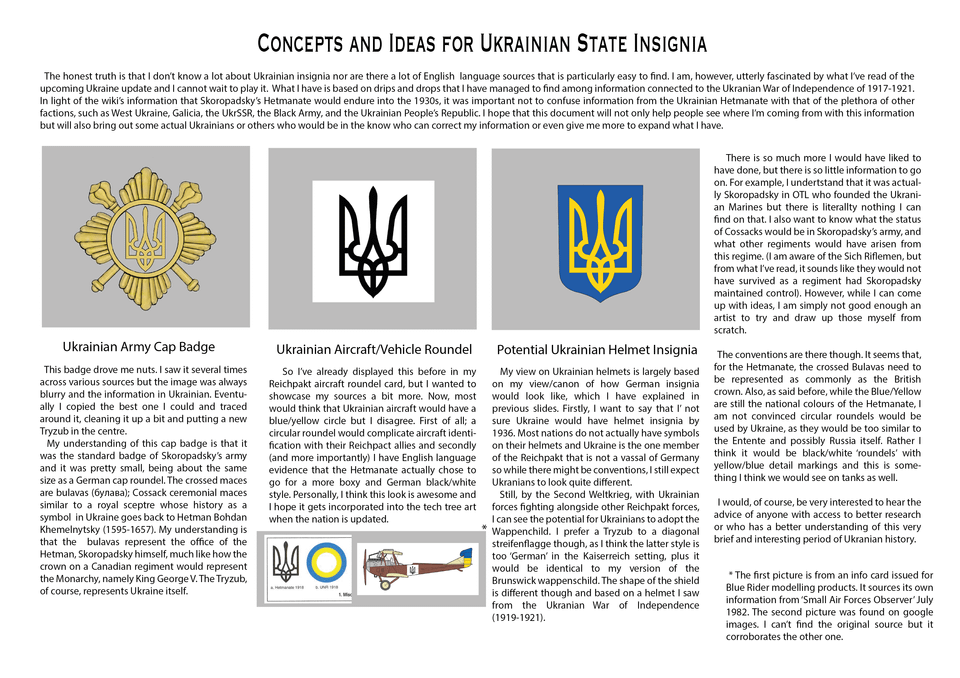 From Timeline-166 (My personal Kaiserreich timeline)

The War in the East: A Complete History of the Eastern Front of the Second Weltkrieg
~ By Joanne Meyer 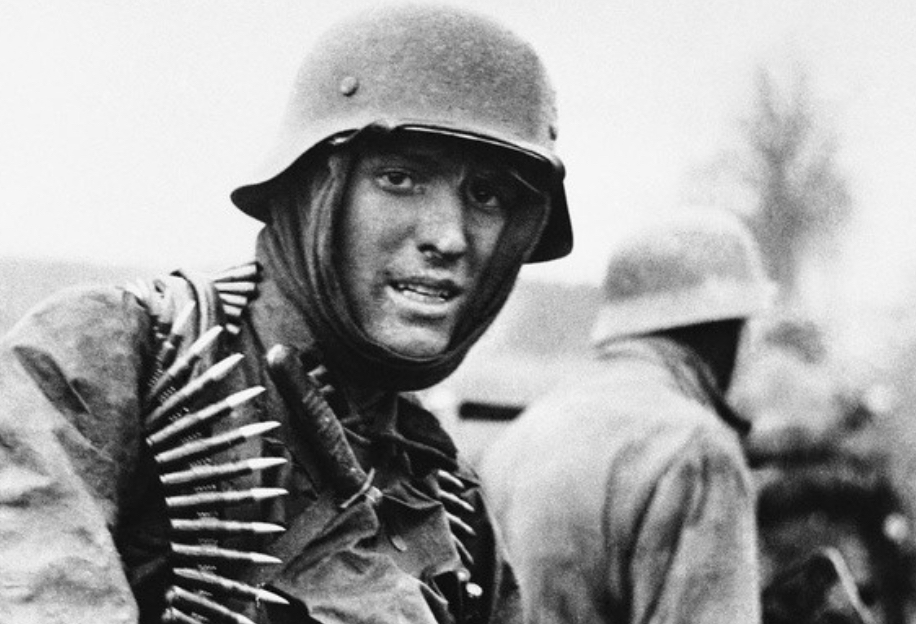 Chapter 23: The Turning Tide
On June 22, 1941, at approximately 03:00 UTC, the Great White Army (forces of Savinkovist Russia) began to storm across the borders of the United Baltic Duchy, Ukraine, White Ruthenia, Georgia, and Azerbaijan. Codenamed: Operation Kutuzov, it would become the largest invasion in human history. Involving some 5.2 million troops, 32000 artillery pieces, 5000 tanks, 15000 trucks, 1900 fighter planes, 900 attack planes, and 500 strategic bombers. The main objectives (from the Russian viewpoint) were to “recapture” the Russian territories of the “German-Occupied Western territories” and break the back of an already weakened Reichs Heer. The operation was truly the beginning of the end of the German Kaiserreich, even if the German high command refused to recognize it as such. 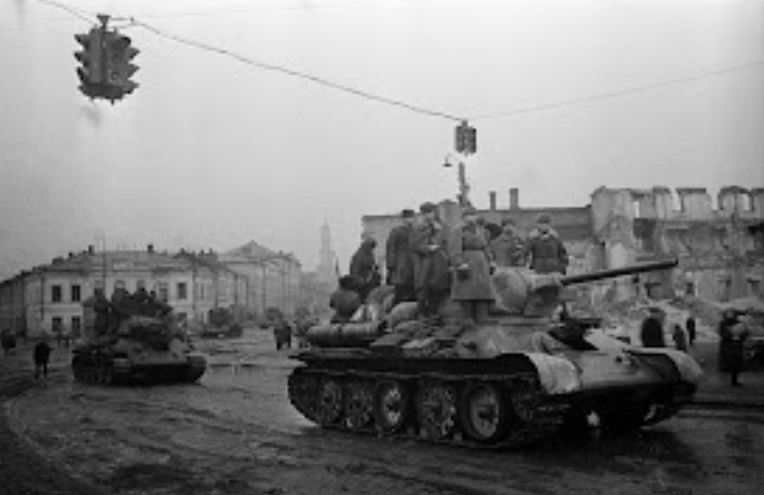 ~ Forces of the 11th Guards Tank Army triumphantly enter Kharkov on June, 29th 1941. The total route of Reichspakt forces near the city greatly bolstered morale in the Russian National Republic and reinforced the image of Savinkov’s Russia as a “liberating” hero for the Slavic peoples of Europe.

Objects of Importance
The Russian Tank program in the 21st Century
​
Despite being the largest military on Earth, the Russian army was generally not well equipped by the Early 2000's. An economic recession in 1998 had nearly halted heavy manufacturing and electronic parts production, and most of those resources were diverted to transport and aircraft, while Trains, Trucks, and Tanks were all slowed to a crawl. Despite this setback, money was still funneled into the tank development program and it's experimental designs to replace the aging T-72 and the almost obsolete T-80 hull. In June of 2000, there was a competition between several vehicle designers to build a tank of the future. Two designs were immediately accepted for further trial, one by Uralvagonzavod and one by Omsk Transmash, both given a huge task. Replace the T-72 and T-80, which had combined for about 8,700 units in service. 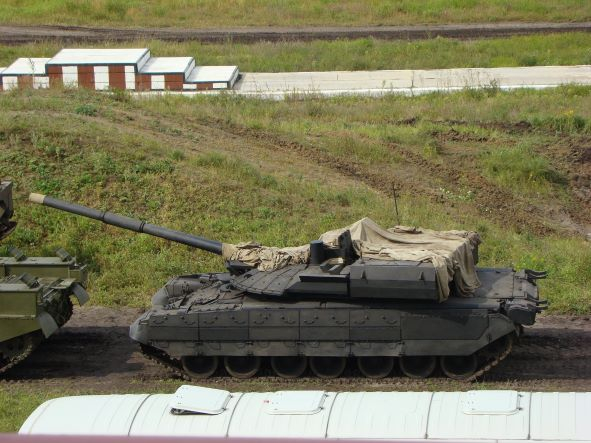 A photo of the Object 640 in testing, which would eventually become the T-10 Main Battle Tank.​
Omsk Transmash's design, the Object 640, was a near complete reconstruction of the T-80 Tank. Despite not being completely new, the Object 640 was revolutionary for it's innovative turret design, which was larger and used an autoloader in the all-new turret bustle, significantly decreasing reload time. A new 125mm 2A82 gun was implemented in a 2008 redesign of the tank, which improved the firepower. A very impressive sensor and sight suite was designed with long range combat in mind. A new engine with 1600 horsepower was specially designed for the Object 640, and gave it impressive mobility. Along with a new gun, the 2008 final redesign gave it the Drozd-2 APS System and Relikt ERA package, which drastically improved survivability of the tank. In February of 2010 it was approved for 250 units and given the Designation T-10. As of 2021, the T-10 is currently in service with the Russian Red Army with 870 units, with an order of the T-10A in place for 550 more units. 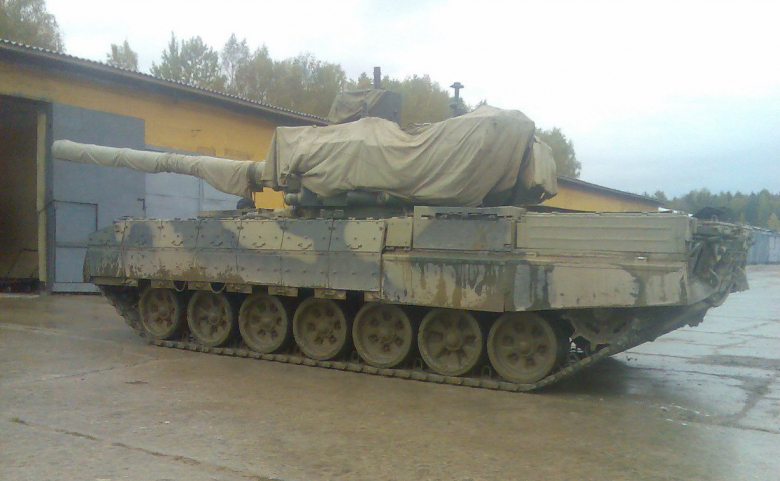 Object-195 during its drive test. The Object-195 was later accepted and designated the T-16​
Uralvagonzavod's design, unlike Omsk Transmash, was entirely new from the hull, which was redesigned from the T-90 and T-72 programs, heightened, lengthened, and a new composite armor material used for its armor. Crew were now placed entirely in the hull, within a heavily armored pod with advanced sensor suites and an inventive ground-based RADAR for rangefinding and scouting placed on the turret. This tank was nearly 60 Tons, much heavier than the Object 640, and less mobile, but with a larger sensor suite and more firepower. The main weapon was the 152mm 2A83M cannon, which fired enormous shells at over two kilometers per second. This design was not accepted until 2014, when the need to upgrade from an entirely 125mm based tank fleet was seen. This tank was therefore designated the T-16. After a redesign in 2016, replacing the Relikt ERA with more advanced Malachit ERA and implementing a new, more powerful 1,650hp engine, this tank was ordered for 350 units by 2020. There are 430 units in service and 800 ordered, but production has slowed while more resources are diverted to bringing the T-90 and T-80BVM up to date, and retiring the few remaining T-72s left in service.

posters for "National Defense Girls I will protect Japan!,Kokubō joshi Nipponkoku wa watashi ga mamori ma ̄ su!,国防女子 日本国は私が護りまーす！ " on Bilibili "Japanese people's army, 日本人民軍,Rìběn rénmín jūn" a sino-Japanese anime about an alternate world dominated by the entente and the Reichspakt . The timeline is often called the imperialists world(帝国主义世界,帝国主義者の世界) among fans The world shows Asia dominated by imperial powers with Thailand and India being a part of a new British Raj and a protectorate under German East Asia and a AOG dominated China with the Qing emperor being the normal head of the country under German rule it also shows a Japan petitioned among imperial powers with a German controlled County of Chūgoku,Duchy of Shikoku, principality of Kansai, free city of Kyoto, Grand Duchy of Chūbu, principality of Kanto free city of Tokyo under under notional kingdom of Japan As well as the German dominated duchy of Hokkaido and protectorate of Tōhoku . with the British directly annexing Kyūshū and Okinawa as provinces of the Crown colony of Japan The primary cast is a group of anti-colonial resistance fighters
The cast
Nagisa Agawa (CN VA :hanser) member of the Chūkaku-ha (中核派 "Central Core Faction") of the Japanese democratic army (日本民主軍 Nihon minshu-gun)
Nanami Aniya member of the Kakumaru-ha (Japanese: 革マル派.革马派) or revolutionary Marxist faction of the Japanese People's Army (Nihon jinmin-gun,日本人民軍)
kai Henmi member of the Japan restoration Front (日本復興戦線 Nihon fukkō sensen)
Hajime Amemiya member of the liberation faction (解放派 Kaihо̄-ha) of Japanese Red Army (日本赤軍, Nihon Sekigun, abbr. JRA)
fang ling Chinese member of the Chūkaku-ha
mei Himeko member of the Japan Liberation Front, also referred to as the JLF (日本解放戦線, Nihon Kaihō Sensen)
Trần Chi representative of the pan Asian liberation front (泛亚解放阵线,パンアジア解放戦線 ,Pan Ajia kaihō sensen)
Yae Tokuda member of the Kōdō-ha (行動派"action faction") of Japanese liberation Army (Nihon kaihō gun,日本解放軍)
Last edited: Mar 10, 2022 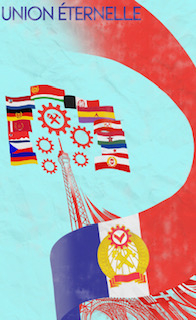 Almost immediately upon the declaration of war against the German Empire, issued on August 11, 1939, the Communal Army was on the move. The main bulk of the German Imperial Army, having taken the bait of an elaborate ruse de guerre, marched into the client state of Flanders-Wallonia, expecting the main French thrust to come from the Ardennes. This French “offensive thrust” was actually a skeleton invasion composed primarily of British commandos and a small specialized French force. Instead, Communard forces, in an unexpectedly obvious move, assaulted the “West Wall” of the Kaiserreich directly. While the “West Wall” of Germany was technically impressive, the mass movement of German troops out of it towards Flanders-Wallonia left it incredibly vulnerable. A massive artillery bombardment, followed by bombings from the RAF and Communal Airforces shocked and devastated the German defensive line which had stretched from Mulhouse to Nanzig to Metz. This combination of trickery and bombardment truly paved the way for the famous Guerre Éclair, as French Armored forces carved through the undermanned German border garrisons and began the 2 week push to the Rhine. 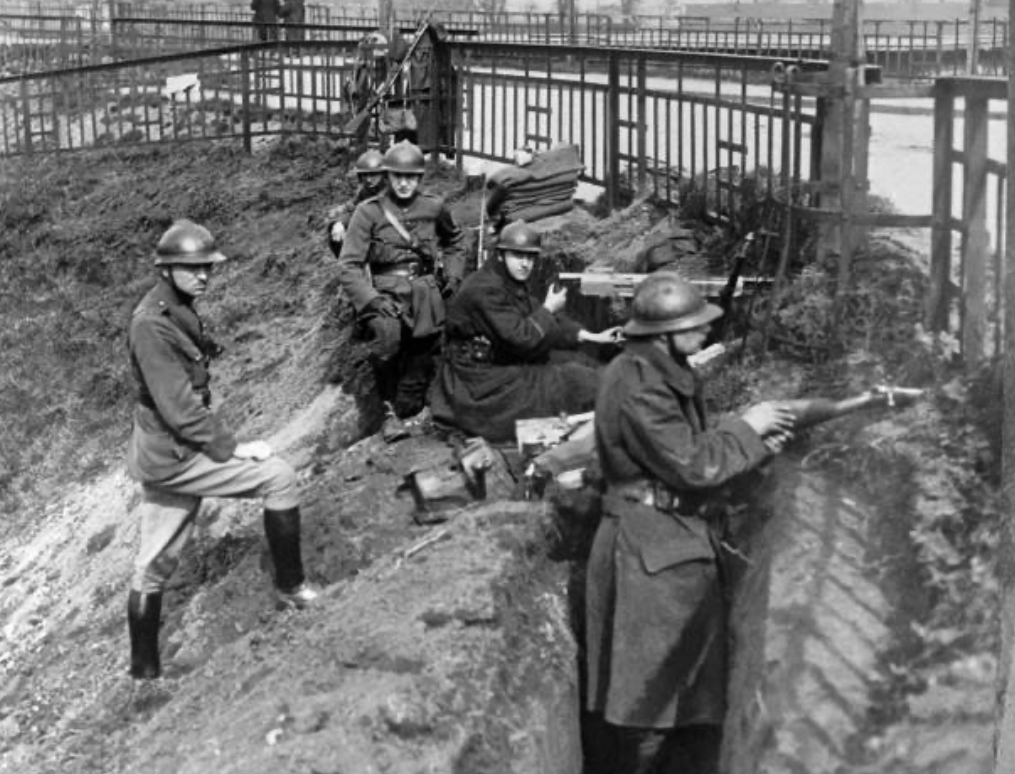 ~ Communard Forces take position along the Rhine, in the city of Bonn, to hold off any German counter-attacks..

Within two weeks, Communard forces had captured the strategic city of Bonn, marking the first time since the Napoleonic Wars that French forces had successfully invaded German territory, and effectively cut off supply shipments to the German forces now trapped in Flanders-Wallonia. Communard forces quickly dug in and prepared to repel any German attempts to recover the city and relieve their trapped compatriots in the lowlands. 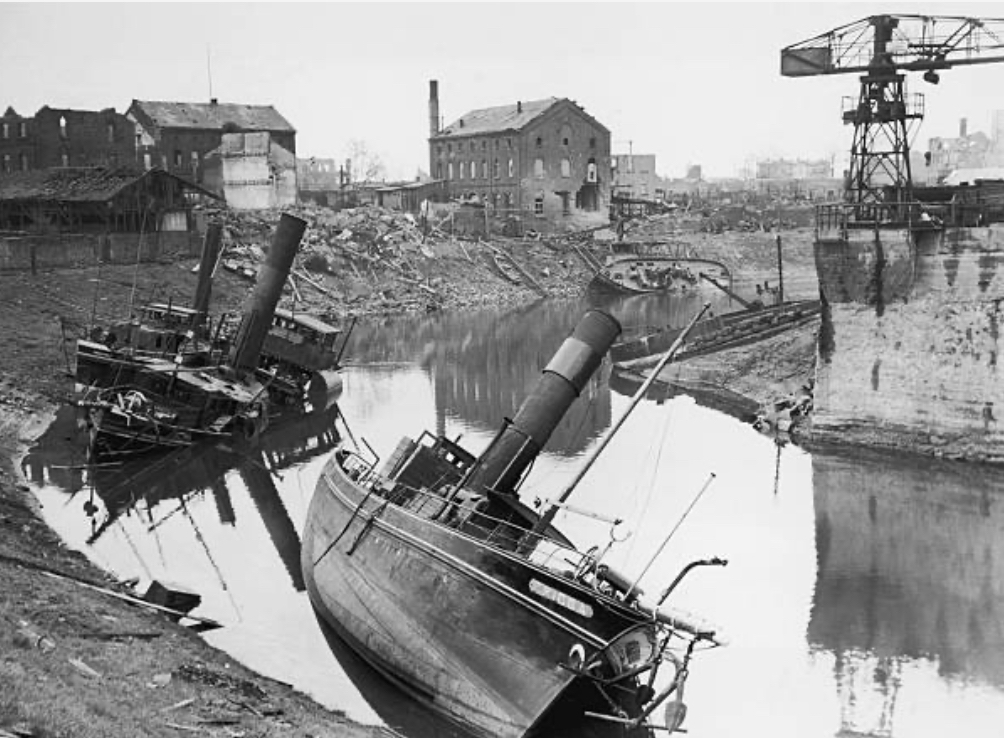 ~ The Devastation of Bonn (photographer unknown)
As the situation worsened in the west, the High Command of the Reichs Heer scrambled to repel French attempts to cross the Rhine (with success) and made its own attempts recover territory west of the Rhine. The 2nd battle of Bonn left the German city utterly devastated as German and Communard artillery exchanged heavy fire and a deadly battle in the sky’s unfolded. After nine, direct, German assaults on the city failed to make any serious beachheads, the Heer was humiliatingly forced to call it quits, effectively damning the German armies in Flanders-Wallonia to surrender (which they did on February 5th, 1940). Thus began the Rhine stalemate, which would last until the Russian intervention in mid-1941. 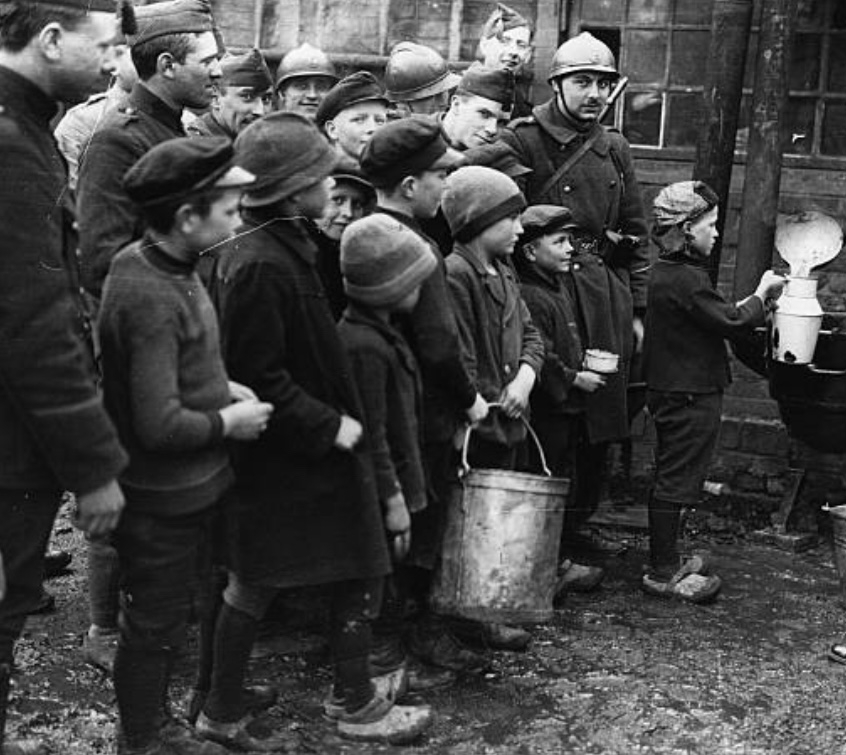 French Syndicalist troops oversee a “soup line” in occupied Bonn, as the city would remain under strict rationing until the end of the war in early of 1943. 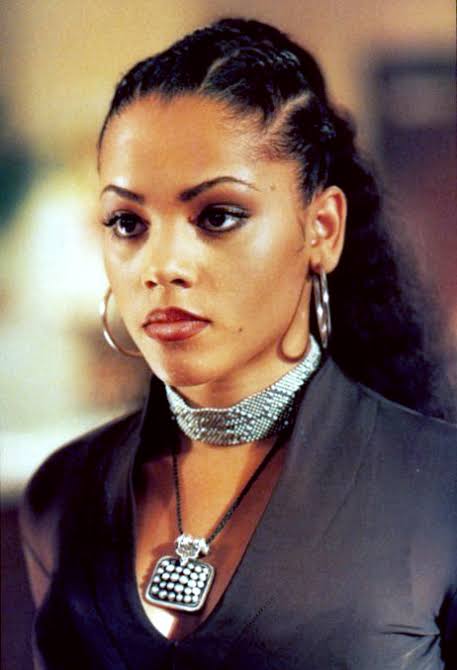 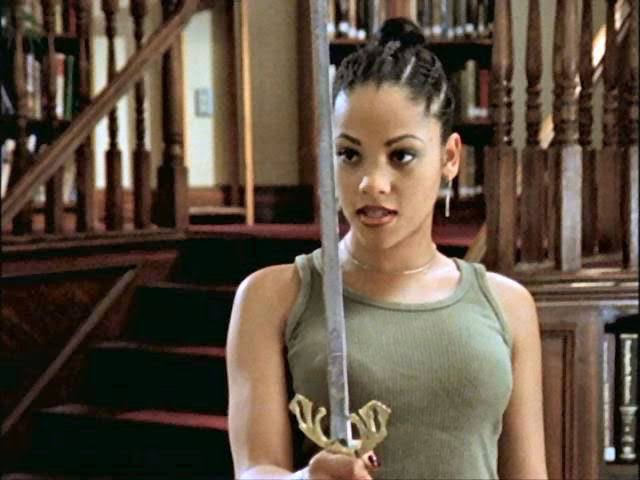 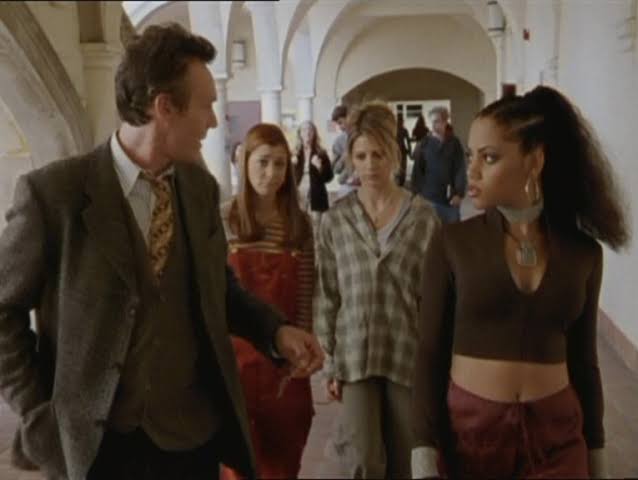 Bianca Lawson as the lead character in the hit TV show Kendra the Vampire Slayer. Bianca plays a Jamaican student who moves to the fictional California town of Sunnydale in the Pacific States of America, where she discovers her destiny as a vampire slayer, while juggling the usual hurdles of a Pacifican teenager such as boys, friendships and homework. The show was a successful hit and is still a cult classic in Mitteleuropa and the Caribbean League.

So I've started playing through the Cold Steel Games from the Trails Series(with the plan of going back to the earlier games once Crossbell arc gets a steam translation) and I'm wondering, how would the Trails Series be handled assuming stuff like anime and JRPGs exist in this universe? Since...
www.alternatehistory.com

WotanArgead said:
Oh shit - Why does everyone think that the radical left will arrest anyone who does not flattered about the ruling faction?
Click to expand...

I would guess that Trudeau's actions in 2022 help answer your question.

Wuppertaler said:
I would guess that Trudeau's actions in 2022 help answer your question.
Click to expand...

You've been here for EIGHT YEARS and your first post is current political one line drive by in the wrong forum?