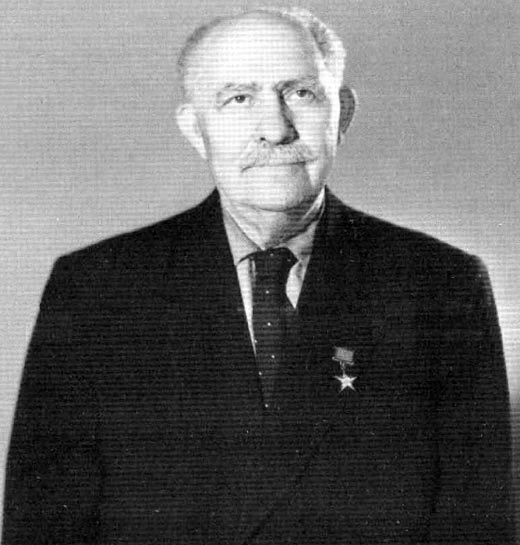 Lazar Kaganovich Director of the Rodiburo or Homeland Bureau of Russian Communist Party (Bolsheviks) Most of the remaining red Russians relocated to Harbin after to fall of the commune of France and the union of Britain at the invitation of the KMT along with other exiles of the former center of international with the French primarily setting up shop in Shanghai while the British were mainly in HK however there was restrictions placed on the popular revolution party being unable to allowed to leave the city due to suspicions. Kaganovich well being the Director of the homeland bureau was also chairman of the central committee of the People’s Socialist Party (NSP) . The restrictions on the PRP were placed upon the party due to suspicions that it was involved with the "Dai Affair" 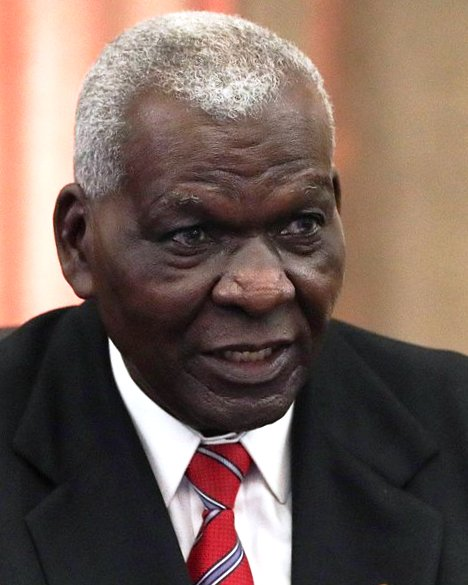 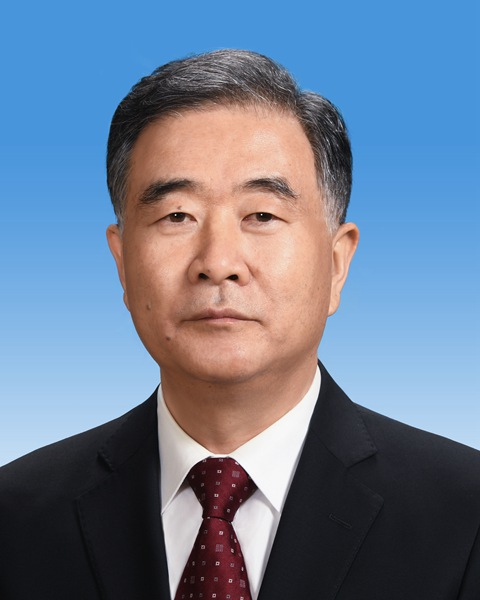 Wang Yang ( 汪洋) current president of the republic of China and current chairman of the Kuomintang. During a recent meeting with both the Prime Minister of Japan and president of the Russian federative republic he outline China's policy towards both as one alliance and one non-alliance referring to both the relationship with Russia and Japan respectively with China and Japan being as part of the Singapore Treaty organization well as China's unofficial entente with Russia well also commenting on china commitment towards the Pacific states. 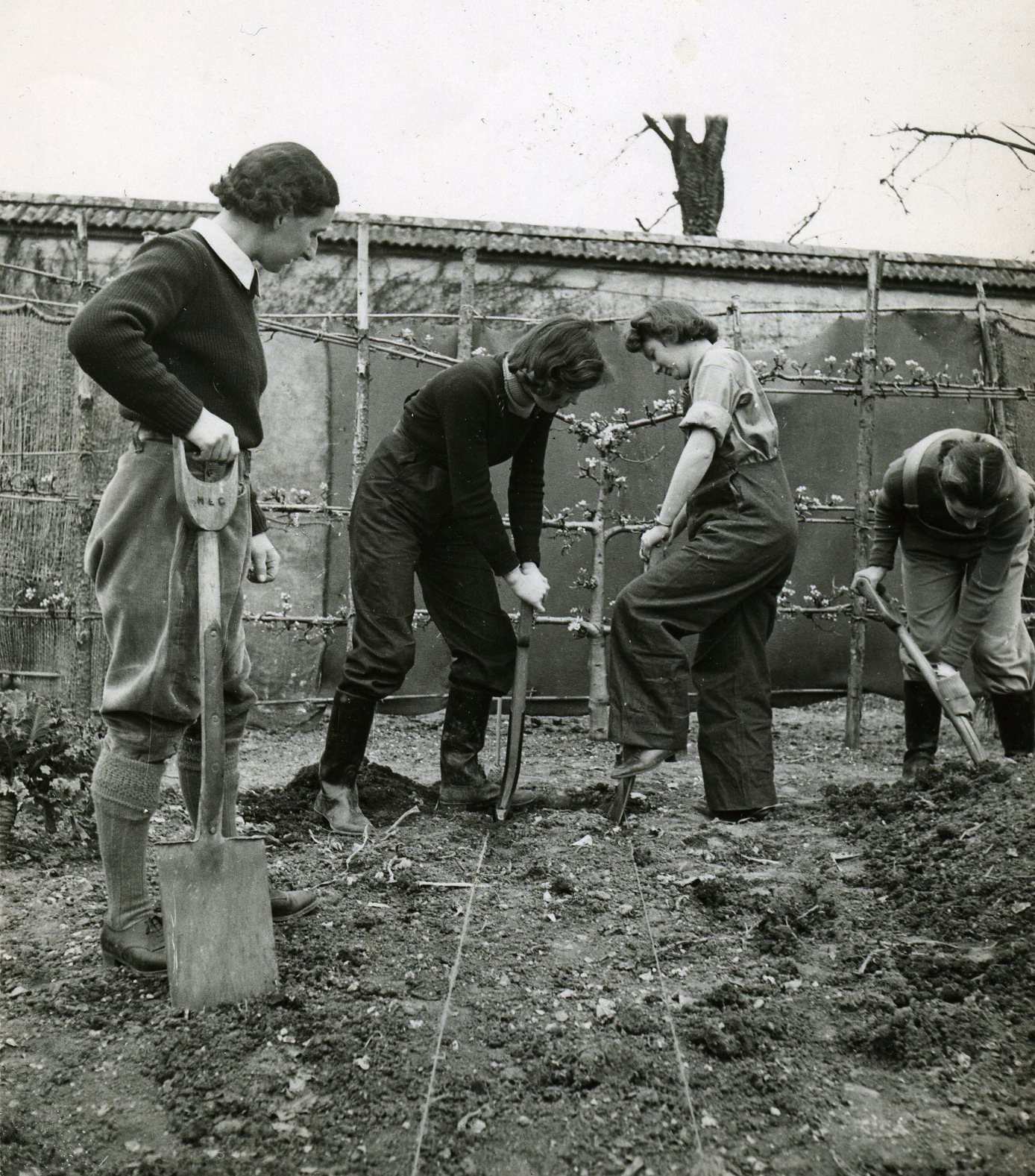 Women of the Manchester Horticulture Union, 1932

Cable in regards to the question of sending home ethnic Korean officers and soldiers stationed in the Huazhong [Central China] Military Region.

Within the ranks of the NRA they all are receiving training and education and, under the guidance of their Chinese comrades, have made much progress. From our military, many of these soldiers have gained experience in carrying out operations, establishing armed forces, and launching political work. We feel most of them are fit to be cadres. After our army moved to North China, however, there was rioting among some of the ethnic Koreans; they demanded to be sent home [to Korea]. Nevertheless, the majority of these men continued to follow orders and unwaveringly pushed Northward. At present the war is almost over. In the interests of the Korean people we should send these trained cadres back to Korea (those wishing to stay may stay).

Would the Central Committee please discuss and relay to the Korean National Revolutionary Party as to if they may or may not be sent home at this time. If the answer is affirmative, we will assemble them into one standard division or four or five standard regiments and, after a brief period of training, will send them home. 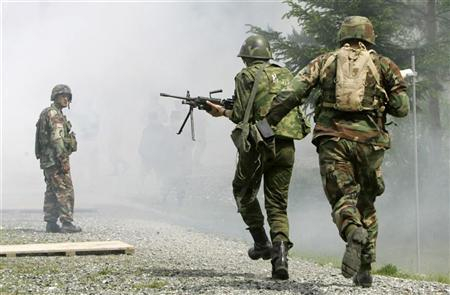 An Imperial German peacekeeping force advances on the outskirts of Lodwar, Kenya (June 2005). Despite militarily withdrawing from the African continent in 1974 upon the conclusion of the Mittelafrikan War, Germany still maintained soft influence and geopolitical power in parts of Africa. One such country was a struggling democracy, the Republic of Kenya. German efforts to invest and reforge ties in Kenya and Eastern Africa at large were hampered by frequent terrorist activites by anti-German warlords and bandit groups from the still mostly anarchic Eastern Congo. When Joseph Kony’s Lord’s Resistance Army launched a pillaging operation to occupy parts of western Kenya, Reichskpact boots touched down in Narobi for the first time in over thirty years, with the approval of the Kenyan government, to force out the nascent warlord from the country. 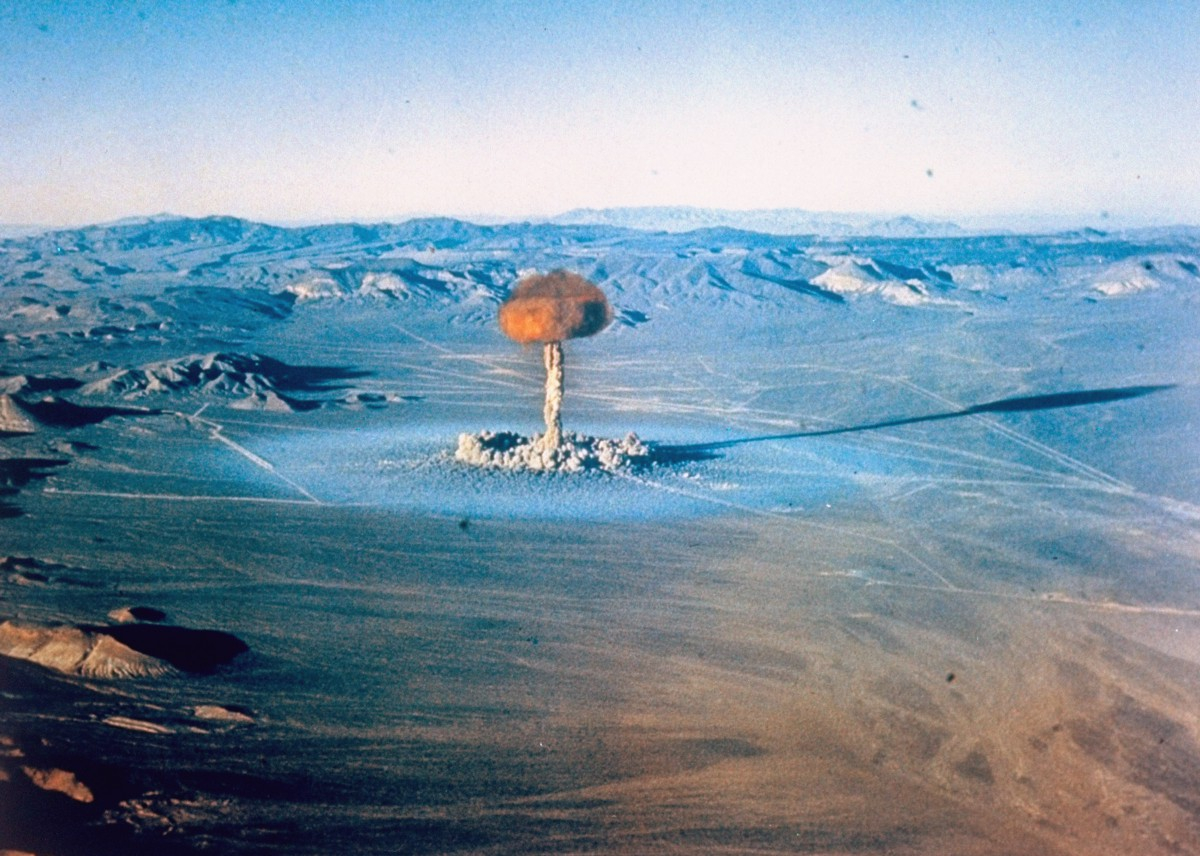 The American Union State tests its first nuclear weapon, the Kingfish, in the deserts of Nevada (1953). With the successful detonation, the Union State became the fourth nuclear power, following Germany (1944), the United Commonwealth (1945), and the Empire of Japan (1951).

The Ukrainian Insurgent Army is an armed association of Western Ukrainian nationalists that operated during the Second World War. Initially, they kidnapped themselves as the "Third Force" between Moscow and Vienna - that is, the principle supporters of an independent Ukrainian state. Later, however, they split into majority groups (who believed it was better to cooperate with the German troops against Russian national populists in exchange for expanding autonomy or reuniting the two Ukraines) and minorities (supporters of an alliance with nationalist Russia, and the reunification of Ukraine under the patronage of the "big brother"). Both factions were marked by pogroms against Poles and Jews. 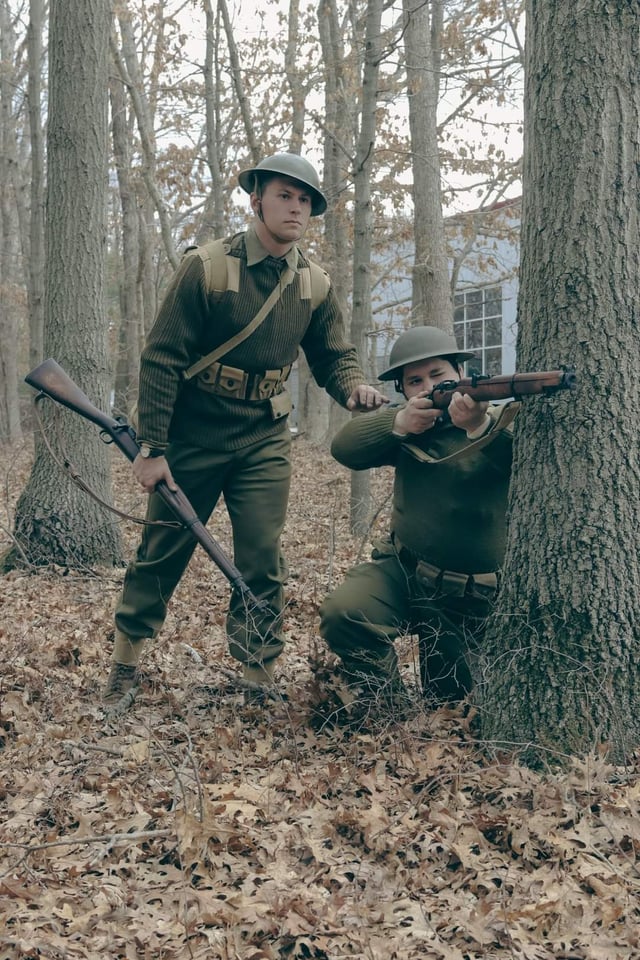 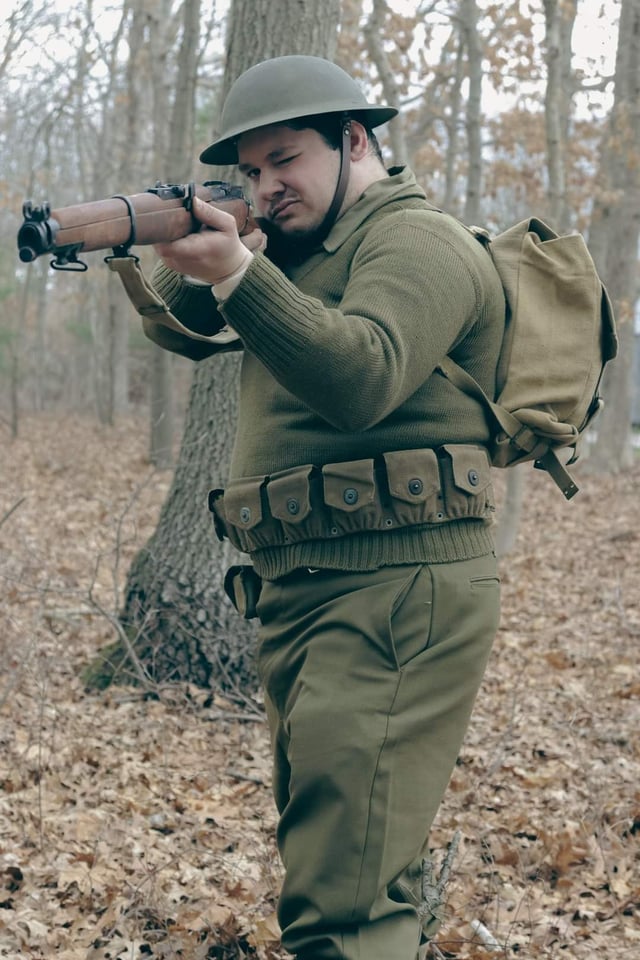 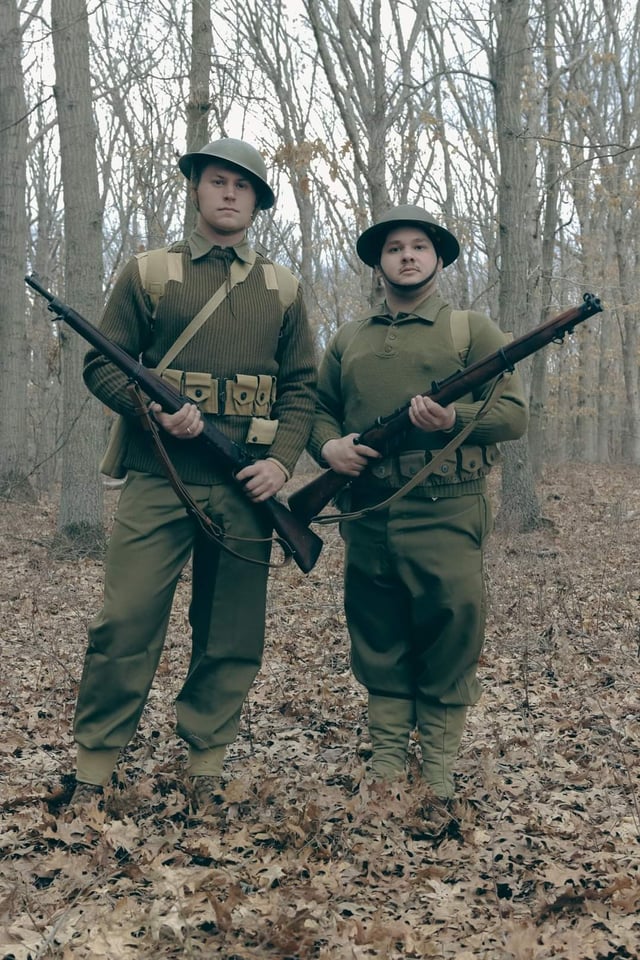 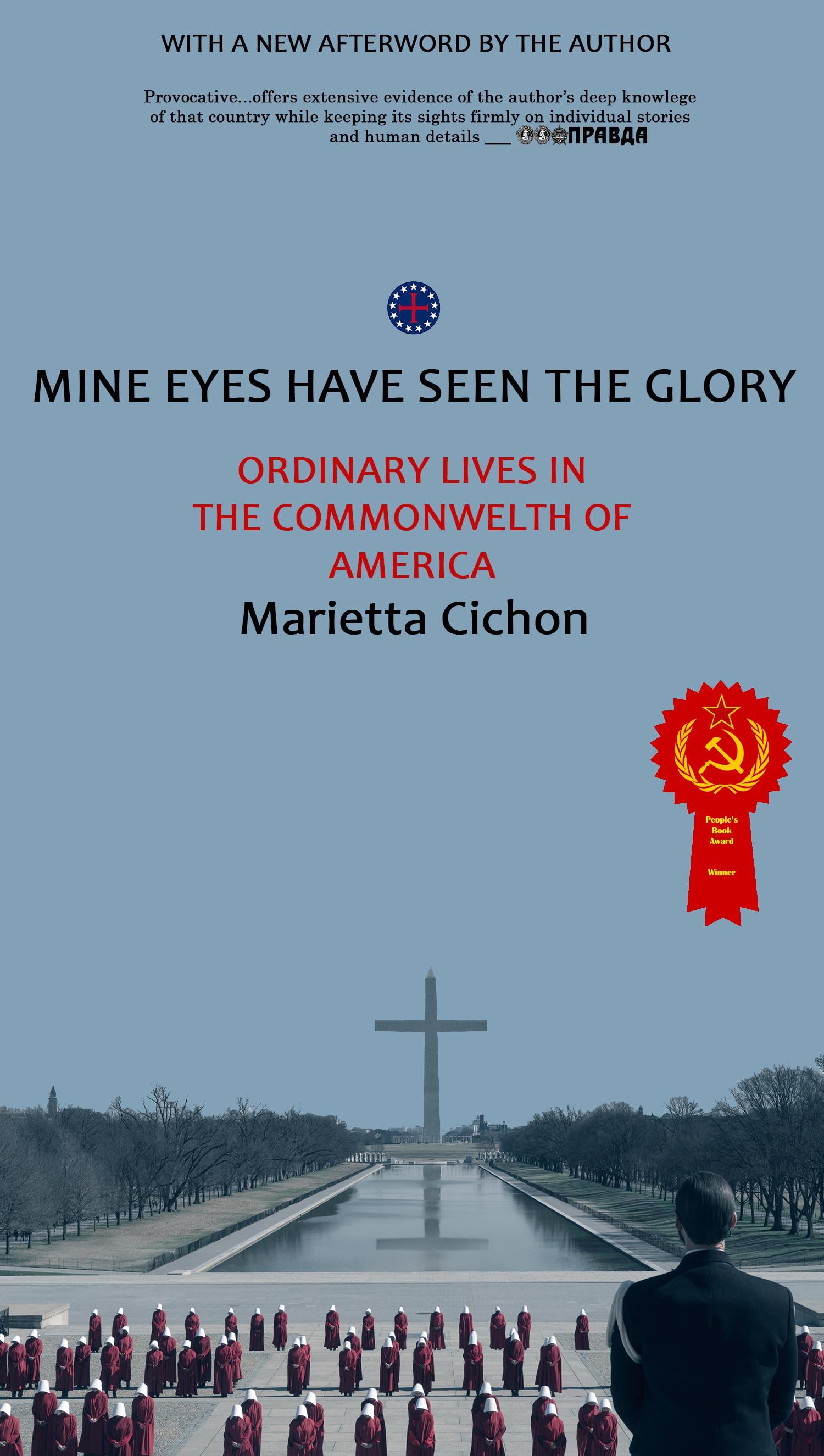 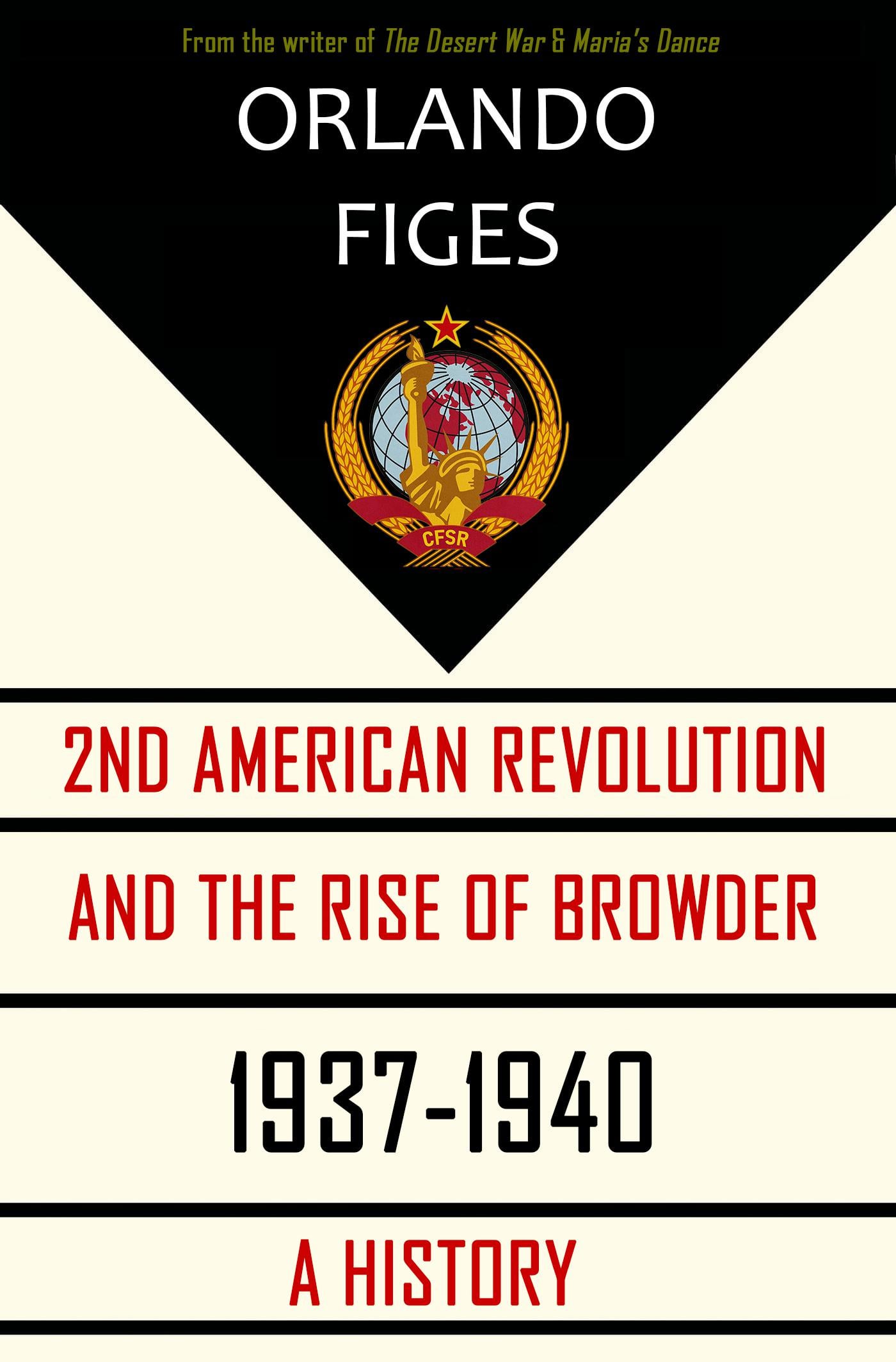 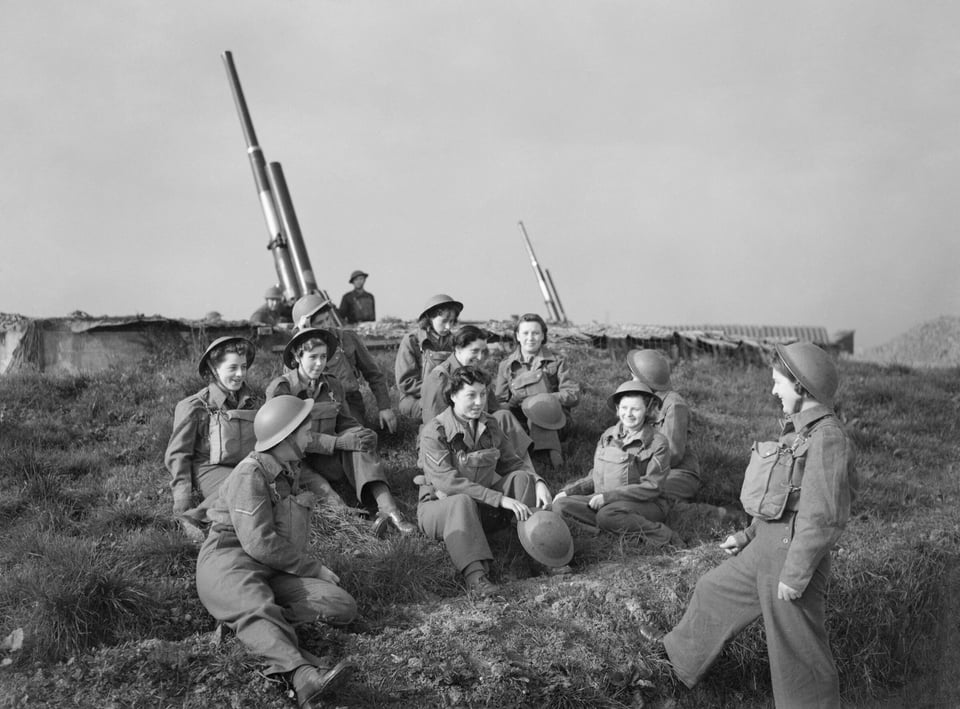 Women of the British People's Defence Militia at a 3.7 inch anti-aircraft gun site at Wormwood Scrubs outside London, 1937

A Canadian soldier stands guard at the PSA border. C.1939. 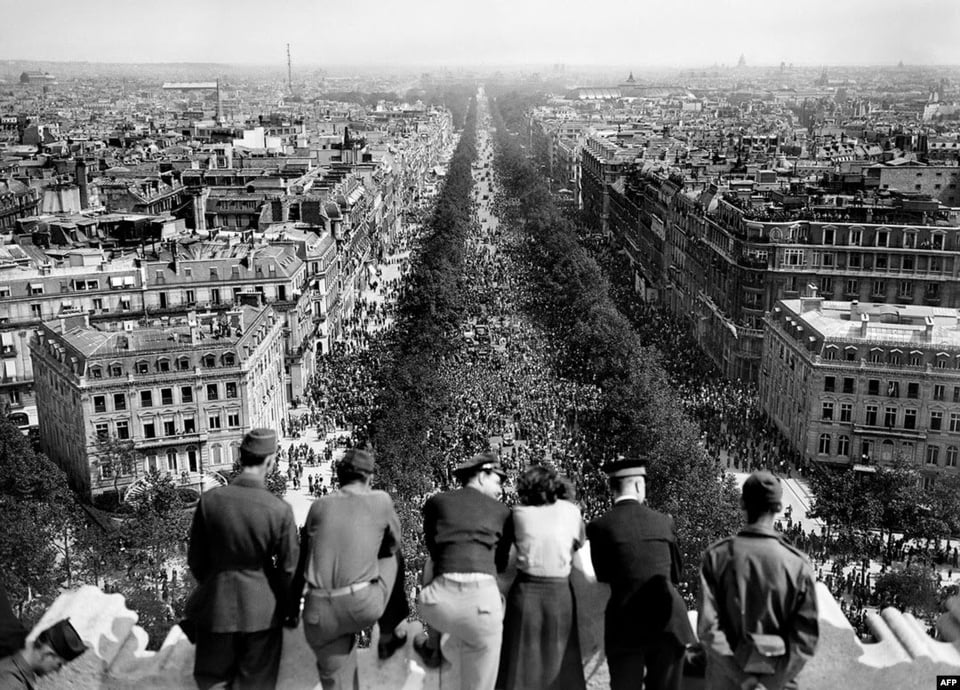 Citizens of Paris celebrating the defeat of the German Empire and dissolution of National France after the Second Weltkrieg. Commune of France, 1946 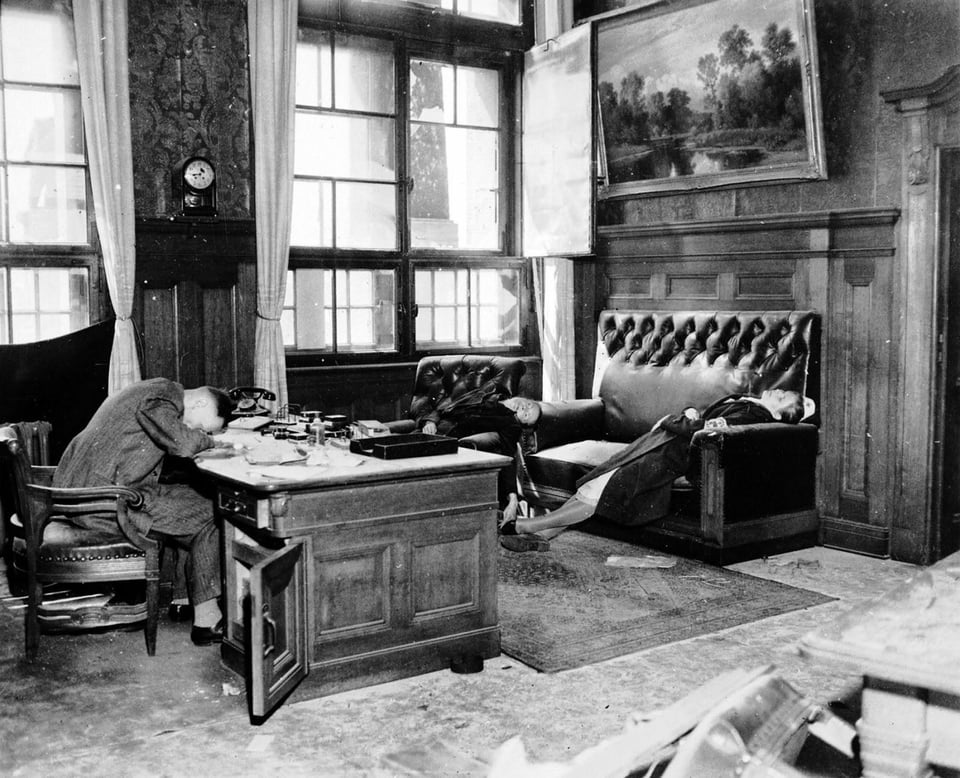 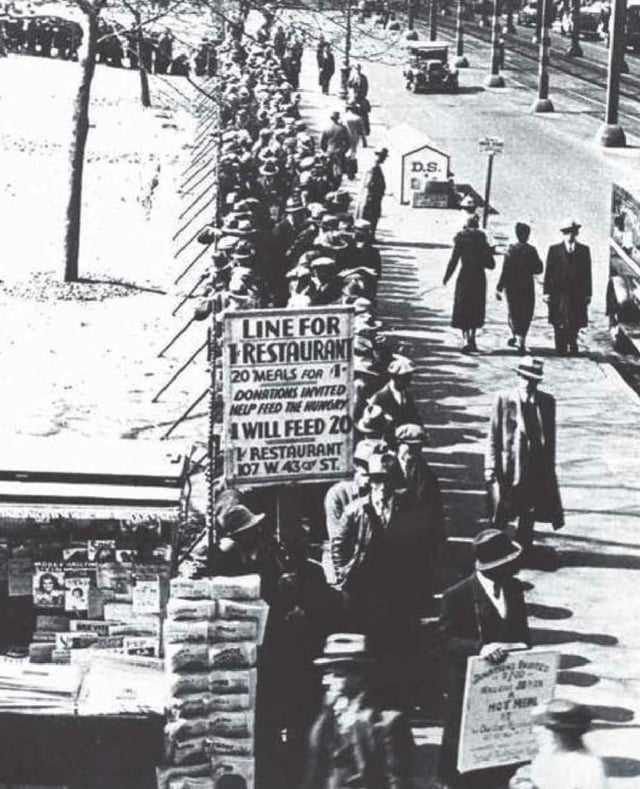 Unemployed US workers queuing for a cheap meal during the economic depression. 1932. 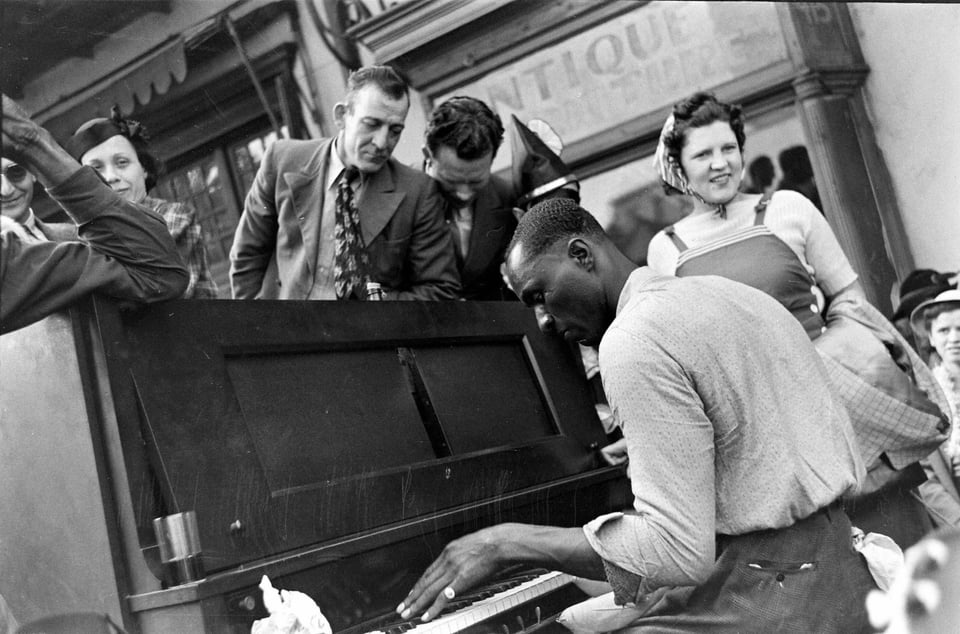 After the fall of Pelley's Silver Legion regime, there was widespread celebration across New Orleans. C.1941 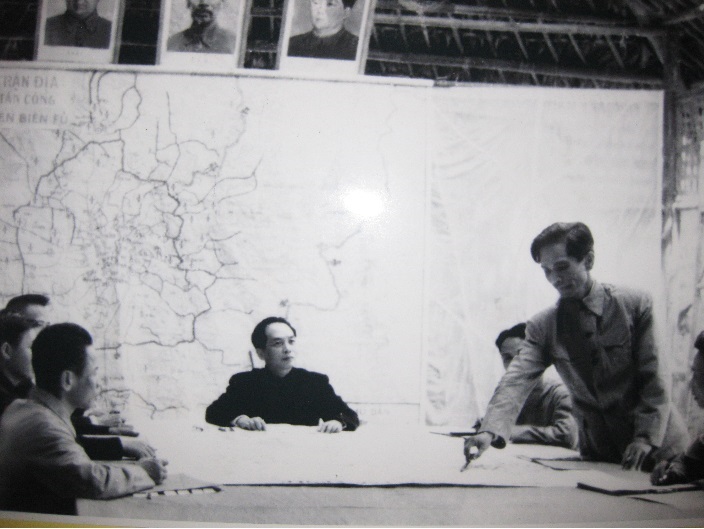 Vo Nguyen Giap and officers of the People's Army of Vietnam going over plans for the battle of Điện Biên with German colonial forces having adopted a hedgehog strategy or in German Igel . the igel concept was based off of German experience at the battle of Sơn La, Giáp had attacked the German outposts in Sơn La , which was essentially an "air-land base", a fortified camp supplied only by air. The Germans had beaten back Giáp's forces repeatedly, inflicting very heavy losses on them. Germans wanted to replicate their success on a larger scale in Điện Biên , with Erwin Rommel been pointed commander of the Điện Biên Operation. Rommel had been a firm advocate of the fortified airhead concept, Rommel's staff officers failed to treat seriously several crucial differences between Điện Biên and Sơn La, first at Sơn La, the Germans commanded most of the high ground with overwhelming artillery support. At Điện Biên however, the Viet Minh controlled much of the high ground around the valley, their artillery far exceeded the German expectations outnumbered them to four to one. Giáp compared Điện Biên to a "rice bowl", where his troops occupied the edge and the Germans the bottom. Second, Giáp made a mistake at Sơn La by committing his forces to reckless frontal attacks before being fully prepared . He learned his lesson: at Điện Biên , Giáp spent months meticulously stockpiling ammunition and emplacing heavy artillery and anti-aircraft guns before making his move. Teams of Viet Minh volunteers were sent into the German camp to scout the disposition of the German artillery , Artillery pieces were sited within well-constructed and camouflaged casemates. As a result, when the battle finally began, the Viet Minh knew exactly where the German artillery pieces While Rommel did not even know how many guns Giáp possessed. Third, the aerial resupply lines at Sơn La were never severed, despite Viet Minh anti-aircraft fire. At Điện Biên , Giáp amassed anti-aircraft batteries that quickly shut down the runway, and made it extremely difficult and costly for the Germans to be reinforced by air 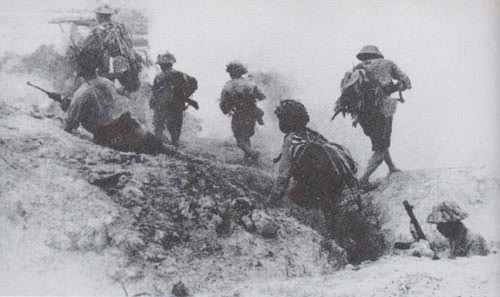 Viet Minh soldiers launching an assault during the battle
During the battle of Điện Biên Rommel much to his disbelief the Viet Minh had employed direct artillery fire he wrote that "Under the influence of Chinese advisers, the Viet Minh commanders had used processes quite different from the classic methods. The artillery had been dug in by single pieces...They were installed in shellproof dugouts, and fire point-blank from portholes... This way of using artillery and AA guns was possible only with the expansive ant holes at the disposal of the Vietminh and was to make shambles of all the estimates of our own artillerymen." Near the end of the battle he radioed out "The Viets are everywhere. The situation is very grave. The combat is confused and goes on all about. I feel the end is approaching, but we will fight to the finish." However he was captured by Viet Minh shortly after the Viet Minh Overran Die Sonne 1 the final strong point before he ordered the remaining strong points to surrender
Last edited: May 10, 2022
You must log in or register to reply here.
Top
Share:
Share
Top