Blebea Cezar-Iulian said:
Am I the only one who can't see the first picture?
Click to expand...

Nope, I can't either.

Redcoat said:
With a more united party, the Progressives had an enthusiastic attitude going into the convention. They were hoping that with World War 3 finally over, and with the American people likely looking for an alternative to 16 years of Democratic rule, they could take the opportunity to present themselves as such.​
Click to expand...

I think you meant Republican.​

Wikibox made by @Roberto El Rey for my Czechoslovakia chapter. Blebea Cezar-Iulian said:
Am I the only one who can't see the first picture?
Click to expand...

“America, choose wisely what man you want to win the peace.”

-Tom Harkin-
​
America was heading into one of the most important elections in its history, a sentence which while thrown around a lot during election season, held extra weight this time. World War III had just ended, and whoever became president, be they Republican, Democrat, or Progressive, would have an absolutely crucial role in deciding how America’s position in the new world order would be. And a foreign policy agenda which would be set for decades to come, one parallel to this was the role that the oft-forgotten Truman presidency played in American history, his “Truman Doctrine” had defined American foreign policy for the entirety of the Cold War (or the Second Interwar Period by some historians). It was this question, what America’s new place in the world would be, that had been in the background the entire campaign.

This race proved an interesting one for the Progressives, as they were much stronger in the polls then they were last election. With a united party base, they were less wracked with the divisions which limited them before. And the general want for a change in leadership affected them and the Democrats as Republican voters looked for different options. The Progressives were also projected to way more than the three states they had won in the last election, possibly up to 15 states. This was a dramatic change in circumstances for them, at the rate things were going, many leaders were hopeful they could force the election to Congress by denying either party 270 electoral votes. It was a long shot, but it was possible. After all, they did do this in 1968, though that year had been a much closer race than this one was suspected to be. The Progs’ Hail Mary was to do well enough in the elections to force another ‘68, and then do well enough in House elections to have their state delegations vote in their candidate into the presidency. Their so-called “Northern Strategy” in the House explains in part their gains down ballot in the House.

The Republicans knew that it would take effort to convince the American people to vote for them five times in a row, especially now that polls were showing many voters were turning to the Democrats and Progressives almost in droves. Campaigns reminded them that in the 16 years they were in power, their party had the Reagan and Rumsfeld presidencies, the first of which had: restored the economy, oversaw the INF treaty which limited nuclear missiles (and likely saved the world during World War 3), and the Cuban reunification. His Reagan Doctrine had also empowered anti-communist nations around the world, and stemmed the tide of Focoism. Rumsfeld had led the nation in one of its most trying moments, and his calls had ensured victory for the Americans against the Soviet Empire. America was winning, and had been for 16 years thanks to the Republicans. There’s no hurt in winning for 4 more years. Both Reagan and Rumsfeld were regular guests in rallies, both trying to use their popularity to promote their party’s nominee. Oftentimes Hatch would end his speeches with this statement. 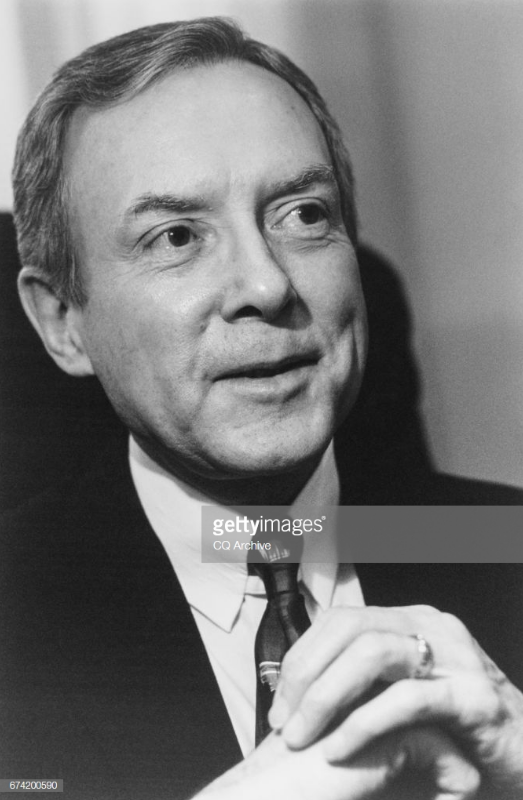 Hatch during an interview post-convention.

Iacocca: Well if by “winning” you mean “Overstaying your welcome”, then well yes we are indeed getting sick of winning. 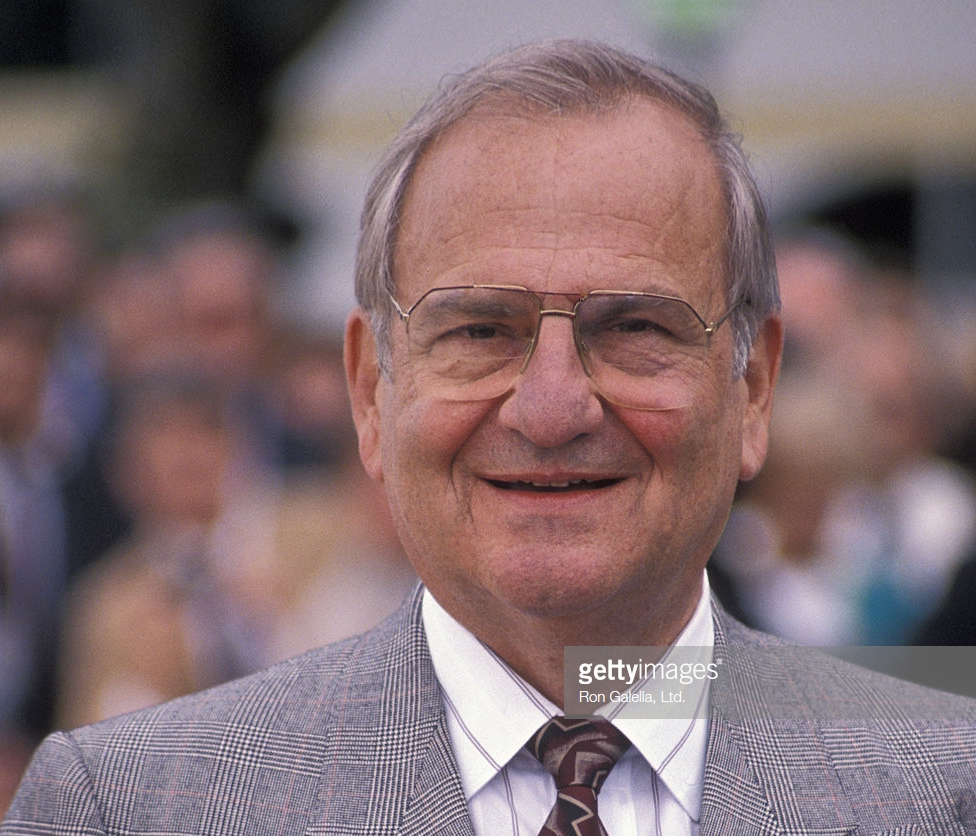 Iacocca at a rally outside of Austin


Orrin Hatch’s campaign left very little to what he would do as president, something which Democrats often criticized. Many claimed that was because he had no plan at all, while some went even further...Iacocca himself had vehemently advocated against this, but many Democrats often digged at Hatch’s Mormonism, suggesting he was really beholden to the Mormon Church, and that they were really the ones calling the shots. These were just as unfounded as accusations at John Kennedy and his Catholicism, though that did not stop criticisms from coming in. Needless to say the Democrats lost Utah in one of the largest margins they have ever seen in their history.

Both the Republicans and Democrats attacked the Progs, accusing them to have been fellow travelers with the Soviets, (or worse, in cahoots with them), and isolationist cowards not willing to stand up to the menace of the U.S.S.R. and its goons. This was not at all true, as the Progressives supported the war after seeing how power hungry the Soviet Empire had been. They shot back, saying that if they were what they were claimed to be, then they would’ve loudly protested the Administration’s actions in the war every step of the way, which they didn’t. Their poll ratings stayed somewhat steady despite those claims that they were isolationist fellow travelers.

The Democrats were the undoubted frontrunners of the race, which meant that they were the target of much negative advertising from the Republicans, and to a lesser extent, the Progs. Iacocca was painted as as a greedy businessman, pointing to an example where had laid off a thousand Chrysler employees, moving the jobs overseas for higher profit for himself and his company. They said that if America was trusted in his hands, he would do the same to America, exploiting its people for personal gain. Some Chrysler employees, feeling betrayed by Iacocca, began wearing pins that said "Iacocca is a liar" because of this. However he fired back, stating that he only did what had to be done to save Chrysler as a company, and showed that the results worked. After all, it had rebounded from its moribund state, and returned to being one of the largest car companies in the world. The company as of his campaign recently bought the Italian car company Fiat, making it the 3rd largest car company in the world. He emphasized his past being raised by poor immigrant parents, and how he saw himself as living proof of the wonders of the American dream. His charming personality and wit appealed to the American people, compared to the rather bland Hatch and Lamm.

Everyone knew Iacocca would win the popular vote by quite a bit, though no one completely knew if he would be able to pass 270 electoral votes. Election night ended later than usual because of four races which decided the presidency.

Missouri, with its 11 votes was won by only 4,000 votes. New Mexico was won by a margin of 11,000 votes. California, contested mostly with the Progressives, had been won (barely) by 10,000 votes. Orrin Hatch had campaigned hard in Texas, which polls were showing were beginning to favor Iacocca. These efforts were to keep Texas in the red were to no avail too, as it was lost by a sharper 8,000 votes. 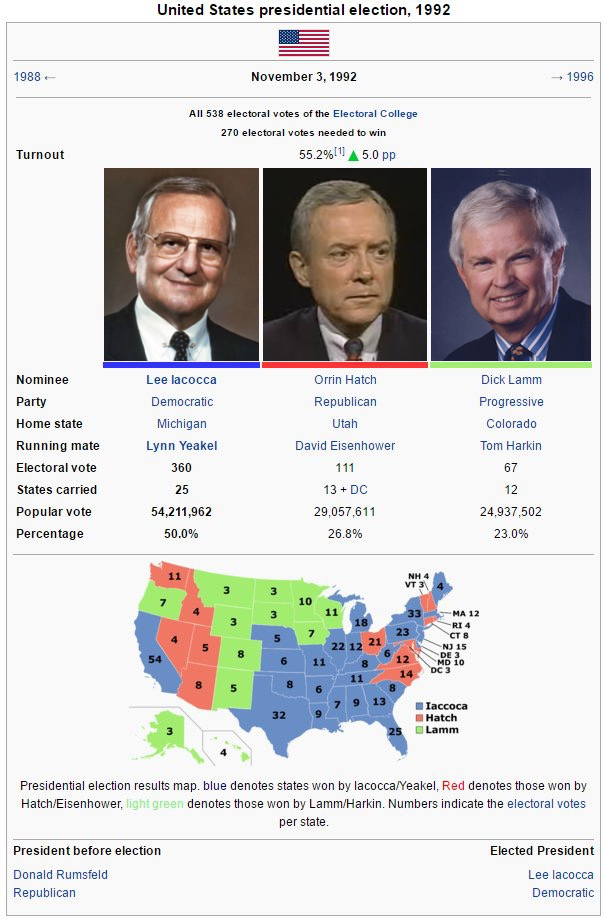 If all four states fell to the Republicans or the Progressives instead of one, the House may have decided the presidency, and it is possible that the country would be left for months wondering who the president would be. The Progs resigned themselves yet again to third place, but looked forward to the gains they made downballot in the House, hoping they could force through their policies with luck.
Last edited: Jul 25, 2018

So, Iacocca won. But, the Progs did a hell of a lot better than they ever have, so that's something.

Redcoat said:
The Democrats were the undoubted frontrunners of the race, which meant that they were the target of much negative advertising from the Republicans, and to a lesser extent, the Republicans.
Click to expand...

Yeah, that's just redundant. Pretty sure you meant the Progressives there.

President Eternal said:
So, Iacocca won. But, the Progs did a hell of a lot better than they ever have, so that's something.


Yeah, that's just redundant. Pretty sure you meant the Progressives there.
Click to expand...

I am doomed to make at least one mistake in each post aren't I?

Why are the progs successful out West, and not more successful in the Northeast?

Wouldn't those places vote for conservative republicans or populist democrats?

Bookmark1995 said:
Why are the progs successful out West, and not more successful in the Northeast?

Wouldn't those places vote for conservative republicans or populist democrats?
Click to expand...

Well the ticket was essentially calibrated at the mid west, with a libertarian from Colorado in the driver's seat and a Farmer populist from Iowa as VP.

Bookmark1995 said:
Why are the progs successful out West, and not more successful in the Northeast?

Wouldn't those places vote for conservative republicans or populist democrats?
Click to expand...

Well no, the Progs have a base which includes both the typical northeastern Progressive and prairie populists. And because TTL Progressivism has influences from libertarianism, many libertarians flock there too. TTL Gary Johnson and Jill Stein are in the same party oddly enough

Redcoat said:
Well no, the Progs have a base which includes both the typical northeastern Progressive and prairie populists. And because TTL Progressivism has influences from libertarianism, many libertarians flock there too. TTL Gary Johnson and Jill Stein are in the same party oddly enough
Click to expand...

So what specific policy proposals distinguishes them from the two major parties (what are the things that unite Johnson and Stein)?

Bookmark1995 said:
So what specific policy proposals distinguishes them from the two major parties (what are the things that unite Johnson and Stein)?
Click to expand...

How concentrated was the Iacocca vote? How much of it was in the South?

Hope they will share a ticket in the future.

Bookmark1995 said:
So what specific policy proposals distinguishes them from the two major parties (what are the things that unite Johnson and Stein)?
Click to expand...

Well again, the Progressive ticket this year happened to target the Midwest more, and TTL Prairie populism doesn't really fade away like it did OTL. And another thing to remember is that with a three party system, you often get chaotic results since the rest of the vote is split between two parties instead of one. You get some rather...weird results often times.
Last edited: Jul 26, 2018

As a preview, the emphasis on liberterian social values, plus a middle-ground economic policy that gows all in on agriculture/agribusiness, helps them in the prarie states. Democrats will be dominated by the heavy industrial manufacturers and unions, Republicans by energy companies and light manufacturing, and progressives by agriculture, with finance leaning between all three for various reasons.

I will be writing the downballot update which will be coming either tomorrow at the earliest, sunday at the latest. Sorry to keep ya'll waiting. I hope you like what you find...

EDIT: THE CONGRESSIONAL UPDATE HAS BEEN POST! I REPEAT, POSTED!
Last edited: Jul 26, 2018

Blebea Cezar-Iulian said:
@Laxault2020, can you do something about this?
Click to expand...

I'll try
Threadmarks
You must log in or register to reply here.
Top
Top