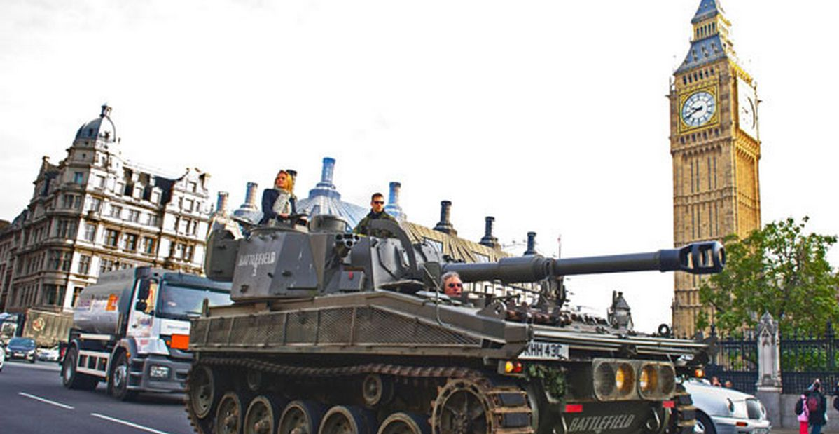 Britain’s move towards democracy is generally split by academics into three phases, the first second and third transition. The first transition covered from the 2005 election, to EU accession to the defeat of the 2009 coup and Johnson’s resignation in 2012. The third transition observed the rise of William Hague, the growth of third parties and Hague’s collapse in 2016. The third transition includes the chaotic interregnum period between 2016-2020 with four elections in four years - culminating in the Coalition’s formation in 2020.

The first transition was the most dangerous time for British democracy, this represented the height of military power, with General Mike Jackson serving in the Cabinet as Defence Secretary, and Richard Dearlove leading a strongly Mountbattenite Security Services. This first democratic Government was led by Alan Johnson, a former postal worker who clawed his way into Downing Street, leading a coalition of Social Democrats and the Socialist Alternative. Johnson was fundamentally a small-c conservative politician, prioritising cautious reform and keeping the military happy over radical change. This careful politics built him an unlikely friendship with Socialist Alternative Leader John McDonnell, with the two’s partnership lasting across Johnson’s first term and arguably destroying McDonnell’s political capital.

The first transition had many achievement, Johnson oversaw several socially liberal reforms, he expanded women’s rights through increased access to abortion and relaxed the worst excesses of Junta era censorship. Johnson also finalised peace in Scotland and the disarmament of the SNLA (although a significant minority would refuse this order). Johnson’s greatest achievement however was Britain’s accession to the European Union, in a record short space of time - which added rocket boosters to Britain’s economy.

However the first transition’s failures are numerous and well documented, on the economic side the 2008 financial crash decimated British industry which was overly reliant on the debt-financed construction industry. Instead of taking the opportunity to make a radical departure from the financial mistakes of the Junta, Johnson’s subsequent austerity measures made the situation even worse, leading Britain to have some of the highest unemployment in Europe and the lowest productivity. This economic slowdown caused Britain to need EU financial support, with even more financial strings attached - that Johnson was eager to accept.

On the political side Johnson’s consensual nature meant he struggled to confront military disloyalty and political attacks from the Security Services. He also strongly supported the pact of silence around Junta crimes, he refused to take down Mountbattenite monuments and kept his silence as more and more unmarked graves were discovered. Putting political stability over justice and the rights of victims. As the military establishment increasingly showed its hostility to his administration, Johnson bent over backwards to accommodate them. Rather than purge the military early, he allowed them to grow in power and arguably caused the attempted coup of 2009 to happen. Only after he had been personally threatened at gunpoint did Johnson acquiesce to military reforms, breaking the power of the army and appointing a civilian Defence Secretary.

Ultimately Johnson’s cautiousness caused his political downfall as the Social Democrats declined in every election after 2005, eventually leading to his removal in 2012 - and replacement by the equally technocratic David Miliband. By reusing to set out a clear alternative to the politics of the Junta, the Social Democrats greatly depressed their own voting base, leading to a landslide National victory in the 2012 elections, and the secession of William Hague

The second transition was arguably a repudiation to the first, National under William Hague (the party’s first and only civilian leader) began to roll back many Johnson era civil liberties, cracking down on anti-austerity protesters and taking an increasingly harsh line towards Scottish separatism. Hague modernised the National Party’s aesthetics as a civilian leader, promoting politicians from under-represented groups into senior positions, and he softened National’s stance on some issues such as climate - but ultimately pursued the same policy social and economic agenda seen in the late Junta era albeit democratically.

Infighting within the Social Democrats, coupled with Hague’s aggressive pursuit of austerity would ultimately destroy Britain's two party post Cardiff consensus. Both the People’s Party and Unity would break onto the National political scene in this period, and Scottish seperatist parties would see a surge in support at this time. This would all culminate in the 2014 European Parliament election where the two major parties had just 50%.

Despite his conservative outlook, Hague would oversee major constitutional upheaval during his first term. Ironically, Hague’s was dependent on the SNP during this period, and it was his government that instituted a united Scottish Parliament, arguably paving the way for a later seperatist crisis. Hague was also in office during Elizabeth II’s abdication and the activist King Charles’ ascent to the throne.

The third transition was the period of interregnum after the first 2016 election. This resulted in four parties winning national representation, with greatly strengthened regionalist parties. After failing to secure his preferred coalition, Hague led the party to a second snap election, setting a precedent for future Prime Ministers. Whilst Hague was able to secure a governing agreement with Unity, the rest of his premiership was marked by an unstable Parliament and dissenting Cabinet.

Hague’s relatively weak position didn’t stop him from crushing the illegal Scottish referendum of 2018, although he was reliant on the support of Social Democratic and Unity MPs in Parliament to pass the controversial Article 219. Hague destroyed the separatists with all the power of the law, arresting political leaders, sending soldiers in and even prompting President Patrick Harvie to flee into exile. Hague’s harsh reprisals sank any chance of a peaceful resolution and even faced condemnation from the EU and Amnesty International.

Unfortunately for Hague the corruption within his own party would come back to ultimately bring him down. Both major parties had continued the Junta era political culture of corruption and kickbacks which inadvertently allowed for the growth of parties like the People’s Party on an explicitly anti-corruption message.

The third transition ended with the four elections in so many years, putting an end to the interregnum. Bell Ribeiro-Addy - a young black radical leftist - was elected Prime Minister, and no one stopped her! You don’t get more transition than that!

So what lessons can we learn from the British transition? Well the first and most important lesson is silence is not a political strategy. Johnson’s failure to tackle the power of the military led to the 2009 coup. Both parties' silence on corruption destroyed the two party system, and silencing Scottish dissidents didn’t bring about peace.

Whilst transition Britain had a legal technical democracy, it struggled to develop a true democratic culture. The pact of silence prevented real discussions about the past in order to move forward. A democracy requires people to rock the boat, it requires people to challenge the established order and it requires people to critically engage with the past. The Cardiff settlement prioritised stability over justice and instead got neither.

But was the Transition a success? That question I am afraid is for you - dear students - to answer. I have given you my take, but now in the name of pluralism and democratic engagement I ask for yours.

Your essays on the triumphs and failures of the British transition are eagerly anticipated.
FIN and What's Next?

Thank you again to everyone who read, commented on and voted for this TL.

I hope you enjoyed my in universe way of saying it but I really appreciate any comments, feedback or speculation as this TL comes to a close. If anyone wants to have a crack at their own spin-offs or TLs in this world I would love to see it!

I'm now going to try and send this off to Sealion Press to see if anyone bites, if anyone has gone through this process before and has any tips I'd love to hear them.

I'm also working on my next TL so keep your eyes open for that... 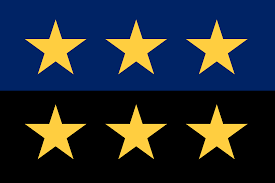