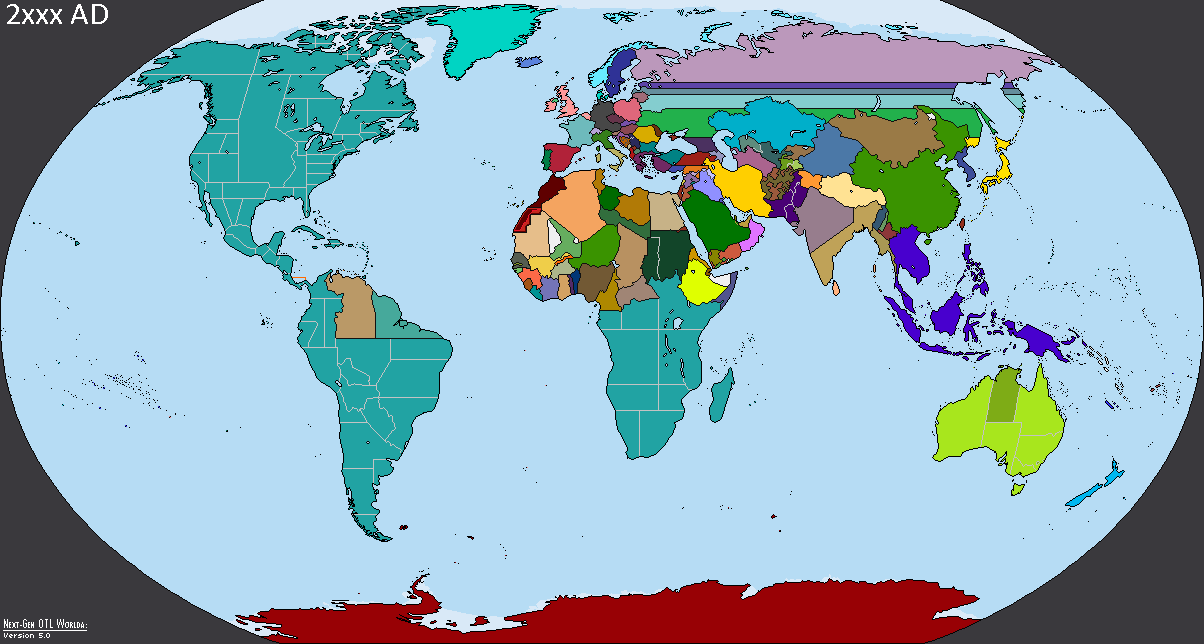 The Netherlands had the right idea, hiding out in Kashmir. 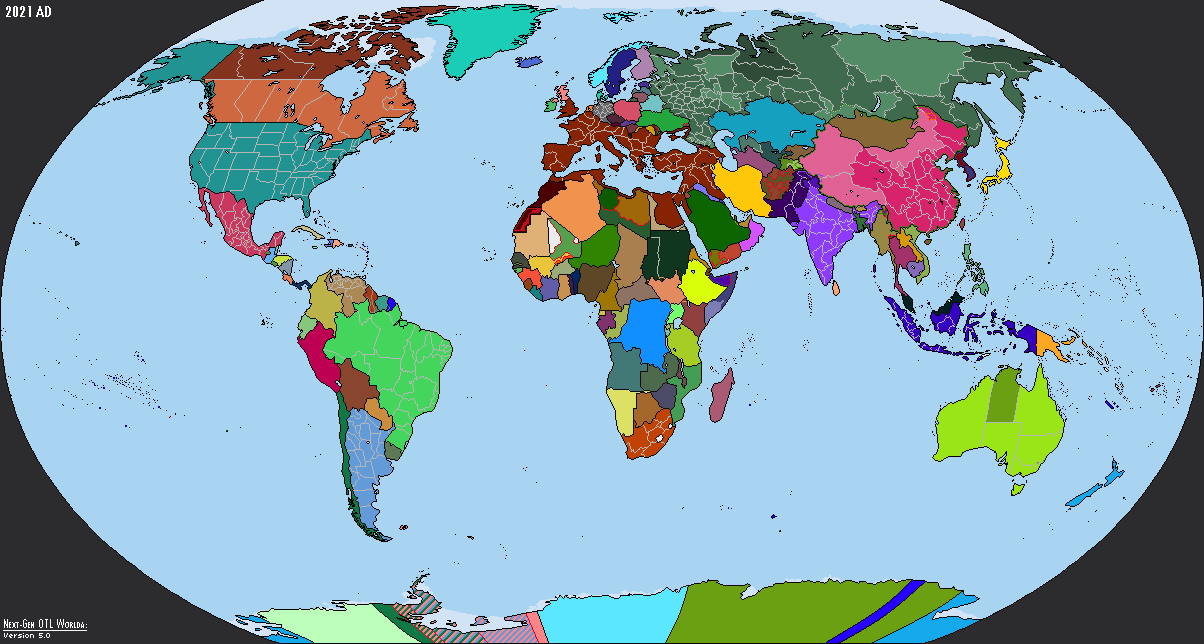 This should make things messier in the European Parliament.

This should make things messier in the European Parliament.
Click to expand...

I mean, I am fairly sure EU parliament doesn't exist anymore. Not until a new election at least. 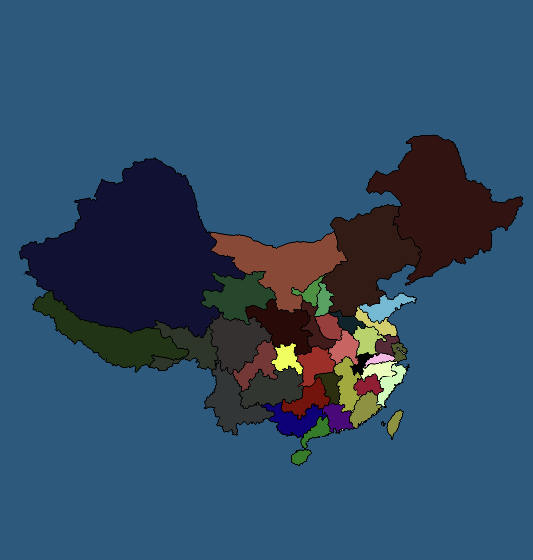 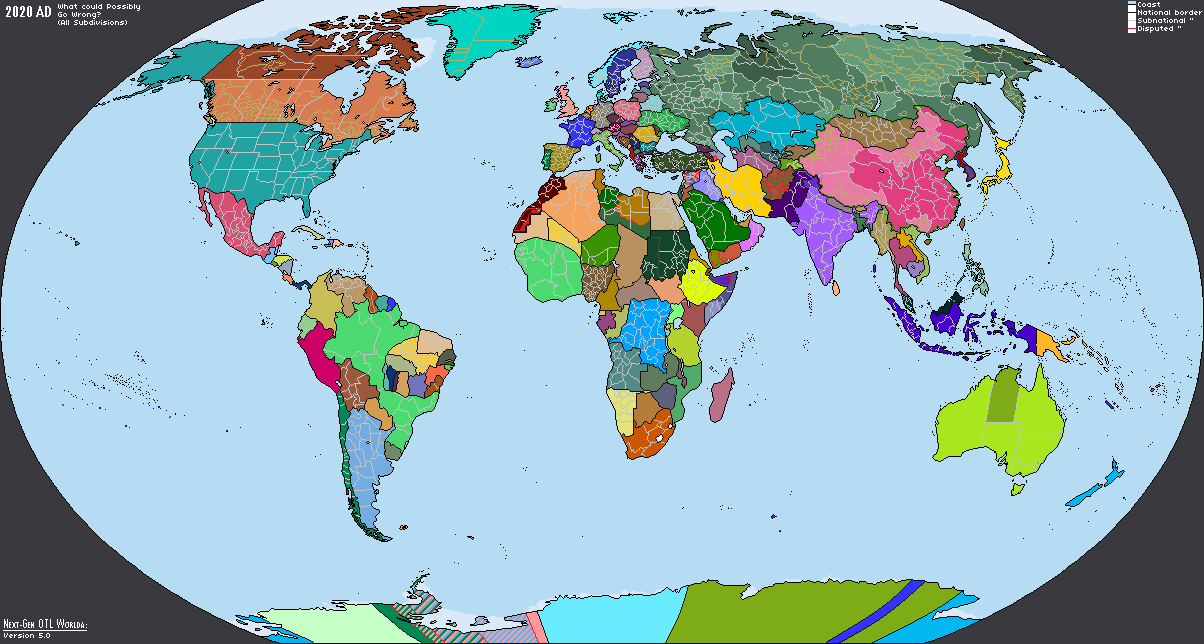 KolyenuKS said:
View attachment 667212
i think this was going to be a serious map at first
Click to expand...

At first I didn't understand it.
And then I see it.
It would be interesting lol.

KolyenuKS said:
View attachment 667212
i think this was going to be a serious map at first
Click to expand... 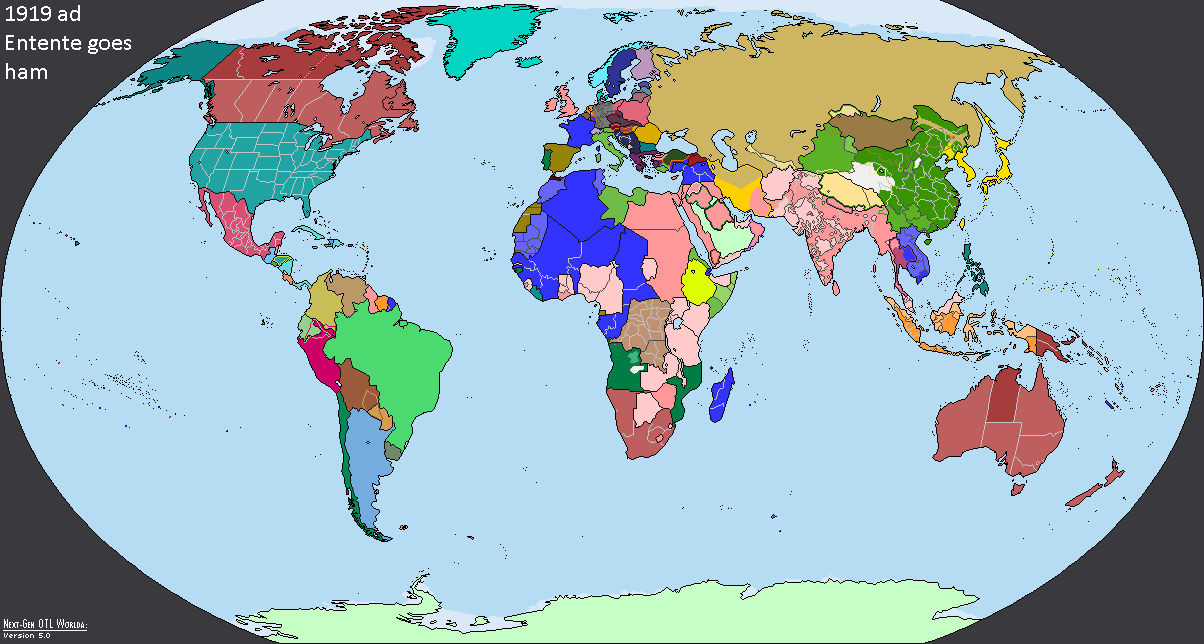 the treaty of versailles, but the entente goes ham

KolyenuKS said:
View attachment 669089
the treaty of versailles, but the entente goes ham
Click to expand...

Why does Germany still exist if they're going ham

KolyenuKS said:
View attachment 669089
the treaty of versailles, but the entente goes ham
Click to expand...

Bulgaria: "maybe if i stay completely still they wont notice me"

Pen said:
Why does Germany still exist if they're going ham
Click to expand...

I'd imagine that they'd want someone to blame for the war, that or germany's so debt-ridden/stripped of anything useful, that the entente just felt sorry for them and didn't go full Morgenthau

i would say that it's in reference to how bulgaria is the only nation to lose both ww1 and 2 and gain land, but honestly i forgot about them after making the small border arrangements 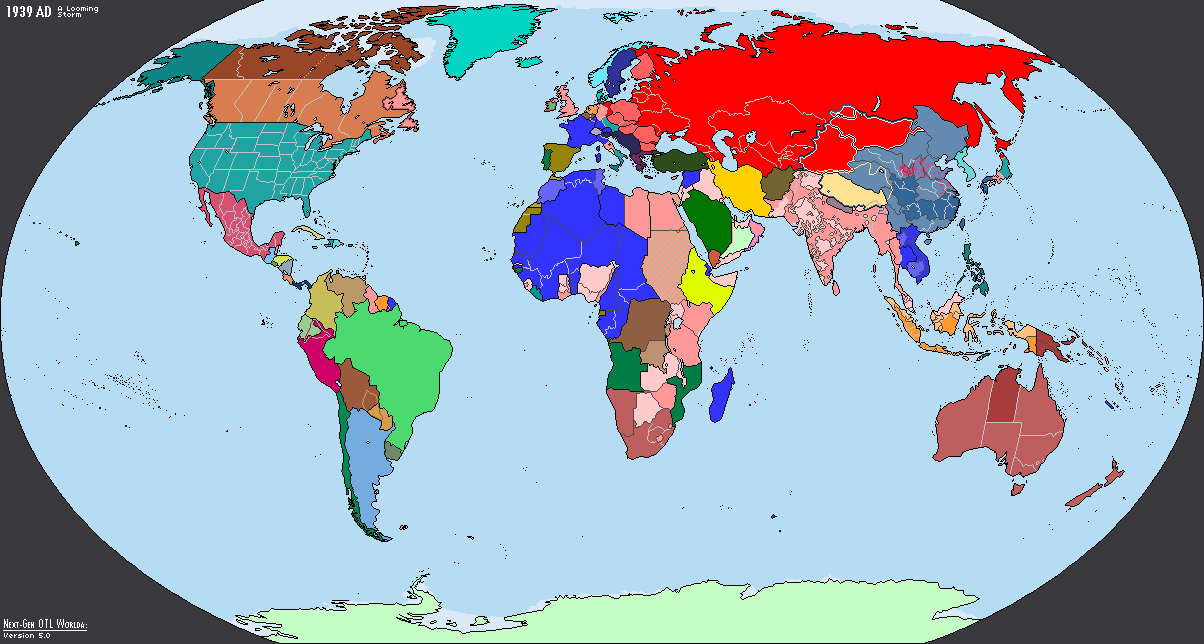 What exactly happens to Austria here? Tyrol goes independent but the rest is attached to Bavaria?

Crazy Boris said:
What exactly happens to Austria here? Tyrol goes independent but the rest is attached to Bavaria?

Also, shoutout to the revived Papal State
Click to expand...

tyrol was annexed directly by france, but in essence is the same as the rest of the Morgenthauized 'occupied central european zone'

Does anyone remember a map posted in this thread (I believe) that was a parody of the 12 nations format?

Pennsylvania? No this is Transylvania. 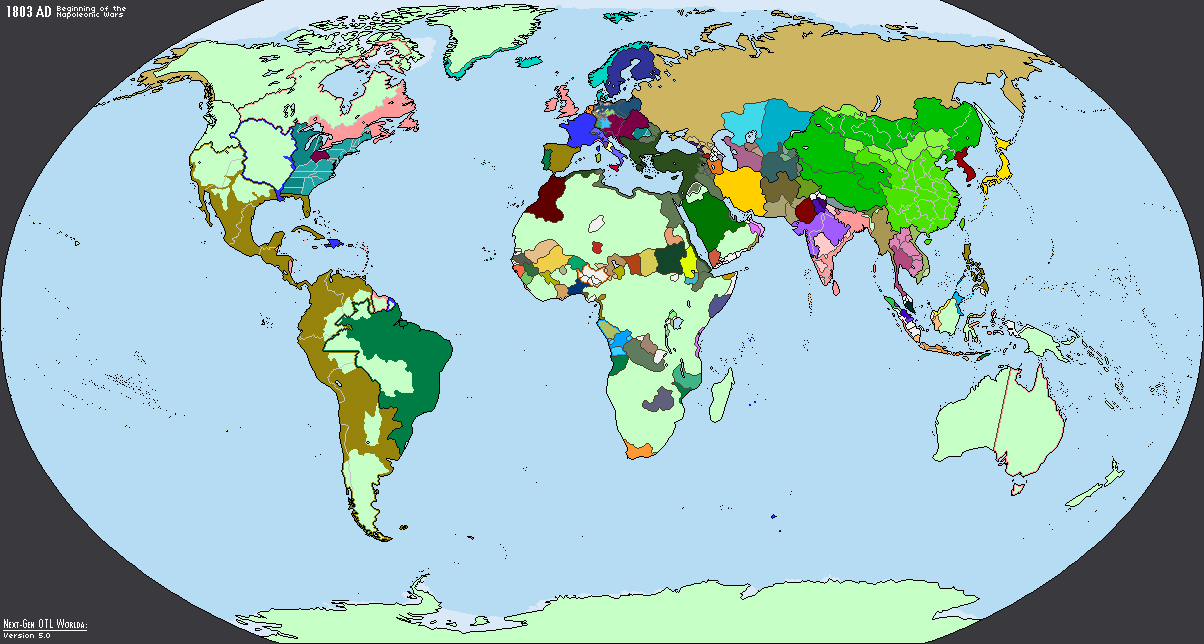 Gaminguy010 said:
Pennsylvania? No this is Transylvania.
Click to expand...

The American-Ottoman War is imminent. Who wins in 1803? Will we ally with France (Louisiana Purchase seems ironclad TTL) and Russia? They’d probably love to help out. Austria, too, given that it’s their land that has been transplanted...

BrobDingnag said:
The American-Ottoman War is imminent. Who wins in 1803? Will we ally with France (Louisiana Purchase seems ironclad TTL) and Russia? They’d probably love to help out. Austria, too, given that it’s their land that has been transplanted...
Click to expand...

The population of that part of the US at that time is 200,000-250,000, divided equally between Pennsylvania and Ohio, with Ohio's population being around 1/3 Native at this time. Pittsburgh and Chillicothe are the largest towns at 1500 people or so each.

By contrast, Transylvania's population at the time would be around 2.5 million, roughly 55% Romanian, 30% Hungarian, 10% German, and 5% Roma. It's larger than the 5 largest US states, population-wise. A 1790 census reports 1.5 million but that figure doesn't include roughly 1/4 of Upper Hungary that was included in that map. Klausenburg/Koloszvar/Cluj-Napoca is probably the largest city, with 15,000.

I'm not certain the Ottomans would try anything in this era considering Transylvania is Habsburg territory and the Ottomans are distracted by Russia breathing down their neck. The Austrians would have virtually no trouble establishing authority in the region, considering they have about as many infantry soldiers as the Americans have people. However, Austria's attention is going to be on the Southern Netherlands, which are currently occupied by Napoleonic France. In OTL the Napoleonic Wars never really touched Transylvania proper, although fighting between Russia and the Ottomans happened in neighboring Moldavia and Wallachia.

I imagine that the most people in Transylvania won't want to leave their homes in North America, and there's no way to evict them, either, since there's so many of them. The Boyars and nobles would be hesitant to return to the Habsburg lands because they've had disagreements about the Habsburgs' respect for their autonomy and traditions. The American settlers in Europe would probably prefer being on the other side of the ocean, given anti-European sentiment was still fairly strong in that era.

The Transylvanian nobles would probably try to convince the Americans to grant them independence, since the feudal system practiced there is incompatible with US legal and societal mores and the people there are uniformly non-English speaking. The Americans also wouldn't be fans of the Hungarian nobles, since those are mainly Catholic. The US also doesn't have the military strength to take the territory, as it's bordered by mountains and full of castles.

As time goes on, I imagine both Romanian peasants and American settlers would emigrate to the US proper. Hungarian nobles would double down on their traditions and the US would have no choice but to acknowledge their sovereignty. Most of the Romanians would flee west into the Northwestern Territory, which the US government would probably encourage. Eventually, we'd have Indiana, Illinois, and Michigan having an overwhelmingly Romanian population, but by the 21st century most of them would probably be more or less assimilated into American culture with most speaking English and attending Orthodox churches. In Transylvania itself, I think that the presence of a large republic surrounding the territory it would cause uprisings against the feudal order, probably transitioning to a republican form of government in the mid-19th century. The US might try to reassert its claim on the territory after that, but if they manage to stay independent past 1900 they're likely to stay that way.

In Europe, I think the American portion would probably be settled heavily by German migrants who were financed by the Austrian crown to populate reconquered Ottoman lands. In time, the population of Americans and Germans would probably end up about even, or perhaps slightly favoring the Germans. I can't imagine the Austrian monarchy being any more tolerant of Native Americans than the US government, so there will probably still be tragedy there. As the region becomes embroiled in the conflicts and ethnic cleansings of the late 19th and early 20th century, it's difficult to know what will happen to the Americans as time goes on, but the region will probably not go to Romania as it did in OTL. It would probably assert itself as an independent republic if Austria collapses and then fall to whatever empire gobbles it up in the early 20th century, whether that's Communist Russia, Imperial Russia, or a Germany of whatever political inclination. In modern times it would probably be similar to the countries surrounding it, with the exception that it would be bilingual in German and English.
Last edited: Aug 21, 2021

Gaminguy010 said:
Pennsylvania? No this is Transylvania.
View attachment 674423
Click to expand...

Would be better if it's swapped with the parts of Kentucky and Tennessee that used to be the Transylvania Colony instead.
You must log in or register to reply here.
Top
Share:
Share
Top