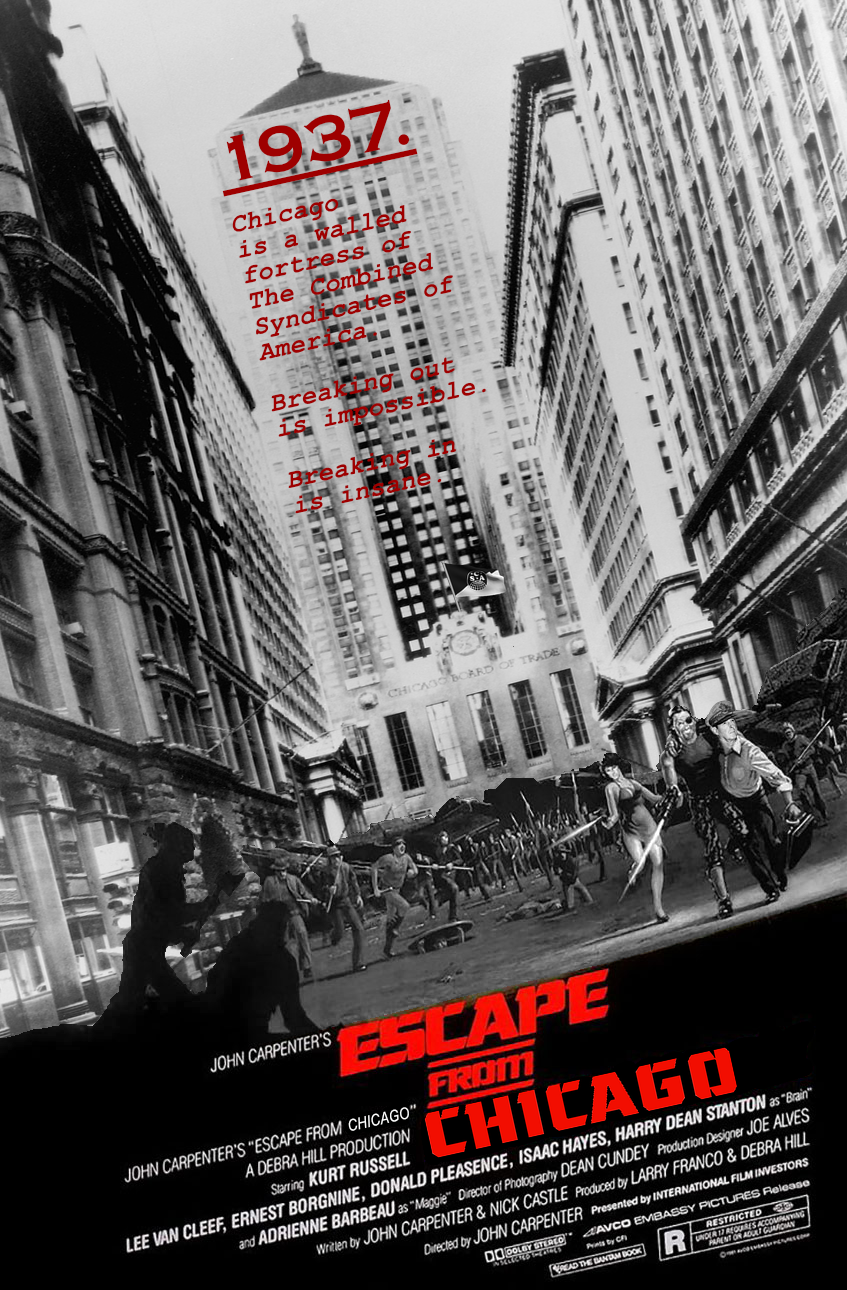 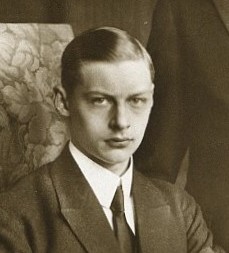 Wilhelm "the forgotten". Wilhelm Friedrich Franz Joseph Christian Olaf was the expected sucessor to Kaiser Wilhelm III and grandson of incubent Kaiser Wilhelm II, but was killed during the sedan offensive in 1943 after a surprise british bombing raid destroyed his own HQ. He's currently buried in Berlin.
Click to expand... 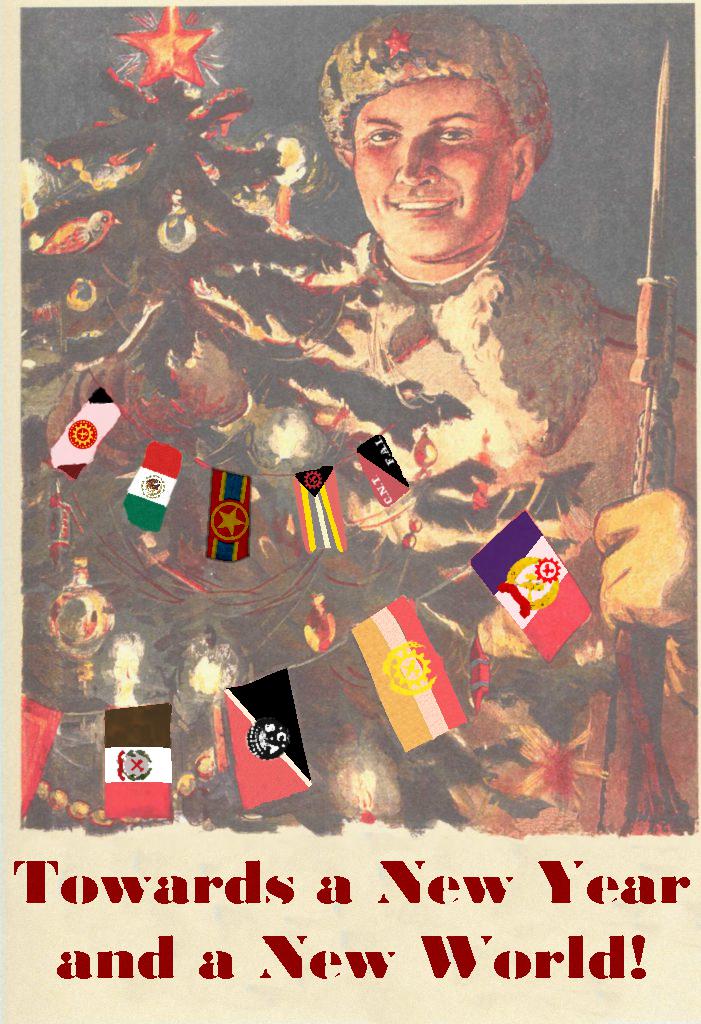 Going for a totalist victory in the CSA: 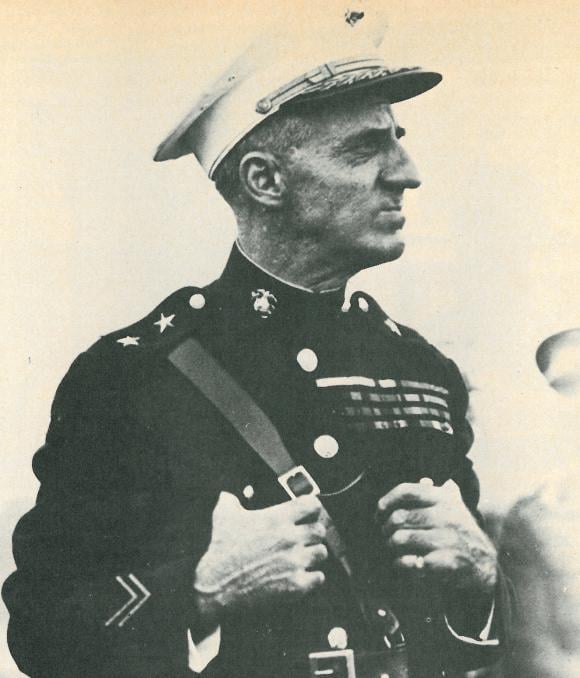 Smedley Butler (1881-1941) was the chief of staff and leader of the Continental Army and former leader of the american legion. During the radicalization era post revolution he led the failed Chicago coup against Earl Browder but was unable to secure the capital before the red guard and the reinforcements brought by William Alto relieved the city. He is today seems as a divisive figure outside the USAS and as the main antagonistic figure by the American figure, as the greatest traitor who tried to revert the revolution and return the power to the old regime, while being a central figure on the foreign american community of exiles.

Only problem with that poster is that it requires a world where the US survived, and went to war with Japan over Hawaii/Guam.

Also I do find it funny that the Leftist KMT have an option to try and get chummy with Washington (Not the CSA, the Fed's) while the Federalists, if they should win, do not.

Rinasoir said:
Only problem with that poster is that it requires a world where the US survived, and went to war with Japan over Hawaii/Guam.

Also I do find it funny that the Leftist KMT have an option to try and get chummy with Washington (Not the CSA, the Fed's) while the Federalists, if they should win, do not.
Click to expand...

Chris Lancour said:
It would make more sense if it was the PSA and the Chinese Federalists
Click to expand...

PSA usually renames itself back to the USA in case it wins I think...

sampleswift said:
PSA usually renames itself back to the USA in case it wins I think...
Click to expand...

I wonder what Mr. Turtledove would be up to in the Universe of Kaiserreich?

S. Marlowski said:
I wonder what Mr. Turtledove would be up to in the Universe of Kaiserreich?
Click to expand...

Depending on the victors of the civil war he probably stuck to being a professor of Byzantine history and teaching at universities.

What if Superman...was born in the Russian State? 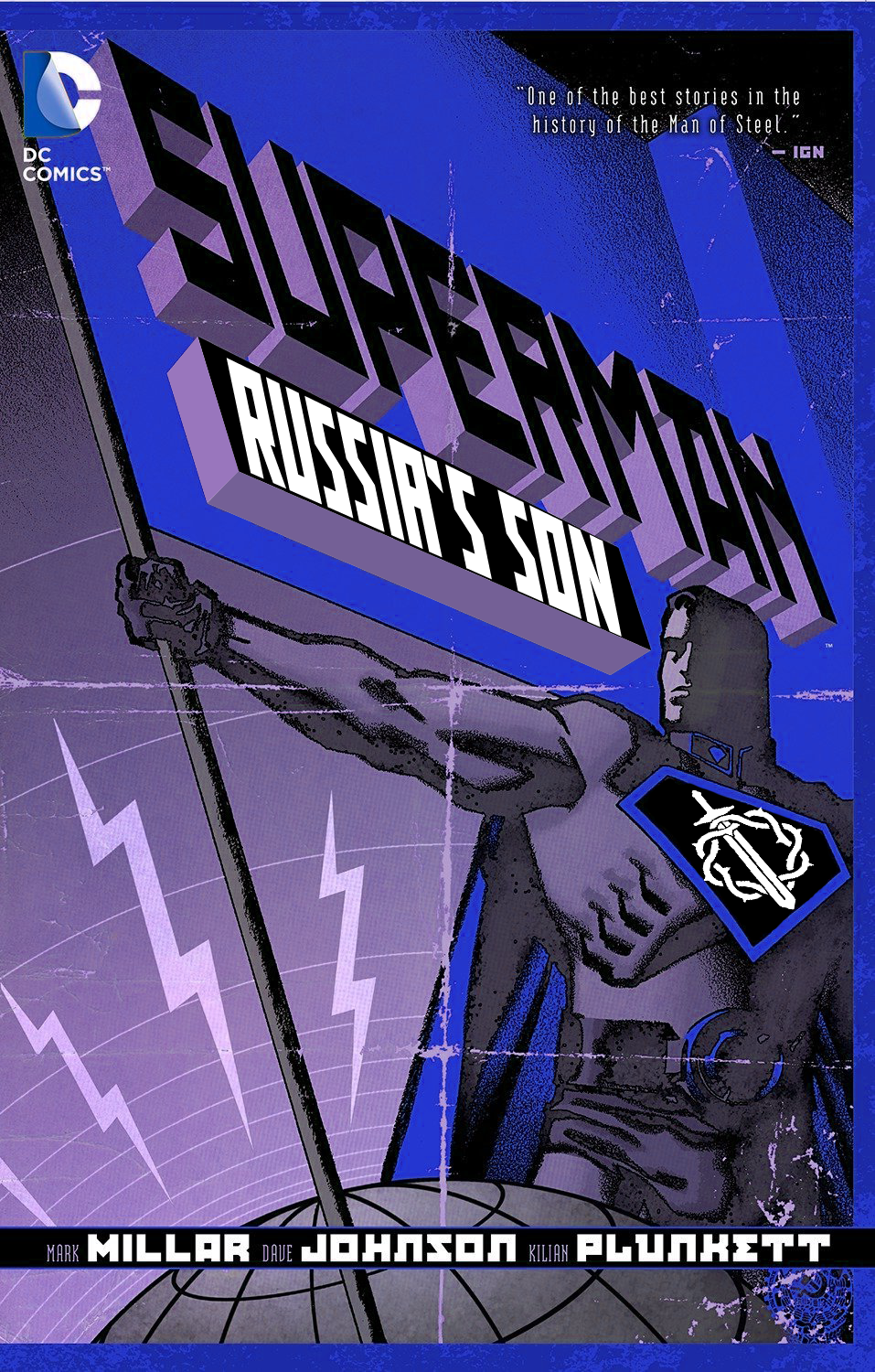 Following the victory of the American Union State in the 2nd American Civil War, the battered nation was in dire straits. Much of the country was war torn and despondent, without a stomach to fight in the foreign wars of Asia and Europe. A surprise offensive from the German Reich shattered the French defenses in the early weeks of the conflict, and the German army, coupled with its allies eager to bring a swift end to the Internationalé’s increasingly violent tendencies, made a push for Paris. Securing a tenuous agreement of alliance with the Entente and it’s forces, a three pronged assault into Central Europe was devised and executed, even as America was putting the final nails in the coffin of the Federalist and Syndicalist factions. in 1942, during the American Spring Offensive, German troops assaulted Eastern France, with the intent of securing ideal grounds and defeating the Syndicalist armies in detail. Meanwhile, French Republic troops in North Africa were mobilizing, pushing into southern France after much of the enemy had been called to fight the steadily encroaching Germans. Summoned to the aid of their allies in France, the Union of Britain deployed their the bulk of their forces into France to defeat the virtually unopposed French Republicans.

By summer of 1942 however, with the AUS’s own victories in Seattle and Los Angeles, the British Commonwealth conducted the largest amphibious landing in history, hurling dozens of divisions into their old homeland in an attempt to take back what was lost. It was remarked that the 2nd Weltkrieg could and would have been the bloodiest war in the history of mankind, where it not for the simple effectiveness of the three pronged assault employed. The war in Europe was ended by early winter, 1942. French Republic forces stormed much of France, retaking their lands while encircling what Syndicalist divisions remaining. The British Commonwealth regained their old lands, and the British King was able to return and declare victory on Christmas Day, 1942. The Germans, for their part, where content to return to their own country, the steady predations and expansion of a battle hardened Russian Republic already on the minds of the German General Staff.

A tenuous peace lasted in Europe and the Americas, with the remaining conflicts being fought by the expanding Russian state, which slowly consumed western lands in a tide of bodies and lend lease American weapons and equipment. Asia was a particularly brutal hotspot, with the former European colonies, Chinese breakaway states, Imperial Japanese invasions, and constant fighting between each. Lastly, following the collapse of the Ottoman Empire, nationalist forces in Egypt succeeded in a coup and began a campaign of gradual expansion. Billed as a new Caliphate to replace the failure of the last, the Egyptian began to slowly modernize, helped largely by Entente and AUS sales of outdated equipment. By 1943, The Egyptian State spanned from Tripoli to Baghdad, Istanbul to Ethiopia. It remains to be seen if they possess the mettle or will to conquer the reformed Saudi Arabian state, or a splintered Persia.

Pictured below: A battle standard of the American Union State, carried by the 8th Infantry Division into Seattle as PSA troops fled south.
Egyptian nationalist troops celebrating a captured anti tank gun during the Palestinian offensives.

Going for something that @HIM Dogson helped to elaborate 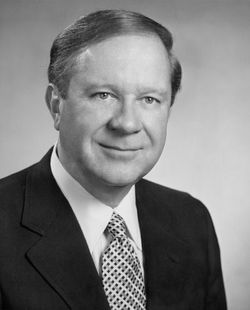 Russel Billiu Long (1918-2001), son of Huey Long and president of the United States of America from his father retirement in 1952 until 1964. Russel was a civil rights advocate¹. Russel was a even more sharp² politician as his father and paved the way for the "four ways, one party" political system still active on the USA, on which the america first party was broken into four effectivelly independent but de jure united factions, the progressives (socdem), the conservatives (soccon), the liberals (actually soccon), and the traditionalists (autdem).

¹While Huey Long benefited americans in general and hated the KKK, his anti racism is a romantization and he was basically trying to win over afro americans to increase his political power, his son OTL he was a white supremacist and even left the 1964 democrat national convention, but since he dropped this rhetoric later in life (different from people like Strom Thurmond) I believe he could change that earlier.
² He was a exceptional politician OTL, according to wikipedia: "According to biographer Bob Mann, "Russell became a leading voice for the plight of the elderly, the disabled, the working poor and the middle class." Long quietly wielded enormous power in the Senate and in 1980 was voted the most effective chairman and most effective debater by his colleagues in a US News and World Report survey. The Wall Street Journal once called him "the fourth branch of government.""

I want to make a big post about the brazilian imperial civil war, but first I may ask: Who wins? The imperials or the republicans? 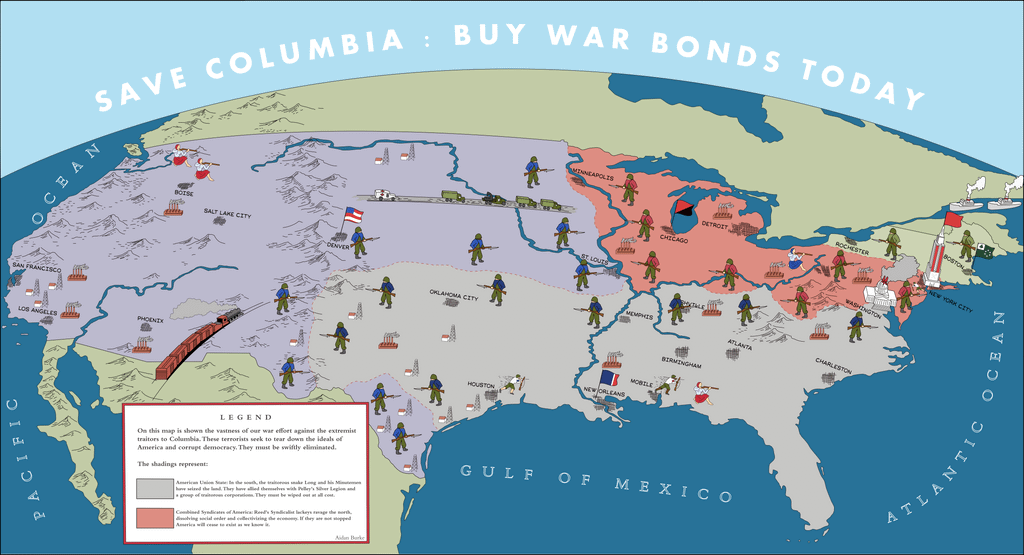 I'm so in love with the quality of this picture 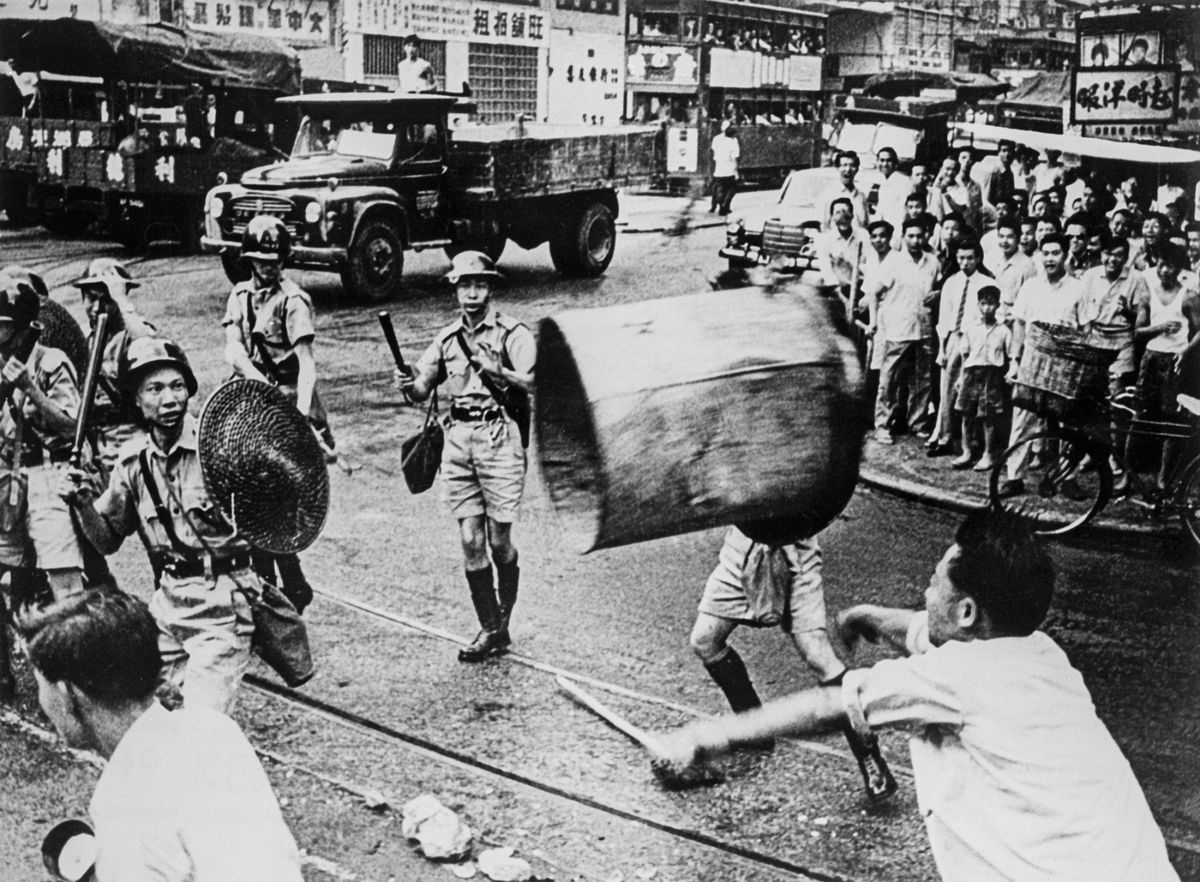 Pro-Zhilli police clash with protestors in Hong Kong, 1957, following the death of Wu Peifu, the de-facto ruler of the Qing Empire. Wu had led China to victory over Japan and Germany in the Second Weltkrieg, destroying all foreign concessions and using the fall of the Kaiserreich to the Russian Empire and Commune of France to seize the German-dominated Legation Cities, while reuniting the country and returning China to the club of Great Powers, with a permanent seat on the postwar UN Security Council, alongside the Russian Empire, the Commune of France, the Union of Britain, and the American Union State. While these accomplishments were enough to distract the Chinese people from the fact that their democratically elected leaders and their Emperor were puppets of the military for a while, as the 50s wore on tensions continued to rise, as Wu deployed troops to the Kingdom of Burma to fight off a Bharatiya-backed Syndicalist insurgency and successive elected governments were "advised" to make their policies adhere to the will of the Jade Marshall in increasingly blatant ways. It all came to a head in 1957, when Wu Peifu finally died; his handpicked successor, Zhang Qihuang, attempted to exert the same level of influence as his dead boss had over Parliament but this was met with riots, especially in formed Federalist and KMT controlled areas. Across the country police went into action against the rioters, but much of the army refused to step in, far more loyal to Wu personally than to the institution of the Zhili Clique. For a few weeks there was a risk of civil war- something gleefully predicted by London, Paris, and Calcutta as they began to prepare to support LKMT terror cells. The disorder was ended, however, by Prince Pujie, widely popular for his brilliant success against the Japanese in the Shandong Campaign, where he destroyed an entire Japanese army. Pujie ordered his forces to arrest Zhang for "subverting the will of the government of the Sun of Heaven; this done, the Prince (and, later, Emperor) handed power to Chancellor Deng Xiaoping of the ruling NCERA Party. The remaining Zhili generals stepped down, and most rioters went home. It had taken decades, but the dream of Chinese democracy had finally been fulfilled. 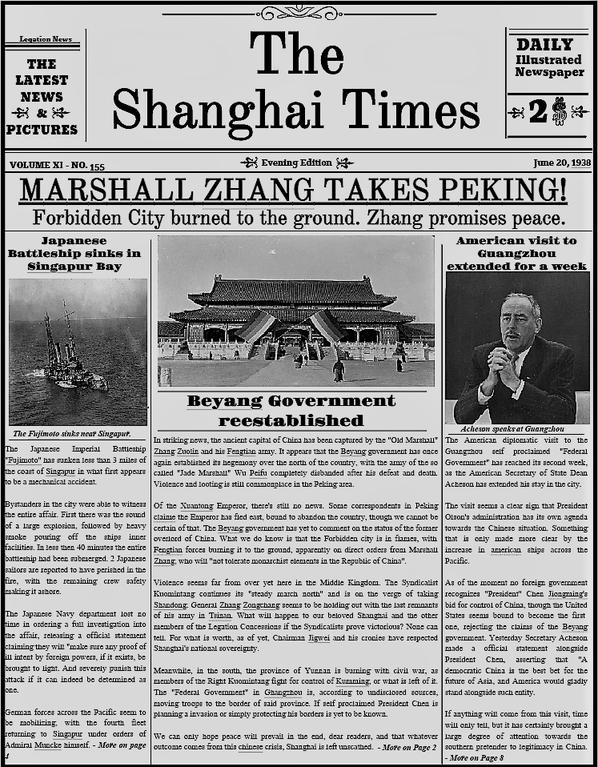 https://www.reddit.com/r/Kaiserreich/comments/ekv5a5
You must log in or register to reply here.
Top
Top