When the Fall Occurred Japan was just 15 years into its reintegration into the world. Yet even then it had mad much progress. It had the beginnings of a modern Army and Navy. A railroad had started to be built to connect all of the parts of Japan. Still The Fall quickly showed that Northern Japan was going to be uninhabitable. In fact it was clear that Japan was going to have to invade some warm lands so that Japan's population could be save.
Okinawa was the first lands that had been incorporated into the Empire. The Generals and the Navy proposed expedition to take Formosa. It was far enough to the south to be safe. The Island of Hanan was also put on the list of lands that would needed to be taken.

China was in Chaos and was in no condition to oppose the Empire. In fact the Leaders of the Empire advised the Emperor that they would need resources from China to insure the survival of Japan. The Imperial Government made sure that its military would not venture close to the British Outpost of Hong Kong. Most of the Europeans in China had fled to the south.

And so began the Empire of the Rising Suns struggle to deal with The Fall. The Empire would make some mistakes that would result in clashes with powers.

The Imperial Japanese Army had secured both of the islands for the Empire and Japanese Civilians from Japan had been relocated to Formosa. Imperial Forces had also landed on the mainland securing a foothold in the south and another one south of Shanghai. And so began a struggle that would last for more than a century.

So the Japanese have abandoned the Home Islands? Did they leave the Ainu to their fate in the north?

The Japanese have not abandoned the home islands entirely. But The Fall has made the northern most island uninhabitable and most of the region 20 miles north of Tokyo has been deemed to be close to that same status. It is cosidered urgent to gain lands that would support the population move. There is a belief that the southern most part of the Main island as well as the southern island can be held but still more territory will be needed to ensure that the Empire has the food and minerals it needs to survive.

The Empire of the rising Sun continued to secure the Islands that it had taken and it had encouraged resettlement of the displaced Japanese Population to them. Mean while it continued to expand its foothold on Mainland China. By the 1880s the situation in Japan was as bad as the experts had believed it was going to get North of Tokyo was a no go zone unless one liked winter weather. The war against the Chinese continued. The Chinese Imperial government appeared unable to deal with the combination of the effects of the Fall and of the hard hitting Imperial Japanese Army. The Imperial Navy dominated Chinese waters.

It was in the late 1880s that the Empire of the Rising Sun while exploring the Marinas Islands came into contact with the Royal Hawaiian Navy. Its Ironclad sand an Hawaiian Gunboat and thus began a series of engagements between a growing Hawaiian Squadron and the Empire's Ship. A decision was made to withdraw from these waters. But the damage had already been done as Hawaii, Australia, New Zealand and the Netherlands East Indies worked together.

The chaos caused by the Fall helped the Empire of the Rising Sun to make progress in seizing territory and gain resources. In Manchuria a lot of the population had fled southward causing many problems for the Imperial Chinese Government. It was facing too many problems with the result that its inability to deal with them became evident. This Gave the Rising Sun a chance to overcome any Resistance. The Empire had also used the Chaos in Korea to take control of the southern part of Korea in the 1890s. 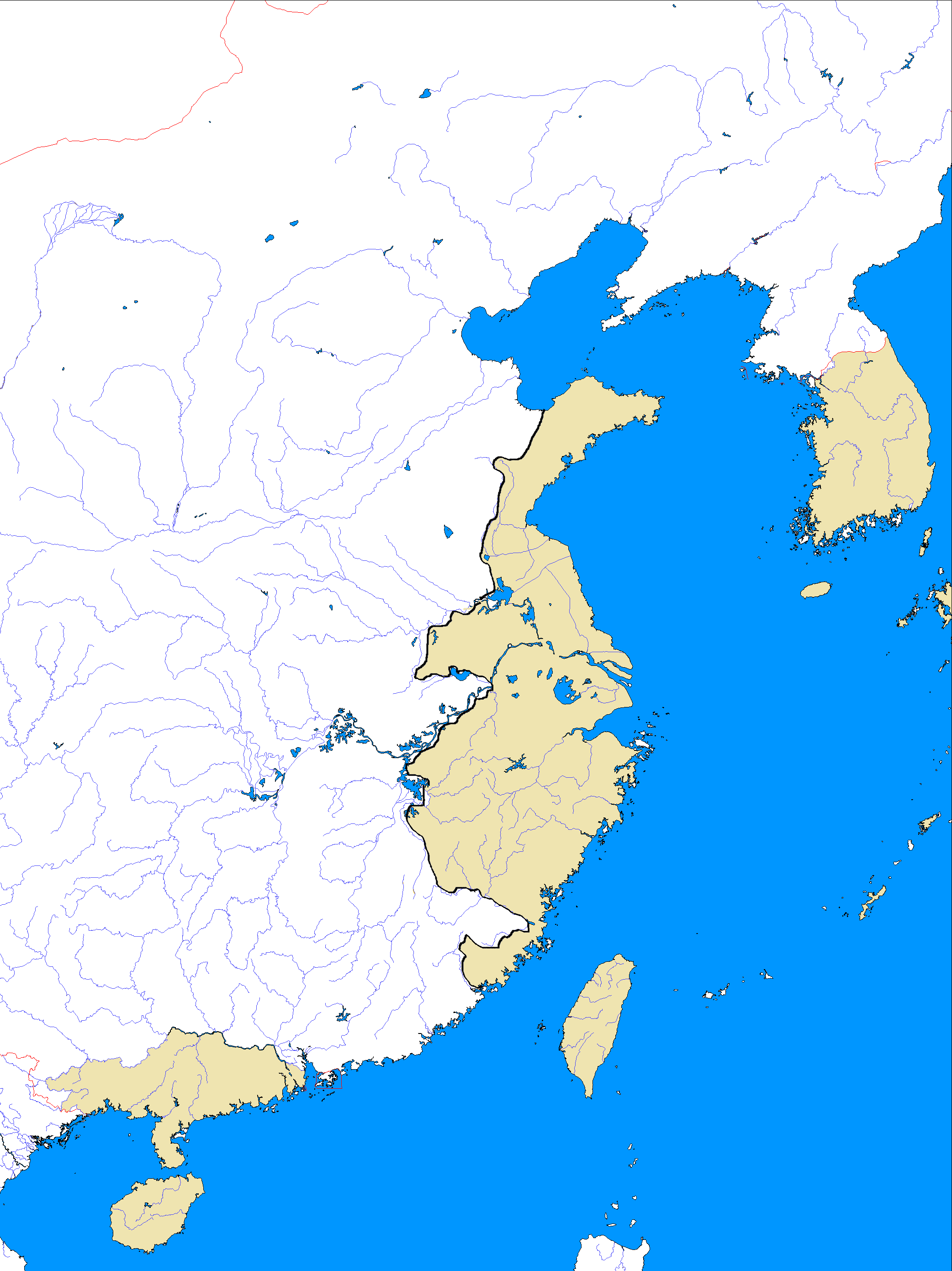 The above map shows the Conquest of parts of China and Korea by the Empire of the Rising Sun by 1892Weather was still keeping the Imperial Forces from moving further north . But the Imperial Military planned to push further into the country so as to gain additional resources and territory.

Looks like Japan is carving out a good sized empire for itself.

As the effects of the Fall were finally and slowly beginning to less the Empire of the Rising Sun began a push toward insuring that more of China and the rest of Korea fell into the control of the Empire. There were elements within the Empire that urge the Emperor to forbid a war with Britain or the other powers. Surprisingly it would be the Commander in Chief of the Empires forces in China who would finally block a war and secure the Emperor's approval to attempt to re-establish relations with the British. This General had seen the true cost of war and did not want to unleash a war that could bring much destruction. What was unknown is that Britain and Hawaii had smuggled riles, Machine guns and Mortars to the Chinese fighting against the Empire. 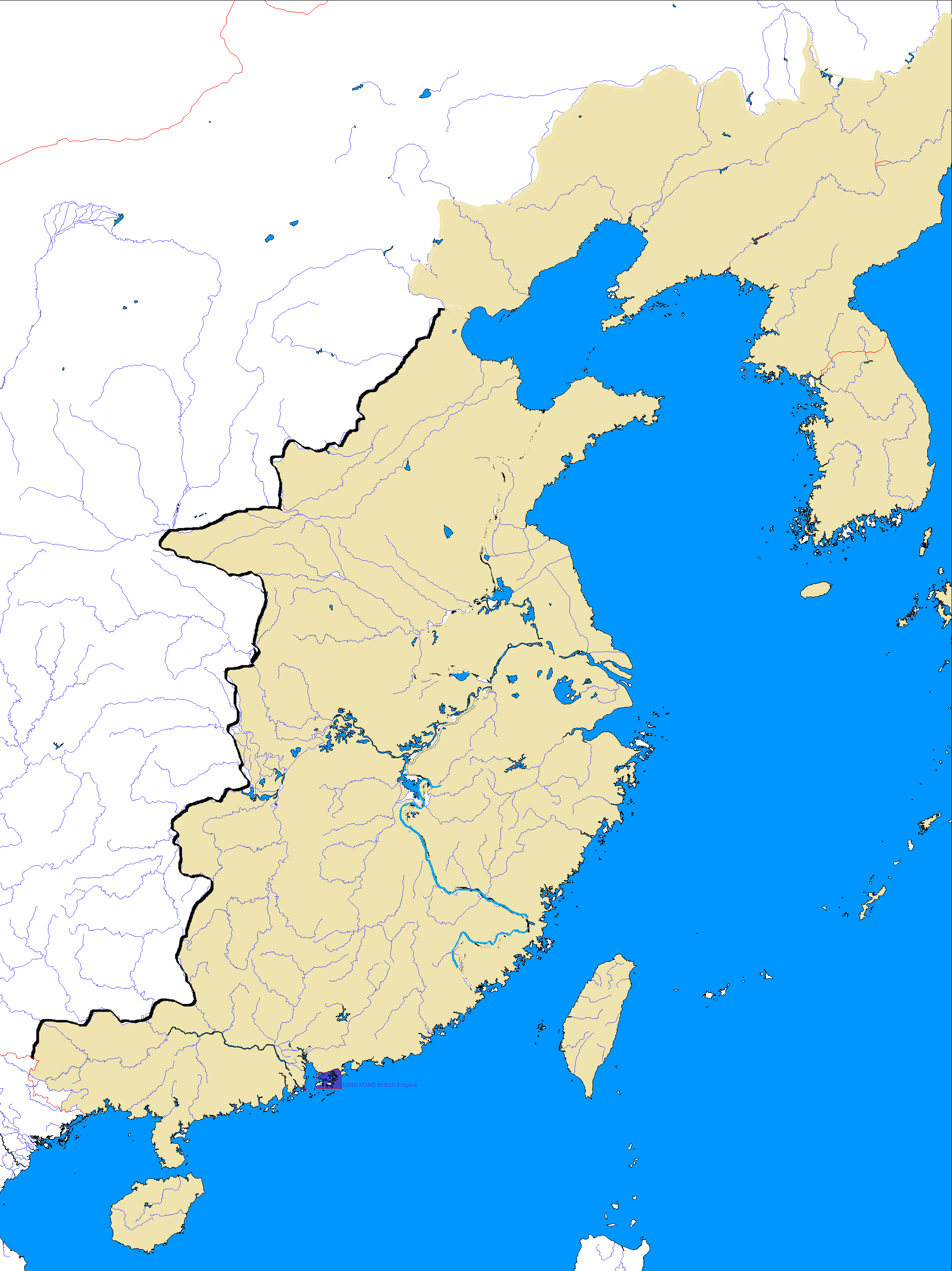 The 20th Century was seeing the beginnings of a moderation of the effects of the Fall. It would also see a shift in direction as a Moderate General brought reality to foreign Policy. By gaining support of the Emperor he was able to avoid a war with Britain and Hawaii and set relations on a path that would see peaceful trade. Unfortunately the war in China would continue to go on. With improving weather the Army of the rising Sun would complete the conquest of Manchuria. it was a land which had few people thanks to the Fall.

While the Empire of the Rising Sun continued with its conquest of Manchuria and the rest of China the Emperor issues an important decision concerning Korea On April 12,1912. The Korean people would be allowed to retain their own language. Thus while schools would teach Japanese language there would no longer be an attempt to wipe out all traces of the Korean culture. Second Korea would be allowed to elect its own Governor General. The war in China continues as the Empire attempted to imposes its will will 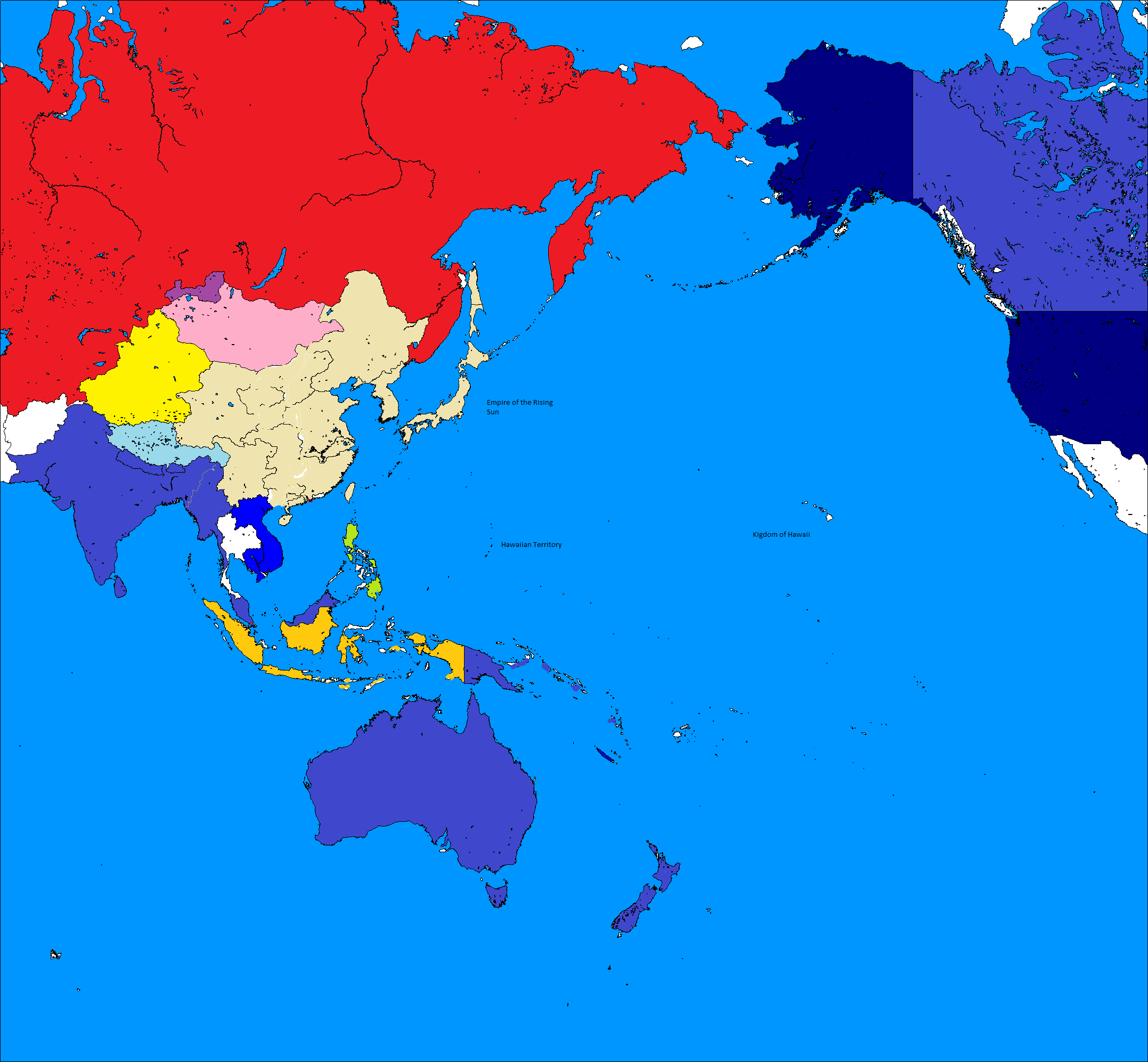 Empire of the Rising Sun at its Peak

As the effects of the Fall began to fade more and more the Empire of the Rising Sun saw a re-emergence of Imperial Russia as a threat. Fortunately for the Empire The British Empire and Hawaii got drawn into a struggle with Russia which ended with a brief conflict. The death of a Key official in Hawaii was traced to Russia. The Russians were forced out of northwest China. However, the Empire of the Rising Sun was never able to conquer the region. Russia trained and equipped a Chinese Army and so began the second phase of the China conflict. It would see the Chinese regain territory because the Imperial Forces were stretched too thin to defend everywhere. 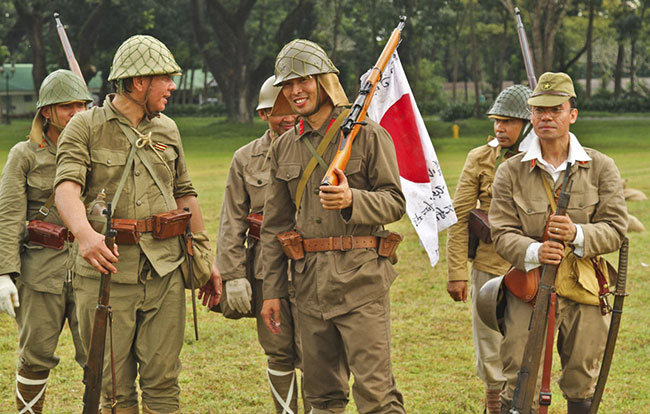 For the world technology was running behind where it would be in our time line. . Thus the Empire of the Rising Sun was just beginning to develop aircraft. Most of its planes in the late 1930's and 1940s resembled those of World War I. Hawaii and the British Empire were ahead of the Empire. Thus by the late 1940s the Imperial forces were beginning to see aircraft that would have been coming out in the mid 1930s on our time line.
You must log in or register to reply here.
Top
Share:
Share
Top