Poor Ruralia, if sabre-rattling land neighbours are not enough, trouble is brewing along their rugged western coastline. The coast is as rocky as the western coasts of Norway and Canada, with dozens or old fjords, steep rocky islands and hidden shoals. Some of those fjords have nasty tides! The Ruralian coast is popular for summer vacations, but winter storms can be nasty! It only snows a little along the coast, but fog and sleet make navigation doubly difficult. Coastal mountains are steep enough to force clouds to dump most of their rain, so coastal forests are both thick and tall.

Foreign ships are forced to hire Ruralian coastal pilots to guide them into Ruralian ports. Ruralia only has 3.5 ports. Rumour has it that some Ruralia ports are protected by old coastal artillery, but no foreign navy has a clear answer and locals are not talking. They just tell tourists that a few islands are off-limits because they are nesting grounds for endangered birds.
The smaller ports support Ruralia's strong fishing industry. Ruralian fisheries are strong enough to feed most Ruralian citizens, plus a little for export. However, foreign fishing vessels have been poaching more and more fish from Ruralian waters. Ruralian fishing boats have already traded paint and gun shots with foreign fishing vessels. The Ruralian Fishermans' Union is demanding that the Ruralian Coast Guard push foreign fishing vessels farther off shore. Traditionally, the RCG has used locally-built fishery patrol vessels, but those wooden hulls are getting old. The largest Ruralian shipyard has welded together a batch of river barges, but they still need to import engines, radios and guns.
Ruralia also faces new threats with cigarette and gem smugglers. The RCG has captured a few cigarette boats, but they are proving difficult to maintain.
With sabre-rattling neighbours, RCG is debating whether to also buy a few fast motor torpedo boats.

Either buy some Italian MAS boats, with a stock of Italian torpedos, or build your own home grown version.

Do we need to be concerned with ice during parts of the year? That makes the choices more difficult 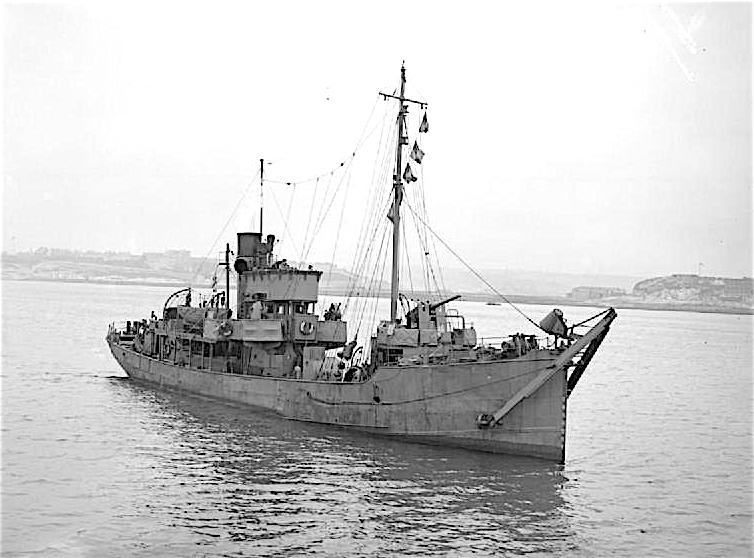 If you want something quicker with some punch. 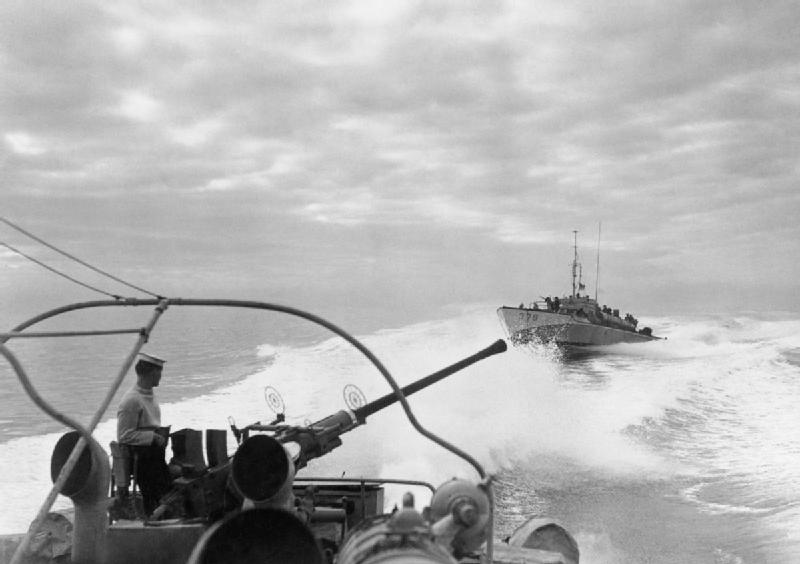 Fairmile MTBs, Vosper MTBs and if there's some money left over, some kind of MGBs.

Small, fast, heavily armed with a variety of weapons and able to attack larger vessels. If Ruralia gets it’s bids in early enough, many of the best manufacturers will be willing to deal with them.

Buy some 40mm Bofors, slap one and a twin Oerlikon like I know Ruralia has bought some of on the boat, plus at least 1 21" tube on each side of the MGB type boat, and you've got something capable of mauling other MTB's and threatening large ships while also fulfilling fishery protection duties.

Stenz said:
Fairmile MTBs, Vosper MTBs and if there's some money left over, some kind of MGBs.

Small, fast, heavily armed with a variety of weapons and able to attack larger vessels. If Ruralia gets it’s bids in early enough, many of the best manufacturers will be willing to deal with them.
Click to expand...

They can also be made in any boatyard capable of making fishing boats.

Using a smugglers boat as a basis if you want to , mount some weapons of appropriate size and you can use that at first. Arm a few fishing boats as protection vessels that would also earn a bit of their keep if you want.

I'd be interested to see a full Ruralia TL.

that is a Flower class corvette? even with the acoustic hammer up front

wietze said:
that is a Flower class corvette? even with the acoustic hammer up front
Click to expand...

Armed trawler-throw a 12-pounder on the bow and sweeps in place of the nets and that's an effective ship to do the dirty work.

CV(N)-6 said:
Armed trawler-throw a 12-pounder on the bow and sweeps in place of the nets and that's an effective ship to do the dirty work.
Click to expand...

it will do the job, but better to have something faster, less chance that any smuggler gets away

Not all smuggling is done in speed boats, historically it's fishing boats and normal merchant ships. Something that can lob shells across a ship's bows and carry a sizable boarding party will come in handy.

Peg Leg Pom said:
They can also be made in any boatyard capable of making fishing boats.
Click to expand...

Indeed. Mainly I was thinking of design expertise and layouts for boats to be built in Ruralia.

But I have never written a complete timeline of Ruralian history. I can tell you about Ruralian geography, economy and tribal allegances during the 1920s and 1930s, but not a centuries-old history.
Ruralia's location is deliberately vague, but it resembles the west coast of Canada or Norway. The coastal mountain range is low enough that it accumulates some snow over the winter, but not enough to maintain glaciers. The Ruralian coastal mountain range is also narrower, soon tapering into a grassy, inland plateau.
For some silly political reason, the rocky coast, forested mountains and grassy plateau all ended up ruled by the same prince, perhaps because the bulk of foreign trade is channelled through the only port that has secure links with the interior plateau.
As Ruralia became increasingly industrialized, the prince became more of a figurehead as the country gracefully slipped into a constitutional principality. The parliament meets twice a year in the capital city, but members of parliament spend the bulk of their time in their provinces. Most members of parliament are members of major land-owning families or families that own major industries (e.g. mines or cattle ranches) or the descendants of traditional tribal elders. Tribal elders don't travel much, preferring to hand reins to their sons and daughters.
Only 3 rivers connect the coast with the interior plateau, but only one is navigable by barges and that required a bunch of dams, canals and locks … like the Rhone River in Southern France.
Only two railroads connect the prairies with the coast. Perhaps Ruralia unified because the bulk of foreign trade only travels through a single port. As the country is comparatively small, few neighbours bothered invading.
Interior nomadic tribes are far too fiercely independent to ever accept rule from any outside king. Nomads prefer the gentle rule of the prince and parliament. The Ruralian prairies blur into neighbouring countries, but the central plateau is too dry to support much of any economic activity. Ruralian herding tribes are related to other herding tribes in neighbouring countries, but distances are too great to gather more than once or twice a year.
Plateau grain farmers and ranchers are more gov't oriented, but they have the good sense to leave drier pasture land to nomads.
Coastal fishermen are also fiercely independent, but it helps that the capital city is also the major port, so they have the ear of parliament. The Ruralian Fishermans' Union has a tight grip on all coastal traffic, providing coastal pilots.
As for the mountain tribes ... no one really understands the mountain tribes, but they are easy to get along with as long travellers stay in their inns and eat in their restaurants. Mountain tribes make most of their disposable income from forestry and mining.
Over the centuries, the various tribes have learned to get along. They frequently trade food stuffs, lumber, wool, cotton, hemp, etc. They co-operate at harvest festivals and often attend each others' major holy days. Speaking of holy days, Ruralia is nominally Lutheran, but tolerant of most other religions. Some of the prairie and mountain tribes worship gods that long pre-date Christianity.
Because Ruralia is comparatively small, it does not have a distinct army, navy or air force. The Ruralian Royal Police perform most functions of highway patrol, federal police, fire-fighting, ambulance, border patrol, coast guard, etc. Most Ruralian gov't boats and airplanes are owned by the RRP, but loaned out to different provinces as needed. Since Ruralia only has one surgical hospital, the RRP air wing provides ambulance services from out-lying provinces. Ruralia only has one prison because hard-labour is the preferred form of punishment.
Ruralia does conscript all teenagers during their last two summers of high school, but pacifists have the option of doing their national service in medicine or fire-fighting. If conscripts are on the prairies during harvest season, the help with the grain harvest.

riggerrob said:
Ruralia's location is deliberately vague, but it resembles the west coast of Canada or Norway.
Click to expand...

Is it a real location? It reminds me of a country based in Washington/Oregon plus Lower Mainland BC since there's only three rivers that go through the Cascades as I've written a minor power consisting of more or less the same region and the concerns are very similar.

The German diesel powered R-Boats were a good solution for the Patrol Boat requirment, and could also perform mine sweeping and ASW tasks.
For the MTB role, a few S boats would be an expensive but reliable and capable option.

A more expensive option would be to buy something like the Trad Torpedo Boats built in Italy for the Siam navy. Smaller versions of the Spica class, they displaced 318 tons standard and looked like miniature destroyers.

A third option would be to buy Soviet.
A mix of, for example:
Four Project 53 Mine Sweepers/Patrol boats;
Backed by a larger number of Mo-4 Subchassers for the coastal patrol role and some D-3 MTB.
Not the best in their respective classes, but the USSR would sell arms for foreign currency and all thse types were solid, dependable options. 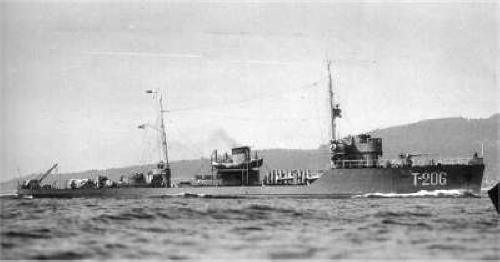 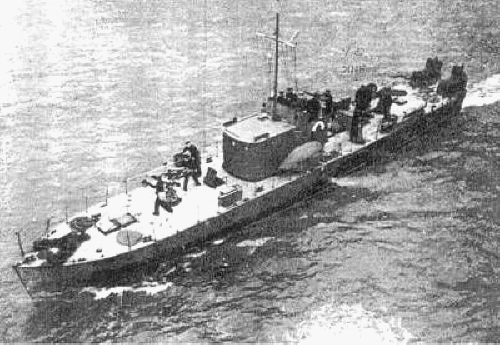 They could also buy some of the WWI destroyers the US has had laid up for 20 years. I'm sure the US could be persuaded to sell them three or four for the right price.

Peg Leg Pom said:
They could also buy some of the WWI destroyers the US has had laid up for 20 years. I'm sure the US could be persuaded to sell them three or four for the right price.
Click to expand...

Cheap to buy but expensive to run.
You must log in or register to reply here.
Top
Top