Make a map depicting a "Third-World" or developing country which is better off than in our timeline.

For this round, the POD of your map must be after 1945. Fantasy and science fiction maps are permitted as long as they meet all other requirements.

If you're not sure whether your idea meets the criteria of this challenge, please feel free to PM me or comment in the main thread.
---

Entries will end for this round when the voting thread is posted on Sunday, July 1st, 2018.
---

ALL DISCUSSION ON THE CONTEST OR ITS ENTRIES MUST TAKE PLACE IN THE MAIN THREAD. PLEASE.
Any discussion must take place in the main thread. If you post anything other than a map entry (or a description accompanying a map entry) in this thread then you will be asked to delete the post.
Remember to vote on the previous MotF round!​
Last edited: Jun 18, 2018

I make my return to the MotF! 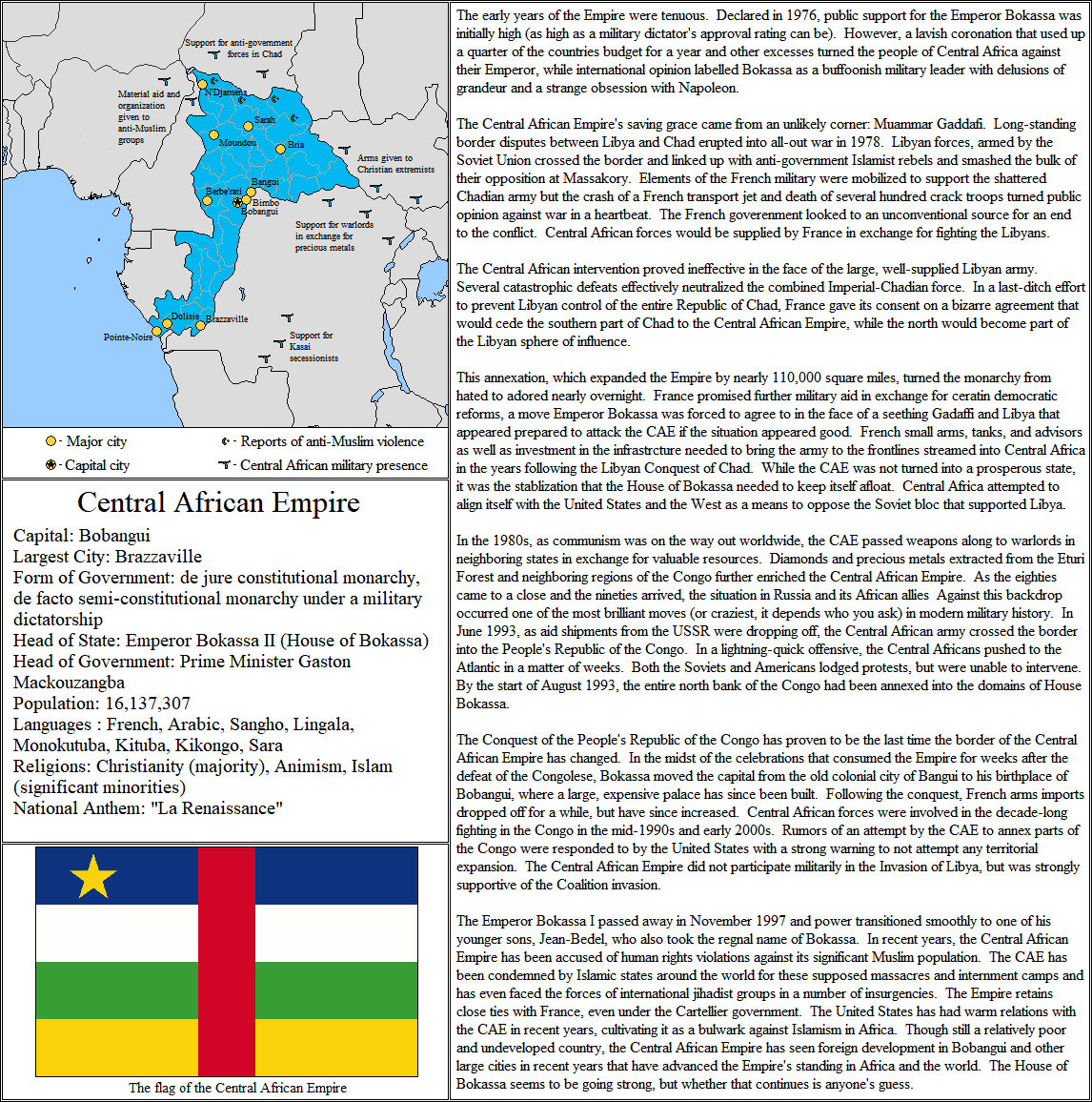 THE FEDERAL REPUBLIC OF YUGOSLAVIA

Following the end of the Second World War, the Slavic guerrillas who fought against Axis occupation headed the nation of Yugoslavia, led by Josip Broz (henceforth referred to by his common alias of "Tito"). Immediately, they created a socialist state in Yugoslavia. Tito's strategies were intriguing and complex, including what some refer to as the "Tito Side-Switch," where Tito received aid from Stalinist Russia and support in Yugoslav annexation of the People's Socialist Republic of Albania, which was achieved in the late hours of December 31st, 1949; this annexation was shortly preceded by the annexation of Greek Macedonia into the country, due to overwhelming socialist presence in the region. Following these excursions, as well as creating a puppet-state in Bulgaria (with British support) some years prior, Tito officially cut ties with the Soviet Union, forming the Non-Aligned Movement about a decade following this. Tito spent time preparing for his demise, while ensuring stability in Yugoslavia, and, upon his death in 1980, Lazar Koliševski came into power. Following his retirement in 1990, (the end of the Lazar Era, as it is known in Yugoslavia), the presidential terms drew shorter and the leaders became less communist.
However, tragedy soon struck in the Socialist Republic of Bosnia-and-Herzegovina, where radical militant groups began massacring Moslem Bosniaks in what would be referred to as the Bosniak War, where a massive insurgency occurred, headed by radical Orthodox-Serbian organizations. The conflict saw massive amounts of Croats and Moslems massacred or expelled from homelands, and the lingering threat of full civil war in all socialist republics within Yugoslavia. Following the end of the war in 1997 (the war beginning four years prior, but strong, centralized resistance was captured by Yugoslav forces two years into the war, with the second half mostly being guerrilla conflicts), a referendum was held to observe public opinion on a change in government to reflect on the end of the Cold War. The vote was generally agreed upon to evolve Yugoslavia into a democratic republic. These reforms saw Yugoslavia become a more "Scandinavian socialist" country, and saw the nation join the European Union just two months later. In order to aid re-population and reconstruction in the areas most affected in the Bosniak War, "safe zones" have been created for Moslems to repopulate (see the dotted regions within Bosnia-Herzegovina on the map above), and is projected to be lifted in 2001.

"FROM THE ALPS TO THE AEGEAN, TITO'S DREAM LIVES ON"
- 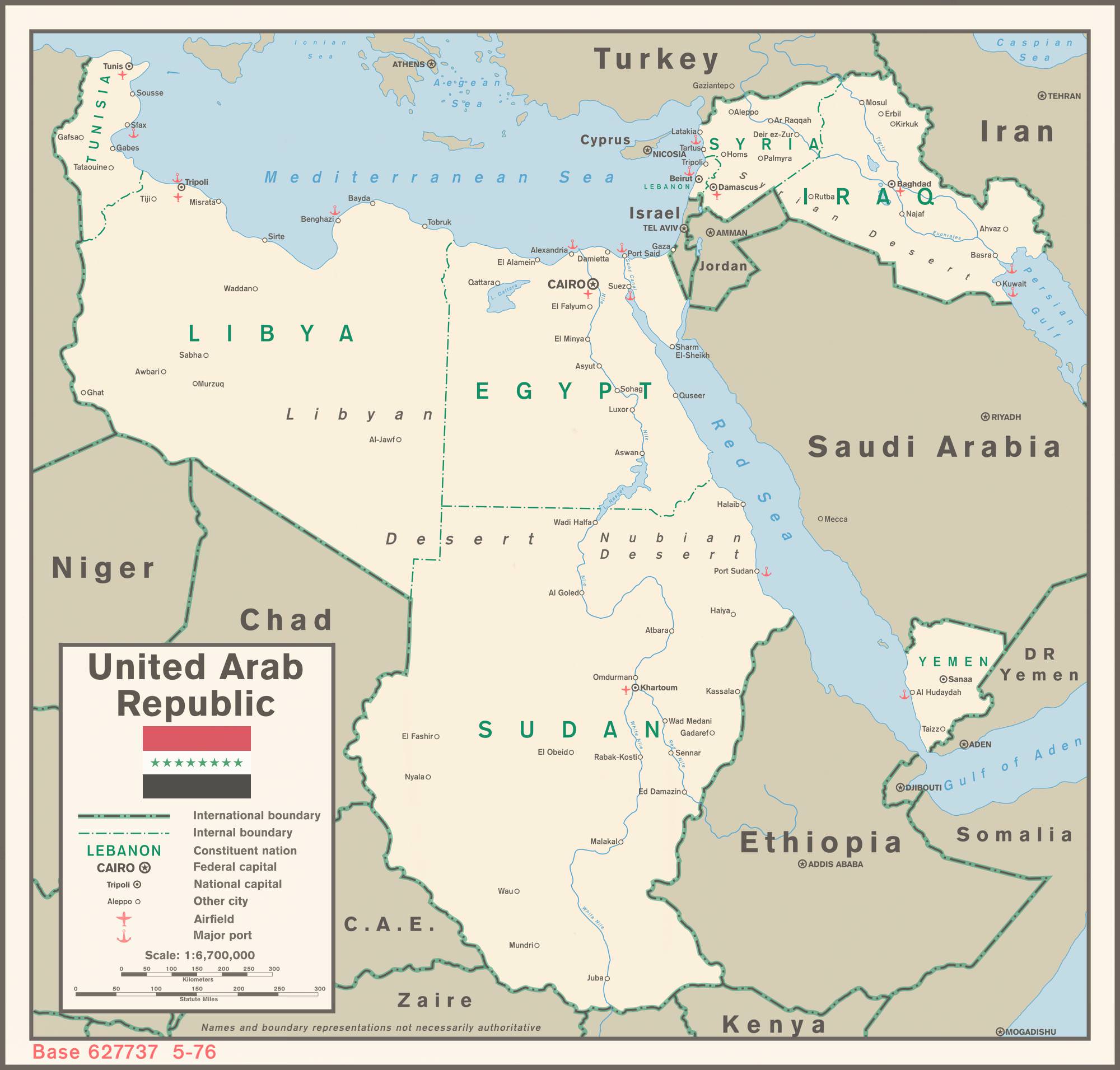 The United Arab Republic was established in 1958 as a union between Egypt and Syria. Although enthusiasm for pan-Arabism in principle was high across the near East, the first few years were rife with political tension. While the Egyptians were committed to the personal leadership of President Nasser (a hero across the region for his public and successful resistance to both the Soviets and West), the Syrians were more ideologically committed to Baathism in principle. Nasser's untimely death in 1961 threatened to tear the country apart, but after months of compromise, the situation stabilized into a single-party pseudo-democracy, dominated by the Baath party but with somewhat free local and party elections. Over the next two decades, the Republic welcomed more nations into its folds, both willingly and less so: North Yemen acceded in 1962 after the UAR-backed overthrow of its monarchy; Iraq and Libya joined in 1969 and 1971 respectively following Baathist coups; Sudan joined willingly in 1973, Tunisia was taken by coup in 1974, and Lebanon was integrated in 1976 following the UAR intervention in the 1975 civil war. Currently, the UAR is a major leader of the non-aligned movement, though it has moved closer to the Soviets in the past years due to American support for Israel, Saudi Arabia, and Iran.
You must log in or register to reply here.
Top
Share:
Share
Top