AspieMan said:
What of Christianity and the Southeast?
Click to expand...

As for the Southeast, if you click on the Index on the 1st page, you should get a list of chapters so you can take a look at what has been covered so far.
Last edited: Mar 25, 2020

are the interstates still maintained even if it's just rock

alasaki11 said:
are the interstates still maintained even if it's just rock
Click to expand...

Can I inquire about Texas? What happened to the former state

alasaki11 said:
Can I inquire about Texas? What happened to the former state
Click to expand...

Most of it is pastoralist territory, populated and governed by the cowboy hordes. The Andersons of East Texas are adopting some sedentary civilization under Southron tutelage. The Dinetah maintain forts and outposts in the west of the state.

Since we're going to be doing New England and the Maritimes soon, I thought this plant hardiness plant I found would come in handy in determining what places are inhabitable

Some ideas about New Jersey, as someone from there:

1: City states ruled by rival dons in places like Asbury Park, Newark, Montclair, Atlantic City. Sinatra should be a folk saint The Dons have a Commission like the HRE electorate or Ten of Venice that selects the ruler of the state. Actors perform decayed bastardized versions of The Godfather, Goodfellas, A Bronx Tale and Sopranos and Boardwalk Empire episodes as Shakespearean stage plays, but they revere Scorcese as the greatest playwright not Shakespeare if they have an education.

3: Northwestern NJ, the Skylands, is very different than the rest of the state, more an extension of rural PA. Near where I come from, is the towns of Mahwah and Ringwood and there are these hill people who live in poor and primitive conditions, calling themselves the Ramapo tribe, though they're mixed descendents of Dutch and Hessian colonists and escaped slaves. Into the Furnace is about them. That general area in north Passaic, Morris, Warren, Sussex and Hundertdon counties should be a barely controlled hinterland of the Italian Mafia descended culture of the rest of the state.

4: The same with the Pine Barrens. Also have them live in fear of the Jersey Devil and have it on the state's Coat of Arms.

How far south does Quebec extend? Do they have any border marches in Maine?

And here's some castles that could become the palaces of the Mafiosi nobility. 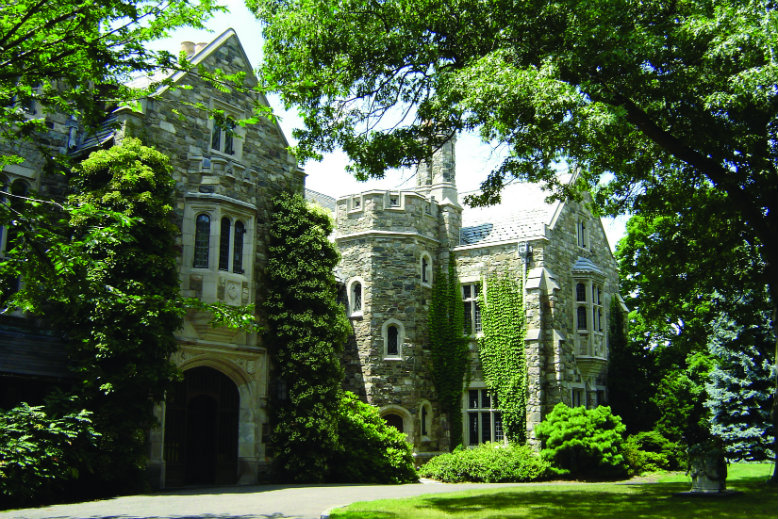 No need to sail to far off lands to view these magnificent manors. New Jersey's castles are rife with rich histories and amazing architecture.

I like the new update though I do feel the rise of the new religions is too soon. I've always imagined the Church beginning as a purely secular attempt at calming inter doctrinal conflict. Nevertheless, I like the history given to George Washington II.

Richard Drummond said:
I like the new update though I do feel the rise of the new religions is too soon. I've always imagined the Church beginning as a purely secular attempt at calming inter doctrinal conflict. Nevertheless, I like the history given to George Washington II.
Click to expand...

Wdym by the rise of new religions?

Is Alexander Hamilton worshiped in the future?

tehskyman said:
Wdym by the rise of new religions?
Click to expand...

New Israelism and the development of the Church itself. It was too rapid considering previous updates regarding the two. For example, the Chief Justice only really becomes secured as head of the Church in the 2300-2500 period.

Hmmm, I guess the entry needs more work, I’ll delete it and repost it

The Great Church of the East: The First President

The Church in Baltimore wasn't always a part of the new USA. In fact, there was a time where there was no organized government that called itself the United States of America and the seat of President laid empty. After the Baltimore riots of 2051, the president and his cabinet were killed. So many in the line of succession died that noone could reliably claim to be president. Many tried, but without the legitimacy of the Chief Justice, they all faltered.

Over time, the Church District of Columbia grew as the Supreme Court absorbed more and more powers of the old American government and its role in society became more defined. However, it drew the attention of the local warlords who saw the power of the church as something they could usurp and control. And so the Governor of Virginia, invaded the Church District of Columbia to seize the power of the church. Though the Appalachian Guard was at that point a reasonably well-trained and organized force, the Virginian Governor and his allies overwhelmed the Appalachian Guard in battles at Woodbridge and Arlington and soon began besieging DC. However, messengers were able to flee the city before it was fully encircled and the Governor of Maryland, Eric Chesapeake received news of the siege and massed a force to relieve the Supreme Court.

Eric Chesapeake's early history is unclear. He himself never spoke about it to anyone, or if he did, it was never recorded. He emerged as the shiphand of a merchant ship owned by a prominent Baltimorian family. After leading a mutiny, he took control of the ship, began expanding his pirate empire and took over land along the southern tip of the Delmarva Peninsula. When the rivalry between two factions of Baltimore's merchant houses erupted into civil war, Eric stepped in and took over the city and proclaimed himself Governor of Maryland.

When Chesapeake arrived, his army routed the Virginian forces and lifted the siege. At that point the Appalachian Guard was a shell of what it was before the war with barely 100 men able to fight. The routs and prolonged siege had greatly depleted their fighting numbers. On April 17th 2430 as Chesapeake climbed the steps of the Capitol, Chief Justice Knox II Harrison asked Chesapeake to kneel and proclaimed Eric Chesapeake, President George Washington II, the new President of the USA. Newly anointed President George Washington II then held a session of Congress within the Capitol. The First Session as it would be called, lasted nearly 3 weeks and in that time, important members of the Baltimore and Church elite gathered in DC to draft what would become the Articles of Emergency. These Articles would bind the elite of the Chesapeake Bay area to the Non Denominational Church to create the basis of the new USA.
Last edited: Today at 12:38 PM
Threadmarks
You must log in or register to reply here.
Top
Top