Clandango said:
@Marcus Sergius , I cannot see why the Chinese would yank away autonomy from the areas that did not go independent (though of course having much more 'Chinese' populations) and then giving that status to the new Korean area. For starters, I am unsure if it would be taken well by said Koreans. I say it would be ideal to add the areas I linked below, plus a few more perhaps. The Korean population in China apparently is very happy with being Chinese and speak the language in the same fashion as most everyone else in the country (as in it becoming more and more the default). Or were the autonomy for the other areas rolled back sometime during the decades before 2050? I don't see why Hong Kong tried leaving (it is now utterly worthless for if the Chinese decide to not trade with it) and both it and Macau probably would have lost any special privileges from the return agreement's time limits. And where did the Americans launch the attack from? Okinawa and areas of South Korea would surely have been glassed. How did the Europeans get Lebanon under its sway, anyways? Turkmenistan is also suppose to be perpetually neutral, for whatever that is worth. Ironic the Iranians had better luck in Turkmenistan that Tajikistan. I fully support the rump states shown for Denmark, Norway, and Sweden. Maine joining New Brunswick here?

Hong Kong is currently, and still is by the time of map a rather hotbed of Anti-Communist sentiment. The current Hong-Kong protests (As in the ones happening in 2019) result in an extension of the special privileges for the two cities for another 15 years, which when taken away cause a large amount of unrest again, culminating in them pushing to secede when the Chinese Coup happens. Macau is offered to join the ROC but due to business ties stays more as a Chinese puppet. Neither city is doing too well right now.

The Americans withdrew from most of Korea during the Civil War, which is what caused the North Koreans to want to invade in the first place. The FSA used several nuclear IBCMs from within facilities in the Rocky Mountains to launch attacks on the Chinese cities, a move which was condemned by all other US Civil War factions. The rump US Junta is part of WPTO, or the West Pacific Treaty Organization, which was one of the two successors to NATO as China rose on the global stage. The several facts including that they are part of this large alliance combined with the fact they've largely withdrawn from the Far East to consolidate their forces mean that China hasn't really wanted to launch a nuclear retaliation against the last Nuclear-Armed state of the US civil war (That being the Junta.)

Lebanon has worked hard to recover it's position as "Paris of the Middle East" and been largely successful at doing so. This means a rather large chunk of European Business connections operate within Lebanon as well as the large tourist industry courtesy of European sight seers. While Lebanon has some ties to the Ammon Group, it does not take part in the military alliance that Ammon has created, and largely looks towards Brussels rather than Riyadh or Istanbul.

Turkmenistan is neutral in theory still, but is aligned with Iran from a socio-economic perspective. They are fearful of Russia who is pushing pretty hard against that permeant neutrality, as well as having greater economic ties with Iran.

I don't get what you mean by the rump states of Denmark Norway and Sweden however?

Maine is apart of New Brunswick more or less for the reality of the situation on the ground. The people there were much more conservative than Vermont, at least the ones that were left anyways. They didn't support the FSA, but there were several FSA splinter groups that Canada had to mop up in the aftermath of the Nuclear Holocaust. To attempt to calm it down, it's been integrated into New Brunswick, though this situation is sorta like how Newfoundland-Labrador were admitted as one province, Maine being the Labrador side of things. It's status as a part of New Brunswick is largely unresolved and was only meant to calm the people down in the recent Canadian Election as they wouldn't join Vermont and didn't have enough people to be a province on their own but couldn't vote as they were placed under a military rule, and the Canadian Government felt that if they had their own provincial government they might try to secede, throwing the Canadian War effort in jeopardy. ​

A map of North America from my graphic timeline: 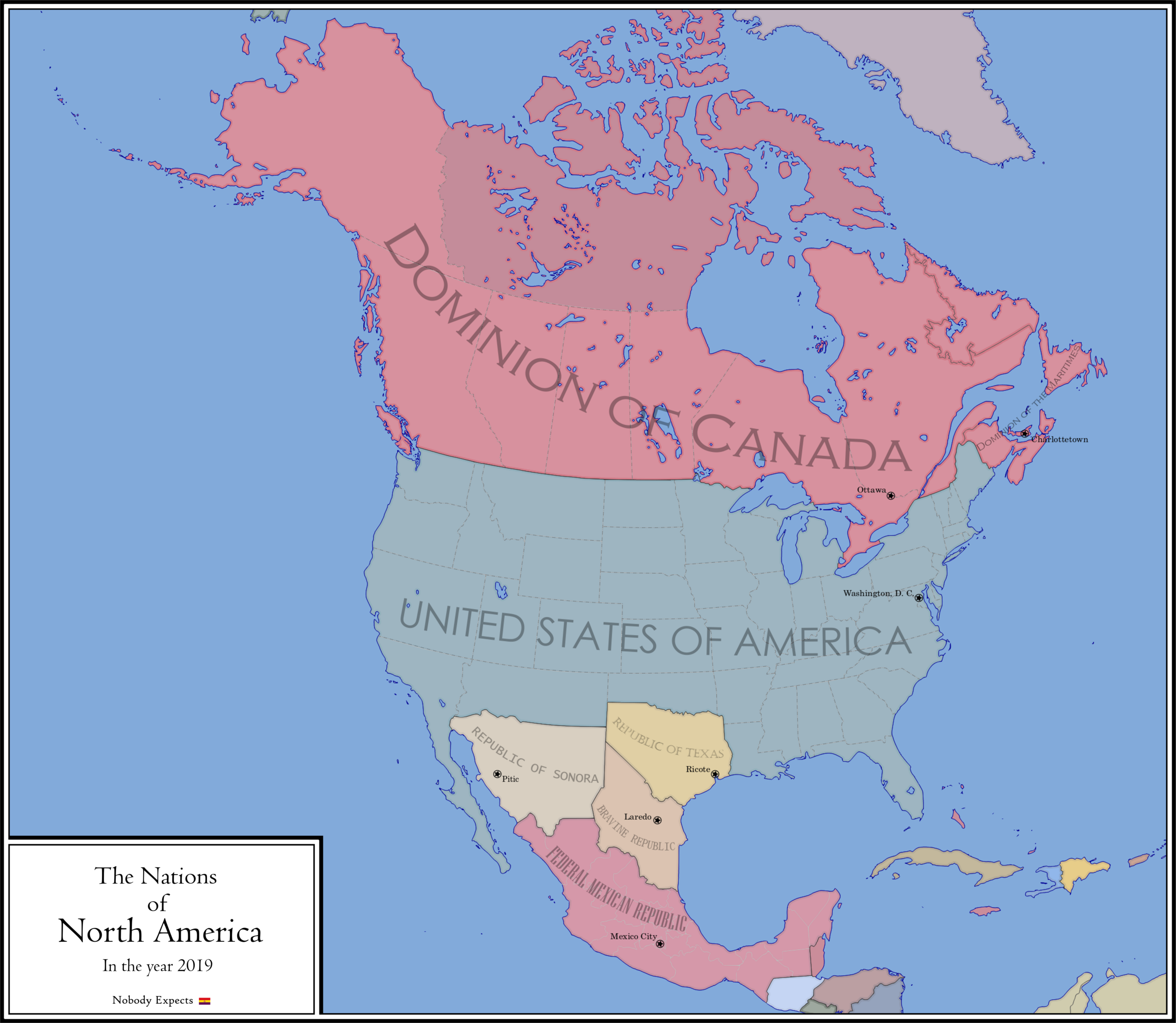 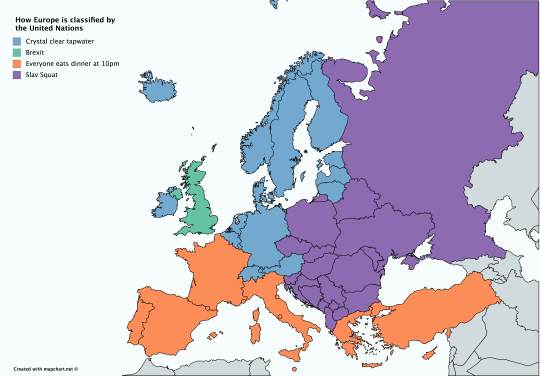 what is wrong with eating di...ohh you

Those are fighting words. 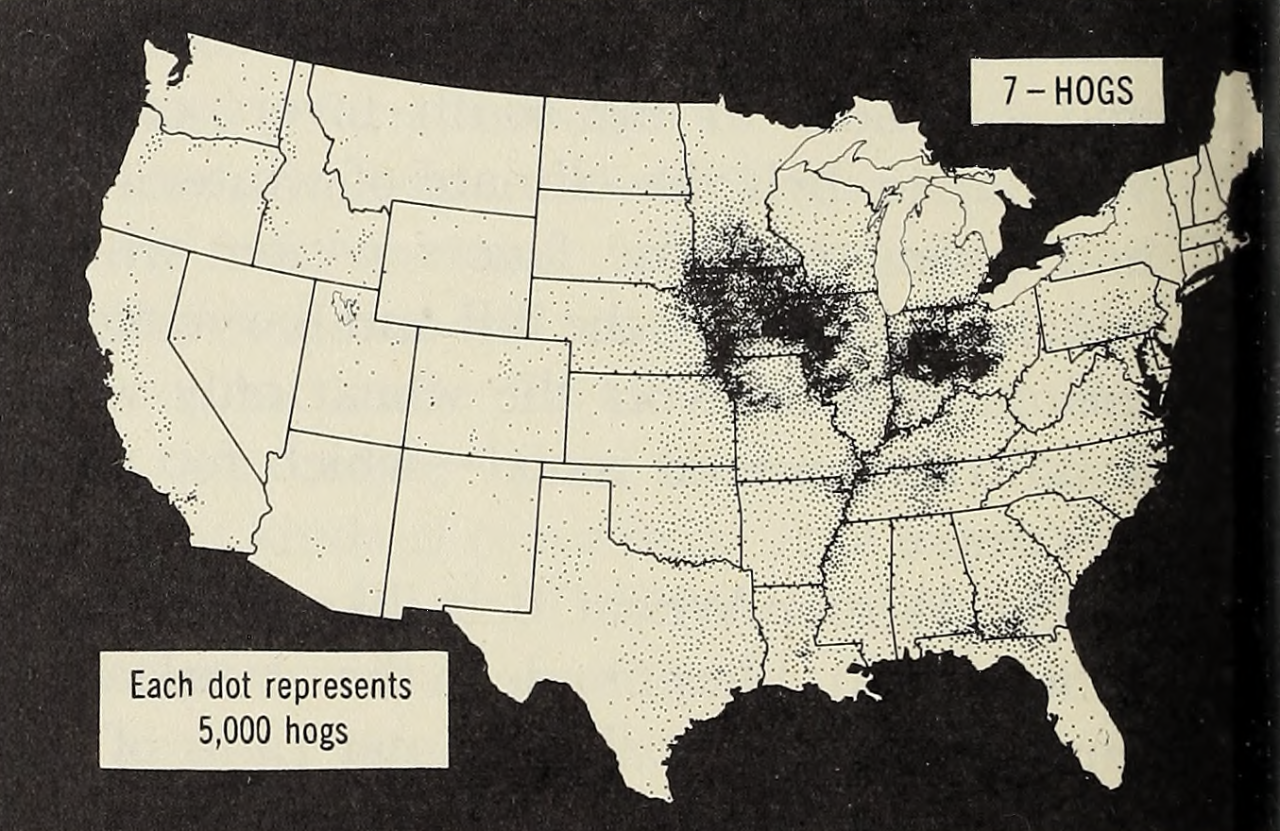 Each state is lined with an impenetrable wall of swine. We are trapped. We've lost Canada and Mexico to the hogs already, and they've taken the oceans too. Must America fall?

Each state is lined with an impenetrable wall of swine. We are trapped. We've lost Canada and Mexico to the hogs already, and they've taken the oceans too. Must America fall?
Click to expand...

I feel like stuff like this would probably be a better fit for the Shitpost Map Thread.

I don't fit into your little boxes. I will ruin literally every thread. Nothing except for even the slightest warning from an admin can stop me.

Further, he should've just posted the tumblr screenshot so as not to take credit

The Tiger of Asia.
POD: The Meiji Restoration never occurs in Japan, and instead occurs in the Hermit Kingdom.

The Korean Empire under the Joseon Dynasty was, inspired by Chinese and Pan-Asian alliance leaders whom of which learnt and studied in Korea would formulate the Empire of Korea to combat Russian, British, and French influence in Eastern Asia. With the humiliating defeat of the Russian Baltic Fleet by the Koreans after the first Sino-Korean war eventually destabilized most of Russia, resulting in a Civil War. This in turn established the Tiger of Asia as a enormous threat to European influence in China. The Korean Empire, however, did not hate the Chinese as much as the Japanese did so as in OTL, and as a result became business partners with them after the annexation of taiwan and other regions. Now, Japan. The Japanese Archipelago has, for quite some time, been under the dominance of the Tokugawa Shogunate, which is just how the Koreans like it. With Japan under a humiliating government it's a perfect opportunity to make the Japanese depend on the Korean Economy, as this would result in its submission as a puppet state of Korea.​ 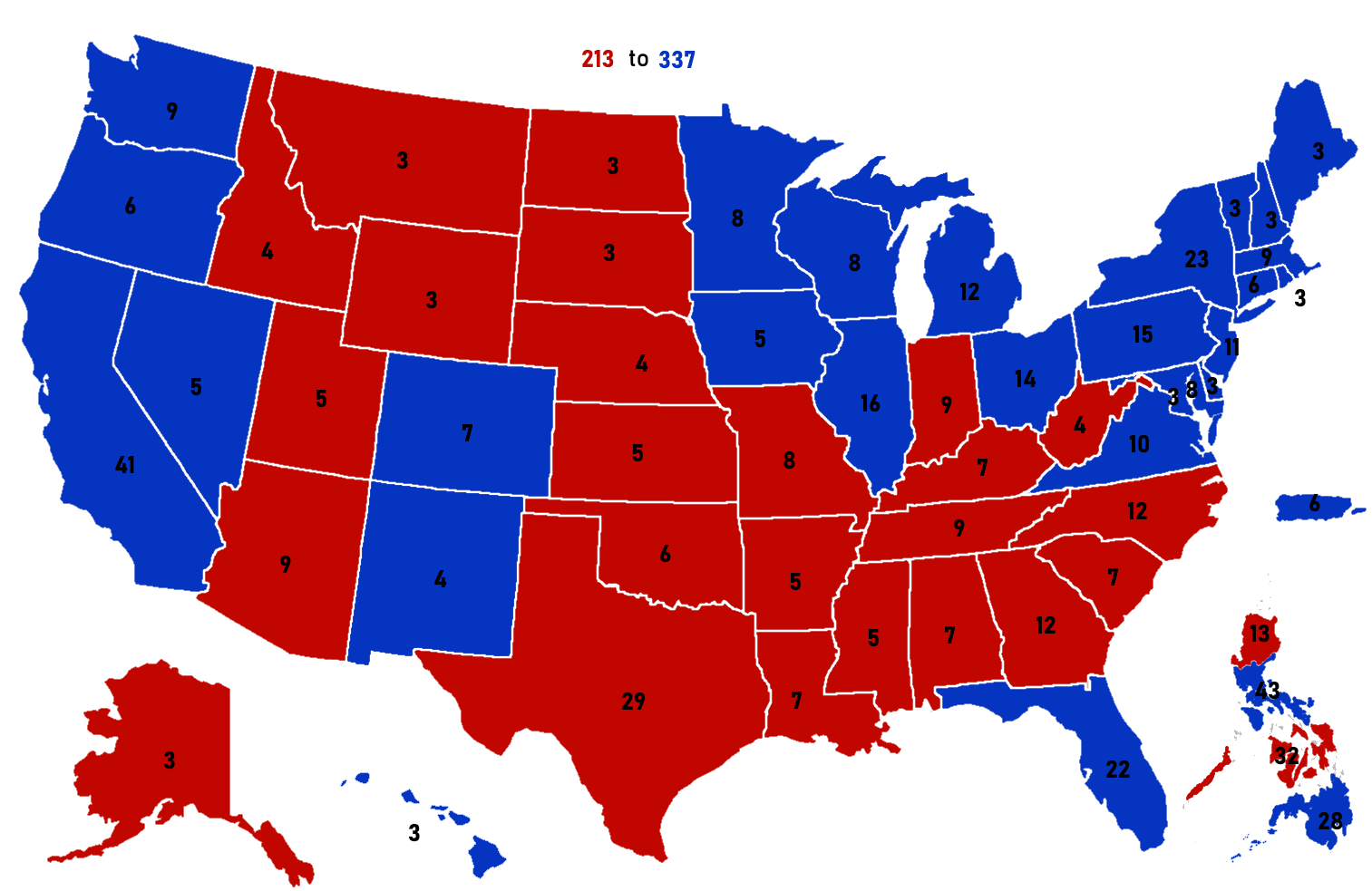 Decided to try out a timeline where the Philippines get admitted as a state in the aftermath of the Vietnam War due to continued occupation in the aftermath of WW2 until the Vietnam War , the candidates were last minute so if they aren't the best fit that's due to lack of planning. I might make a TL about this however I am currently tied down with a major TL project that should launch January 24th and also with school and other things. Hope you all enjoy!

Flashman said:
Further, he should've just posted the tumblr screenshot so as not to take credit
Click to expand...

I feel like that one's gonna be the one to do it.

Oxander said:
I feel like that one's gonna be the one to do it.
Click to expand...

Huh? How do you mean?

Flashman said:
Huh? How do you mean?
Click to expand...

Stating his name has about the same effect as saying Voldemort's in the seventh Harry Potter.

HeX said:
Stating his name has about the same effect as saying Voldemort's in the seventh Harry Potter.
Click to expand...

Is the @ his horcrux?

Omani Hawaii, because why not.

Star Eater said:
I don't fit into your little boxes. I will ruin literally every thread. Nothing except for even the slightest warning from an admin can stop me.
Click to expand...