Alternate 'Overlord' US Forces are swapped with British & Commonwealth, what's the consequences? 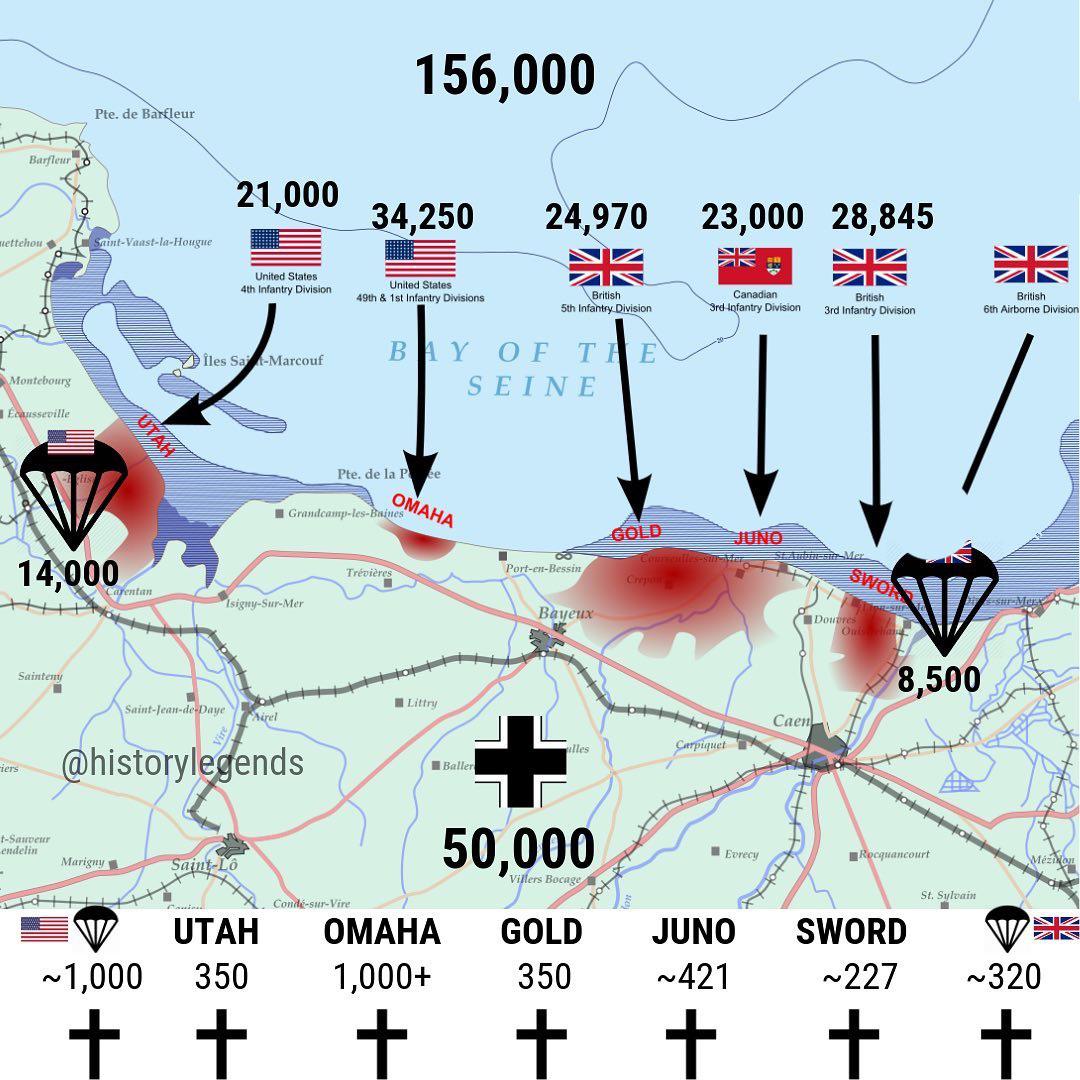 What if US Forces are swapped with British & Commonwealth Forces at D - Day, so each force does what the opposite did and face as in OTL??

What are the probable consequences with the alternate dispositions?
How different would the campaigns of both the British & US change?
How would the original landings change if the US had Gold, Juno & Sword beaches and visa versa?
What would be the effect of having alternate air drops compared to OTL?
What would be the effects on the German forces and their responses?
The POD lasts all the way through until the liberation of Paris

PS: Both sides still have to work with the same troop numbers, same weapons, same inventory as in OTL.

I take it the German forces are positioned as OTL.

Unless the US assault forces are beefed up it would be tricky to give them three beaches. But which two of the British and Canadian ones should they land on?

So probably Sword and Juno?

perhaps the priorities are changed, and instead of one landing beach on the Cotentin there are two, (it is large enough), so you have the forces that would have landed on gold and Juno instead hitting Utah and another beach further north with the intention of racing to capture Cherbourg as soon as possible. The Americans meanwhile go to Juno and Gold, and no landing is made at Sword.

Finbarr the Fair said:
I take it the German forces are positioned as OTL.
Click to expand...

sonofpegasus said:
However can you see the Americans pulling off Pegasus Bridge?
Click to expand...

No less likely than the British pulling off Albany and Boston.

sonofpegasus said:
However can you see the Americans pulling off Pegasus Bridge?
Click to expand...

Wasn't a major reason for the deployment that it reflected the other side of the channel better, i.e. it matched the locations of the forces and their supply dumps. If that was the case, switching it, will make logistics worse.

For the outcome of the landings it wouldn't make much of a difference. Maybe the British perform a lttle better at Omaha, because as mentioned they had more armour and a better grasp how to use the DD-tanks. With different beaches assigned, the forces will adapt to their mission, as @marathag suggest, the specific objectives will be trained for.

The big difference would be after the landings: the US forces get into the grinder at Caen, while the British at the breakout and Falaise gap. And obviously after that the US forces subsequently head north towards Belgium, the Netherlands and the north of Germany, while the British towards the east of France, the Ruhr and the south of Germany. This also would mean that after the war they get different occupation zones.

I wonder what would happen to Market Garden? Would it be performed by the US ground forces, or will Montgomery push for something else which involves the British forces?

Post said:
he big difference would be after the landings: the US forces get into the grinder at Caen, while the British at the breakout and Falaise gap
Click to expand...

Or the US take Caen on D+1, and Brits don't get hung up in the Hedgerows as much, with Funnies with modified Bullshorn plows quickly deployed.
ATL July is a bad time for the Germans across the board.
You must log in or register to reply here.
Top
Share:
Share
Top