Empire of New Spain (Look to the West)

The Empire of New Spain, also called the Empire of the Indies earlier on, is a state in Look to the West created by the Infante Charles of Spain and his younger brothers fleeing civil war and French invasion in 1803 and then setting up exilic rule in Spain's remaining American colonies.

The Empire was set up according to the Arandite Plan, a scheme that Charles' favourite the Duke of Aranda also drew up in a slightly different form in OTL, but was never implemented. The idea behind this was to divide the Spanish colonies into autonomous Kingdoms ruled by Charles' younger brothers, while he would be Emperor over them all and also King of Spain proper - the latter part in theory, as Spain had fallen to his older brother Philip VII.

Immediately after the Empire's founding, the United Provinces of South America, led by the radical President-General Castelli, invaded with the intention of “liberating” their former fellow colonies from “Bourbon oppression”. While initially enjoying limited success in New Granada, a Meridian attempt to invade the New Spanish centre of power in Mexico ended with the Meridian army being tricked and trapped in the City of Mexico while it was destroyed around them. Also, a blunder on the part of a Meridian captain meant Britain and the Empire of North America entered the war, swiftly destroying the Meridian Armada and ultimately resulting in the UPSA's defeat.

The aftermath of this Third Platinean War resulted in New Spain gaining Peru from the UPSA thanks to a conservative uprising in Lima. Peru was adjoined as a fourth kingdom and the New Spanish engaged in destroying the restored Tahuantinsuya (Inca) state there. With the situation in Spain having changed, the country divided between Castile under Philip VII's son Alfonso XII as a puppet of the Portuguese and Aragon under the Neapolitans, New Spain was for the moment forced to remain a purely exilic nation. She fought the Philippine War against the Portuguese-Castilians between 1817 and 1821, ultimately losing.

Since the City of Mexico was destroyed in the Third Platinean War and rebuilding was a long and slow process, the Imperial capital was moved to Veracruz.

Kingdom of Mexico - From Far California down to Mérida, the most powerful of the four kingdoms. Ruled by King Antonio I until 1846 when he died and was succeeded by his son as Antonio II. After the destruction of the City of Mexico, the capital was moved to the new town of San Francisco in order to help focus government matters on the settlement of the Californias, which were being encroached upon by Russian and American trading companies.

Kingdom of Guatemala - From Chiapas down to Costa Rica, this small kingdom was compensated by also being given authority over overseas possessions such as Puerto Rico and, until their loss to the Portuguese-Castilians, the Philippines. Ruled by King Ferdinand I. The capital is San Salvador.

Kingdom of New Granada - The site of much of the Third Platinean War, consisting of all Spain's remaining South American colonies at the war's start. Ruled by King John I. The capital is Santa Fe de Bogota.

Kingdom of Peru - Incorporated into the Empire after the Third Platinean War, consisting of territories conquered from or in rebellion against the United Provinces. Also includes the region formerly an autonomous Tahuantinsuya state under the Meridians, conquered and suppressed between 1809 and 1820. Ruled by King Gabriel I until 1838 when he was succeeded by Francis I. The capital is Lima.

During the Pandoric War: Charles VI

The flag of New Spain combined the colonial Cross of Burgundy with the colours of Spain proper arranged in a Christian cross. The resemblance to the British Union Jack is probably coincidental. 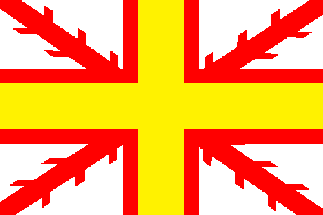 In the 1820s and 1830s, each Kingdom was also granted its own flag, which are on the same pattern: a diamond layout with a symbol appropriate to the Kingdom in question and a Spanish acronym for the name of the Kingdom underneath.

Kingdom of Mexico: The Aztec symbol of an eagle on a catcus with a snake in its mouth (as also used by OTL Mexico). 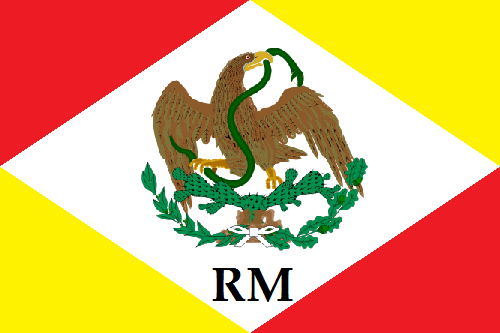 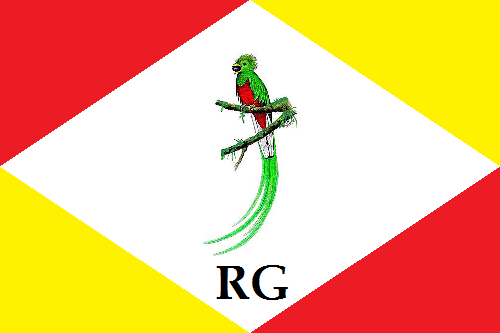 Kingdom of New Granada: The long-granted coat of arms of Santa Fe [Bogota]. 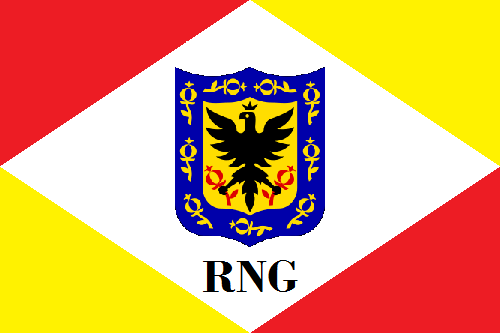 Kingdom of Peru: The cinchona tree, source of the kingdom's valuable quinine exports. 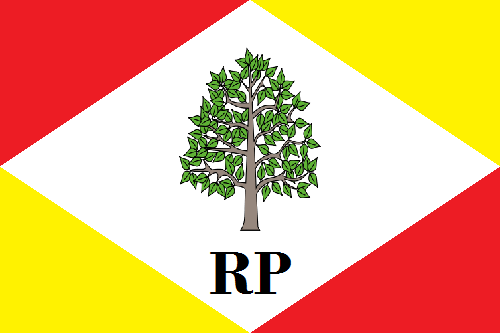