New Liberal leader and incumbent PM Pierre Trudeau transforms a minority into a majority government, in part due to his personal popularity ('Trudeaumania'). 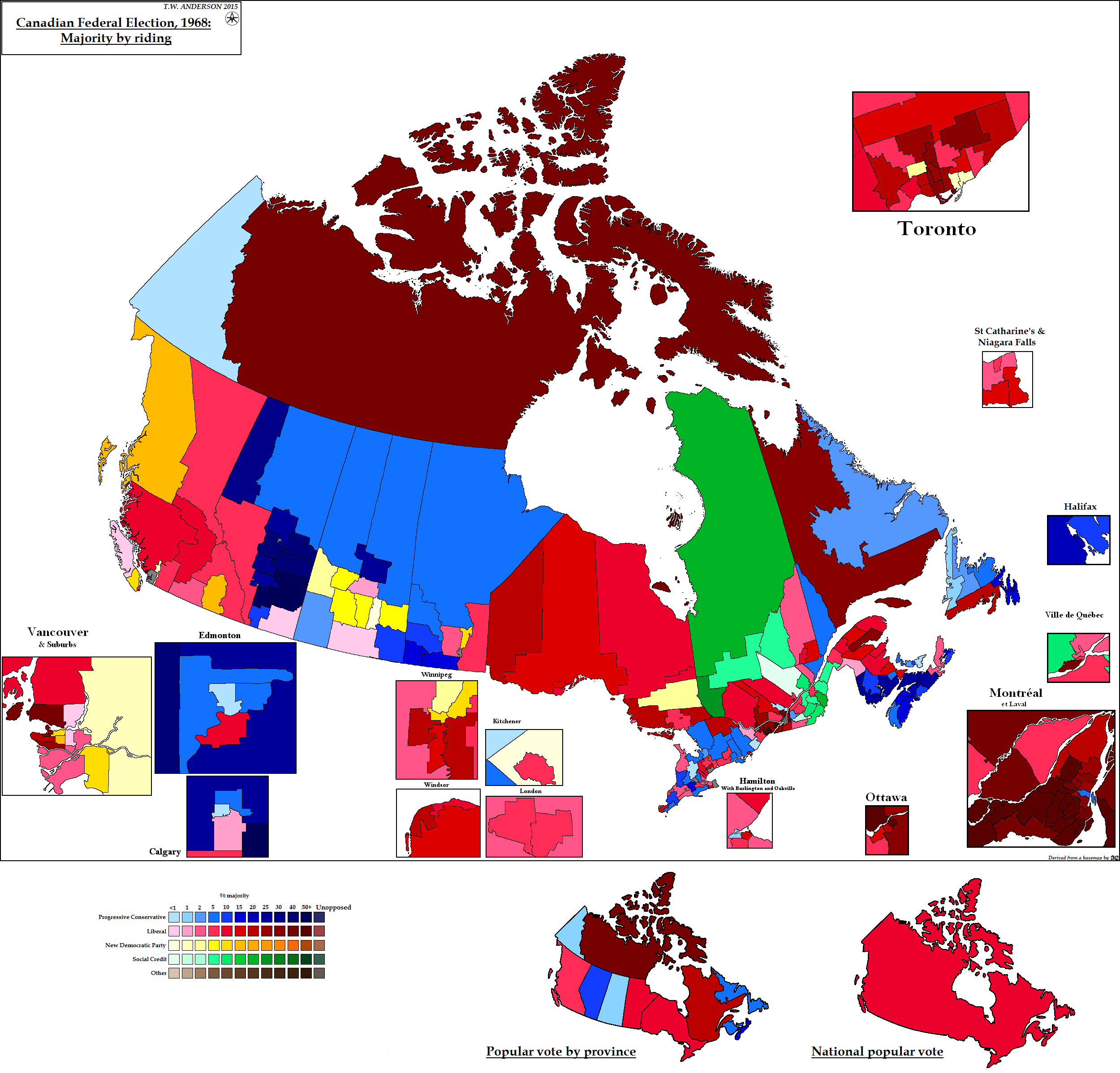 A slumping economy and the unpopular policy of official bilingualism leaves Trudeau's Liberals only two seats ahead of the Progressive Conservatives, but he continues as PM via a minority government. 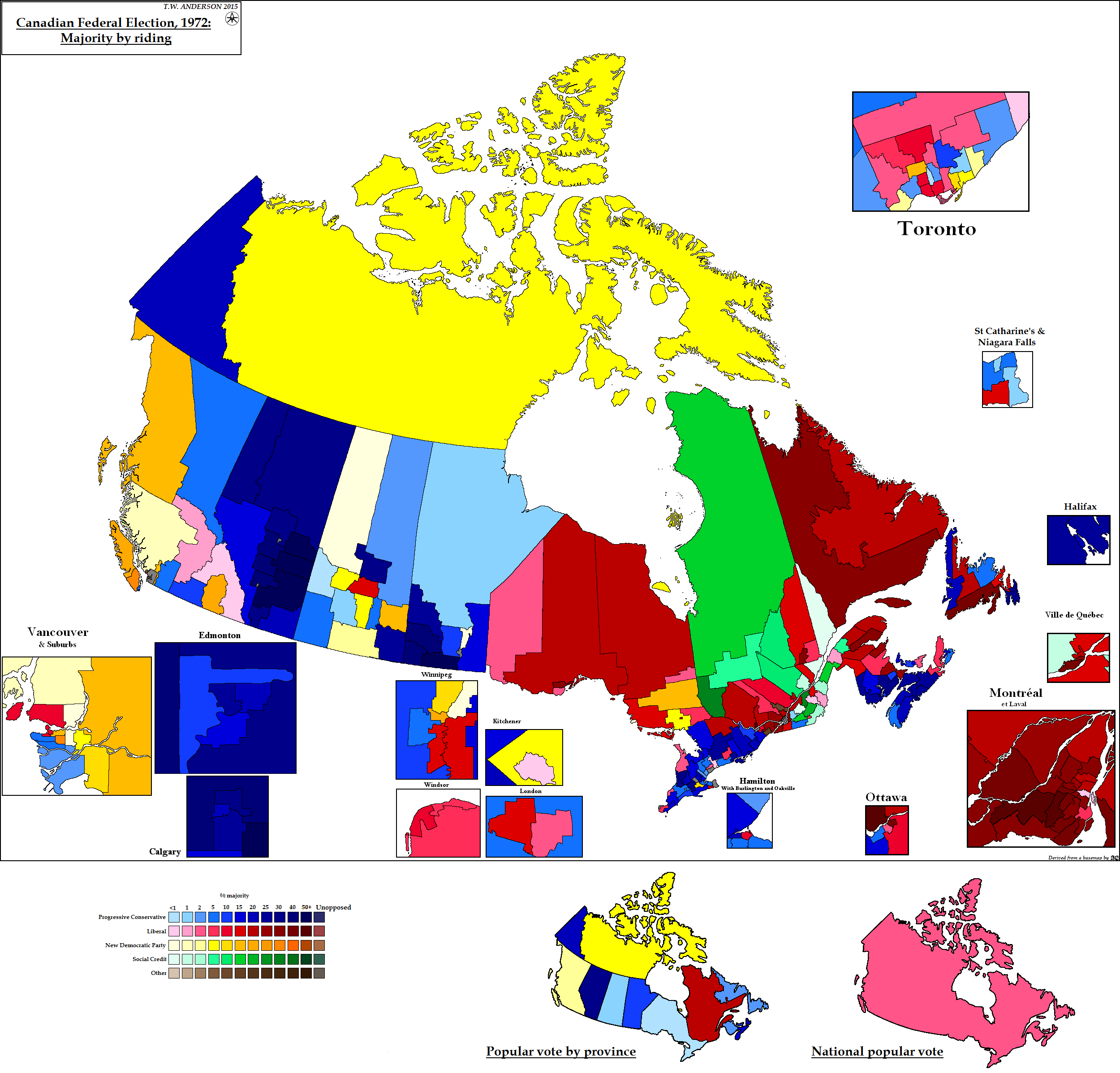 Trudeau regains his majority in an election largely fought over spiralling inflation. 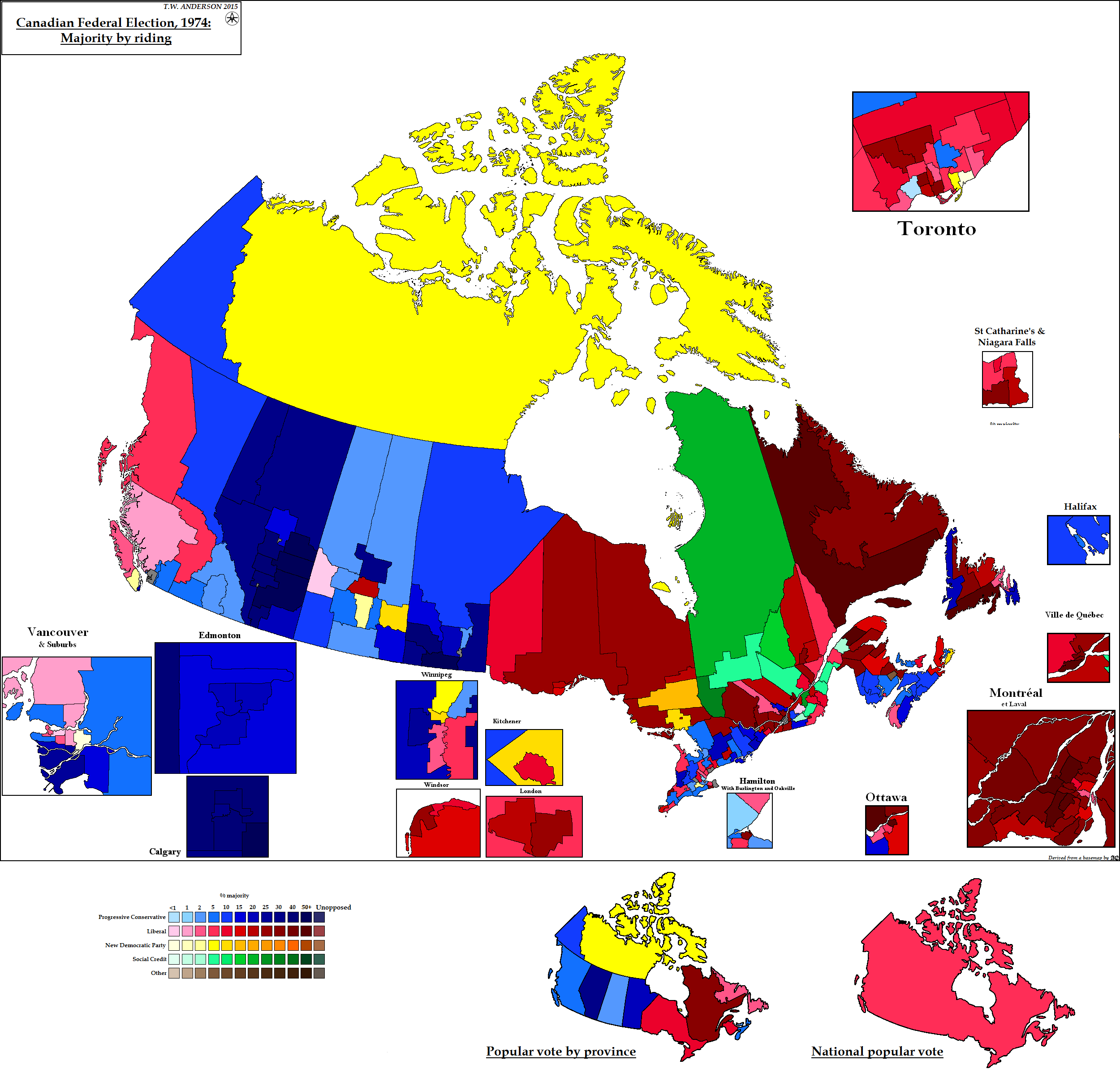 The first election which the Conservatives fought as a reunited party, but Paul Martin's Liberals remain the largest party and form a minority government 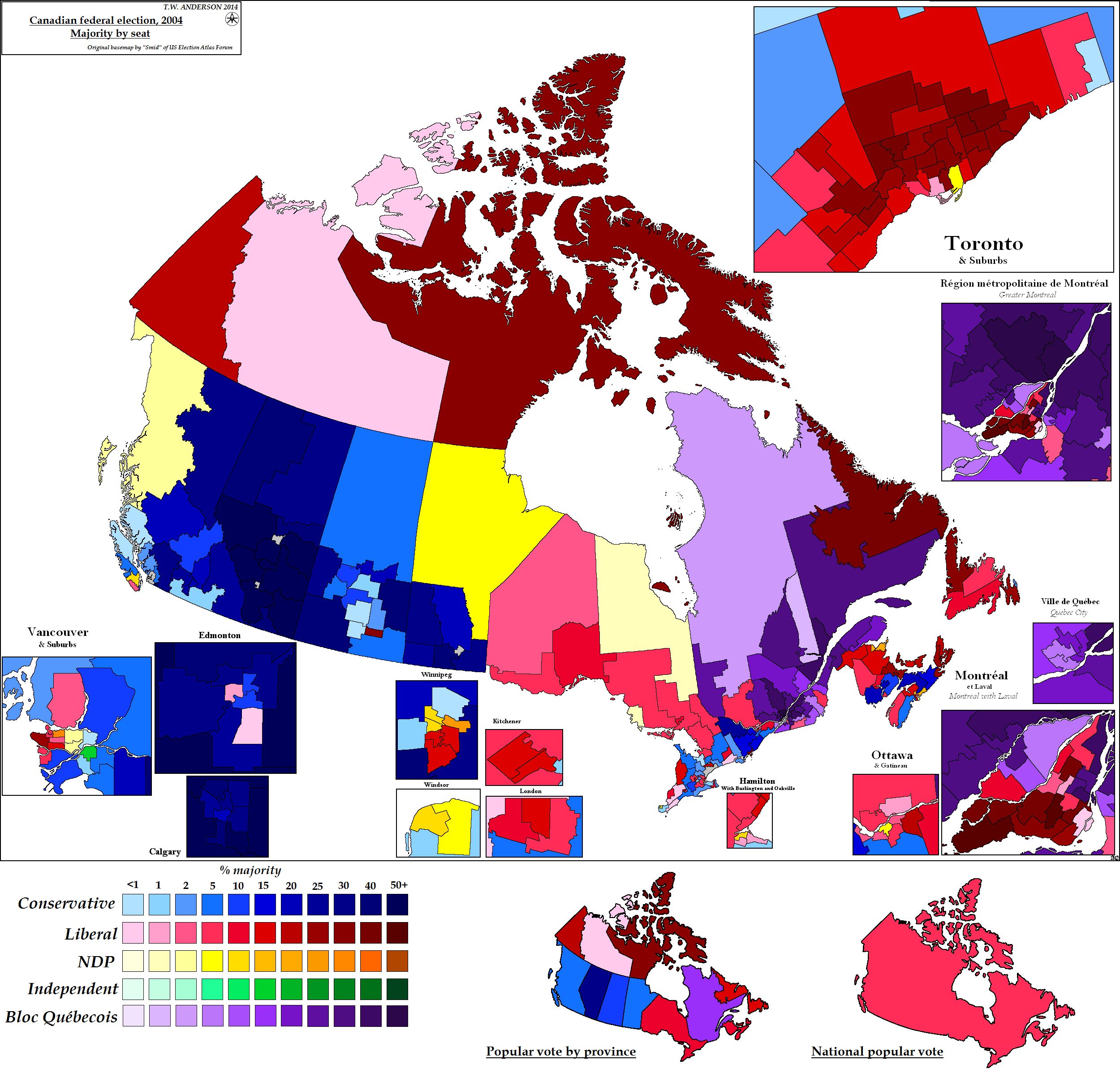 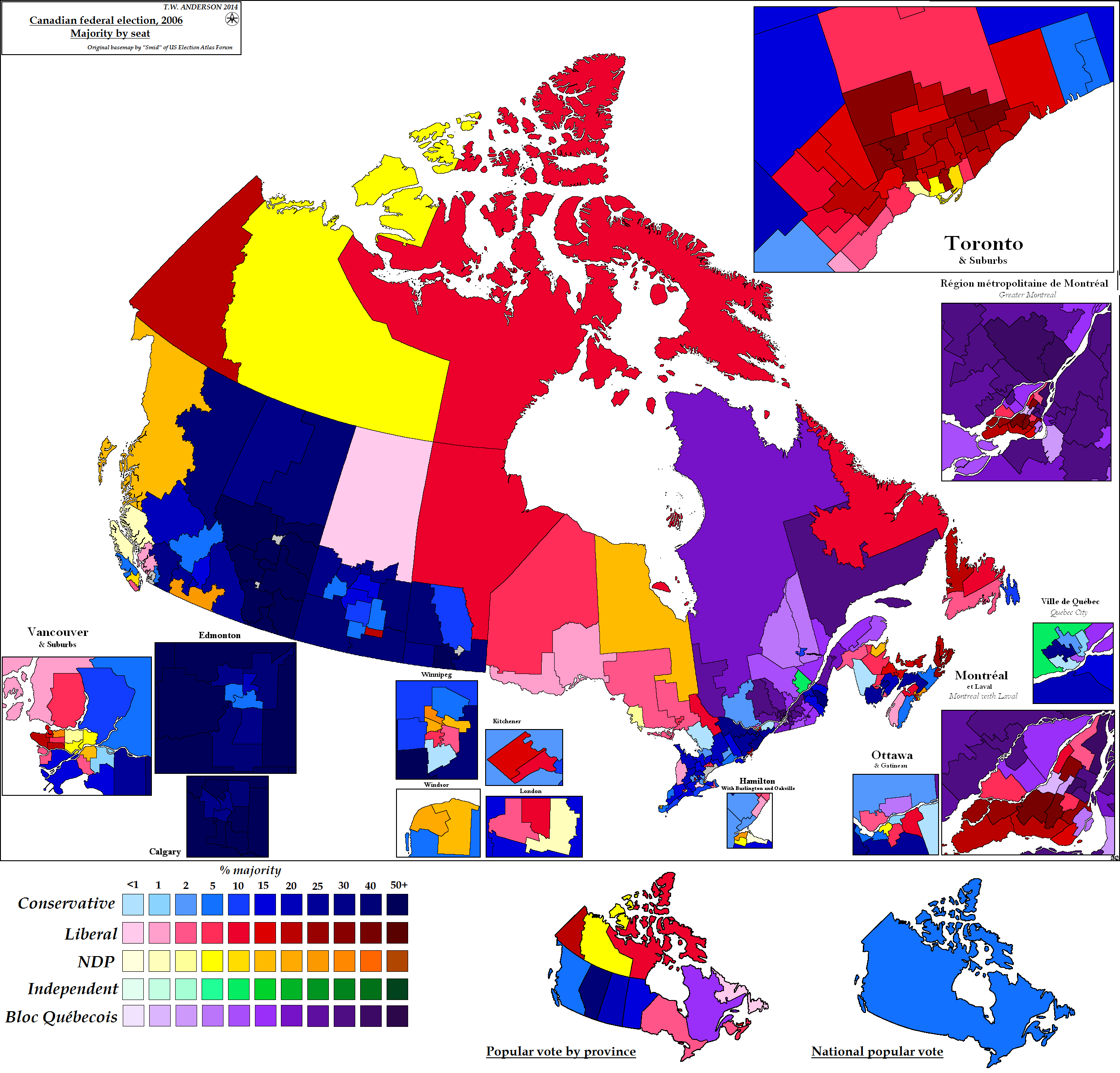 Stephen Harper's Conservatives make gains but remain short of a majority, while the Liberals suffer losses under Stéphane Dion 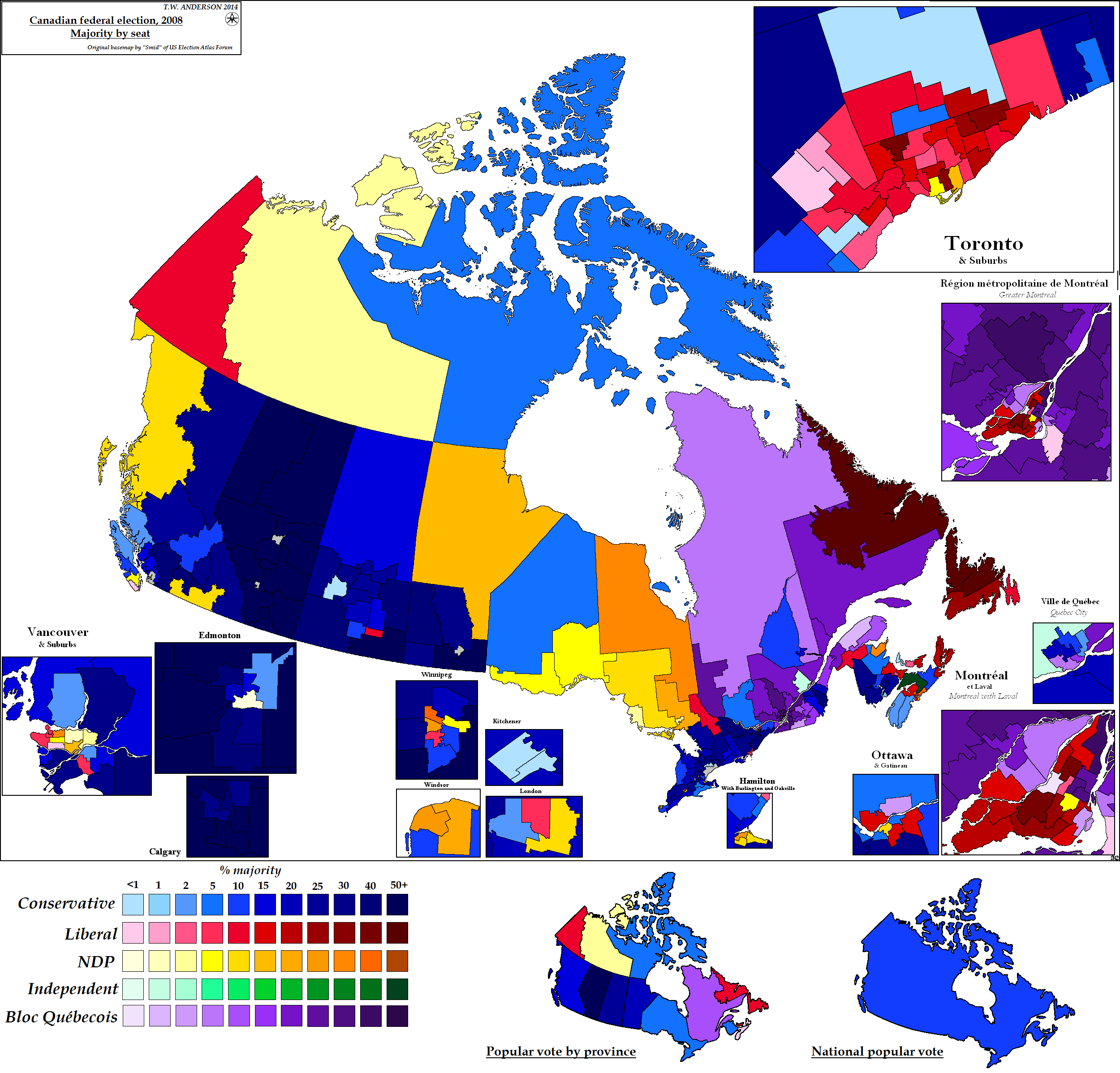 In a very dramatic election, the Conservatives win a majority, the NDP smash the Bloc Québecois and achieve Official Opposition status, and the Liberals are reduced to a third party for the first time in Canadian history 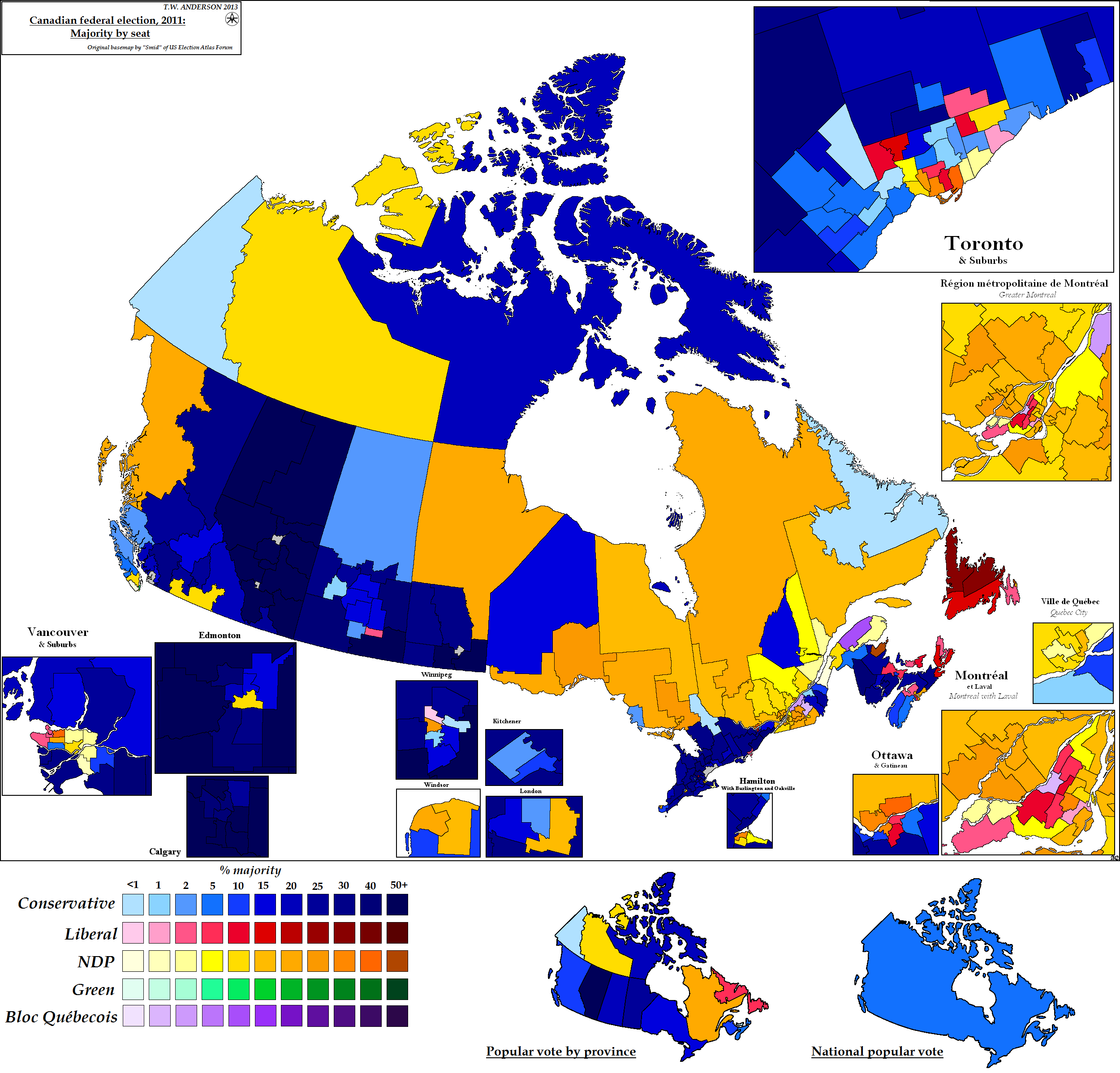