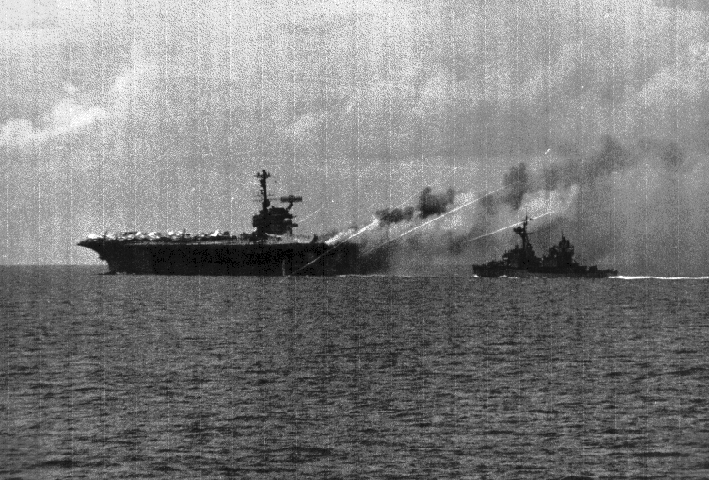 The aircraft carrier USS Bastogne on fire after a direct hit from a Chinese Missile Boat north of the island of Luzon, circa 2072.

Sunstone77 said:
This feels more like Red Alert 3 then Fallout. I can buy Japan going hard on technology to save them but being able to challenge China and the USA to such an extent feels rather wank-y
Click to expand...

Less so Japan advancing and more so the United States and China bleeding each other dry. IIRC the casualties on both sides during the Sino-American War were in the millions (before the bombs), both nation’s economies are entirely focused on the war, and both teetering on societal collapse. If the bombs didn’t drop, I really doubt either power could ever fully recover.

Test demonstration of the K1 Crusader Robot, 2067. A British attempt at homegrown military robots to compete with the likes of the american Protectrons or chinese Liberators, the K1's also served as a desperate attempt at keeping to keep law and order and the economy afloat as the European Commonwealth tore itself apart. Manufacturing and deployment of the K1's were stymied by the Resource Wars and ever increasing energy rationing, with most of their limited numbers being assigned to the protection of high priority or top secret locations. Even after the atomic fire of the Great War, many of these metal monstrosities still prowl the wastelands fulfilling their duty to King and Country 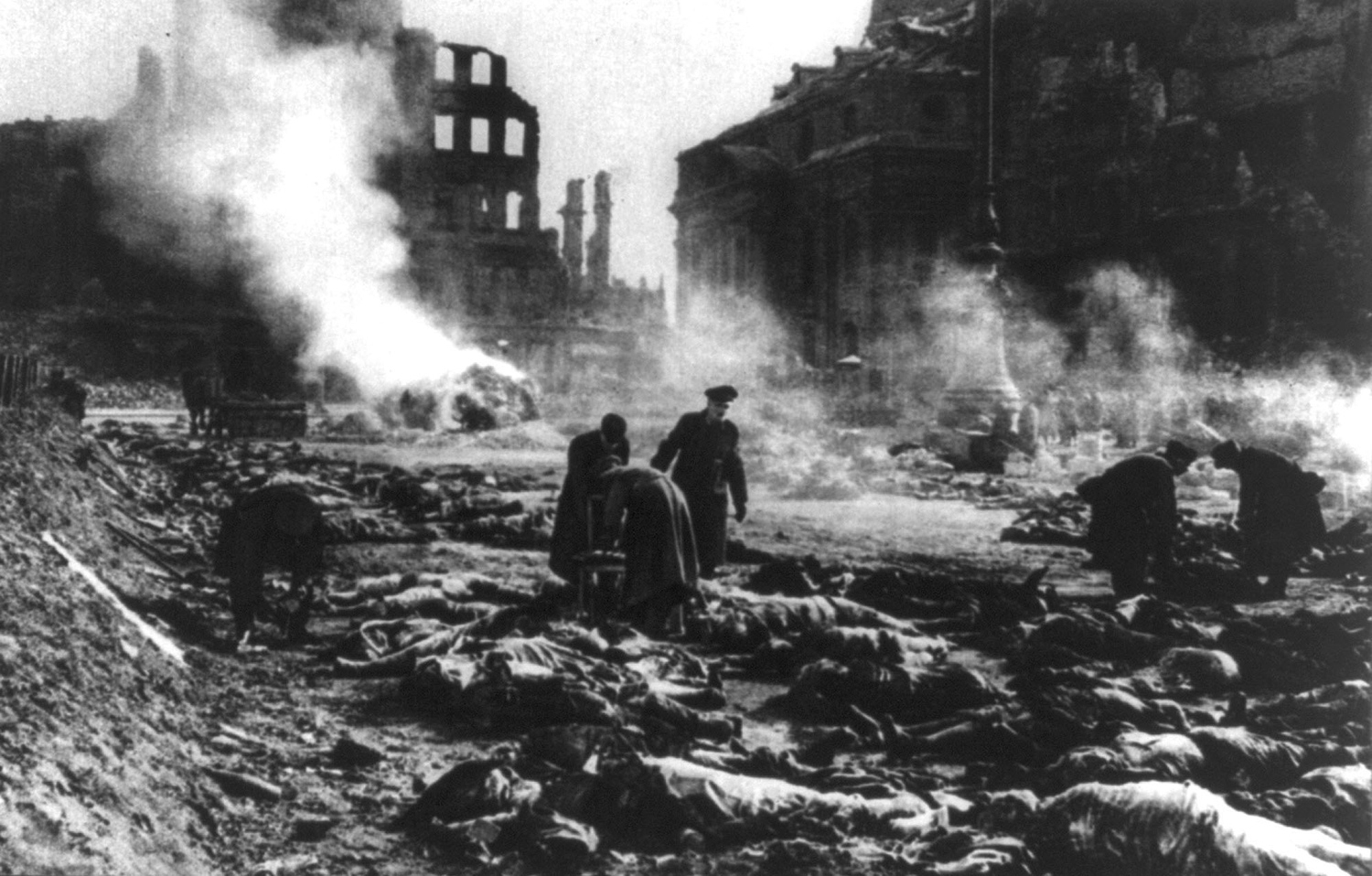 A rare photograph of the immediate aftermath of the atomic bombing of Moscow, circa 2077. 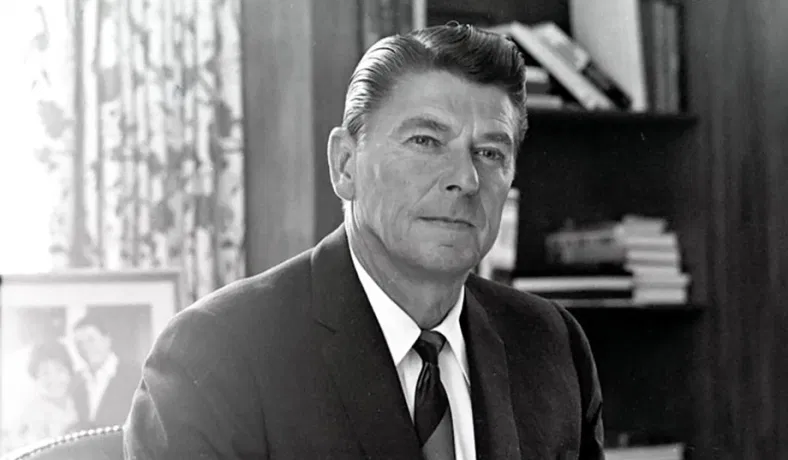 Ronald Reagan, 36th President of the United States. Reagan got his start in politics in 1962 when he ran for Congress for California's 26th district as a Democrat. He managed to upset James Roosevelt, son of Franklin Delano Roosevelt, and was easily elected to two terms in Congress. He established himself as the leader of the "hardline hawks" faction within the Democratic Party and formed a close personal relationship with his Senate counterpart, Scoop Jackson.

Reagan gained more notoriety in 1966 when he pulled off his second upset of his career and narrowly defeated incumbent governor Pat Brown in a bitter primary, and managed to defeat former San Francisco Mayor George Christopher in the subsequent election.

As the 1968 Democratic National Convention neared, Reagan emerged as one of the strongest contenders, fighting for the nomination against Minnesota Senator Hubert Humphrey and New Jersey Governor Richard Hughes. Reagan ultimately prevailed after securing support from both the southern delegations and labor unions (as a former union leader himself), and selected Washington Senator and longtime confidant Henry M. Jackson as his running mate. Reagan and Jackson swiftly won the 1968 presidential election, ending 16 years of Republican rule.

The Reagan years would be remembered for the United States' greatest economic performance in history, being revered even after the Great War. The Soviet-American detente also began under the Reagan administration, as well as thwarting the People's Republic of China from ousting Taiwan from the United Nations, a decision that would rupture relations between Beijing and Washington for decades to come. Ultimately, the Taiwanese Crisis of 2026 would end the dispute and the communists would take over Formosa/Taiwan, and take the Chinese seat in the United Nations.

Reagan would be succeeded by Scoop Jackson in the 1976 election, who would go on to serve one term as president. 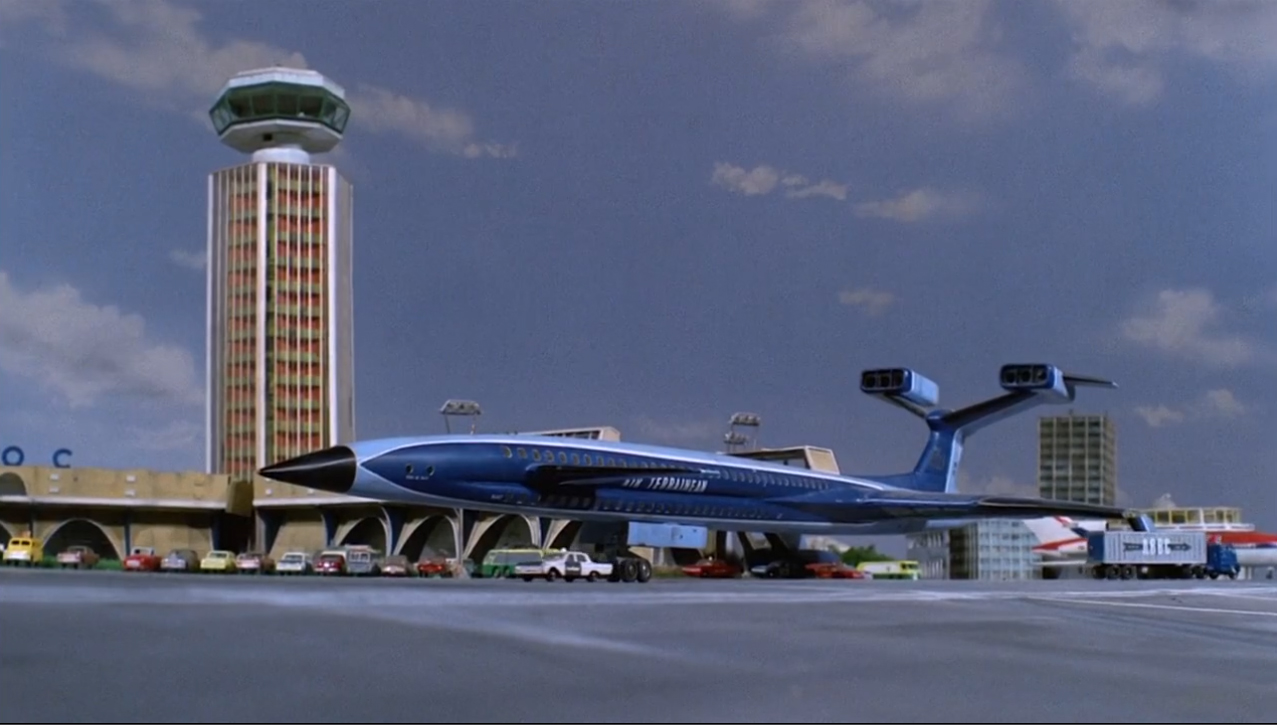 An Air-Terrainean Fireflash taxing through the busy New York International Airport, 2051. Designed and built by ArcJet Systems, the hypersonic Fireflash was considered the pinnacle of civilian aircraft design, its tail mounted engines capable of pushing the plane to speeds of Mach 6 and able to crossing entire oceans or countries in virtually no time at all and in the height of luxury. However, several accidents, terrorists incidents, the deteriorating global relations and collapsing energy market as a result of the Resource Wars would doom the Fireflash as many of its most popular and profitable routes and customers disappeared overnight. The failure of the Fireflash would bring ArcJet to the verge of bankruptcy and push the company into making several risky gambles on US government contracts such as the Stingray Deluxe fighter program and the USSA Mars Shot Project

Robot-gardener from the beginning of the XXI century. 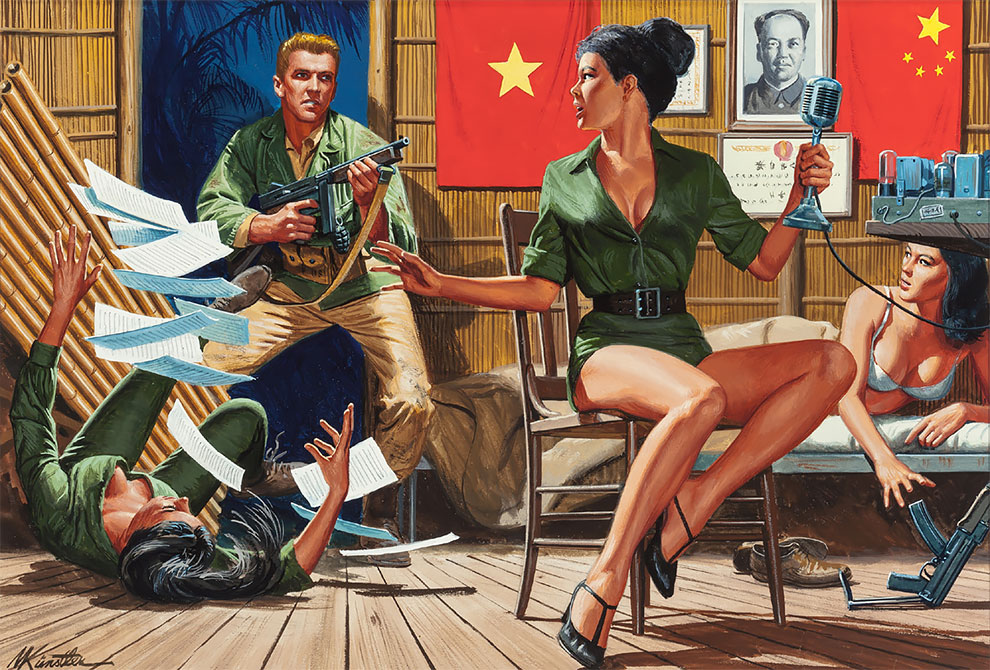 An American Marine breaks into a Chinese women's barrack. 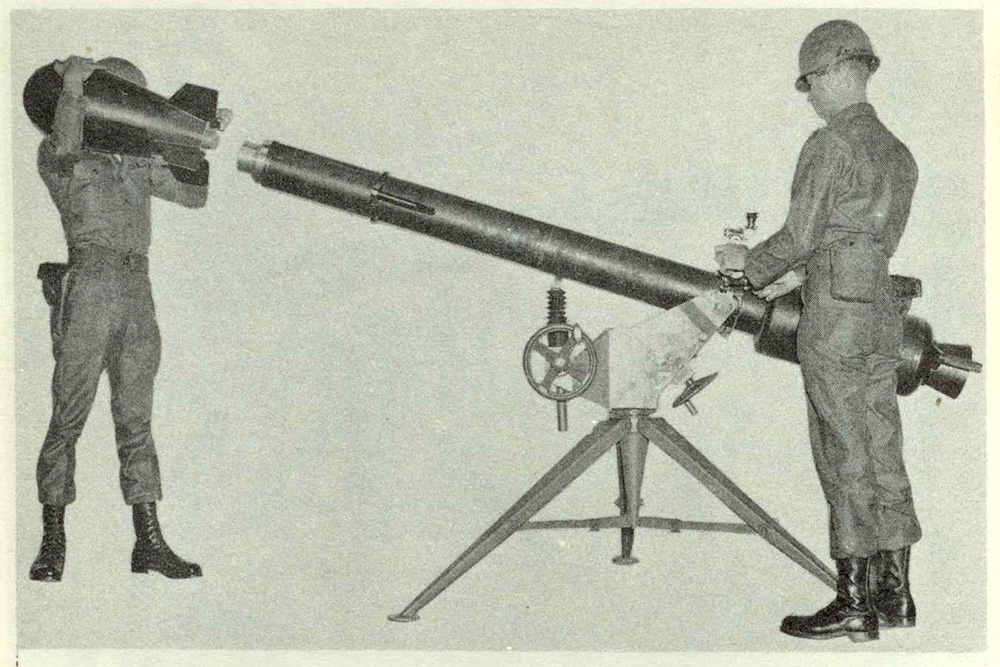 A photograph of the M29 Davy Crockett, which was the US Military's Standard Issue battlefield nuclear launcher from 1962 until it's replacement by the M65 Fat Man in 2033.

Publicity photograph of the Finnish governmental bunker entrance, circa 2075: 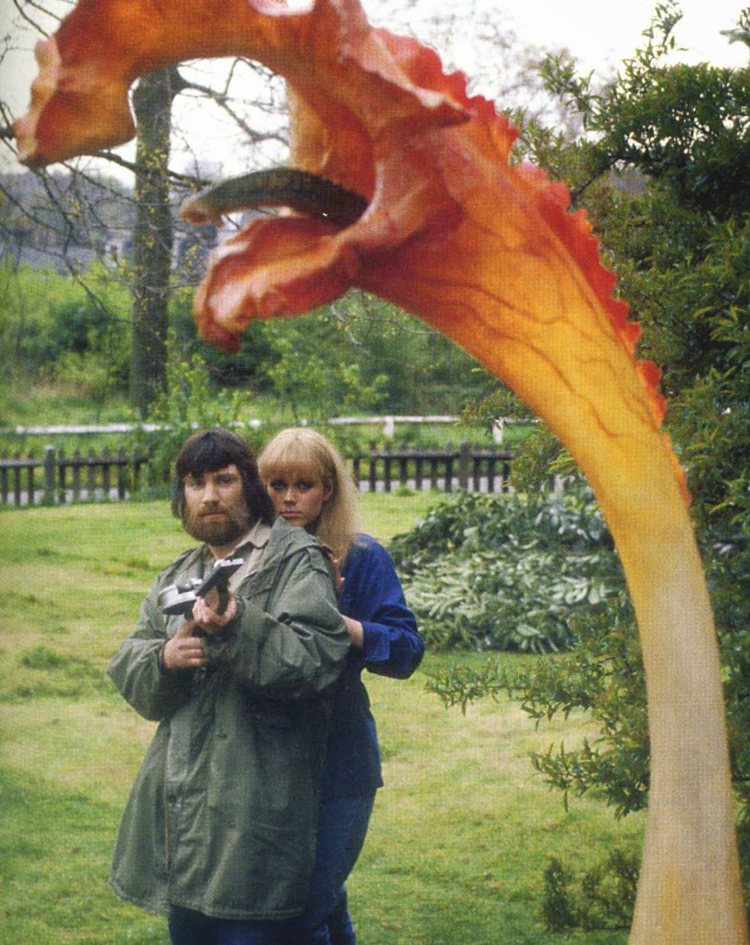 British survivors seconds prior to gunning down a Strangler. A large, mobile (if slow) carnivorous plant, Stranglers plague the British countryside with the ability to spit corrosive poison and powerful flailing root appendages. Despite their deadly nature, several useful materials can be harvested from them including flammable oils and poisons.
Last edited: Apr 10, 2021 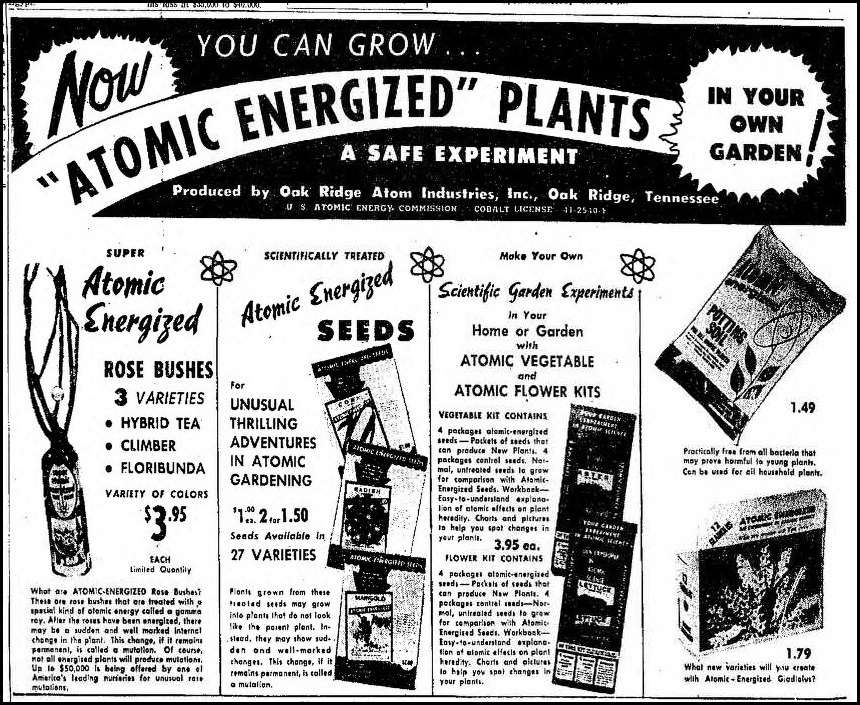 At least for me personally, I just find it difficult to find pictures that feel like they fit with either the aesthetic or tone of the Fallout world, hence loss of interest 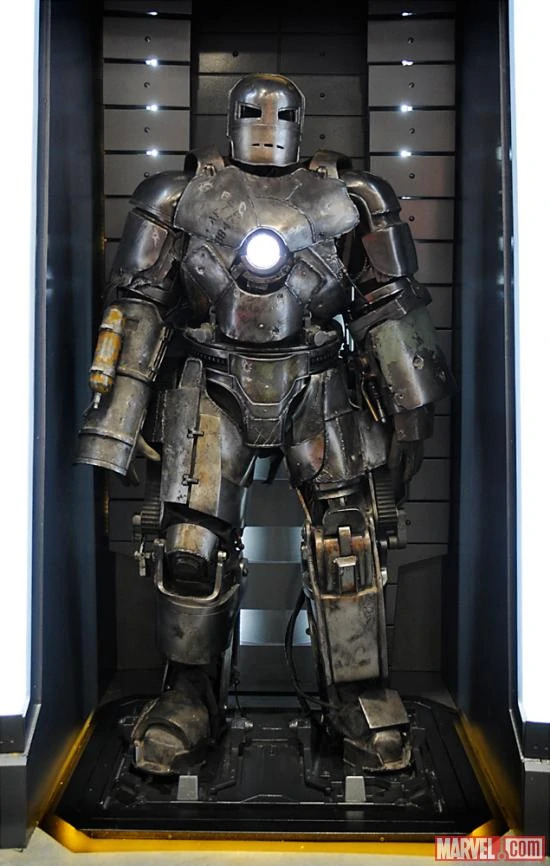 Early West Tek power armor prototype in a museum display stand. Despite it's ramshackle appearance, the suit (later dubbed the T-25) served as a testbed for many of systems which would become the T-45 armor 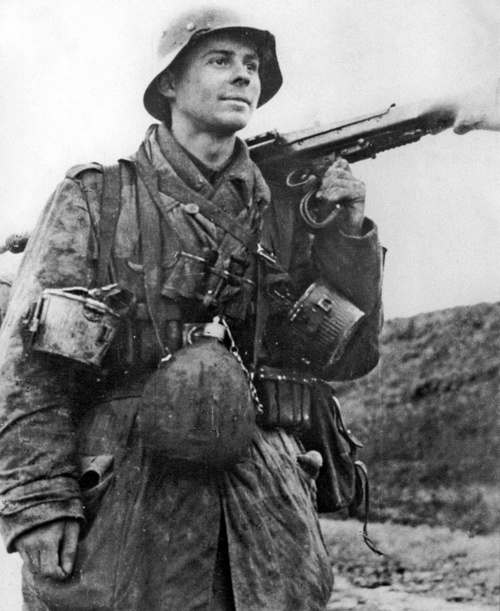 A soldier with an MG-3 of the Fourth Reich patrolling the German Wasteland, circa 2267-2270?

The fall of the European Commonwealth would led to the rise of various Neo-Nazi and Neo-Fascist Militias, mostly in Northern Italy, Austria, and Southern Germany as they all fought against remaining EC forces and other rivals to create a Fourth Reich. Years after the Great War, many of these surviving militias would merge to form the so-called Fourth Reich out of the ruins of the city of Rosenheim, and ever since would conduct a series of brutal wars against their rivals to expand their Reich's territory. By the 2287, the Fourth Reich spanned from the Austrian Alps to the south, Biberach to the west, the banks of the Danube near Ingolstadt in the north, and to the east, near the ruins of Linz. The ultimate goal of the Fourth Reich was to unify Germany under the banner of National Socialism and to also purge the so-called "undesirables" from the new Germany, which included Jews, Communists, non-whites, Slavs, and mutants, exterminating them in various concentration camps. 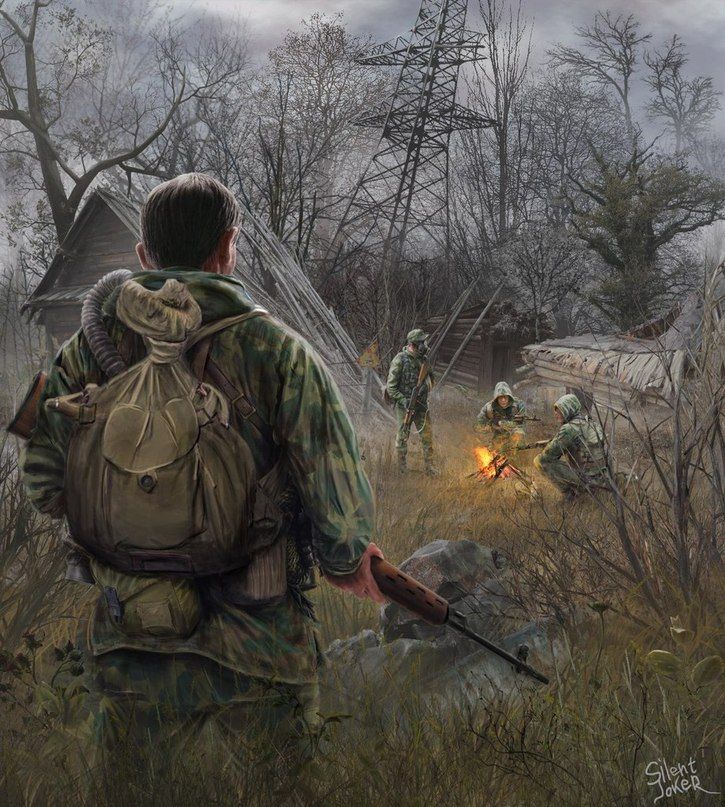 A group of wastelanders or locally known as Stalkers gathered around a camp fire in the Bryansk region of the Russian Wasteland, circa 2210s.

Cars! Specifically, Corvega-chassis police cars from the Pre-War Capital Wasteland, based on templates by Pan-Chemlon over at dA. There's some buses too, also based on Pan-Chemlon's template. Some differences between OTL and Fallout universe:

Due to butterflies caused by the Fallout universe's 1940s POD, the City of Takoma Park was never ceded to Montgomery County in the 1990s; ergo it is still part of Prince George's County in 2077 in the Fallout universe.
The DHS was never established as due to butterflies resulting from the 1940s POD 9/11 as we know it never happens in Fallout's universe. Ergo, the Federal Protective Service is still part of the GSA in 2077 since the DHS does not exist.
As 9/11 never happens in this universe, the Defense Protective Service was never reorganized as the Pentagon Force Protection Agency and is still called that in 2077. Likewise, CBP is still called USCS, ICE is still INS, and the USBP is still part of the DOJ.
Also due to butterflies, the USAF Security Police was never renamed to the USAF Security Forces in the 1990s so it is still called that in the Fallout universe's 2077.
Not sure if the state trooper cars are canon as discrete US states don't exist in Fallout's universe, but I included them here since I thought they looked kinda neat (and FO:NV had state troopers; the NHP and CHP are in the game).
The NPS and USBP are not really fitting for the Capital Wasteland's setting, but since most of the other Fallout games are set in the Southwestern US where they'd be more commonly seen, they are included here.
I'm taking it the Corvega had a long production run, a la the Ford Crown Victoria (1991/1998–2011) which it seems to be a close analogue of in the Fallout universe, hence why it appears across 3 decades (also I was too lazy to use different cars). 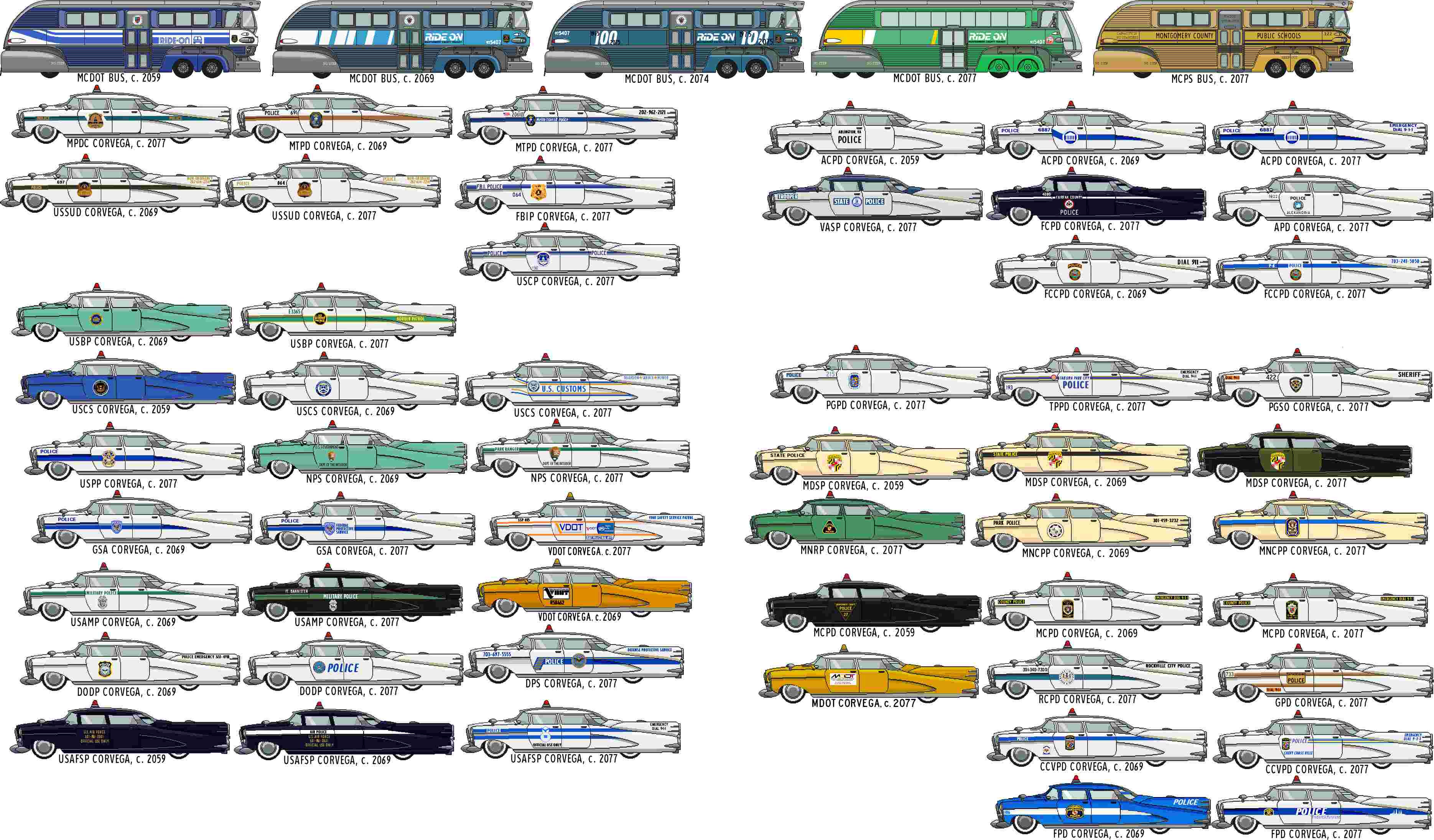 An NCR ranger in Nevada:

Photograph of pre-war New York City, circa 2076. The city had a population of roughly 20,000,000 before the bombs were dropped. The entire city was leveled and the population decimated due to its industrial, economic, and population importance. Roughly 10,000 inhabitants who were not in vaults survived the war.
Click to expand...

OOC: For a 1973 painting, it's not all too far off the mark. Some of those fictional buildings look a bit like newer skyscrapers built in NYC in the past 10 years (e.g. the Central Park Tower, Steinway Tower, 432 Park Ave, etc.).
Last edited: Feb 8, 2022

Soldiers of the Schwarz Reich during a street battle in Munich, circa 2075.

The Schwarz Reich (literally Black Realm or Black Empire) was a breakaway faction of the Euro-German turned German Army that became a not-so-secretly fascist movement to take over Germany and build the Fourth Reich. General Helmut Hoffmann, Supreme Commander of the Army and the Volksführer, built a cult of personality around himself and the famed nationalistic leaders of Germany, namely Bismarck, Frederick the Great, and in some circles, [REDACTED]. By 2077, they had largely taken over much of Germany, fighting off French communists in Alsass-Lothreigen more often than they were fighting the German Republican Army. Even when the United States and China destroyed themselves in nuclear warfare, the European Civil War dragged on and it seemed like Hoffmann would secure his grip on Germany, and this was the case for a few weeks before the ecological effects of the Great War spread across the world. The nuclear war had ripped holes in the ozone layer and millions of tons of ashes were released into the atmosphere. These ashes blocked out the Sun in some parts of the globe, which provided temporary shelter from the brutal UV waves from above, but soon famine and radiation sickness swept the globe, and with it, Europe went quiet with the rest of humanity.
You must log in or register to reply here.
Top
Share:
Share
Top