The King in Yellow and Other Stories: A President Lovecraft Weird Fiction Timeline in Several Acts

Threadmarks
Reader mode
The King in Yellow: The Conspiracy Against the Human Race

*A Note From the Author: I originally set up The King in Yellow to be a single self-contained Timeline in a Week scenario but the idea has grown increasingly more complex the longer I considered it. I planned to create several distinct TLIAW threads of ambiguous canonicity to this one, each relatively self contained but with enough connective tissue to be rewarding to completionist readers. Until it occurred to me that to the best of my knowledge I've never seen an AH shared universe made up of several interlocking but distinct week long timelines! I put it up to a vote and will be centralizing these new timelines in this single thread, and I hope the end result will be a rewarding and entertaining scenario for readers! This will still serve as the first post for The King in Yellow: A President Lovecraft TLIAW but all those that follow will have their own threadmarked anchor post separate from the timeline updates proper for ease of navigation. Hope you all have fun reading!* 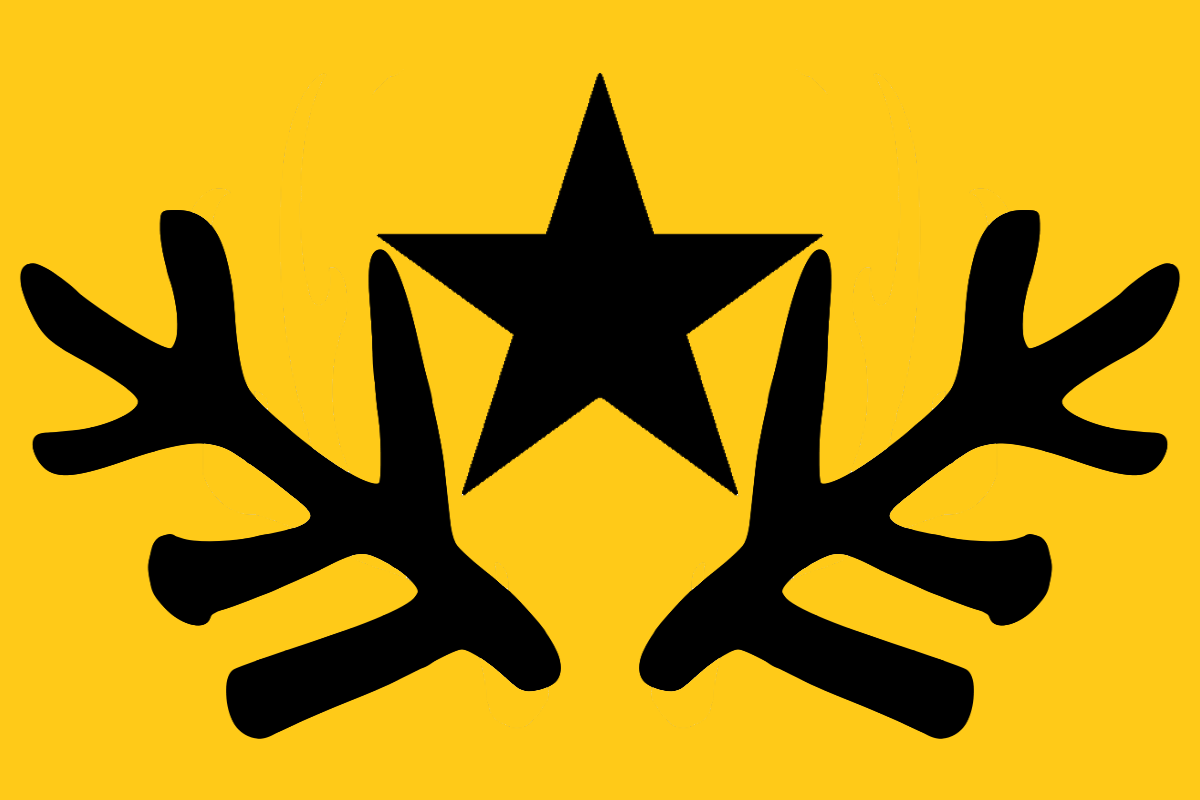 - The Yellow Sign, electoral symbol of the Independence Party​
"Even with the benefit of hindsight the life and times of Howard Lovecraft are a study in contrasts. To his enemies the thirtieth president was a veritable king in yellow, a godless tyrant out to drown the nation's proud heritage of faith and rugged individualism under a tide of socialism. To his friends and supporters he was always affectionately known as the Old Man, whose bracingly clear eyed materialism was softened by a keen awareness of the unseen broader forces at play in poverty and other social ills and by a consistent willingness to offer firm support and sound advice. Whatever our picture of the man it is beyond dispute that he shaped the century, bringing the American people through the ravages of the Depression and the Second Clash of Civilizations and making the critical early moves that would come to define the US posture in the Strange Aeon. Whether his contributions were for good or ill I leave to the reader."
- Excerpt from Thomas Ligotti's The Conspiracy Against the Human Race: The Lovecraft Presidency in Retrospect, considered the most thorough historical analysis to date in light of newly declassified Comintern documents.


Hi all! Some of you may have seen that I've been puzzling over the concept of a Lovecraft presidency here and there over the last few days, so I decided to finally give it a shot! I've decided to structure the thing as a Timeline In A Week, with this little teaser followed by six updates delivered daily covering most of the twentieth century.
I've updated the two general lore posts in the other threads and I'll be linking them below, and of course questions between updates are more than welcome!


Born in the USSA said:
I had an intrusive idea for a timeline I'm tentatively calling The King in Yellow so I wanted to put down some initial thoughts for the electoral shifts that set the whole thing up. It's not a wholly unique party system (since the Democrats at the very least will hang on in the end) but it does revolve around a successful third party shifting the course of the 20th century so I think it would still fit here!

The Independence Party is commonly described as the beneficiary of an almost inevitable meteoric rise, a sign of the times by which to conquer, but this is a comforting mask applied with hindsight over a roiling and tumultuous electoral force, a churning undertow born out of New York and New England and unleashed like a tide over the nation.

Originally founded to serve as an progressive electoral vehicle for William Randolph Hearst's successful New York mayoral run, the later success of the party in the 1907 Massachusetts gubernatorial race marked a turning point, transforming a New York party overnight into a potential national force and validating Hearst's heartfelt belief that he was destined for the presidency. Theodore Roosevelt had other ideas- after 8 years in the vice presidency he was still smarting over being dismissed as the 1904 Republican candidate in favor of Charles Fairbanks.

With the nation groaning under the weight of the Fairbanks presidency but the party establishment unwilling to budge, the progressive Republicans decided to bolt the party under Roosevelt's banner. Although there was talk in the early days of forming their own party, it was eventually decided that splitting the progressive vote between multiple parties would only doom both of them to collapse. It was decided, the progressive exodus changed their registration to the Independence Party, and Hearst suddenly had a competing center of power to contend with. Threatening to withdraw financial support would net him the nomination in the end, but the Independence Party was not yet ripe, with the 1908 election narrowly going to Bryan.

Though he would remain powerful within the party, Hearst would never again regain the sheer control he had in the beginning even as Bryan went on to win reelection over scattered Republican opposition. The Battle of Norfolk and the outbreak of World War I would severely tax the Bryan administration, with a surge of Independence Party candidates winning in the midterms. Roosevelt would decline to run himself as a condition for securing Hearst's support behind Beekman Winthrop as an inoffensive consensus candidate. The Independents would become vocal proponents of the war, with the US entering it a full year early.

Winthrop would serve two terms, combining Hearst's focus on urban renewal with Roosevelt's New Nationalism and the cutting edge of rational progressive policies. The Independence party would declare itself the champion of defense and social spending, the friend of labor, and the executors of a rational policy to bring the nation into the new century and would nominate Leonard Wood to carry the banner forward in 1924. It would prove a rout, with Warren G. Harding winning the presidency on a tide of voters alarmed at the pace of change under Winthrop and seduced by the siren song of a "return to normalcy".

Although the party would retain enough of a place in congress to prevent the outright elimination of their policy gains, with the benefit of hindsight the most crucial development for the party that year was happening outside of it- first elected to Congress in 1920, war correspondent turned Republican public intellectual Howard Lovecraft would soon sour on Harding and begin to drift into the Independence camp. HP Lovecraft, the man who would eventually embrace the Independence reforms so thoroughly that he would remake the party itself in his image...

Any questions are welcome

Born in the USSA said:
Have you seen the Yellow Sign?

I've been consumed with an idea recently for a short timeline called the The King In Yellow about a successful progressive third party resulting in President Lovecraft, so I decided to whip up a party standard inspired by the symbol for communism in Disco Elysium. The Independence Party originated in New York City under the patronage of William Randolph Hearst to support his successful run for mayor but began its climb to national prominence following the influx of progressive Republicans under former Vice President Theodore Roosevelt and General Leonard Wood. Combining a strong position on national defense with Hearst's focus on urban renewal and Roosevelt's New Nationalism the party sought a progressive middle ground between the small-government conservatism of the dwindling Republicans and the rural populism of the Democrats. Adopting the color yellow and the elk as electoral symbols, the flag of the Independence Party is colloquially known as the Yellow Sign. The avowed atheism of Lovecraft and his inner circle within the party would earn them the derisive moniker "The Church of Starry Wisdom" at the hands of Longist critics, though this would be adopted out of spite by the party's Depression-era paramilitaries during street battles with the Klan and the Black Legion. Whispers that the Church of Starry Wisdom continues to exist as a secret society within the broader Independence Party are scurrilous rumor.
Click to expand...

Glad to hear it! I think it's going to be a pretty interesting ride

Of course I have seen the sign! But have you seen the play?

Very much looking forward to this TL.

Pexa said:
Of course I have seen the sign! But have you seen the play?

Very much looking forward to this TL.
Click to expand...

A bit decadent for my tastes, plus there's a flabby pale man following me around now

This should be interesting…

I saw the sign, and it opened up my eyes.

Mad Bad Rabbit said:
I saw the sign, and it opened up my eyes.
Click to expand...

Such an upbeat song, still a bummer about the subject matter

I promise he's not going to be Eldritch Hitler

, even OTL his political attitudes are far more complex than people give him credit for, with the POD only accelerating his change in attitudes rather than radically altering it
Last edited: Nov 16, 2021

Hopefully he is a bit less insane than his KX counterparts....

raffaele gaggioli said:
Hopefully he is a bit less insane than his KX counterparts....
Click to expand...

It's a low bar but I think he'll clear it! He never becomes a literal king I swear!

So who is going to be his VP? Robert E. Howard?

Watching this with bated breath.

raffaele gaggioli said:
So who is going to be his VP? Robert E. Howard?
Click to expand...

This looks rather interesting!

Born in the USSA said:
Two Gun Bob has a prominent role to play but it won't be as Lovecraft's VP
Click to expand...

Plot twist: Cthulhu emerges from the Potomac in the last scene, right?

Not even on purpose, i found this on google less than two minutes ago. I think it fits rather well

Neal Caffrey said:
This looks rather interesting!
Click to expand...

Glad it's stirring up so much interest! The pressure's on now!

I can neither confirm nor deny...

Oh make no mistake Lovecraft's America is one with the power to end the world, no tentacled man-dragon required

Not even on purpose, i found this on google less than two minutes ago. I think it fits rather well
Click to expand...