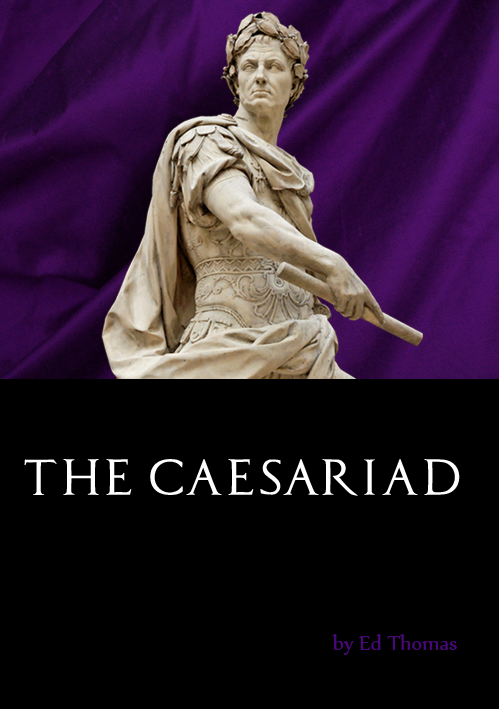 (Taken from Book 1 of the Caesariad)

Arms, and the men I sing, who, forc'd by fate,
And jealous Vulcan's eternal hate,
Fought long and hard, in terrible war,
To win the glory their divine father bore.
Three sons, each holding a single part,
Of Caesar's godhood; his beauty, valour, and art.
For no mere mortal, even those of his seed,
Could match the ability of the Divine Julius to lead
The scions of Romulus, from whose loins had come,
The long glories and Empire of majestic Rome.​

Well. this should be interesting. Epic awesomeness, here we come...

So if I'm understanding the Shakespearean dialog correctly, this is a TL where either:

A. Caesar had sons, or
B. The 2nd Triumvirate had a man equal to Octavian's and Antonius's ambitions, in contrast to the nonentity of Lepidus.

I've got to confess being embarrassingly ignorant of classical history, but your work is always edifying as well as fun. By the end I'll be stuck on it, I'm sure.

I take it that Caesar isn't assasinated and goes on to become the first Emperor (or equivalent) and is deified? Suweet.

Can't wait to see what you've got going here Ed.

EdT is working on another timeline! Subscribes.

Ditto. Looking forward to how EdT does classical.

Banned
Having been a very big fan of A Greater Britain and Fight and Be Right, and having seen a map of your plans for this on your Diventart page, I am enthusiastically subscribed and already hoping for more.

Interesting. I have occasionally toyed wit the notion of attempting to write an epic poem. I am curious to see where this goes.

This looks amazing!! I wonder if Julius Caesar becomes an important God in the Roman Pantheon. I eagerly await your next update EdT

Donor
I heartily look forward to your take on what seems to be a longer lived Julius Caesar!

I wonder what role his "son" by Cleopatra, Caesarion, will play in this TL, should the POD be late enough that he is born...

Based on that very pleasant verse, I can guess this much:

1) Caesar (either as a result of longer life or changed circumstances, perhaps both) sires three sons.

2) Upon Caesar's death a war of succession breaks out between the three.

The mention of 'jealous Vulcan' peaks my curiosity. Will a volcanic eruption have some part to play in the unfolding of events? Only time will tell...

mrmandias said:
I take it that Caesar isn't assasinated and goes on to become the first Emperor (or equivalent) and is deified? Suweet.
Click to expand...

Not being able to read Ed's mind, I can't say anything on the (non-)assassination ITTL, but the deification also happend OTL. To quote wikipedia:

Julius Caesar was the first historical Roman to be officially deified. He was posthumously granted the title Divus Iulius or Divus Julius (the divine Julius or the deified Julius) by decree of the Roman Senate on 1 January 42 BC. Though his temple was not dedicated until after his death, he may have received divine honours during his lifetime:[97] and shortly before his assassination, Mark Antony had been appointed as his flamen (priest).[98] The cult of Divus Iulius was promoted by both Octavian and Mark Antony. After the death of Antony, Octavian, as the adoptive son of Caesar, assumed the title of Divi Filius (son of a god).
Click to expand...

Oh, sweet merciful Christ. EdT takes on the classical world? In the form of an epic poem?

This is more beautiful than if Virgil wrote about Sealion.