Alright so this time I will be addressing the French medium bomber force, there is quite a lot that can be improved here. Note that the timelines I'm talking about don't take into account the fact that there could be far less disruption of production , early modernisation of the factories and faster development thanks to the engine changes addressed earlier in this thread, so things could be moved by several months.

General problems with bomber procurement:
- the Air Force was obsessed with using 20mm cannons as defense weapons even though they were not suited at all for the job. They are heavy, bulky, used 60 or 30-round magazines that are very hard to reload in flight, they mess with aerodynamics. It would be far better to rely either on HMGs (13.2 or 11mm) or on dual or single 7.5 MMGs, preferably belt-fed.
- another obsession with 1934-193X programs was the use of twin-tails. These proved very hard to develop and make safe, with the LeO 451 for example being plagued with accidents involving the tail. Ironically when France ordered US bombers, many of those had a single tail. Had the Air Force not specified the type of tail, modern aircrafts would have been developped more quickly and taken less time to make reliable.
- the Air Force specified the engine, which caused delays if said engine was notready yet. Ask the engineers to choose the engine or design airframes that can accept either type and you would be able to test aircrafts sooner and refine them while still having time to swap for the more promising engine later on.

The Amiot and Bloch are rather similar in layout and overall job, carrying 800-1000kg of bombs internally and 1600kg in total. The MB 210 was a later aircraft which had better aerodynamics and engines so it was faster by ~30kph (325kph maximum, 240 economic cruise) and could operate at higher altitudes, but had similar cruising speed.
The Amiot in particular seems to have inspired the British as the Handley Page Hampden seems to have been a refined Amiot 144, so even those old French bombers could be useful in early WW2.
The Potez 540 appears to do the same job but has poorer aerodynamics than both, so IMO that should have been cut in favor of more Amiots or MB 210s.

The Amiot and Bloch seemed to have had somewhat complementary features and it's unliquely that France can standardize on either of those this early, so my take on it would be:
- replace the frontal 7.5-turret with 4 nose 7.5 MGs used by the pilot to deter frontal attackers. This turret caused serious drag and the gunner was standing up so couldn't effectively use the MG anyway due to G-forces.
-replace the worn-out engines (especially of the Amiots) in 1937-39 with more powerful ones so that performance and reliability go up. Will also allow supply to be better standardized with the more modern aircrafts. Add in more aerodynamic cowlings.
- do not cancel the order for the more aerodynamic (folding gear) Amiot 144. This would have entered service in 1936 OTL without production issues because it remained similar to its predecessor. It increased overall speed (maximum and cruise) by a whopping 60kph, offered an amazing range of 4000km which has a ton of strategic uses and had a redesigned bomb bay that was easy to reload and increased capacity to 2000kg of bombs. If possible rebuild the 143 to the same standard when the engines are replaced.
- change the sights to newer ones when possible.
-keep producing Amiot 144 and Bloch 210s until new bombers are available, which should be around 1937 ITTL.

These changes would allow:
- to increase reliability and performance (300kph cruise, ~350-370 maximum) of the old aircrafts while standardizing engines.
- to remove one aircraft from the orders (Potez 540)

The Bloch would be useful for high altitude night bombing thanks to its higher service ceiling, while the Amiots are your average medium bomber.

Spoilers: Amiot 144, Hampden prototype for comparison, and a drawing of a refined MB 210 as proposed in this blog 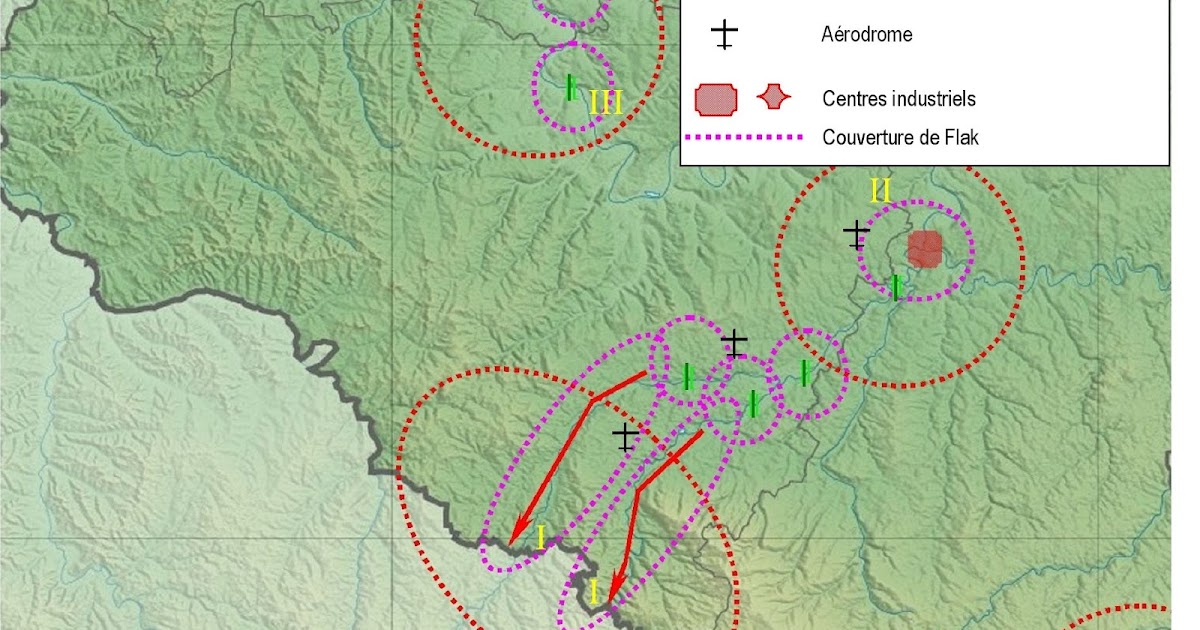 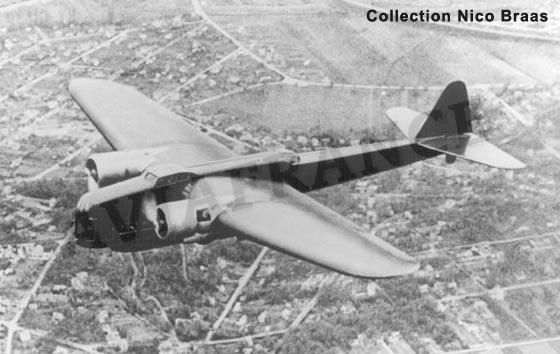 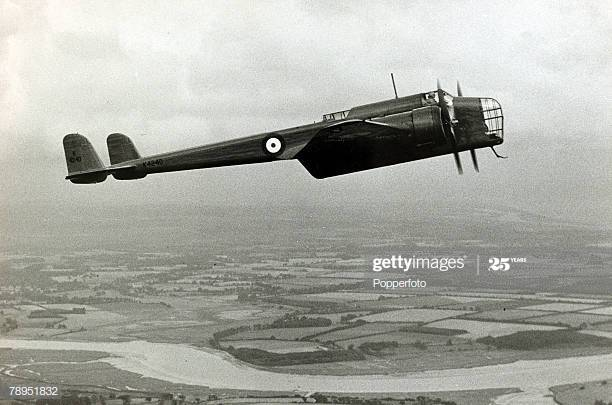 McPherson said:
The Somua S35 with an AMC35 2 man turret (there is room enough to fit a ball race large enough to fit it.) would have been a FORMIDABLE cavalry tank.
Click to expand...

Indeed, FCM designed two and three-man turrets with a turret ring diameter of 1435mm in 1942 for Somua S35s, and it doesn't seem that the hull was enlarged so it could easily take the APX 2 with 1395mm turret ring. (but the cavalry only asked for 30kph minimum top speed which the Somua far exceeded already). I estimated the weight of the 25mm version as under 2 tonnes (1300kg heavier than the Berliet turret Renault FT, while the better armored APX R is at 750kg while being roughly as large as the Berliet). Given that increasing armor by 16mm on the APX 4 increased weight by 540kg over the APX 1, and the surfaces to armor of the APX 1 and APX 2, the APX 2 should remain at under 3 tonnes with 40mm of armor, so the increase in weight on the S35 would be under a tonne.
However this turret had no ready ammo so ROF won't be increased much. Now that I think about it, adapting it for heavier armor might warrant so many changes that an entirely new turret could be developped anyway.
The APX 2 would also reduce height by 22.4cm at the cost of the commander's cupola (but the APX 1's wasn't amazing in any case).

That aside, I have some additionnal dates:
- Development of the SOMUA CAM 1 (SAu 40 predecessor) for the infantry happened in 1935 and stopped somewhere the same year. The order for the CAM 2 (SAu 40) by the cavalry was only sent in June of 1936, so at least several months may have been lost not working on what was fundamentaly the same SPG (same requirements), possibly even more so as the SAu was quite a significant redesign from the CAM 1. Add in the 6 months or so not having a gun and a turret (the latter could have been frankly omitted) due to priority for the ARL V 39 and further delays caused by SOMUA working on the G1 contender from 1936 to about 1938 and having to to try the ARL and SAu simultaneously, and possibly over a year may have been lost.
Given that SAu 40 production started in the Spring of 1940, having it or the CAM 1 in production in the Spring of 1939 or earlier is reasonably plausible.

- The S35 was pretty much fully developped by the Spring of 1936. However, the cavalry only started seriously setting the requirements for the replacement in late 1938, and work on the S40 began in earnest in April 1939. The G1 contender possibly already started some of the changes put into the S40 (probably the new engine), but given that the S40 involved fairly limited changes in overall layout, it could really have been developped starting in 1937 based on crew experience of the S35, which would allow production to take place somewhere in late 1938/early 39.

- APX cast turrets were a serious bottleneck in tank production, further amplified by the nationalization of APX's tank production facilities as ARL. Development of the welded ARL 2C only started in January 1939. Development of new (especially welded turrets) is IMO where significant ITTL changes could be made, as the APX 1 and APX 2 were ready by 1935 and no new turret was seriously designed between 1935 and 1939! Reducing FCM involvement into naval production to focus on turret development and/or modernizing APX sooner would help (and the latter change would reduce the anti tank gun bottleneck too).
Last edited: Jun 28, 2020
Threadmarks
You must log in or register to reply here.
Top
Top