How about the east of the US and Canada?

I don't think that the mountains there aren't high enough to create a rain shadow.

And I think the shape of North America in there is facing towards the ocean and not away from it.

BTW, I just know that significant amounts of North America would be tropical jungle. After all, it does start at 5 degrees north and ends at 40 degrees south.

Maybe some kind of monsoon going on? I.e. coming in from the north and hitting the rockies?

So which IRL continent do you think North America would be the most like?

I'm from Southeast Asia, and at a guess, the climates are gonna be like California in temperature but not in dryness because of the lack of a rain shadow and mainland Asia blocking what would otherwise be a high-pressure ridge.

aja675 said:
I'm from Southeast Asia, and at a guess, the climates are gonna be like California in temperature but not in dryness because of the lack of a rain shadow and mainland Asia blocking what would otherwise be a high-pressure ridge.
Click to expand...

Most of California sits west of the Sierra Nevadas, so its aridity/semi-aridity is not really due to the rain shadow effect. Rather it's because of the fact the southern half of it lies at the edge of the desert belt - look at the Mojave Desert north of LA and east of San Diego. Most of the inland part of the state south of the San Francisco Bay Area is practically desert/semiarid brush country outside of the Sierra Nevadas. In fact, the presence of a high pressure ridge during the summer and fall is what makes most of California quite dry especially during that time of year. But it will get wetter during the winter in the coastal areas, giving this state a Mediterranean rainfall pattern.

Do y'all not at least think that China and its surroundings will block the high-pressure ridge?

Would that be the case or not?

So are you implying archipelagic Southeast Asia is still gonna be Mediterranean in climate?

Highly relevant to this thread:

Project Retrograde — imagine Earth rotated in the opposite direction

The rotation of Earth shapes our climate system in various ways: It controls the major wind directions, lets the weather systems swirl, and, together with the topography, it creates strong ocean currents. Many other features of the climate system, like the monsoon systems and the meridional overturning circulation in the ocean arise from complex interactions within the climate system, and their exact dependency on the topography is hard to pinpoint.
Click to expand...

It's a long read, has a few animations of yearly cycles and even goes into how this would affect phytoplancton.

I've just started getting used to this one so I thought I might as well give it a shot.

Mongolia at the North Pole: 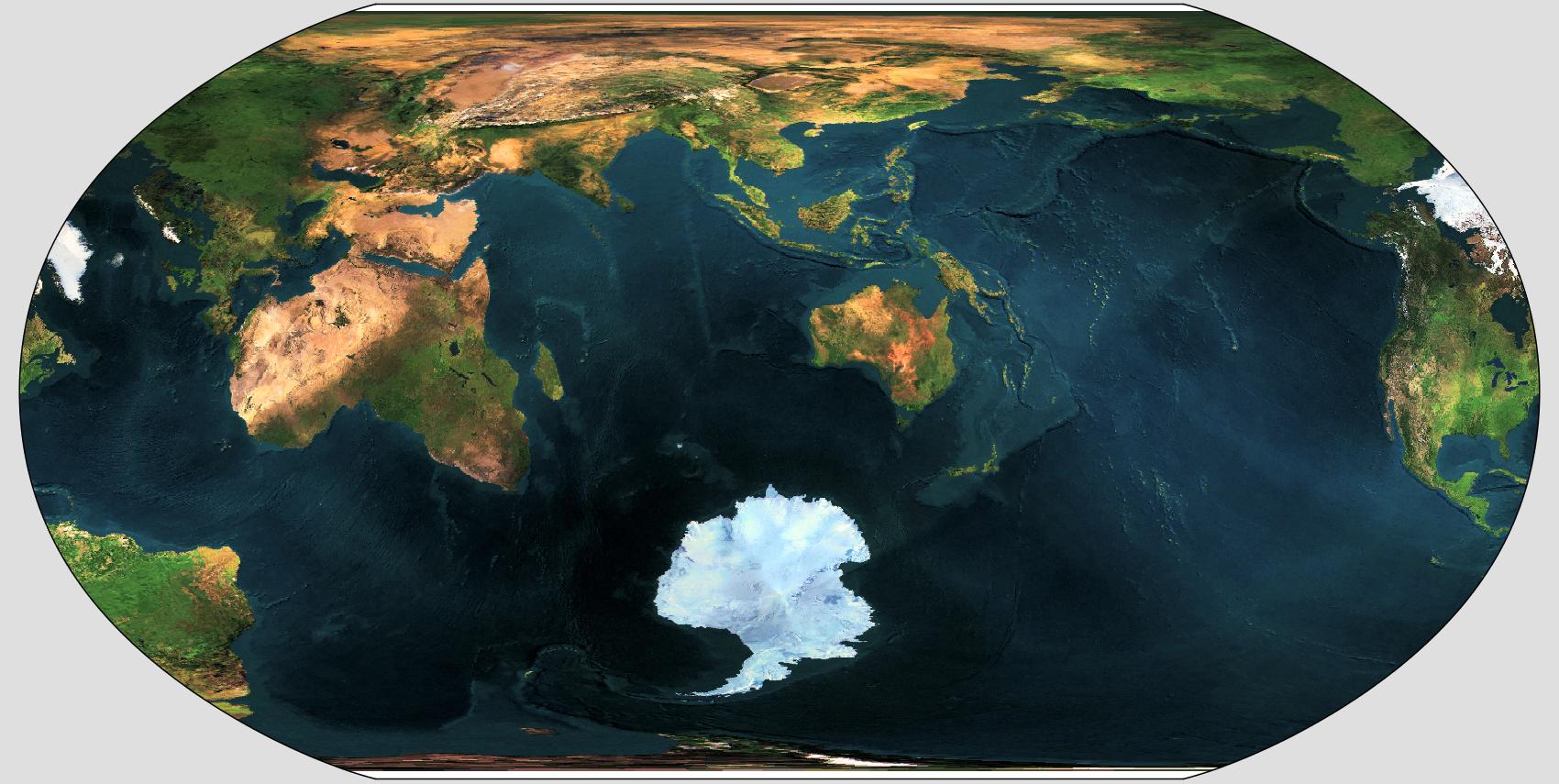 Simpson in Australia at the North Pole: 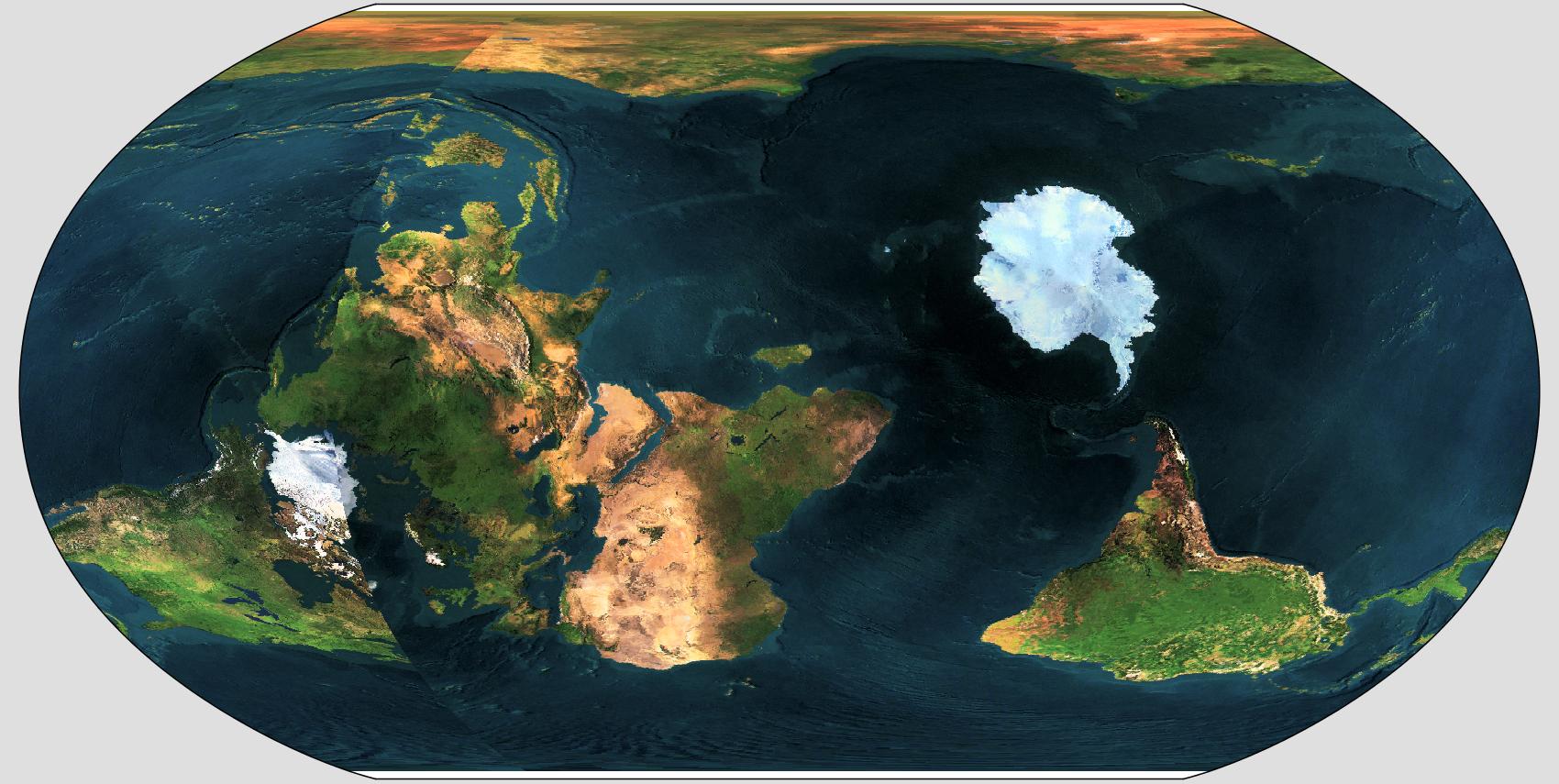 I'm guessing that in the former, the ice cap would be very large due to occupying Eurasia, possibly even larger than the Pleistocene Ice sheet, while the south pole is in Argentina, meaning a smaller than OTL Antarctica (though still larger than OTL Arctic) would exist there too. Heck some of Antarctica may still be icy here. So 200m lower sea levels and a temperature even lower than the Pleistocene, if only by a degree or two. Would be a very cold world to live on, and hard to inhabit.

The latter on the other hand could be a very interesting one to dwell in, as it would be somewhat warmer and with higher sea levels than otl (I’d say by 40m at least, maybe 50) due to Australia being significantly smaller than Antarctica and thus depressed by ice. This world's jungle region may in fact be the Middle East, southern Antarctica and Patagonia.
Last edited: Mar 14, 2019

Forbiddenparadise64 said:
This world's jungle region may in fact be the Middle East, southern Antarctica and Patagonia
Click to expand...

Wouldn't regions from Magadan to Socotra have jungle?

Yeah they would, as would east Africa and Madagascar, which would be much closer to the equator too in this timeline and horizontal so the climate would be more uniform. Heck, Alaska is also on or at least near the equator here. Plus this world would be somewhat warmer and wetter than our world even with the same atmospheric composition, so the tropical range would be a bit larger.

What if the middle east was the North pole?

Cantra said:
What if the middle east was the North pole?
Click to expand...

Depends on what "Middle East" is meant. I am sure Istanbul as North Pole is way different from Qom or Mascat, or Mecca.

Mecca is the North Pole. 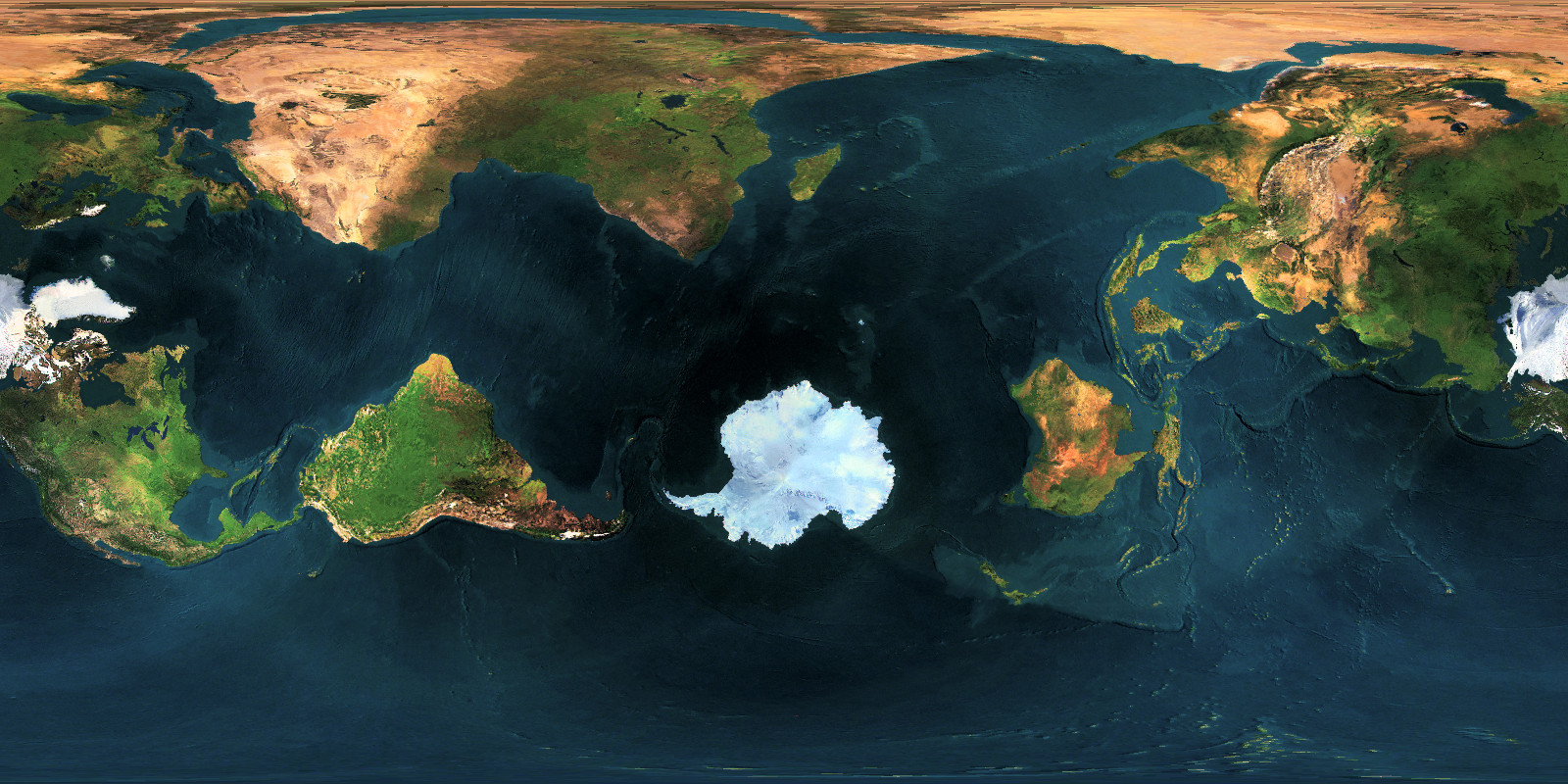 That's one hell of a Southern Ocean. Furthest place from god indeed. 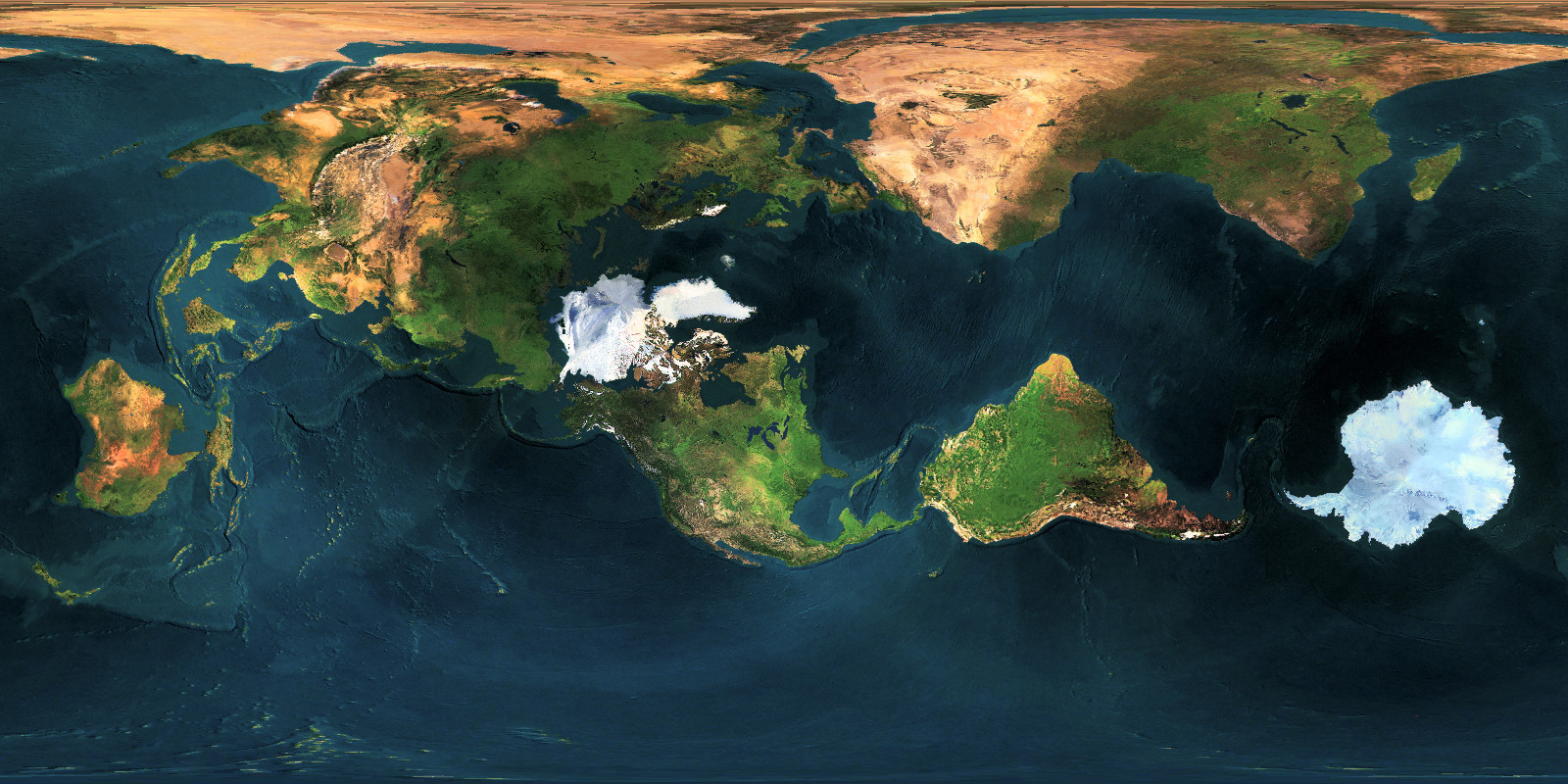